It’s a well known adage that bigger is always better. While that may be true for most things, it’s certainly true when it comes to animals. You expect some animals to be big (I’m looking at you, elephants) but sometimes you’d be surprised just how big some animals can get. 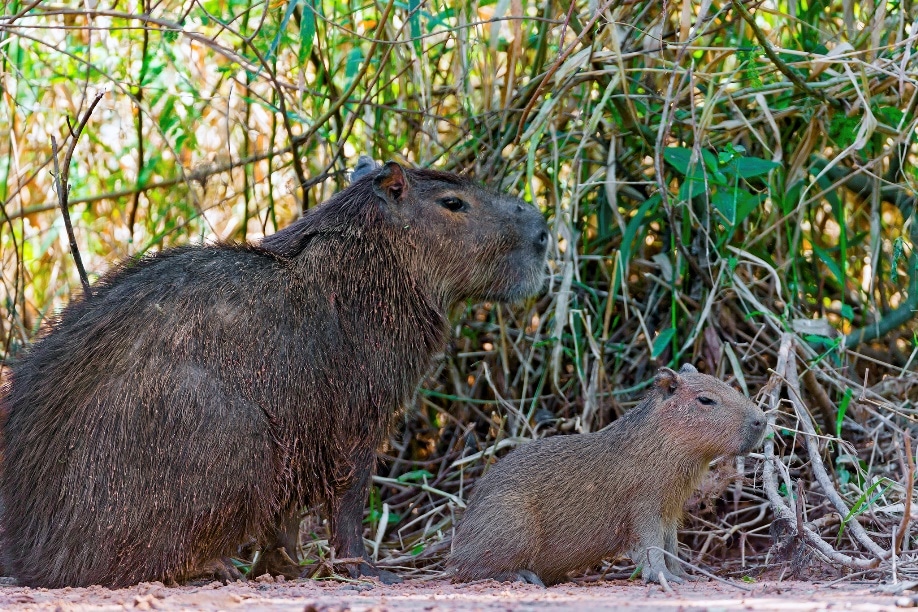 While they may not live in the fire swamps, the capybara of South America (don’t forget travel insurance before you book your trip.) is certainly bigger than your average guinea pig. Adult capybaras often grow to between 3.48 to 4.40 ft (106 and 134 cm) in length, and typically weigh 77 to 146 lb (35 to 66 kg). The heaviest recorded weights are 201 lb (91 kg) for a wild female from Brazil and 162 lb (73.5 kg) for a wild male from Uruguay. They can live for eight to 10 years as long as they don’t get eaten by ocelots, eagles or caiman, which all view them as “favoured” prey, apparently. Maybe they we should send them some giant hamster balls to hide in?

While they usually live in groups of between 10 and 20, they can be found in groups of up to 100. And I thought I struggled to remember all my relatives’ names at weddings. Sorry, cousin Toby. Or is it Tony? 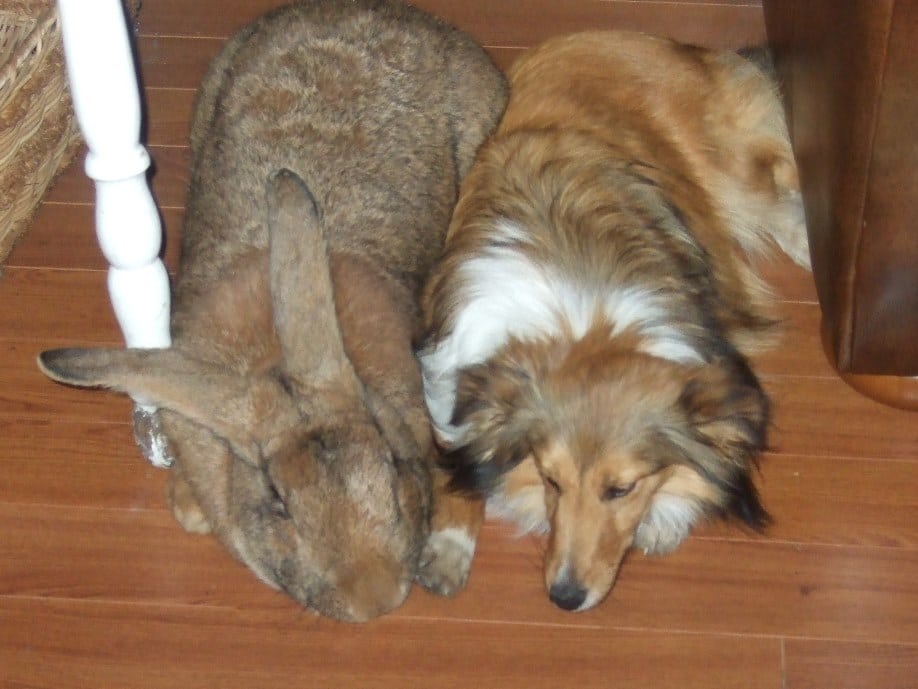 What could be cuter than a rabbit? How about a rabbit the size of a dog? Meet the Flemish rabbit. Originally from the city of Ghent, in Belgium, they’ve been bred since the 16th century. These cotton tails can weigh up to 22 lbs (just under 10 kg) and grow up to 32 inches (81.28 cm) long, which works out as an awful lot of carrots. 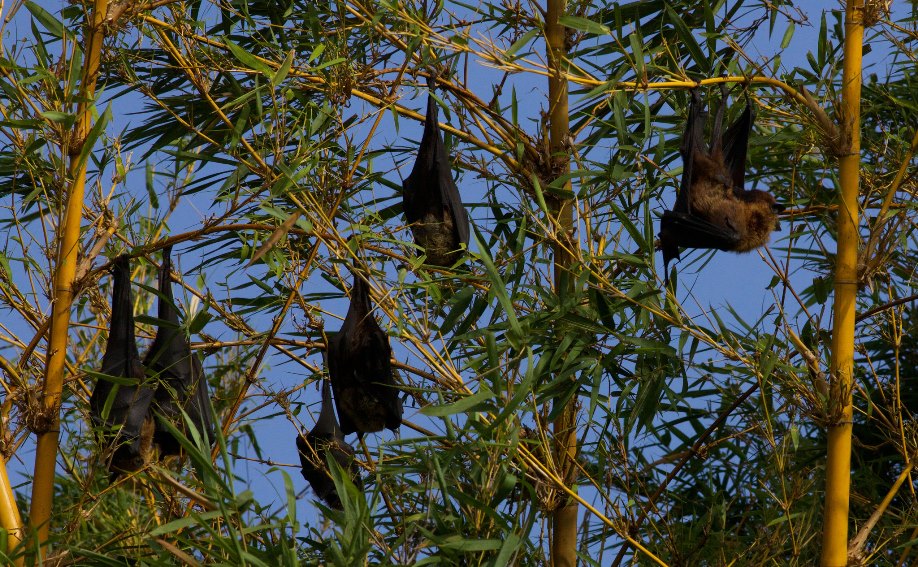 OK, so I may have exaggerated when I said “favourite” animals. While rabbits and giant guinea pigs are cute, from here on out these animals are still huge, but far less cute. Having said that, the flying fox, the largest type of bat on the planet does have a certain charm. They live in the tropics and subtropics of Asia, Australia, East Africa, and several remote islands found in the Indian and Pacific Oceans. With a wingspan of up to 4 ft 11 in (1.5 m) and weighing up to 3.5 lb (1.6 kg). Don’t worry, though – they only eat fruit, so the worst they’ll do is swoop down, steal your apple, and haunt your dreams. 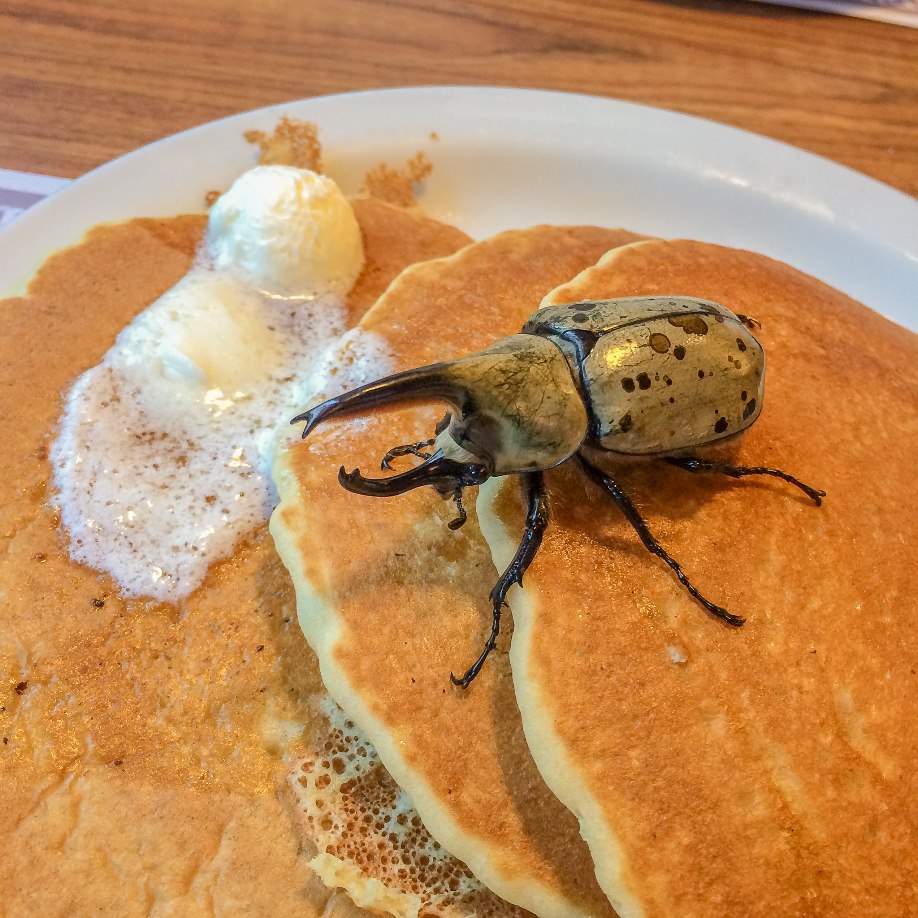 Sometimes, being a giant is all relative. While being up to 6.5 inches (16.5 cm) long isn’t that much to us, if you’re a beetle, it’s a pretty gargantuan achievement. The Titan and Hercules beetles, found throughout the rainforests of Venezuela, Colombia, Ecuador, Peru, the Guianas, and north-central Brazil are the largest beetles in the world. Even bigger than a certain foursome from Liverpool, according to some. 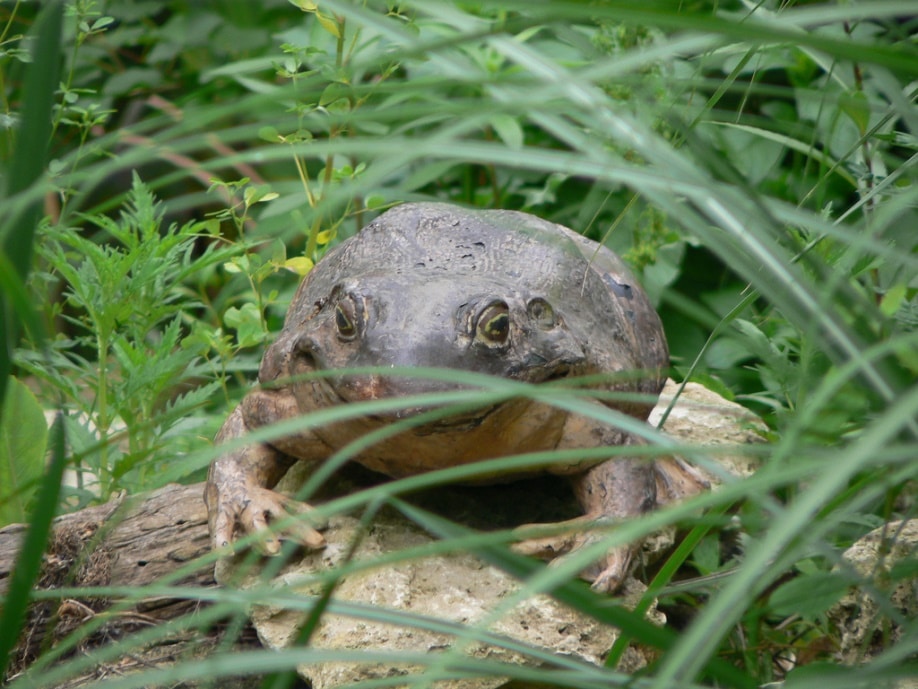 Sometimes people manage to come up with the perfect name for an animal. So what do you call a huge great frog, the largest living species on Earth? Why, the Goliath Frog of course! Weighing up to an impressive 7.17 lb (3.24 kg), these jumbo jumpers are certainly bigger than the frogs we usually see hopping around the garden. Found in small areas of Cameroon and Equatorial Guinea in Africa, these above-average amphibians live up to 15 years in the wild, and 21 years in captivity, on a diet of worms, insects, dragonflies, smaller frogs, crabs, young turtles and snakes. Incredibly, during the tadpole stage, they eat only a single species of water plant. 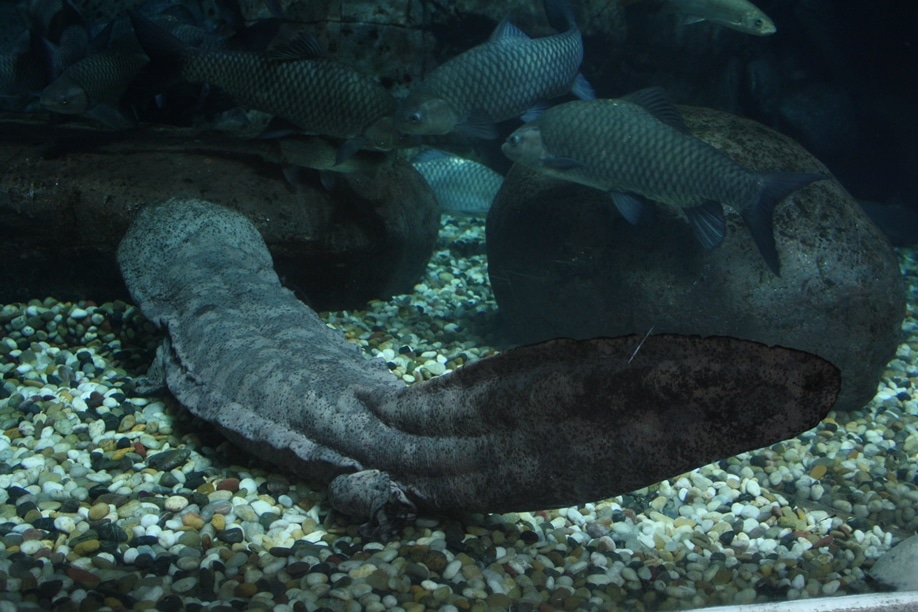 Sticking with amphibians, say “hello” to the Chinese giant salamander. This happy chap can weigh in at a staggering 110 lb (50 kg) and reach lengths of 5.9 ft (180 cm). They’ve been around for more than 170 million years and individuals tend to live for around 30 years. They have been known vocalize, making barking, whining, hissing, or crying sounds. Sadly they are critically endangered and efforts are being made to save the species from extinction.

Giant oarfish | Around the world

Now I am sure that this animal is no one’s favourite, but you have to admit that it’s definitely big. The giant oarfish (also known as King of the Herrings) is the longest bony fish ever discovered, reaching lengths of 36 ft (11 m), with unconfirmed reports giving lengths of up to 56 ft (17 m). While it was once thought to be incredibly rare, this fish is now thought to be fairly common. Just something to consider during your next paddle.