I don’t mind my neighbour. We don’t really talk or know each other’s names but we smile and say “Hello” when we pass each other outside. But as far as I know, neither of us have considered holding joint military ceremonies each evening for 45 minutes, where we both compete to show which one hates the other more with lots of marching and chanting. That’s just one of the many things that separates us both from the countries of Pakistan and India. To understand why this happens, we should probably start with a bit of history. You see, Pakistan and India used to be one country called British India (as it was part of the British Empire) until it split into two in 1947. It split into the Dominion of Pakistan (from which Bangladesh later parted), which was predominantly Muslim, and the Union of India (later becoming the Republic of India), which was predominantly Hindu. Since then, the two countries haven’t exactly got on. And this mutual dislike is demonstrated perfectly by the Wagah border closing ceremony. 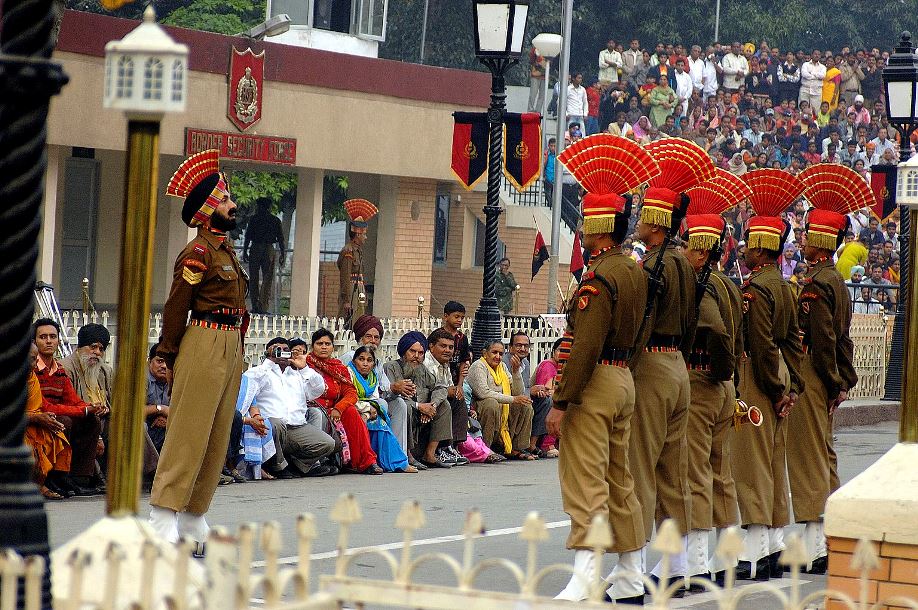 The village of Wagah is right near a border crossing between the two countries, and has been the location of the ceremony since 1959. Each evening, before the sun sets, soldiers from both sides dressed in elaborate uniforms with huge fanned turbans parade up and down with lots of very angry goosestepping to chants and applause from the audiences. 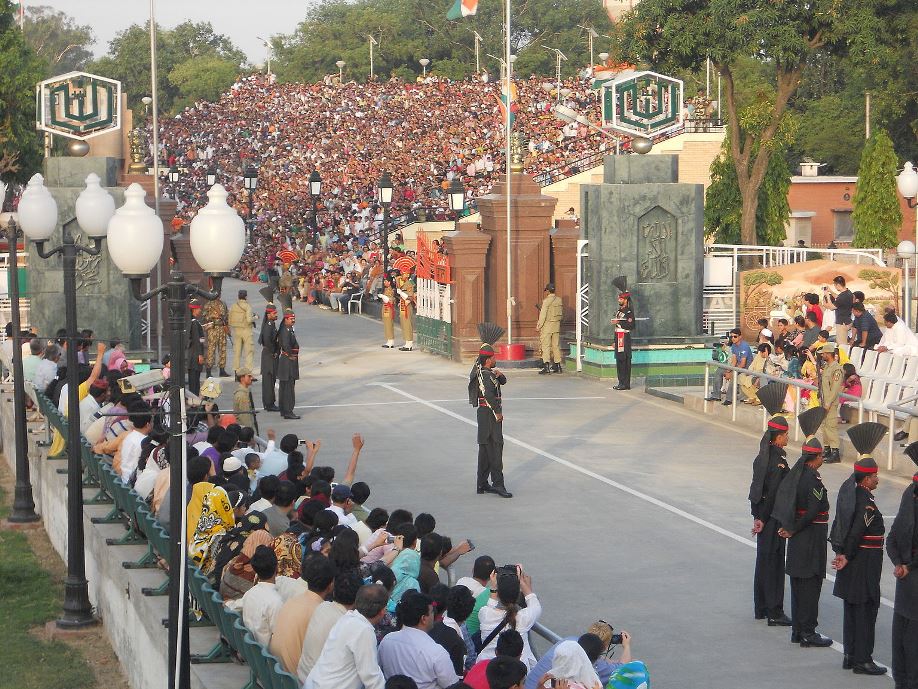 The two countries are separated by two large sets of gates – one set on the Indian side (decorated with an Indian flag) and one on the Pakistani side (decorated with a Pakistani flag). At the beginning of the ceremony, the gates are opened and infantrymen from each side march towards each other to share a rather aggressive handshake before marching away again. Once this is done, each side competes to see who can lower their flag first. Afterwards, the flags are folded and taken away before some more goosestepping and handshaking. The gates are then closed, ready for the whole thing to be repeated again the following day.

Earlier, I said the ceremony was a demonstration of mutual dislike, but this isn’t strictly true. It has also been said that it’s actually a rather touching (if rather terrifying) symbol of brotherhood and cooperation between the two countries. Call it a bit of light-hearted sibling rivalry, if you will. With guns and lots of angry stamping.