Home » Blog » UFO sightings from around the world

UFO sightings are reported by people from all over the world. Captured on their camera phones (and some with a bit of help from Photoshop too), unidentified flying objects bewilder both believers and non-believers. I don’t know about you, but I’m most definitely a believer, not a Belieber. What about you?

The debate about the existence or non-existence of extraterrestrial intelligence can be a draining one to ponder. A handful of sightings are extremely well-recorded and so peculiar that they just might have been close encounters. So I’ve made a list of a few of my favourite sightings from around the world: 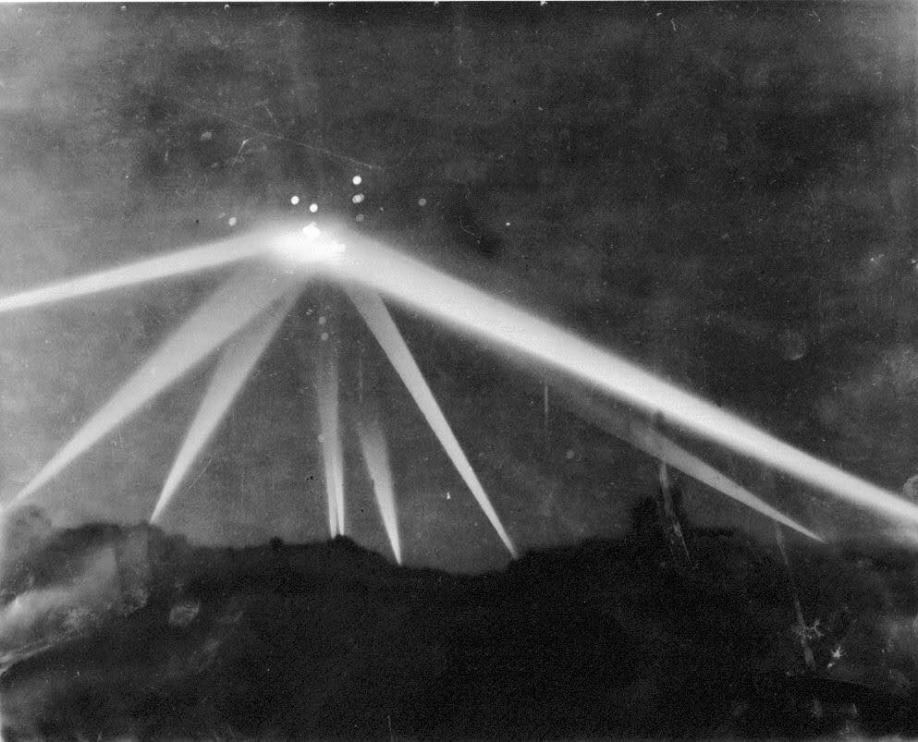 Photo from the Los Angeles Times

Let me set the scene – Los Angeles, February 24-25th 1942, three months after the Japanese attack on Pearl Harbour. Many Americans assumed another wave of Japanese fighter planes were overhead but, instead, a huge UFO hovered above the city. The UFO sighting triggered an enormous anti-aircraft military attack. This incident was witnessed by hundreds of observers. It is rare for a UFO case in the records of ufology to involve the military. It’s also incredibly rare for it to be accompanied by photographic evidence!

Texas 1951. It was a clear, dark night when 18+ lights flew across the sky in an almost boomerang shape. This sighting was lucky enough to be photographed by professors from the Texas Technical College. Some photographs seemed to show one larger light separate from the group; it was concluded that this lone object might be a mothership… SAY WHAAAAT!? The professors checked with air force personnel the following day, who insisted that there had been no traffic in the air the night before. Well, I didn’t plan on sleeping tonight anyway…

Initially spotted on an air traffic controller’s radar, seven objects moved in odd flight patterns that witnesses recounted as bright orange lights. There were two separate waves of UFOs just days apart over the White House. The incident was publicised so widely that it encouraged President Truman to request an explanation. Government officials were dumbfounded over what was happening in their own airspace. The blips travelled around 100mph for the best part, however the objects could reach extraordinary speeds of up to 7,200mph when accelerating (speeds boy racers can only dream of). The capabilities of the UFOs were too high tech for us at the time. And probably for ever more… 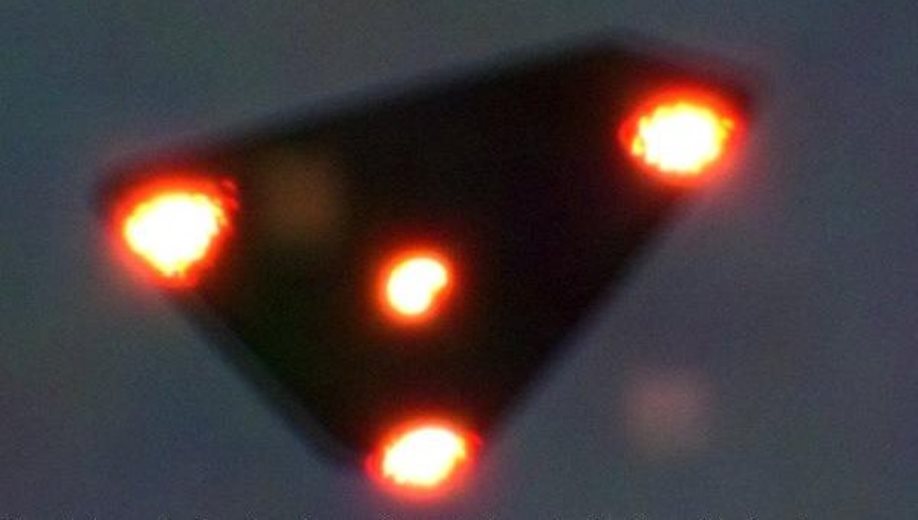 This series of sightings lasted from November 1989 to April 1990, with around 13,500 people claiming to have observed the objects. The UFOs were described as black triangles with bright lights that would change colour. The Belgian air force attempted to track the objects but still offered no explanation for what they could have been. 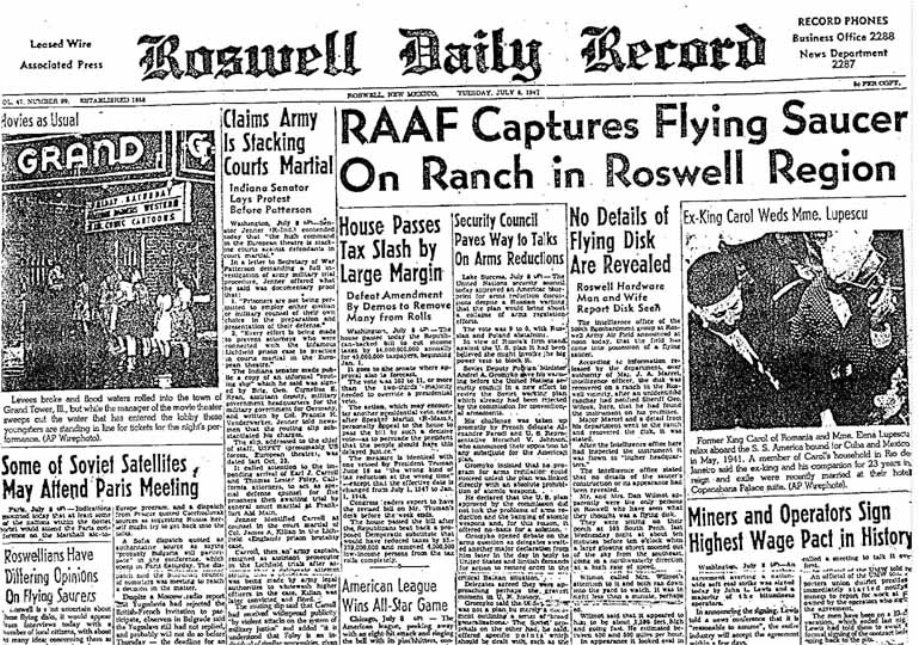 Roswell Daily Record reporting on the capture of the UFO

Ranking as one of the most famous UFO incidents in history, the news spread worldwide when the US air force announced that they had a flying saucer in their possession. But hopes were soon dashed when the military insisted it was actually a surveillance device from a classified operation. 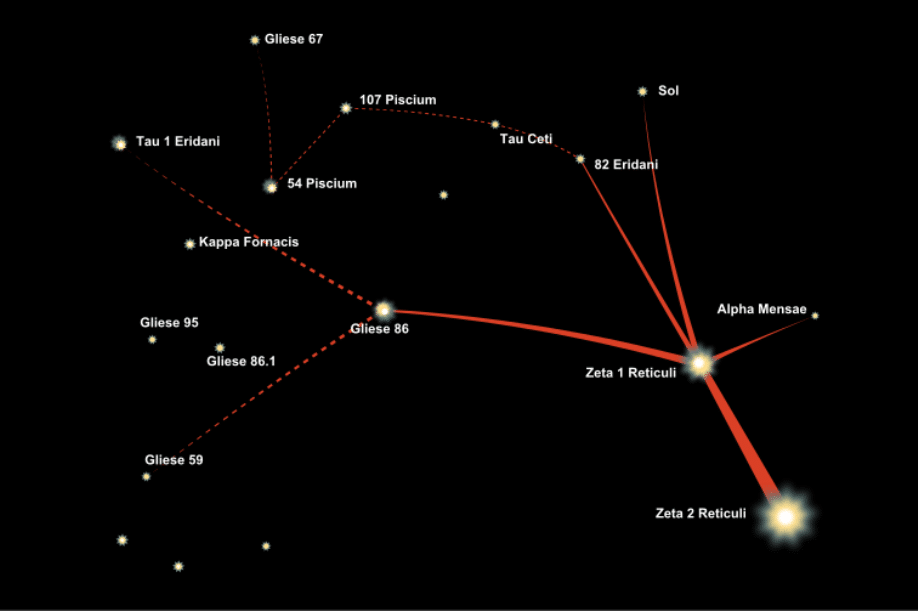 An interpretation of the star map seen by Betty Hill

In 1961, Portsmouth, New Hampshire, a couple called Barney and Betty Hill reported that they had been captured by aliens. The couple alleged they had been followed by a flying saucer while driving in their car (not quite a Jaguar), abducted and then subjected to a physical examination. They also recall seeing a 3D “star map” inside the ship. Even under hypnosis, Barney and Betty upheld their story and generated a great amount of public interest. And I bet you thought you and your partner had some “bants” stories.

Now if only we can figure out a way to give these UFO’s travel insurance.