5 very unusual sports from around the world

Welcome, sports fans, to a trip round some of the world’s most unusual games. Whatever it is you look for in a sport (athletic ability, fierce competition, dead goats), you’ll find plenty of it here. Some of these sports may seem crazy to us in Britain, but as our national sport is just an unnecessarily complicated version of kicking a ball around the park, we’re really in no position to judge. 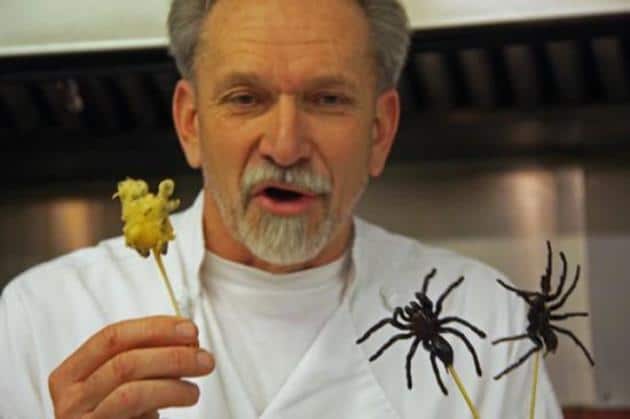 When I think of the culinary delights I would probably devour while in New York, I dribble at the thought of hot dogs and onions, giant pretzels and fruity cocktails. I’m guessing you’re thinking along similar lines, right? Well how about if I was to tell that, every year, the prestigious Waldorf-Astoria in New York played host to one of the world’s strangest banquets? Not for the weak-stomached (so me, then), this gruesome feast consists of pickled eyeballs, maggot-covered strawberries and – horror of horrors – deep-fried tarantula!

Breakfasts from around the world

As we’re so often reminded, breakfast is the most important meal of the day. It wakes you up after a night’s sleep, gets you ready for the day ahead and keeps you full until lunchtime. With such a vital role to play in our wellbeing, it’s perhaps surprising that so many of us leave control of our breakfast in the hands of a cartoon tiger.

6 undiscovered creatures from around the world

Every year, around the world, more and more strange beings are found for the first time. Usually these discoveries are simply different species of insect but sometimes, just sometimes, scientists find a new type of rat.

6 incredible natural features from around the world

Pretty temples, weird statues and funky bridges are all well and good but in my opinion, some of the best sights you’ll ever see are natural. Everyone knows about the usual suspects – your Grand Canyons and your Mount Everests – but what about the natural features that are just as incredible, but not as well-known? Well, here are six such natural features…

To us here in Britain, a banana is just a fruit with a slippery skin; a tasty snack wrapped in a practical joke. In other countries, however, they take it much more seriously – it may be a funny looking fruit with a funny sounding name, but millions of people rely on the banana just to stay alive.

Bizarre public toilets from around the world

In the USA, public toilets are called “restrooms”. I can only assume that this is an example of the famous American use of irony, because there’s nothing restful about them. A visit to a public convenience is a frightening experience full of nauseous confusion and, given the option, most people would avoid them altogether. Often though, this isn’t an option. Fortunately, designers from around the world have been working hard to make our inevitable toilet visits just a little bit more exciting…

6 national drinks that will make you a little squiffy

Most countries have a national alcoholic drink; a recognised tipple that represents their nation. Some of these are as you’d expect; Scotland (whisky), Russia (vodka), Serbia (slivovitz). Other countries are more difficult to guess – for example, you may think that the national drink of England is Blue WKD but no, it’s gin. Just ask my mother (who, it turns out, is surprisingly patriotic.) Here’s some more national booze for you to try – but not all at once, you silly drunkard!

5 Easter traditions from around the world

Spring has sprung, apparently, and Easter is on its way. In the UK, we know the Christian festival of Easter is coming because there are Creme Eggs in the shops, and it becomes socially acceptable to gorge yourself on chocolate, provided it’s in the shape of an egg, a rabbit or a chick. However, other countries have some more interesting Easter traditions and customs.

8 wedding traditions from around the world

In the UK, we have loads of wedding traditions, such as the bride wearing something old, something new, something borrowed and something blue, the throwing of the bouquet and the playing of Come on Eileen during the reception. We did a little bit of research and found out that other countries had some interesting wedding customs too.