Where cork comes from

Have you ever really considered where your noticeboard or wine-stopper came from? Well, it comes from holiday. To be more precise: Portugal, France, Spain and Italy, amongst other warm and dry places. If you’ve ever been to one of these places, you’re bound to have seen a cork oak tree, aka the Quercus suber.

Museums aren’t just for kids on school trips. Some of them can have decidedly adult themes, you know? Here is a selection of the weirdest museums from around the world. You’ll need a strong stomach for some of these…

Drinking cocktails at a beach-side bar as you watch the sun set over the water. Sliding down the side of a mountain on nothing but a pair of skis. Trekking for miles and miles through dense rainforest and sleeping under a bit of tarpaulin. If none of these things appeal to you, then it’s quite possible that you’re a geek. A nerd. A boff. But don’t worry, chuck, because there are still plenty of places for nerdlingers like us to go and have a good time. Just don’t expect anyone else to understand, OK?

Scents to help you recreate your holiday

When I come back from a holiday, I try my hardest to recreate as much of it as I can. I rustle up the food, I drink the appropriate beverages, and I snack on the 22 bags of Lays and Cheetos (crisps) I’ve brought back. I might even listen to some local music. Now I’ve discovered it’s possible to smell like my holiday too! Take a look at the examples below for some inspiration. Sadly, I’ve not managed to smell them all personally…

6 delicious cakes from around the world

There are some people that profess that they are “not big on cake”. Well, I pity them and their inadequate taste buds. Eating cake is one of my greatest joys in life, and it plays a large part of my holiday experience. I like to hunt down and assess regional cakes; I regard it as a hobby, a serious hobby. I haven’t yet tried all of the cakes below. But don’t worry… I will.

Rocks are funny things. If you’ve got a passion for geology, then you most likely find rocks to be quite fascinating. However for most of the rest of us, naturally occurring solid aggregates of minerals probably aren’t the most thrilling things in the world. Luckily, some rocks are made far more appealing purely by the fact that they resemble something other than a rock. So we’ve scoured the globe (and beyond) to come up with our top five “rocks that look a bit like people”.

5 lovely castles from around the world

Castles have always had a certain magical quality about them. They inspire feelings of romance, chivalry and heroism that you just don’t really see around these days. So we’ve found five of the most interesting and beautiful castles from around the world to enable you to rekindle a little of that medieval magic. 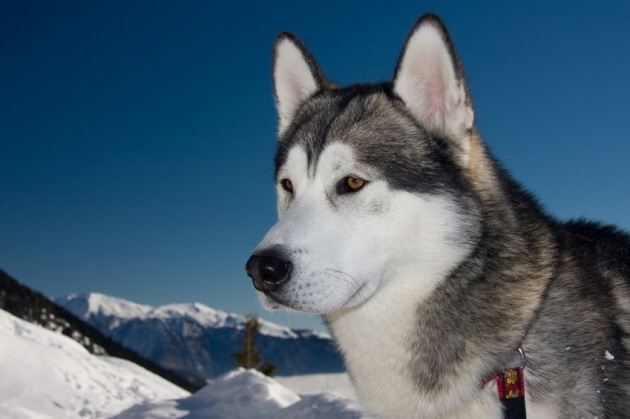 Dogs of the world

Dogs are lovely, aren’t they? Cute faces, waggy tails… man’s best friend really is a magnificent creature. And there are so many different breeds as well, all from different parts of the globe. So, as a blatant excuse to look at some cute dog pictures, we’ve decided to make the most of the tenuous link between dogs and travelling by learning more about some of the world’s different dog breeds. Be prepared to “aww”.

The smelliest places on Earth

We like to engage your senses through the power of the written word. Well, try to anyway. On this occasion, it is smell! We have located five of the stinkiest, most pungent places in the world. Some are nice and some quite horrendous! I dream a dream of scratch-and-sniff emails, but until then you’ll have to make do with this.

I can’t believe it’s not Santa!

Right now, Father Christmas is getting all the toys ready for the night of the 24th. He will fly, with his reindeer, across the globe in just one evening (for which we have insured him) delivering presents. Around the world there are similar traditions; mysterious characters arrive to give presents to the good children and something not so nice to the naughty ones!