Home » Blog » Cobra lily: The meat-eating plant that looks like a snake

Most plants are vegetarian, but for others, a diet of mud and photosynthesis just isn’t enough. Whether because of a simple craving for meat or (more likely) because of a lack of nutrients in the soil, some plants have turned carnivorous and started devouring the surrounding wildlife. One such meat-eater is the cobra lily, a type of pitcher plant native to California and Oregon. Remember to arrange your travel insurance before you head there. 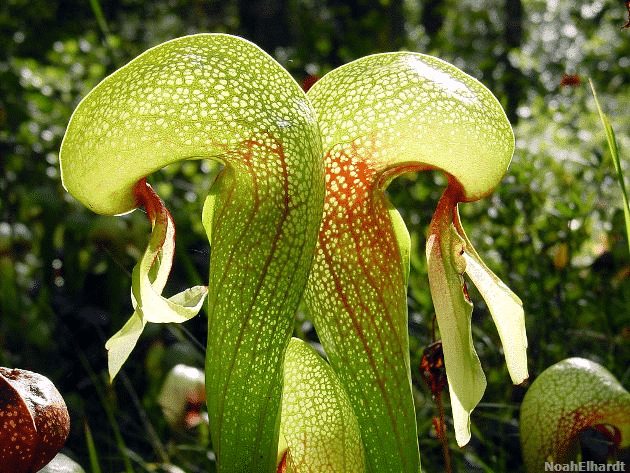 The cobra lily (or Darlingtonia californica, if you’re being silly) gets its name from its appearance – the curled leaves of the plant rise up like a snake ready to strike, complete with a forked tongue coming out of its mouth. It’s an impressive plant although, just like the venus flytrap with its vicious-looking teeth, it does seem strange that it didn’t evolve a more benign appearance. I mean, you really do have to wonder about the mental state of any insect who’d voluntarily climb inside a snake’s mouth. 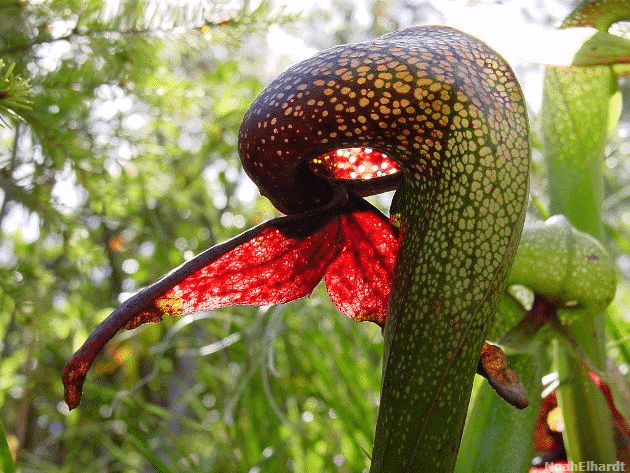 Unlike most pitcher plants, the cobra lily doesn’t collect rainwater in its trap. Instead, water pulled up through the roots is released into the trap as required – a bit like the way our mouths water when we’re about to have a pork pie. That’s not to say that the plant has thought about what it would like to eat, but the process does suggest a more active role in the meat-eating than other pitcher plants (who mostly just sit there passively, allowing the insect murder/digestion to happen as if by accident). 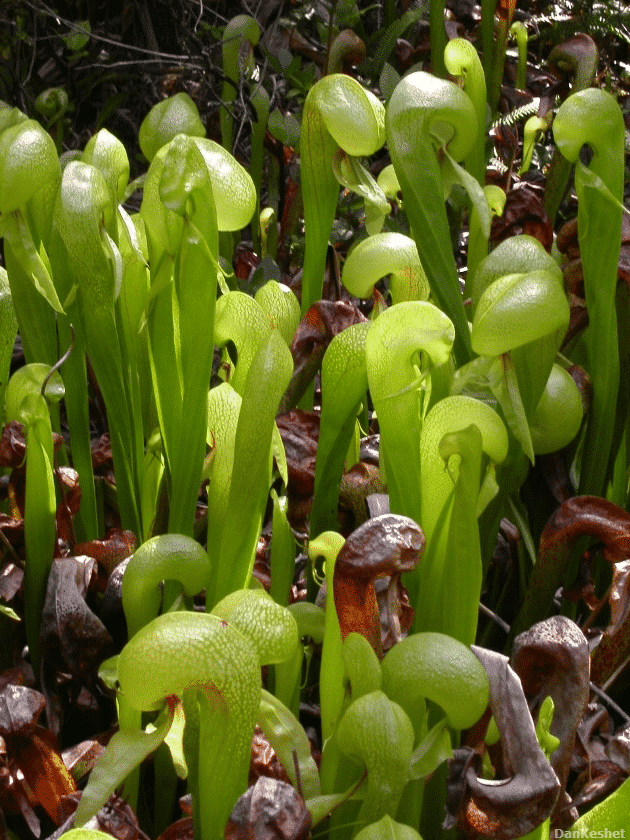 Once an insect has found its way into a cobra lily, it’s unlikely to find its way back out. The plant uses a technique (since borrowed by Vegas casinos) of having just one tiny, well-hidden exit – forcing those inside to tire themselves out looking for it. The leaves that form the cobra lily’s trap also have numerous translucent patches, which act as false exits and further exhaust any unfortunate captives. Eventually, after using all their energy trying to escape, the insects succumb and fall into the liquid (just as Vegas gamblers will eventually give up trying to leave the casino and succumb to the nearest slot machine).
https://www.youtube.com/watch?v=k0z6ZPB02kc
As well as water, the cobra lily fills its trap with an enzyme to help it break down the insects and extract the nutrients. This is common in pitcher plants, which use a range of different enzymes and bacteria to digest their prey. While these toxic liquids may be good for eating dead insects, the real question is how they’d deal with live, human flesh; so if anyone’s got a pitcher plant at home, would you mind sticking a couple of fingers in and letting me know? I’m only asking out of scientific interest, but obviously if something weird happens then some pictures would be great. 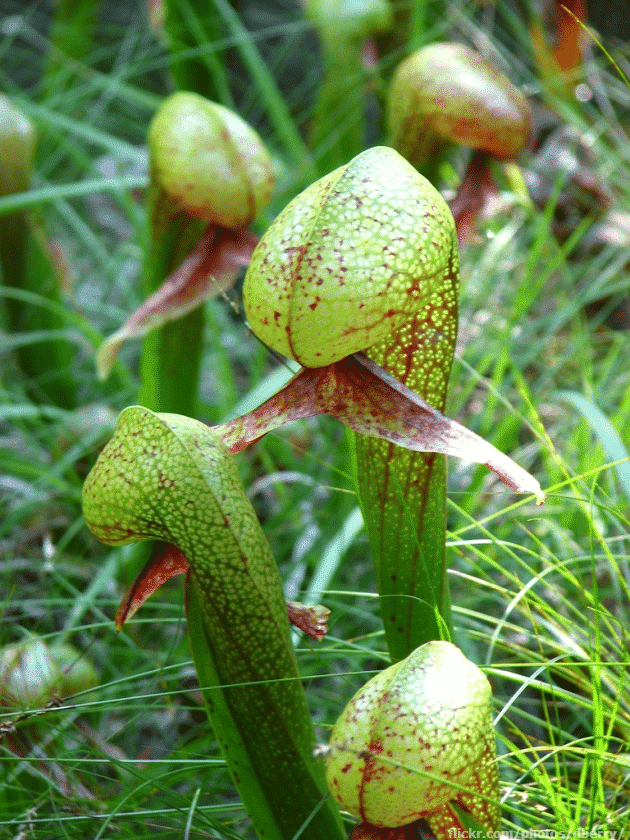 Of course, there is a chance that you might lose a finger or two but, on the other hand, you’d still have five.