Plants aren’t usually thought of as very fast moving – they stay in one place, almost completely still, occasionally drooping over if you forget to water them. In some cases, however, plants can be amazingly quick; grabbing hold of insects, shooting out their seeds or spinning their leaves round to get a suntan.
Over the next few days, we’ll be looking at some of the world’s botanical Usain Bolts, starting with the first in the series… 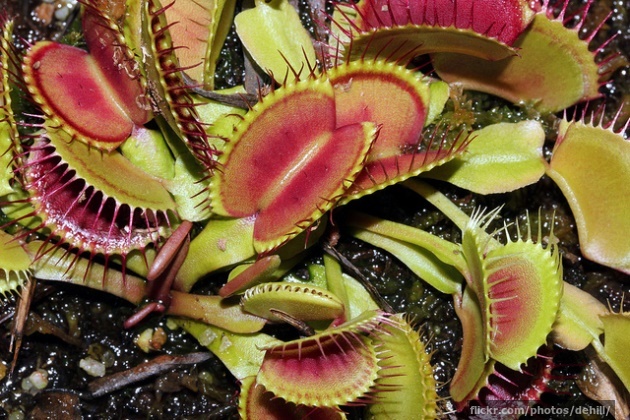 Venus flytraps have probably the most famous movement in the plant world (and the most dangerous, if you’re an ant). Their insect-eating traps can snap shut in as little as 1/10th of a second.

The venus flytrap’s traps look like little mouths, surrounded by rows of sharp teeth, so any insect that walks inside must be an idiot who doesn’t deserve any sympathy. The traps are full of tiny hairs and the plant uses these to detect movement – cleverly, it waits until more than one hair has been touched to make sure it’s catching something alive and edible. Once closed, the plant takes about ten days to eat its dinner – venus flytraps don’t chew their food (that would be terrifying), they digest it using enzymes. 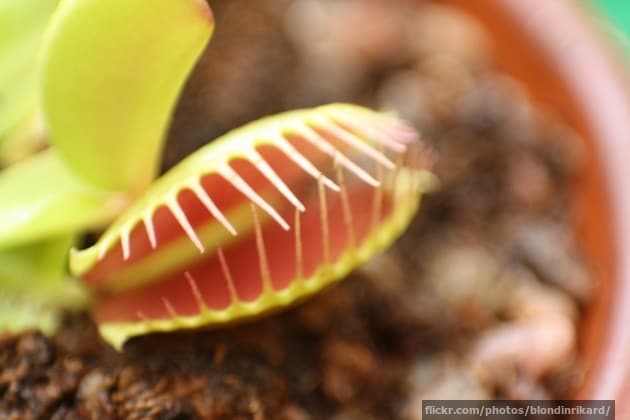 It’s likely that venus flytraps (and other carnivorous plants) evolved their meat-eating techniques in order to survive in areas where the soil was low in nutrients. So, remember to regularly feed your houseplants or they might start trying to bite your hand off.