Home » Blog » 7 teeny weeny animals from around the world

Home » Blog » 7 teeny weeny animals from around the world

Do you like tiny things? If you do, you’re not alone. Tiny things seems to make people go all cooey and gooey. I personally like a tiny box. I don’t know why; it’s hardly ideal for storage, is it? I’ve got such a small box at home I can only store one pair of small earrings in it. I’ve learnt that I can probably store a tiny chameleon in it now too. But I wouldn’t.

If you like tiny animals, read on. I’ve specified where the tiny animals live so, should you want to, you can try to see them for real. I’ve said “try” because they might be right in front of your face and you still wouldn’t see them, such is their teeny weenyness. 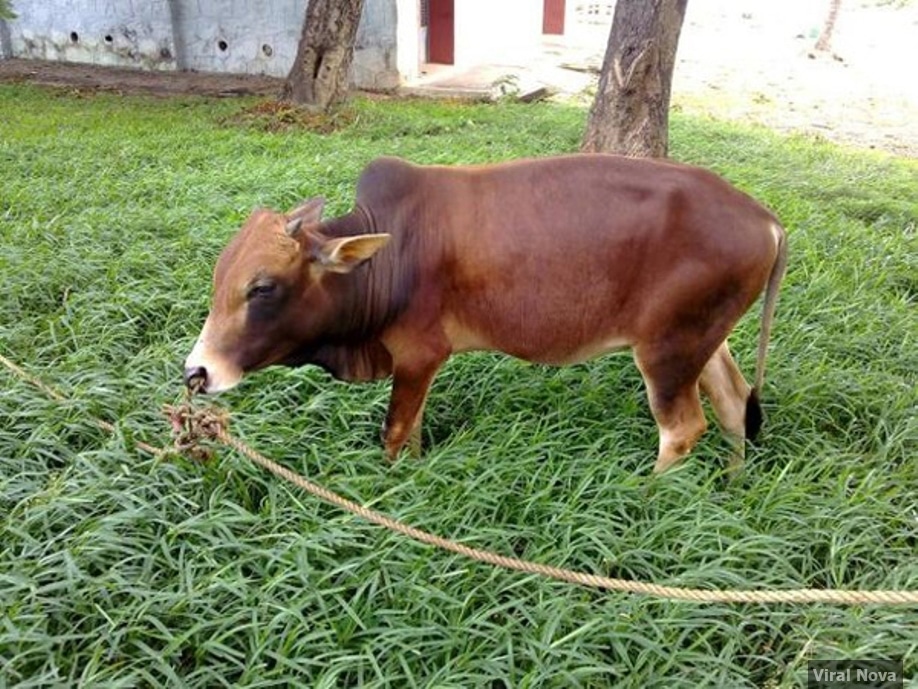 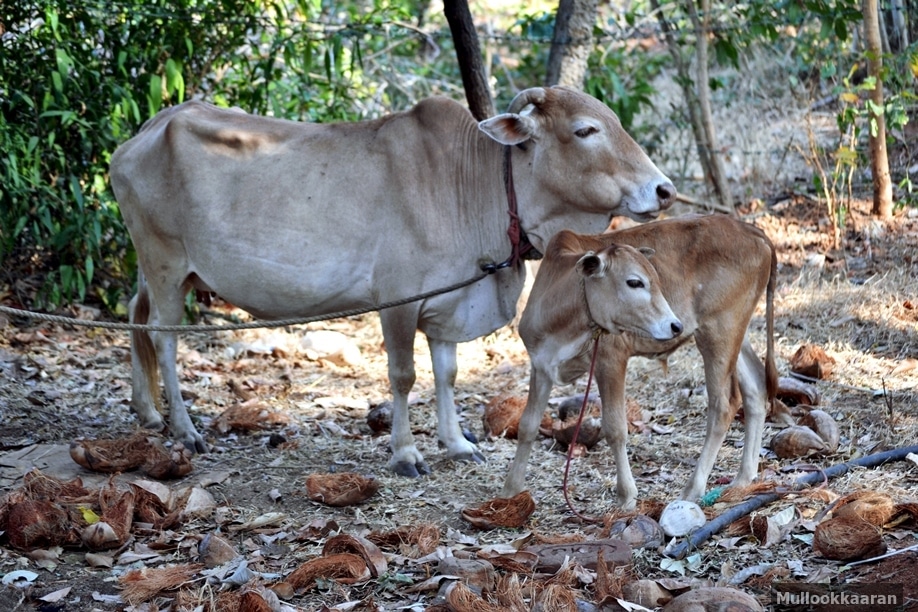 They are native to Kerala, southwest India, and are about 87cm tall, and 124cm long. Their milk is said to be delicious and very healthy, with the fat it contains being particularly easy to digest. They are also said to have a very nice disposition, which means they are often thought of as pets as well as livestock.

It’s sad to think that it wasn’t that long ago that these little cows were on the brink of extinction. Volunteer students had to rummage around Kerala looking for the cows, presumably quite a hard job. They eventually found 25 of them, which were used to ensure future generations of vechur cows.

In 1998, the Vechur Conservation Trust was created and today their numbers are on the rise, with Indian farmers once again keeping them for their milk. 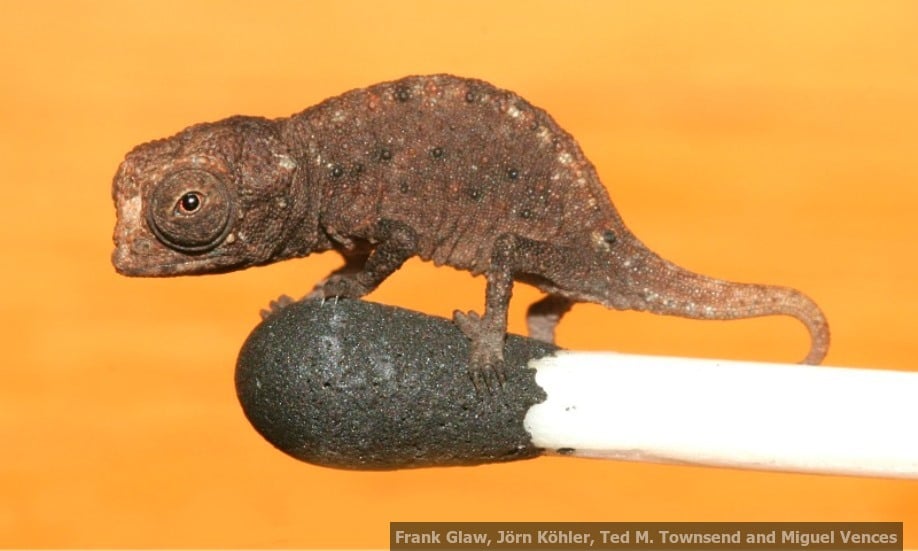 Forgive me – I know this chameleon has had a lot of press since it was discovered in 2012, so you may have already seen some of these pictures. 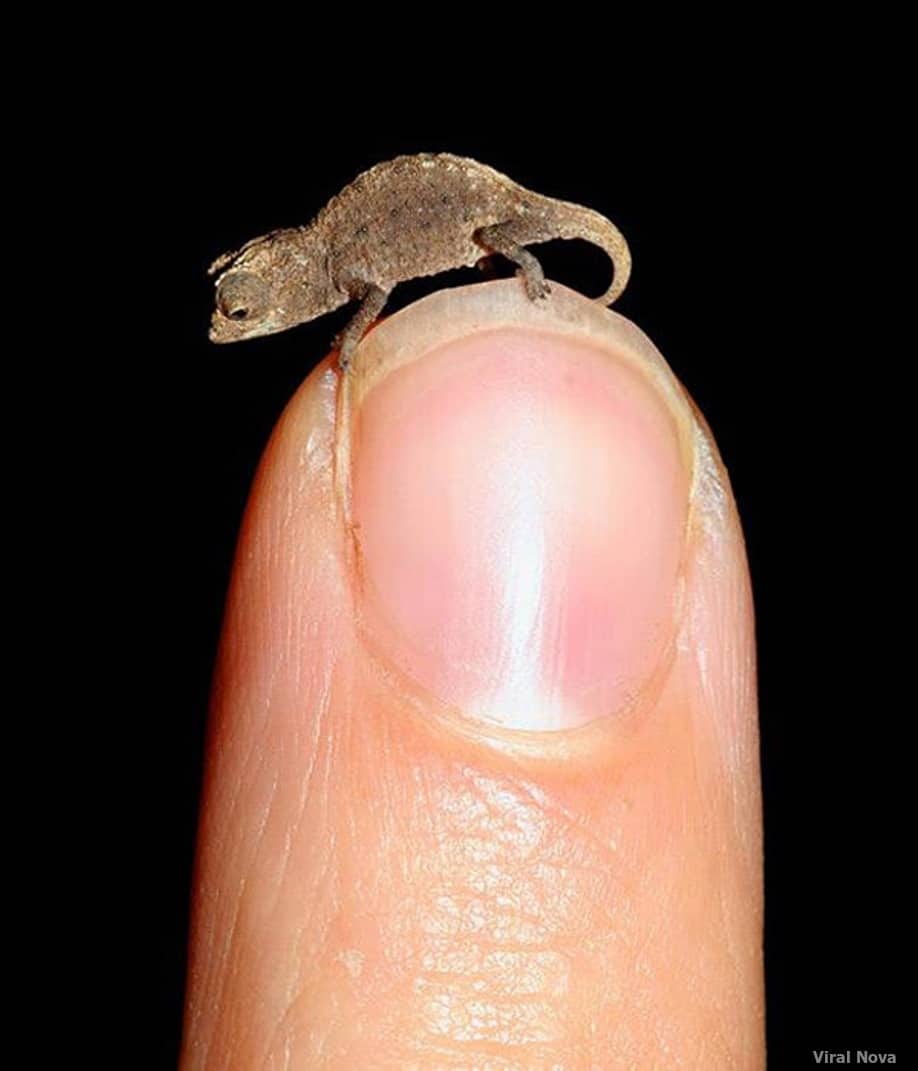 I was going to leave him out of this list because I didn’t want to be common. BUT JUST LOOK AT HIM! He is so small and adorable I couldn’t leave him out, and as I said above, it’s the only other thing I could fit in my impossibly small box.

The biggest the adults get is 3cm and I can’t imagine they weigh much more than an aspirin. They are found on the islet of Nosy Hara amongst the fallen leaves of the forest. They feed on small insects (I should hope so – a big insect, or even a medium-sized insect, would be bigger than this little lizard!)

When they are disturbed, they play dead to try to blend in with the leaves. This made it very easy for scientists to capture them, which makes me slightly sad. 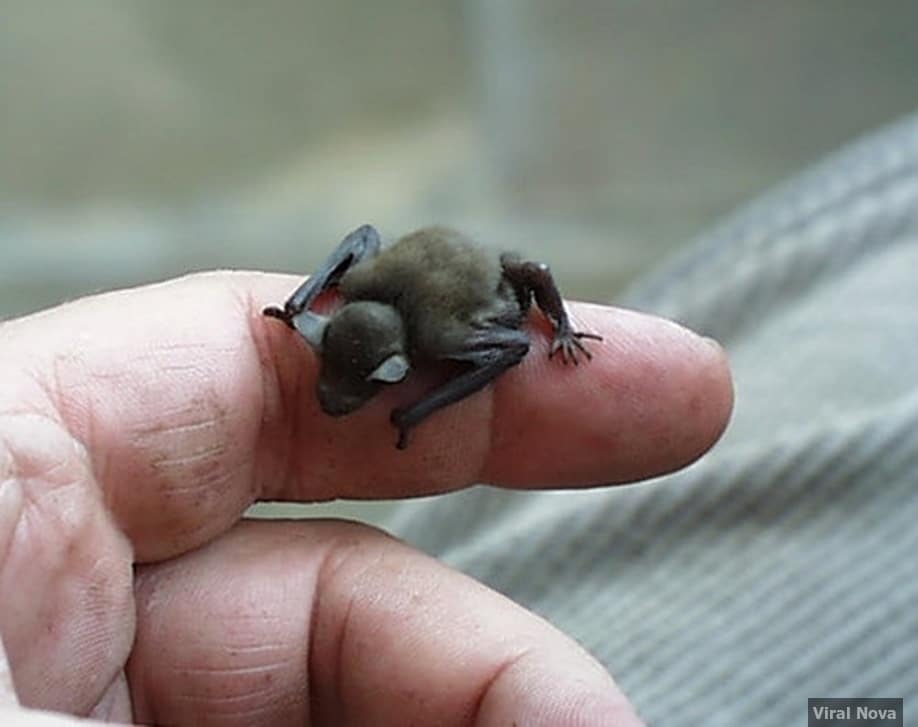 I really don’t know why bats have a scary reputation. Some of them are a bit ugly, it’s true, but some humans are too! My favourite bat is a fruit bat; Google them – beautiful! But the position of “Lizzie’s second favourite bat” goes to the bumblebee bat.

This diminutive bat is the world’s smallest mammal and is around 3cm long, and has a wingspan of around six inches. They also weigh about two grams, which (so the guys in the office tell me) is equivalent to two paperclips.

Apparently, these bats have pig-like snouts, small eyes (well, obviously) and large (ish) ears, but it’s kind of hard to see, on account of the bat being so small; it’s just a tiny, winged ball of downy fur. 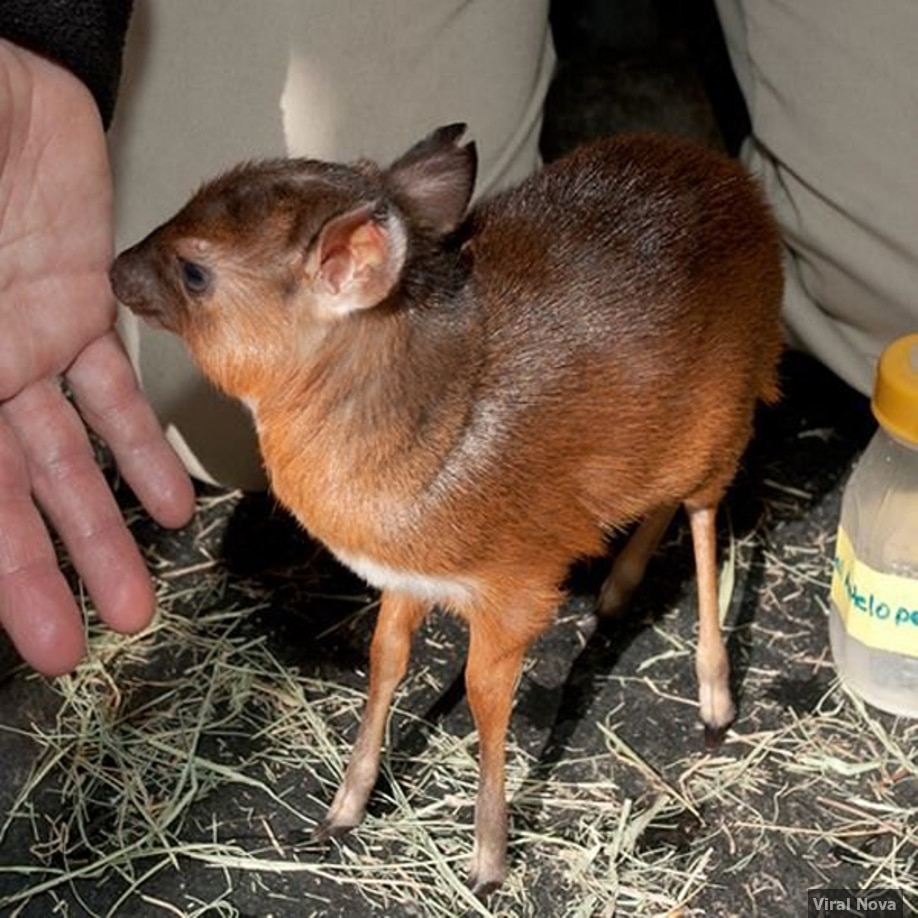 If something is prefixed with the word “royal”, your mind starts to conjure up images of vastness, greatness, majesty and stature. This little antelope doesn’t really live up to its name. 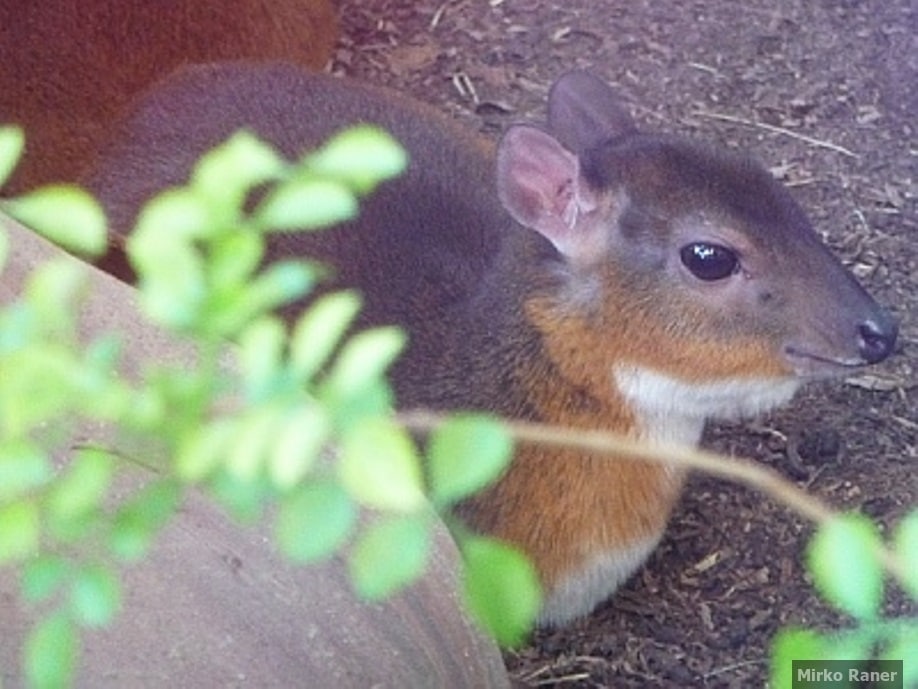 A “normal” antelope is around three to five feet tall and weighs around seven stone, but this guy is 25cm tall (that’s less than a ruler) and weighs no more than 6lbs. I lost 6lbs last year. I effectively lost an antelope from about my person. This creature is pretty much a rabbit, but in an antelope shape… How lovely! 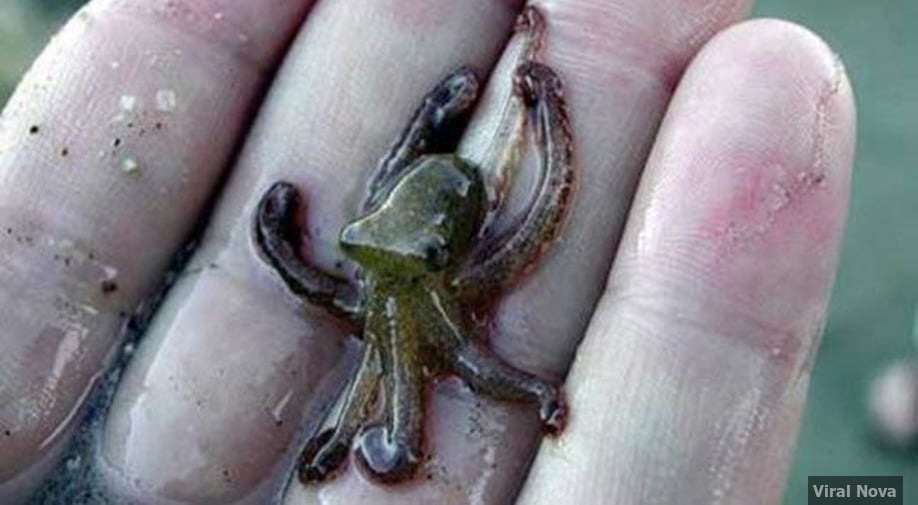 The first question I have about this betentacled mini-beast is why is it called octopus wolfi, not the wolfi octopus? I’m now thinking about calling my cat “Cat Pussy Boy”, rather than “Pussy Boy, the cat”. I digress…

This octopus was first found 1913, it is 1.5cm long and weighs less than a gram. It’s so small, you could swallow it and not even know about it. In fact, you may have done. They are just like larger octopuses, but for one feature – the gentlemen have fringed rims on the suckers. Fancy!

I have a question to those that are afraid of snakes: would you be afraid of this one? It is as thick as a piece of spaghetti, and the longest it gets to is 10cm. It hardly counts as a snake does it?! (No disrespect, to the snake).

They eat termites and live under rocks, but the most interesting thing about these small snakes is that they only lay one egg at a time. All other known snake species lay a number of eggs in one go. It’s thought that these snakes are just too small to carry more than one egg at a time.

The eggs, however, relative to the snake, are huge! And the baby that emerges is half the size of the adult! Can you imagine if this happened in humans?! I can only imagine this is Mother Nature’s way of helping the tiny mummy snake out; if her baby was of normal baby proportions, she would never see it! 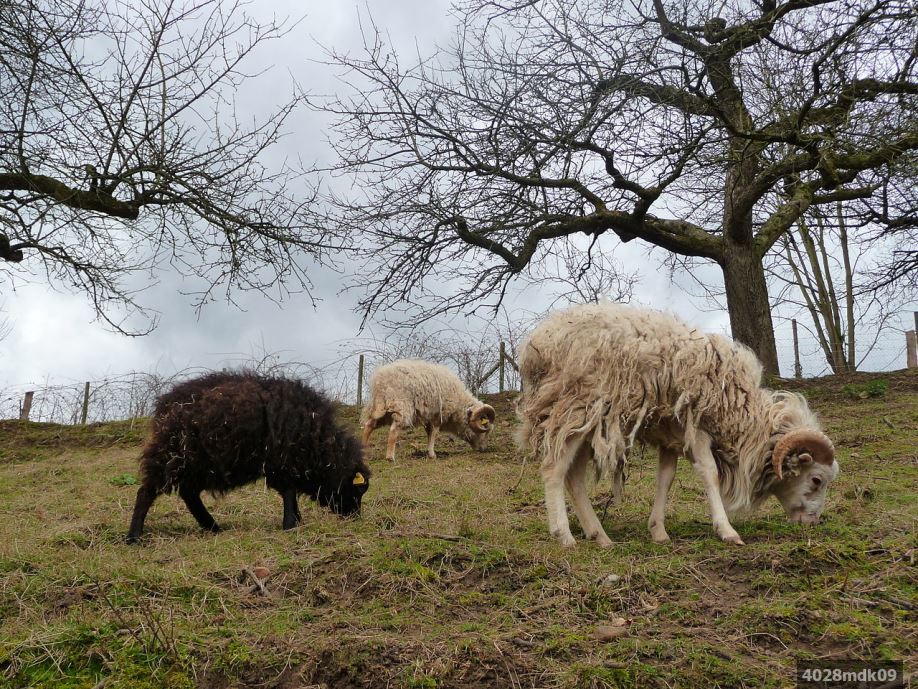 These sheep are the smallest breed in the world. The big boy rams stand at a whole 50cm tall! They, like the aforementioned snake, only have one baby at a time. Understandably.

In April this year, the smallest ever sheep was born to a mother ouessant sheep. Little Tinker Bell was born in the UK, two weeks premature, weighing only 2lbs!