Home » Blog » Great apes: What’s so great about them?

Home » Blog » Great apes: What’s so great about them?

As much as I do love a sea creature, the great apes will always hold a special place in my heart. They’re so close to human, I find them fascinating. I usually find myself siding with them during The Planet of the Apes films.

Here are a few of the reasons I will always have time for our closest living relatives: 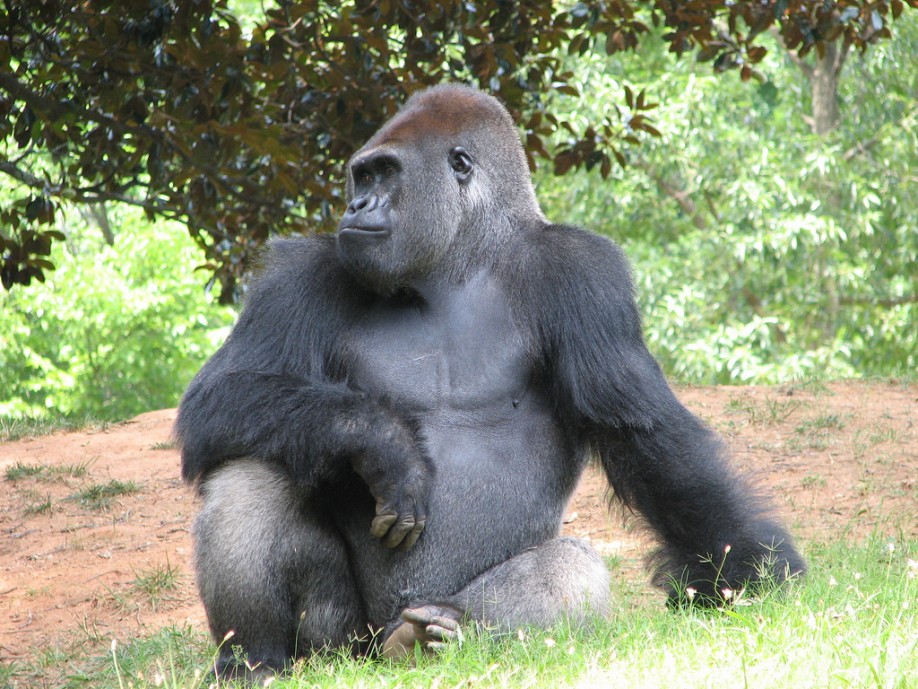 Now usually, anyone but the most dedicated of scientists will have a hard time recalling the Latin names of any given animal. But in the case of the western lowland gorilla, they made it nice and easy. While the western gorilla is known to scientists as Gorilla gorilla, this subspecies (which you will be surprised to hear hails from western central Africa) carries the brilliant Latin name of Gorilla gorilla gorilla. I’m really hoping they find a sub-subspecies, mainly just to see how ridiculous this can get. 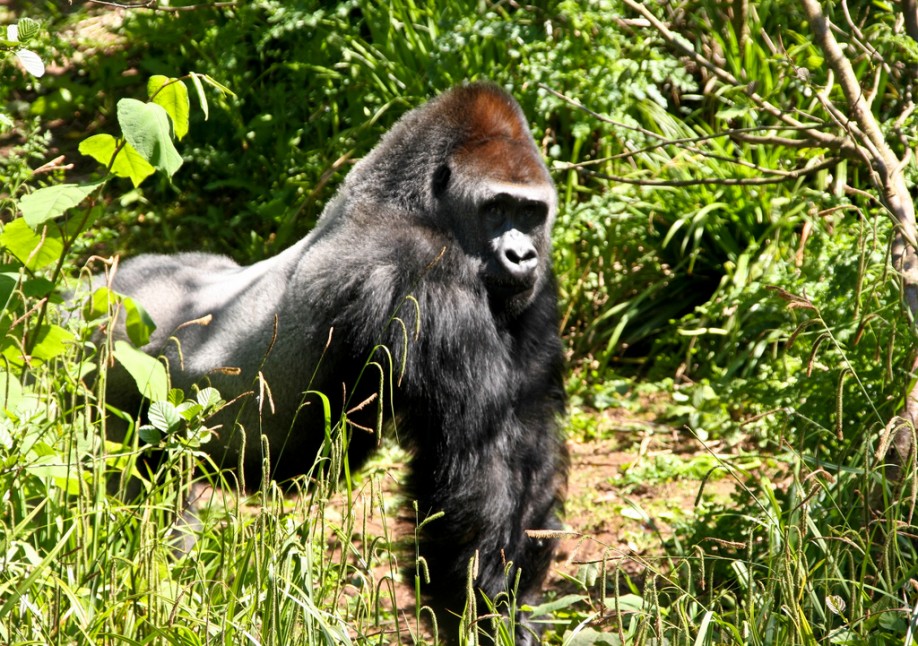 Despite the big name, the western lowland gorilla is the smallest subspecies of gorilla. Standing upright, males can still reach 5 to 6 feet (1.5 to 1.8 metres) tall and weigh 300 to 600 lb (140 to 270 kg). Dominant males are known as silverbacks (given the colour of my dad’s back hair, I’m fairly certain he might be at least part gorilla.) While they are animals of incredible size and strength, they’re actually herbivores. 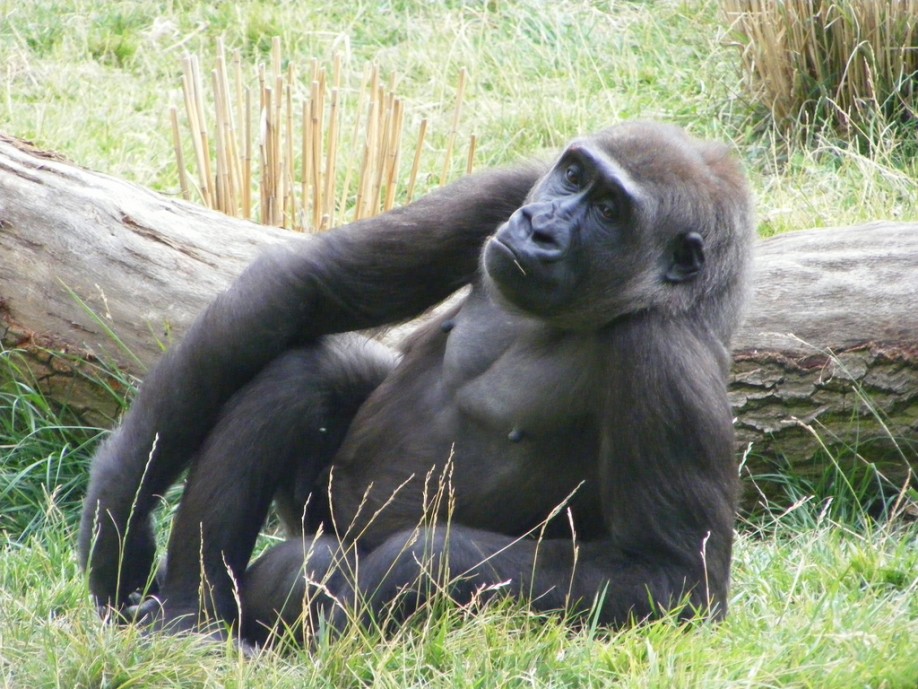 The name gorilla stems from Hanno the Navigator from Carthage, a city in north Africa which rivalled Rome. In around 500 BC, he was sailing the western coast of Africa and came across “a savage people, the greater part of whom were women, whose bodies were hairy, and who our interpreters called gorillae.”

Incredibly, gorillas were dismissed as a myth until as recently as 1902. 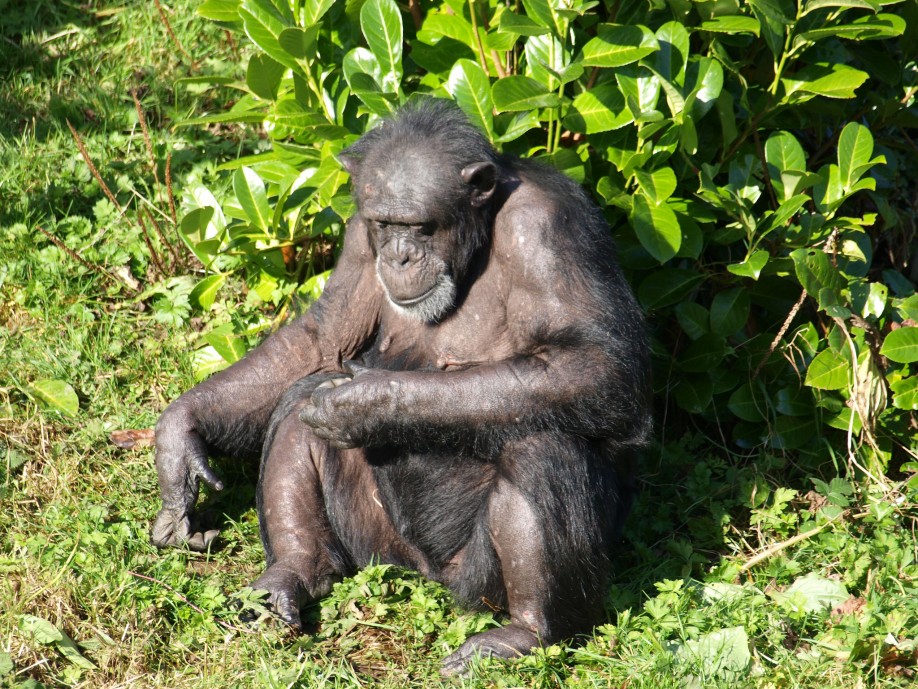 Chimps, and particularly bonobos, are our closest living relatives (it makes for an interesting reunion to say the least). Found in several countries throughout Africa, they live in groups ranging in size from 15 to a whopping 150. They observe a strict hierarchy with males in charge. Adult males usually weigh between 88 and 132 lb (40 and 60 kg) and may measure up to 5 ft 3 in (1.6 m) tall when standing upright. 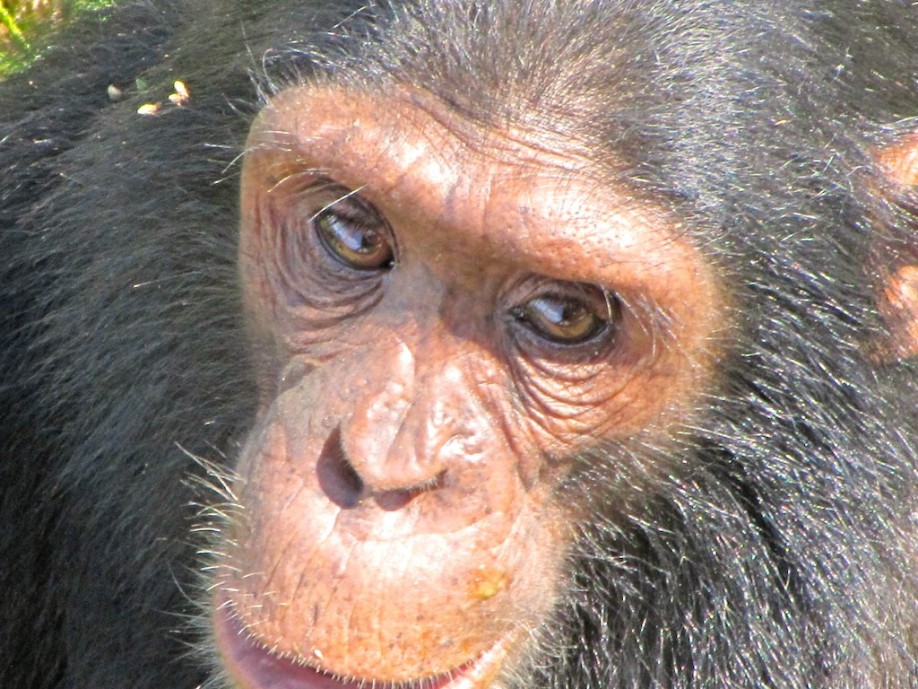 While they still eat vegetation, they also eat insects and will actively hunt other animals. They’re very intelligent and often use tools. While we’ve all seen them using sticks to fish termites from mounds on the telly, they’ve also been witnessed making sharpened sticks to spear bushbabies. 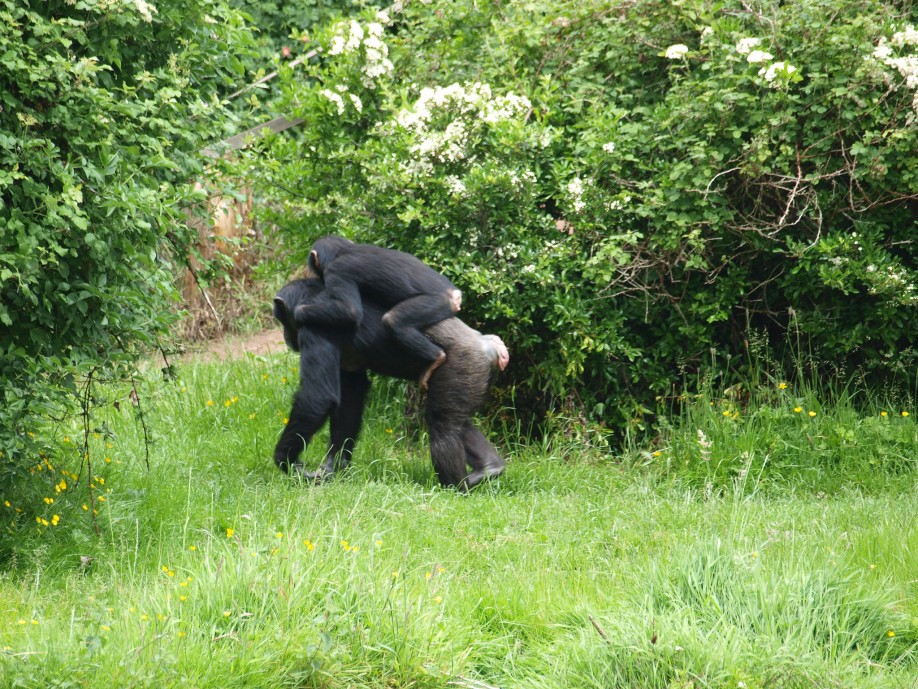 By the way, the name chimpanzee comes from the Tshiluba language term kivili-chimpenze, which translates as “Mockman”. 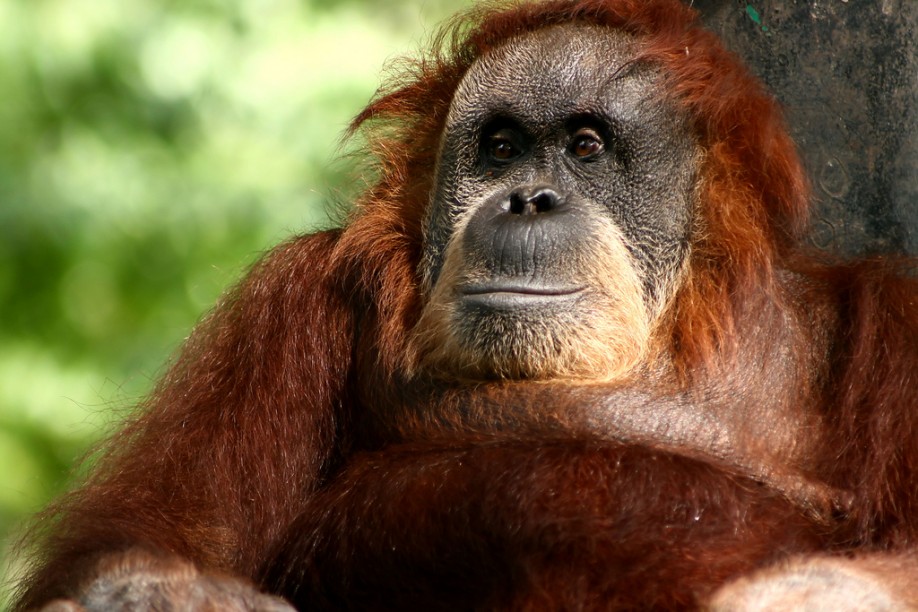 Of all the amazing animals on this list, these chaps are hands-down my favourite. Hailing from the rainforests on Borneo and Sumatra, these incredible animals are the most arboreal of the great apes and spend most of their time in the trees. They have orange hair rather than the black or grey of gorillas and chimps. Unlike the rest of the great apes, orang-utans are solitary, with only mothers and their (adorable) offspring spending any significant time together. 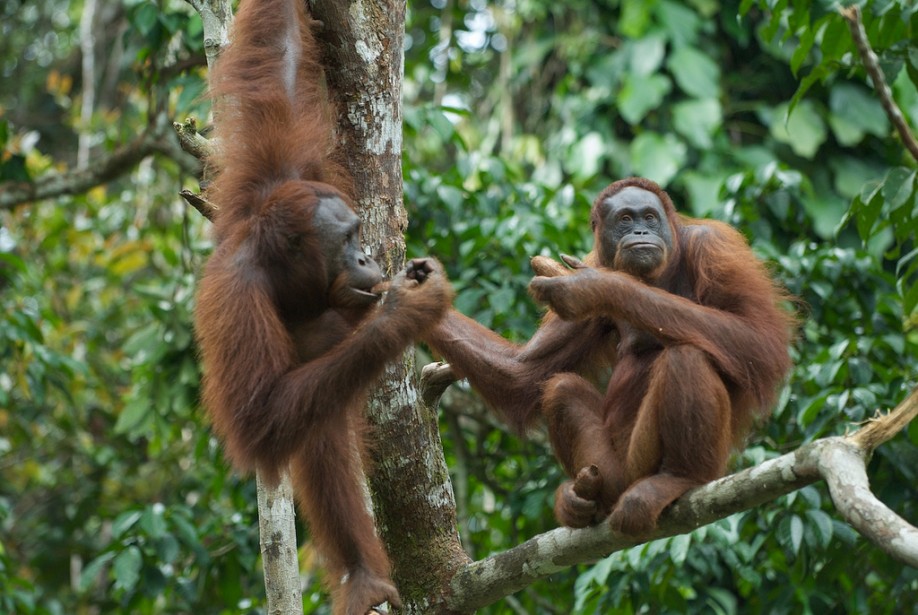 They’re the most intelligent of the great apes (aside from humans) and are capable of both making and using surprisingly complex tools, and often manage to escape their enclosures at zoos. The most famous of these escape artists was an orang-utan named Ken Allen who lived in San Diego Zoo. He escaped many times starting in June 1985, and wandered about the zoo, looking at other animals and basically being really chilled out. Though I’m sure he’d have had a much nicer time in the wild, where he belonged. 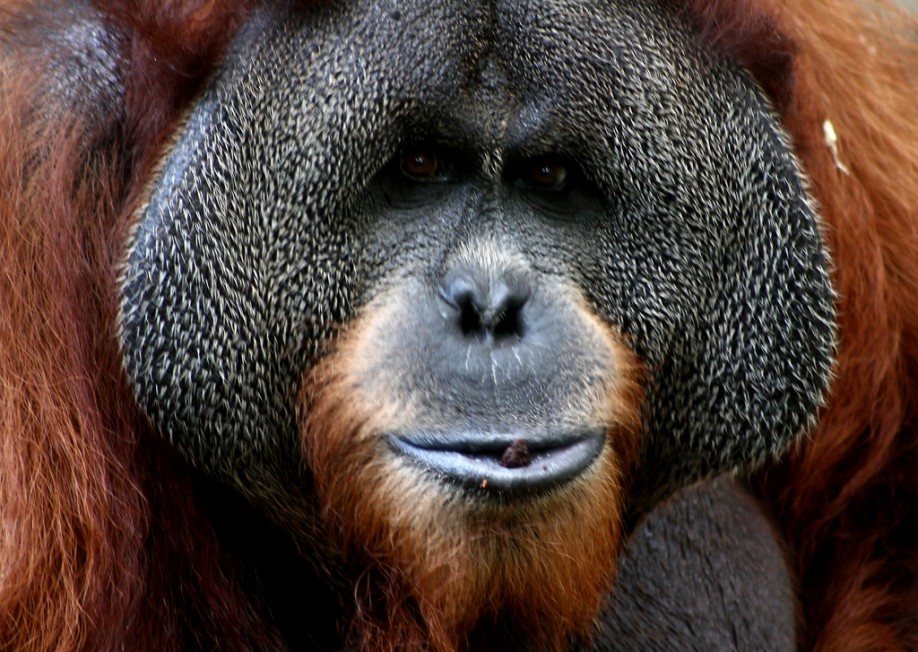 The word orang-utan comes from Malay and Indonesian words and translates as “person of the forest”.