Home » Blog » 5 very unusual sports from around the world

Home » Blog » 5 very unusual sports from around the world

Welcome, sports fans, to a trip round some of the world’s most unusual games. Whatever it is you look for in a sport (athletic ability, fierce competition, dead goats), you’ll find plenty of it here. Some of these sports may seem crazy to us in Britain, but as our national sport is just an unnecessarily complicated version of kicking a ball around the park, we’re really in no position to judge.
That doesn’t mean we can’t look on in wonder though; so pull on your shorts and do a little warm-up as we begin our journey… 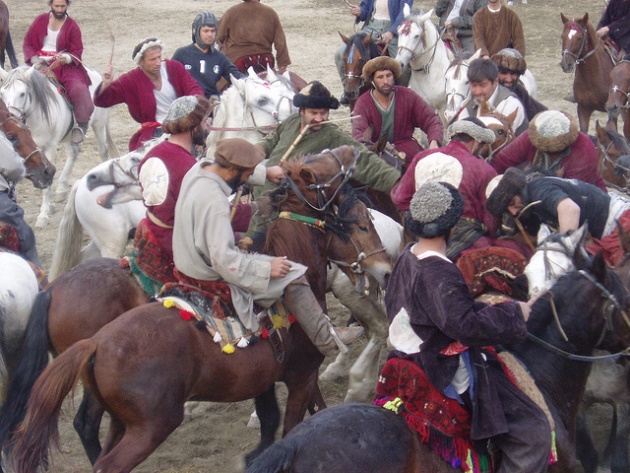 Buzkashi, the national sport of Afghanistan, is sometimes compared to polo. Like polo, buzkashi is a team game played on horseback. Unlike polo, buzkashi involves players fighting over a beheaded goat. During the rule of the Taliban, buzkashi was banned for being immoral. This sounds like good judgement but the Taliban also banned clapping, lobsters and sewing catalogues, so they didn’t get everything right. 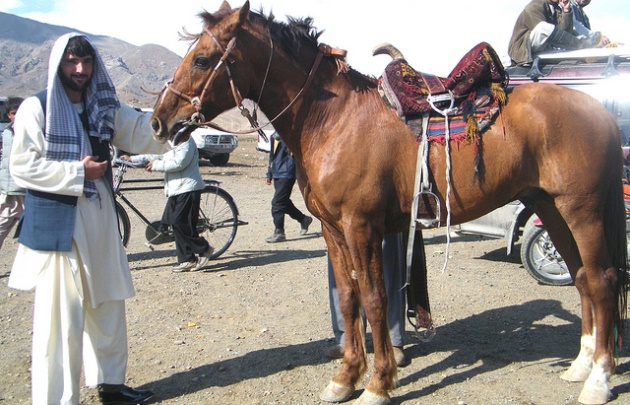 The sport of buzkashi has been around for hundreds of years and many different versions are played throughout the region. The number of players and the duration of the game vary greatly, as do opinions about exactly what you should do with the headless goat if you’re lucky enough to get a hold of it. Recently, the Afghan Buzkashi Federation has introduced the first written rules for the sport in an attempt to increase popularity and apply for Olympic status. I understand that every country wants their national sport to be part of the Olympics, but the Afghans must be seriously deluded if they think anyone’s going to be playing buzkashi at Rio 2016. 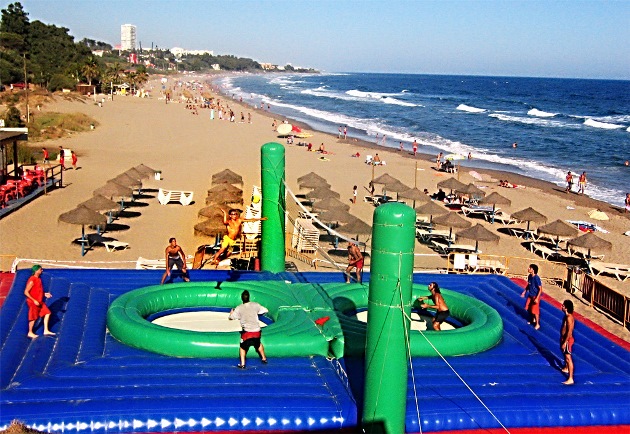 Some of the world’s most unusual sports are created by simply combining two established, normal sports. Futnet, for example, combines football and tennis to make a new game where you kick a ball over a net. Bossaball is another of these combination sports – it has elements of both football and volleyball. And some Brazilian martial arts. And it’s played on an inflatable pitch. With a trampoline in the middle. 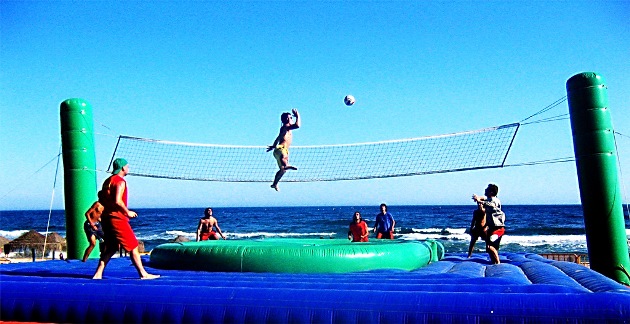 The object of the game is to get the ball over the net. You get a point if it lands on the inflatable bit of your opponent’s half and three points if it lands on their trampoline. You can hit the ball with any part of your body. If balls scare you and you don’t like them, just wait for the game to be over and have fun bouncing around on the empty pitch. 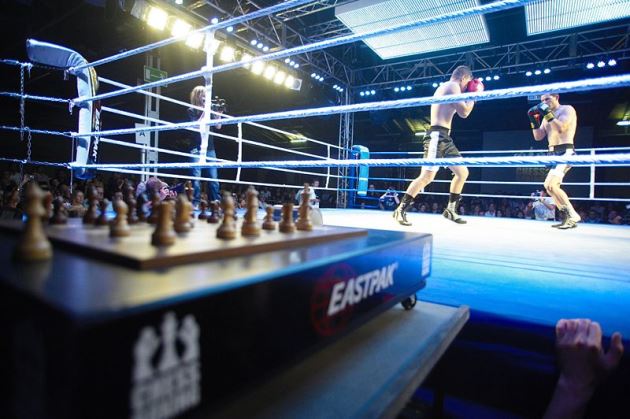 The first chess boxing world championship – staged and won by Dutch performance artist Iepe Rubingh – was only held in 2003, but since then the sport has exploded in popularity. It’s easy to see why; the game is a classic mix of brains and brawn, with competitors testing both the strength of their mind and the strength of its casing. Events are now held around the world. 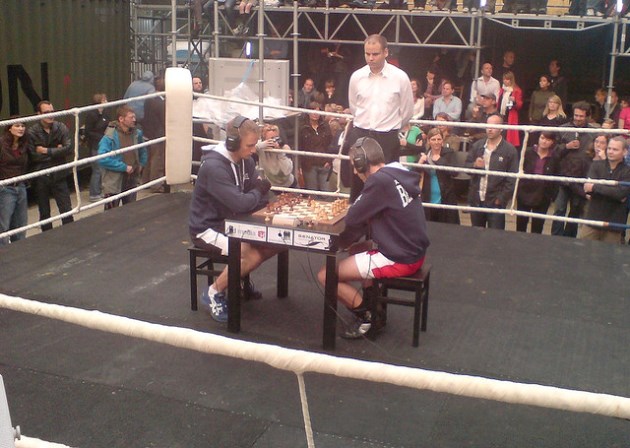 As the name suggests, chess boxing features alternate rounds of chess and boxing. There’s a minute break between each round, neatly avoiding the problem of trying to move the little horsey while wearing gloves. A victory in either the chess or the boxing is enough to stop the match and declare a winner. Presumably, the game also stops if one of the players has been punched so much that they suddenly shout “teleport” and move a pawn four spaces to the left. At that point the referee steps in, declares a knockout and phones for an ambulance.
If you want to get involved in chess boxing, you’d better start practicing. As well as being fit and strong, competitors need to be at least Class A chess players. There are many computer programs against which you can practice your chess, and don’t worry – if your PC keeps getting you in check, a swift punch to the gigabytes will soon remind it who’s boss. 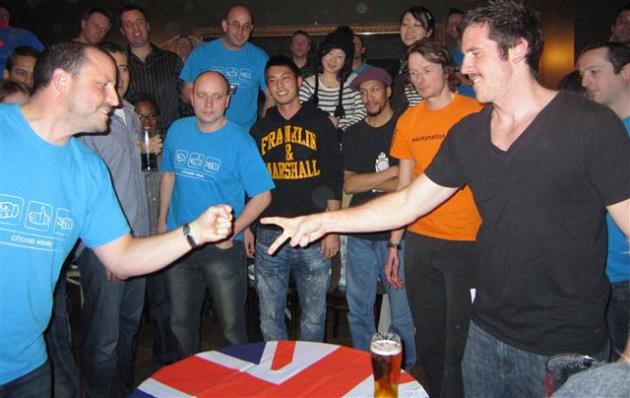 The game roshambo began in China around two thousand years ago, before spreading to the rest of Asia. It wasn’t until the 20th century that the game finally reached Europe and, surprisingly, it didn’t become popular in Britain until the 1920s. Here it’s known by a more familiar name – scissors-paper-stone.
There are a couple of weird things about roshambo. The first is that paper beats stone, which doesn’t make any sense at all. The second is how seriously the sport’s taken. There’s a World Rock Paper Scissors Society, as well as a USA-based league which holds annual championships. These events, televised and sponsored by big-name drinks companies, have a first prize of $50,000 – not bad for a game that’s more often used to decide who gets to eat the last Quality Street. 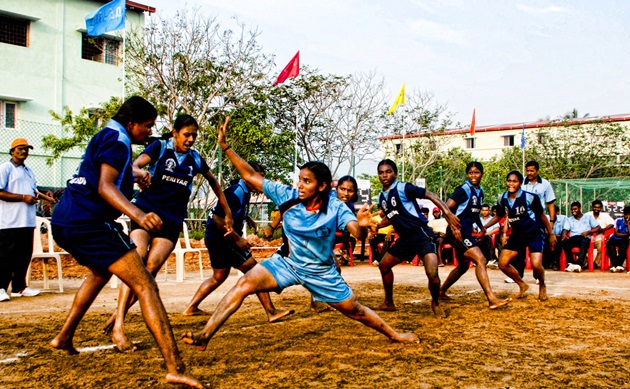 In the British schoolchildren’s game ‘It’, one player is “it” and must tag any of the other children in order to pass it along. The game continues until one boy tags another, but is told that (for some reason) it didn’t count and he is still “it” and also that he has the lurgy. The other boys then run so far away that the boy with the lurgy can’t even see where they’ve gone and spends the rest of his break time looking for them, never 100% sure that the game is still going. Well, kabaddi is a little bit like that (only with less complex-inducing trauma.)
Kabaddi is hugely popular in India and around the South Asia region. There are many different versions, but all involve a “raider” from one team attempting to tag an opposition player then return to their own half of the field without getting caught. In many versions, this return attempt must be made without breathing as the raider repeatedly chants the word “kabaddi”. I can’t help feeling that our own national sport would be improved by the introduction of such a rule – if, say, John Terry was forced to repeat “football, football, football” as he ran around the pitch (although one suspects that, under his breath, he may already be doing this.)
Kabaddi looks like a lot of fun. It’s good exercise and you don’t need any equipment to play it, so what it’s doing here, on a list of the world’s weirdest sports, is a bit of a mystery.