During festival season in Catalonia, Spain, you may come across humans climbing all over each other. Castell, which unsurprisingly translates to “castle”, is a tradition that goes back to 1712, and is probably more popular now than ever. 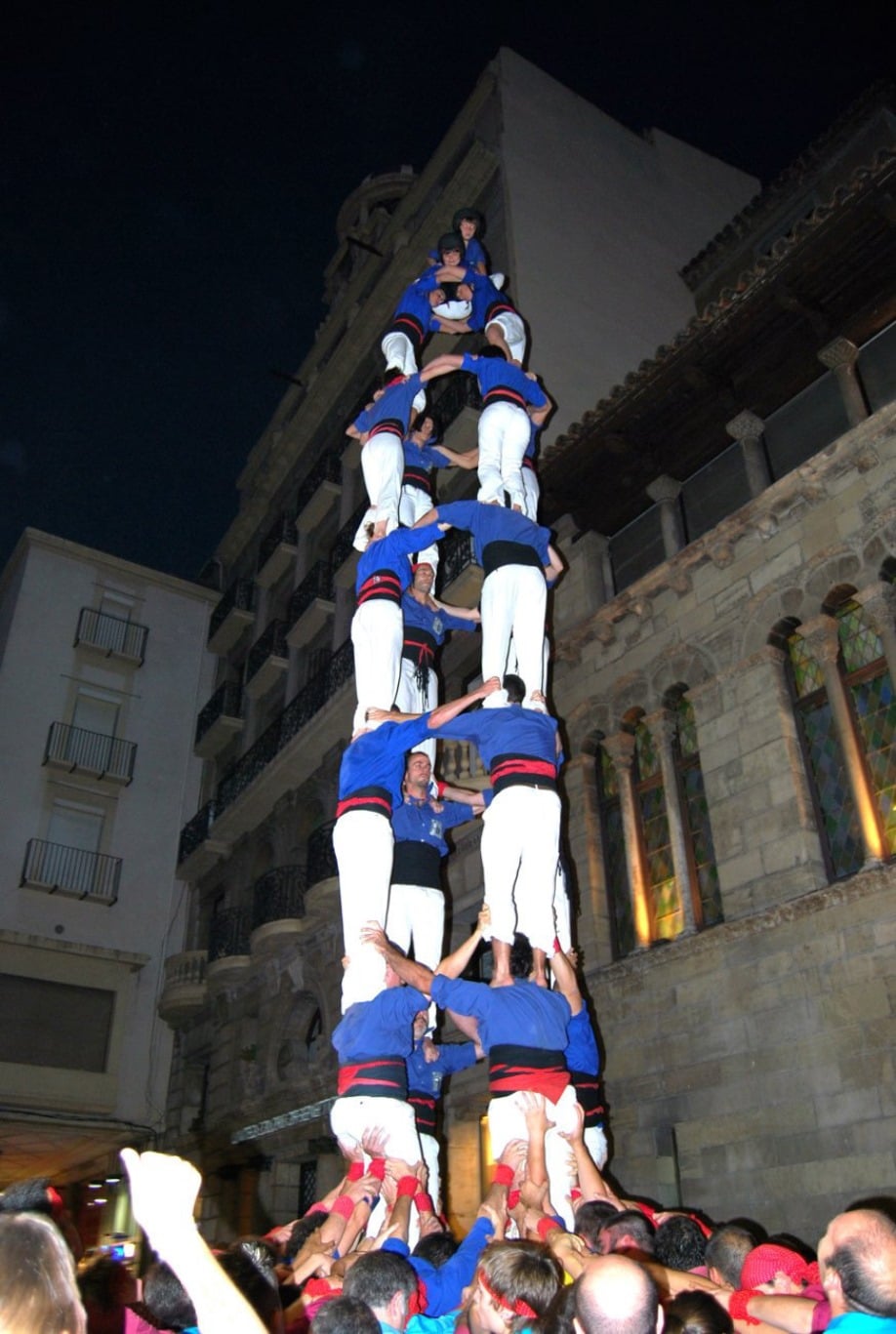 The tradition of building these human towers started in Valls, which is near the city of Tarrahona. The small number of inhabitants that lived in the presumably got a little bored and decided to start climbing on top of each other, building the first human tower. They soon got tired of playing on their own, so they asked adjoining villages to get involved, which was the start of the castell competitions. The concept of climbing on one another spread like wildfire across Catalonia, and it is now considered a very important part of their culture.

The most important part of the castell is probably the base of the tower. These strong and calm participants endure the weight of the tower, and act as a safety net for the rest of their team, which is a pretty big responsibility. The base is normally made up of a group of strong men, who link together to make a sturdy platform for their teammates.

Once secure, the base is ready to be climbed, and this is where the fun really begins. Before you know it, you are witnessing a large number of people climbing one another all at the same time! It’s a pretty amazing sight, but you can’t help but feel for the guys at the bottom.

You can build your tower in various ways, but one thing has to remain the same – the enxaneta. This little cutie climbs his or her way to the top of human tower, and raises their hand with the fingers pointing up to represent the Catalonian flag. As you would expect, the enxaneta is a small (and light!) child, who quickly works their way down the tower once their big part is done, so everyone can start to dismantle and relieve their shoulders and backs.

To take part in this sport, you have to wear special attire that helps you stand out, but also helps prevent damage to your back. Typically, castellers wear white trousers with a brightly coloured shirt which represents their team’s emblem. However, the most important item is the faixa, which is the sash. This helps people climbing the tower get a good grip of fellow castellers, meaning less chance of falls and injury, but it also provides each person lower-back support.

You can have however many individuals you want per level, but most teams go for between four and 10 people. High towers with very few people on each level normally need extra support from the bass and bottom levels, which is where a pinya comes in. Pinya translates to “bulk” and this type of base normally consists of several hundred people providing support to the tower from the bottom – it’s quite an amazing thing to see.

The castell festival season is between June-November, so if you want to watch these human towers in action, it is best to visit Catalonia then.