Greek philosopher… Those words immediately summon to mind the image of a regal figure dressed in a dashing toga, putting the world to rights or ruining mathematics for everyone by coming up with a ridiculously convoluted way to see if your ladder is long enough. (I’m looking at you, Pythagoras.) But they weren’t all that way, if indeed any of them really were.

But when you’re talking about the more unusual philosophers, you can’t get further from the image than Diogenes, who was born in modern day Turkey in 412 or 404 BC and died at Corinth in 323 BC (spoilers).

Living in pot – living in a baked clay pot

So what separated Diogenes from Socrates and Plato? Well, for starters, he spent a fairly large portion of his life living in a pot. Yup. This thinker of the ages lived in an old wine pot in the market at Athens. I could understand if he’d been forced to empty it all by himself, but apparently that wasn’t the case. Diogenes believed that if you were virtuous, it would be better shown in your actions and not your words, just like his hero Heracles (or Hercules if you insist on the Roman version.) 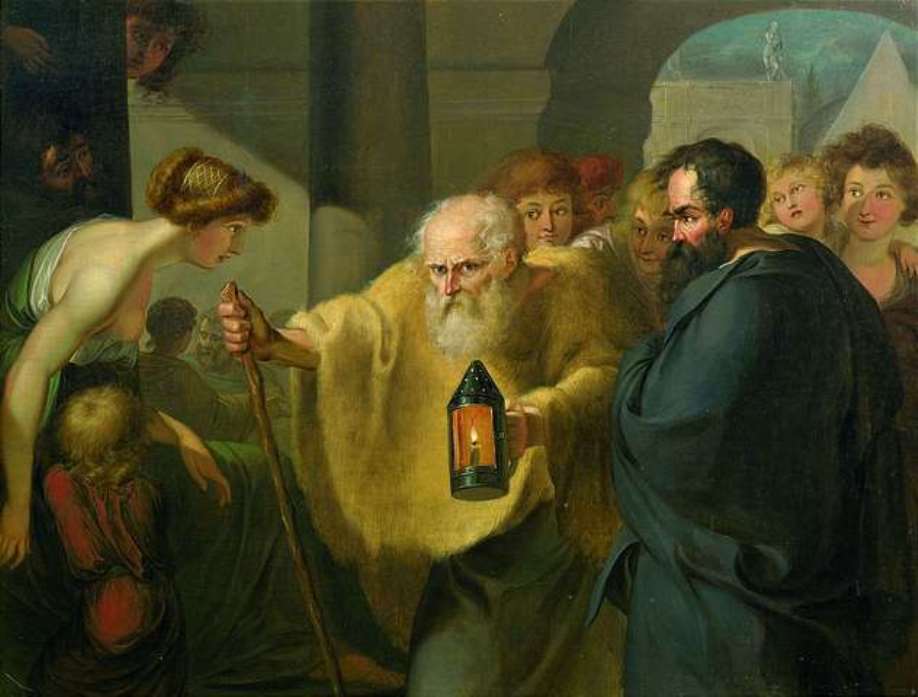 But Diogenes didn’t spend all of his time in Athens sleeping in his ceramic cave like an alcoholic hermit crab. Oh no. He had important work to do. Such as carrying a lamp around during the day, claiming he was looking for an honest man. Sadly, he didn’t find one. Oh and being one of the three founding fathers of Cynicism.

But it wasn’t all fun and games, as Diogenes found himself captured by pirates and sold into slavery, winding up in the city of Corinth as a teacher (a fate worse than death). 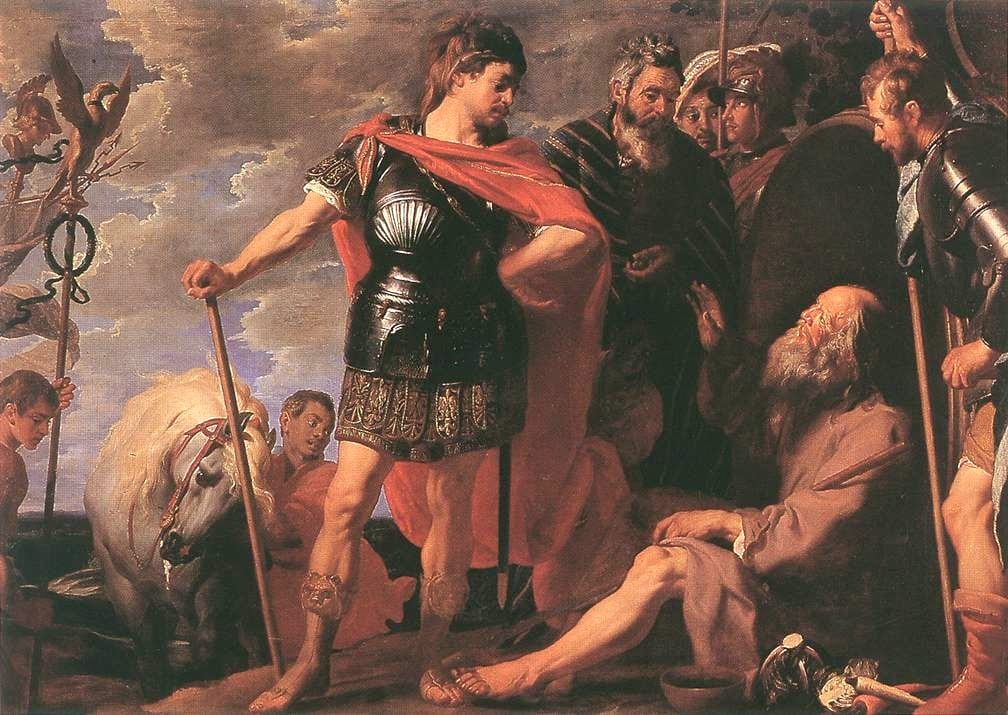 Once in Corinth, Diogenes did what he did best – he tutored his owner’s sons and was apparently set free at some point. He continued to yell at random passers-by and by many reports managed to find himself a new pot to sleep in. During his time in Corinth, a rather important man came to visit the city. King Philip II of Macedon (who had a rather famous son named Alex), popped round to Corinth for a cuppa and a chat (I assume).

When the city burst into a flurry of activity (I assume they were all hanging bunting and desperately trying to recall the second verse of the national anthem), Diogenes was found not wanting. He got up and started to push his jar/home around with no particular aim in mind. When asked why he was doing this, Diogenes responded, “I do not want to be thought the only idler in such a busy multitude; I am rolling my tub to be like the rest.”

But you know, in Ancient Greek…

Who are you calling a chicken? 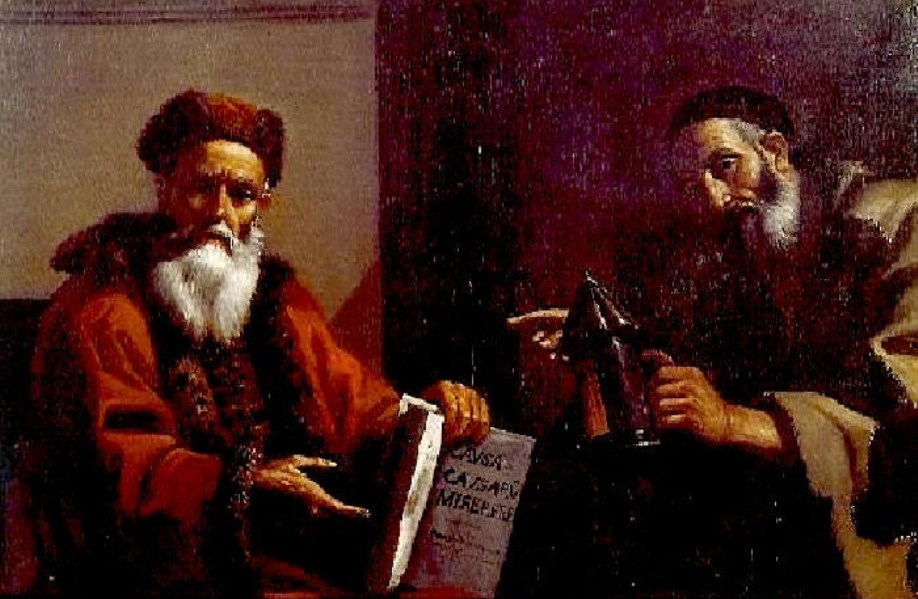 Perhaps the most famous story about Diogenes involves a chicken. At some point in Athens, Plato was asked to describe a man. Being rather tongue-in-cheek, Plato responded with “A featherless biped.” Which apparently passed for humour in Athens at the time.

Not to be outdone, Diogenes plucked a chicken and strolled into the academy, yelling, “Behold, I have brought you a man.” No word on whether this one was honest. Taking this (rather valid) feedback on board, Plato and his pals added “with broad flat nails” to their definition of a man. 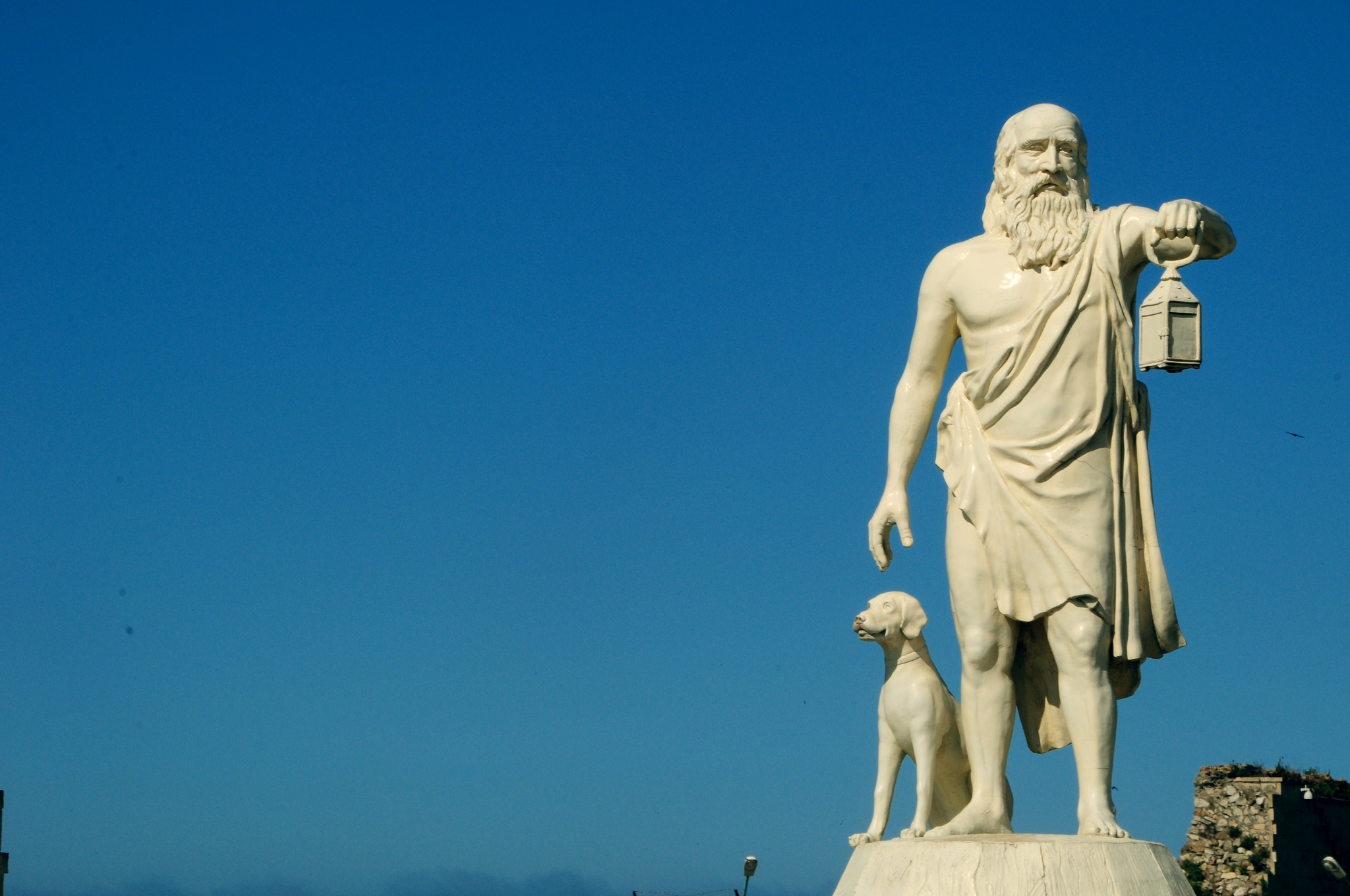 If you want to see a statue of this interesting chap, you can nip to Corinth where there’s one of him hanging out with Philip II’s son. There’s also one of him with his lantern in Sinop, Turkey, his place of birth.

Now if you’ll excuse me, I need to see about becoming a philosopher.