In these days of strict food labelling and paranoia over unlisted ingredients, it’s amazing that you can still buy a hamburger. They’re called ham, but everyone knows there’s no ham in them; they’re beef burgers. They may have been invented in Hamburg but, for the sake of clarity, it’s probably time for a name change (although even “beef burger” might be a bit too vague for what’s in some of them).

While hamburgers may have a legitimate reason for their deceptive name, other foods seem to have been deliberately misnamed in order to hide their true ingredients. In most cases, this is because their true ingredients contain something unpleasant, however it can work the other way too – spotted dick, for example, is much nicer than it sounds. So is toad in the hole.

Here’s a quick guide to some misnamed foods from around the world. If it helps just one person to avoid eating a testicle, it will have been worth it… 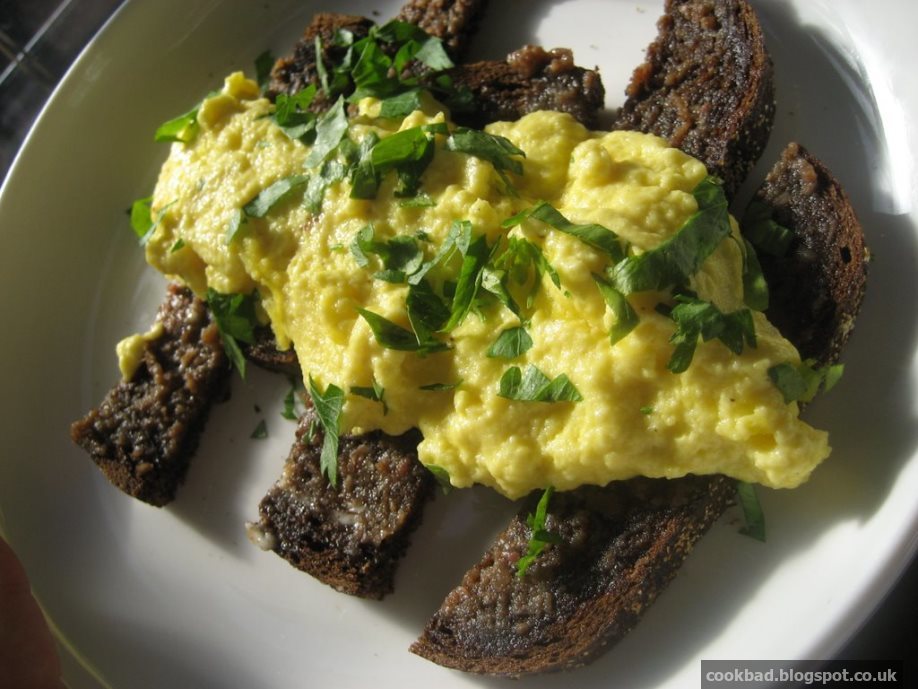 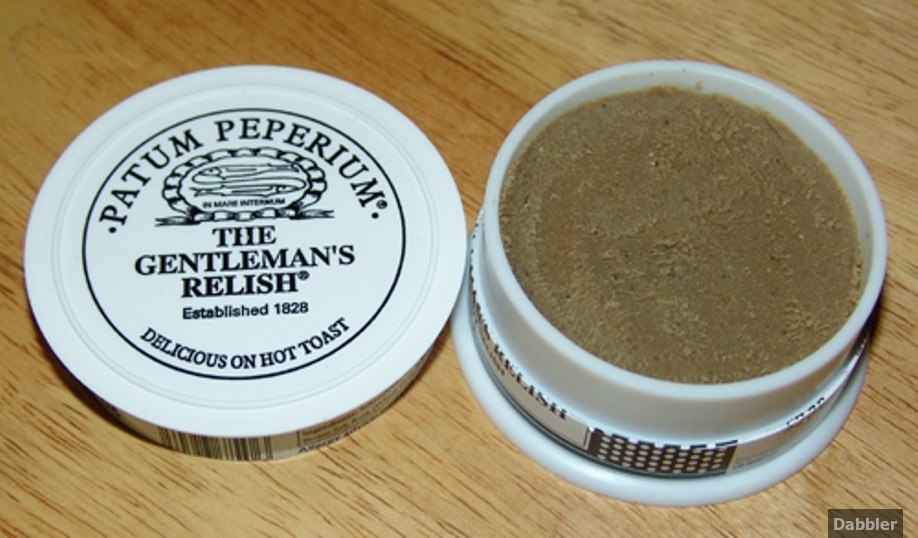 I don’t know what they were trying to hide with the tricksy name; there doesn’t seem to be anything nasty about the Scotch woodcock recipe. It’s just toast, spread with anchovy paste (or Gentleman’s Relish) with scrambled eggs on top. What’s wrong with that? You can put more anchovies on top if you like, but you don’t have to – it’s entirely up to you. 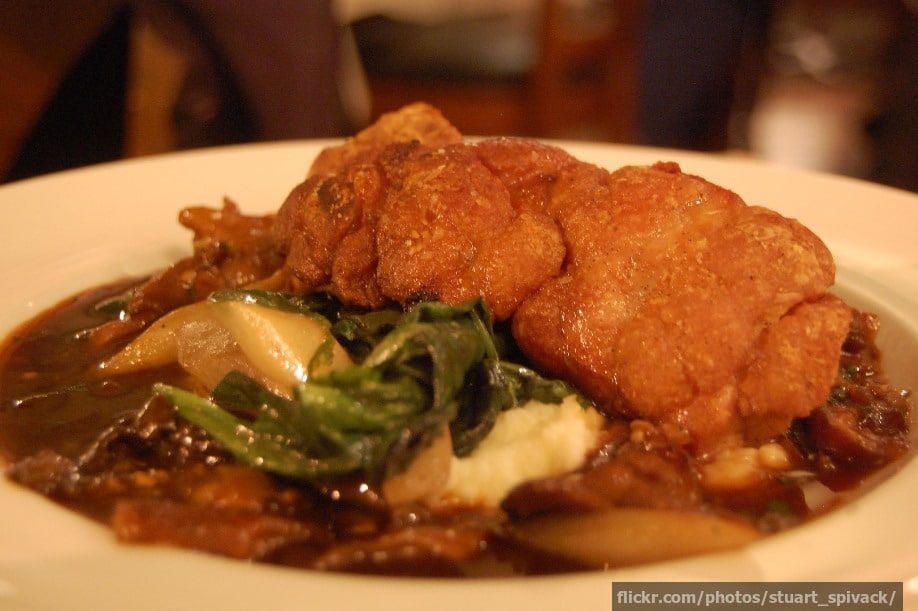 If you order sweetbreads expecting some kind of raisin loaf, you’re going to be in for a massive disappointment. 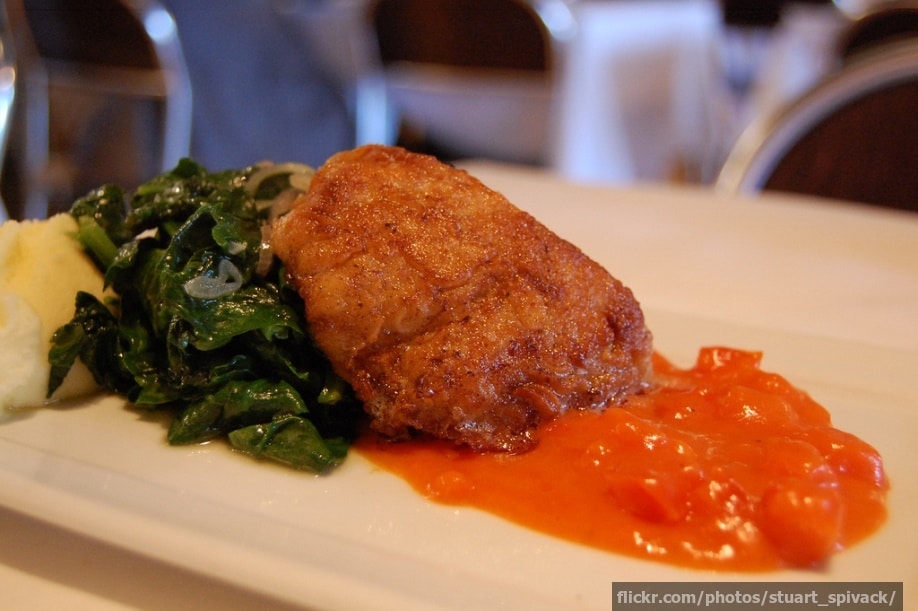 The name sweetbread hides all kinds of offaly awfulness – it refers to various calf or lamb glands that can be cooked and eaten. Most commonly used are the thymus or the pancreas, which are normally breaded and fried. Occasionally, an animal’s testicles will be served as sweetbreads, which somehow seems even worse (but it isn’t really and, once you’ve started eating internal organs, you’ve lost the right to be fussy about it). 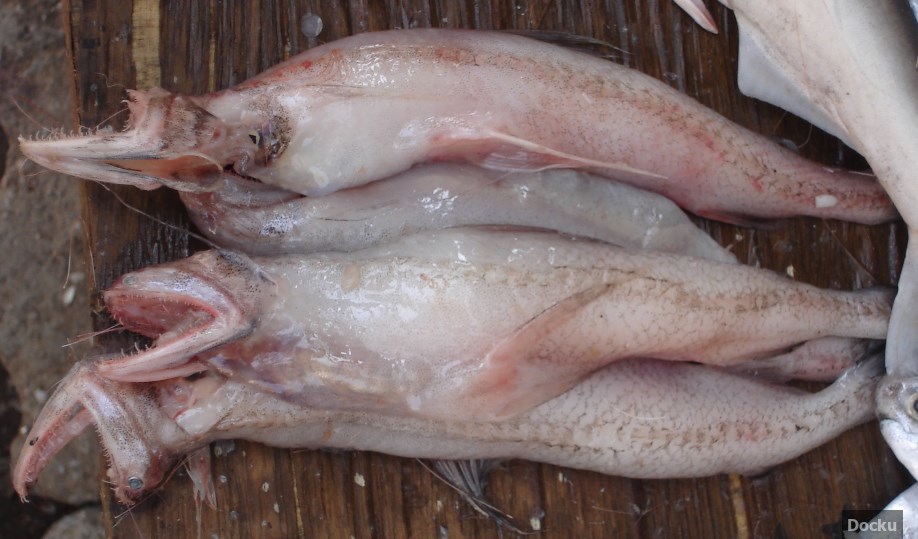 Here’s a food where both parts of the name are mistaken – it should really be called Mumbai fish.

Bombay duck is a really ugly fish (just in my opinion, obviously; you might think it’s beautiful). After being caught it’s usually dried and salted – a process that greatly increases its fishy stink and ensures that nobody will be confused by the inaccurate name. Strangely, Bombay duck was effectively banned by the EU in 1997; not because the name was wrong (they had no problem with that) but because they decided to only allow Indian fish imports from approved freezing and canning factories.

I’ve never tried Bombay duck, but I’ve seen it described as “an acquired taste” – something people only ever say about foods that are horrible. 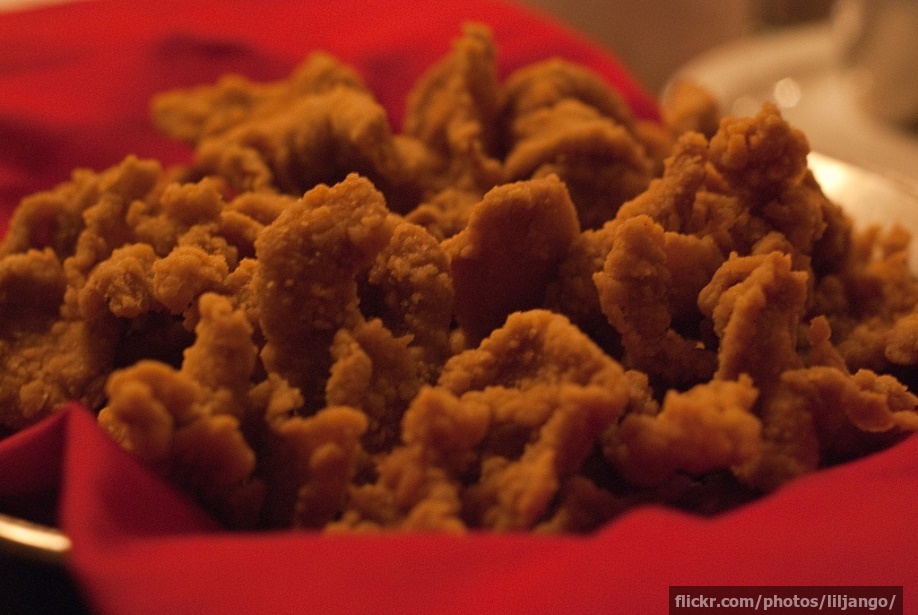 What’s going on here? Oysters come from the sea, don’t they? Yes, they do – Rocky Mountain oysters aren’t oysters at all. They’re not even seafood. They’re calf testicles. 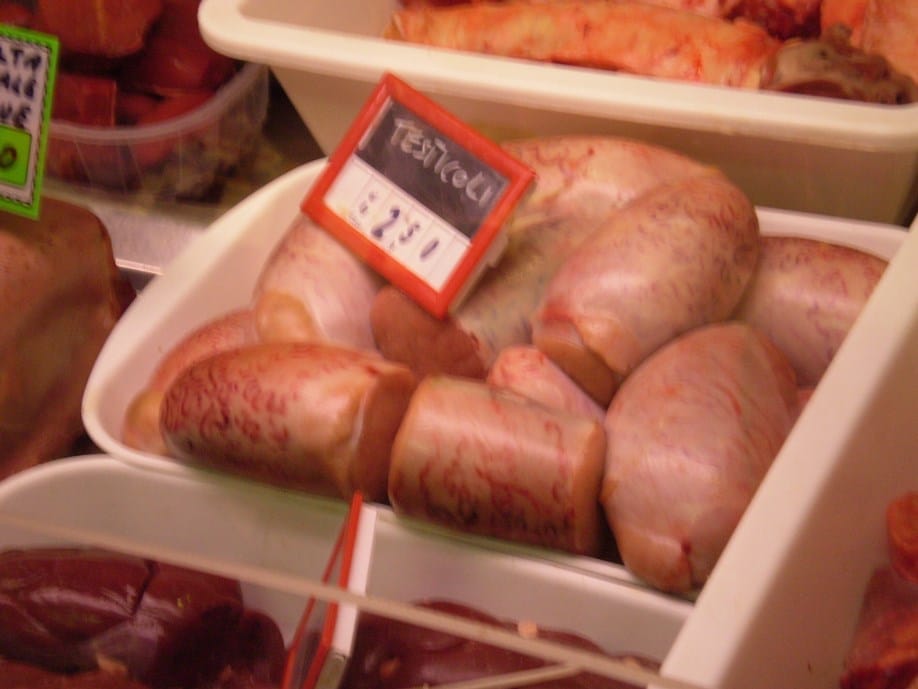 The unfortunate bull’s goolies are covered in flour and deep fried, sometimes after being pounded flat (in the interests of animal welfare, this ball-flattening happens post removal). Rocky Mountain oysters are usually served as an appetiser, although it seems very strange to try to stimulate people’s appetite by serving them something like this.

While the fashion for hiding a food’s true nature behind a misleading name is rather unfair, in cases such as Rocky Mountain oysters it is at least understandable. The irony of the chosen name here, of course, is that oysters are usually eaten whole – so even if they were real oysters, you’d still end up swallowing something’s gonads. 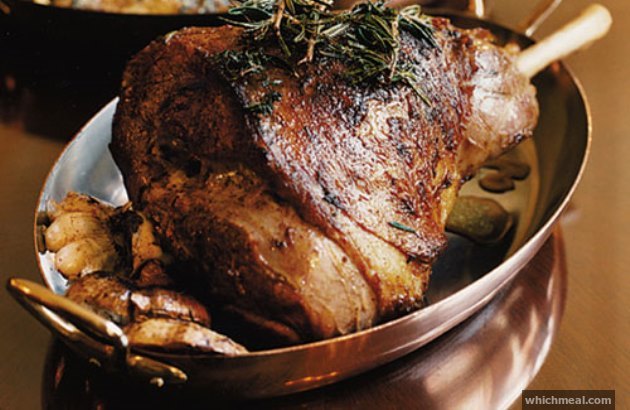 You’re probably getting the idea of this now, so you won’t be surprised to hear that colonial goose isn’t goose at all. In common with all other food in New Zealand, the dish is actually made from lamb.

Early settlers to New Zealand really missed the roast birds from home, so they invented colonial goose as an alternative. The lamb is stuffed with honey and apricots before being marinated in red wine – it sounds really nice, so I don’t know why they went to the trouble of trying to pretend it was something else. Has anyone ever been tricked into thinking that a lamb was a goose? I doubt it. 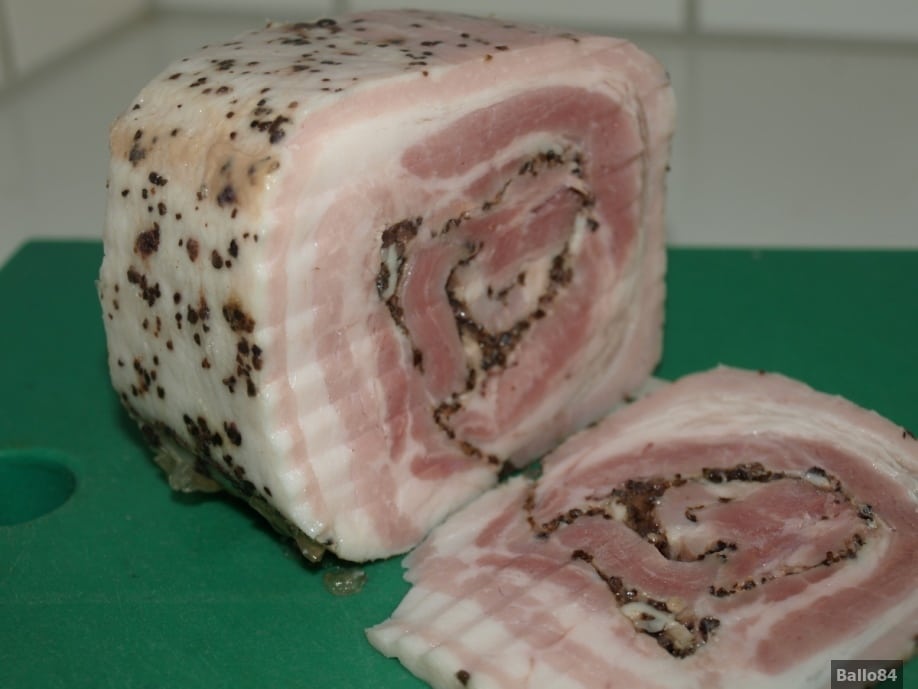 Whoever named this one really misunderstood what they were supposed to be doing. Sure, it isn’t a cheese, so that’s named incorrectly, but I’d have thought it was the “head” part that they would’ve wanted to hide. 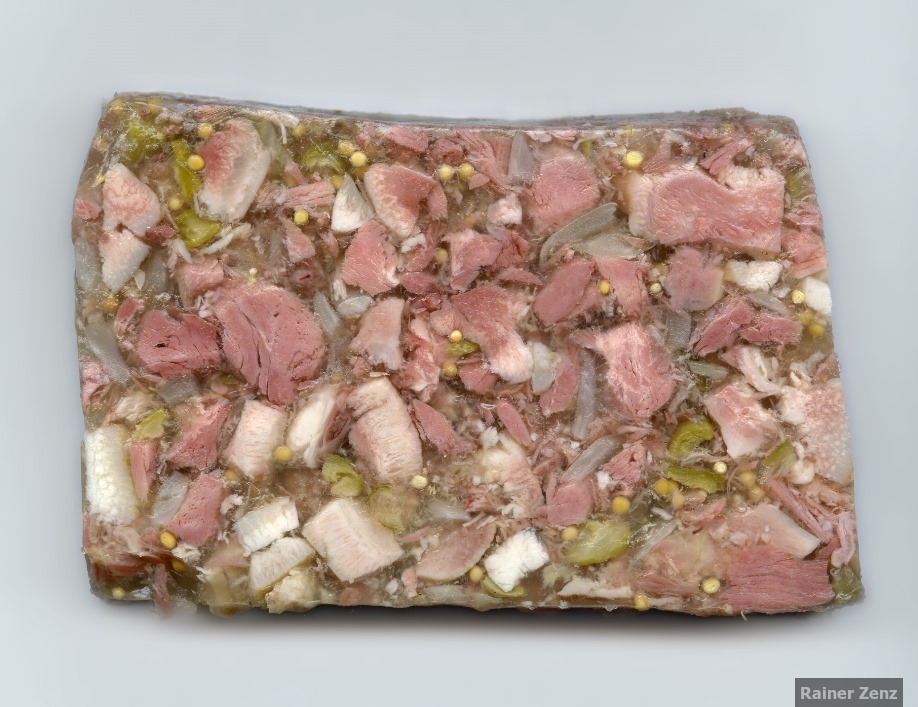 Head cheese isn’t like cheddar or stilton. It isn’t really cheese; it’s bits of meat set in a meat jelly – a meat jelly that’s been made by boiling a pig head. Often it’ll also have onion and spices in it, but that might just be to take away the taste of boiled head. To make head cheese slightly less unpleasant, the eyes and the brain are usually removed (however, the heart and the feet are sometimes added, so that probably cancels it out). 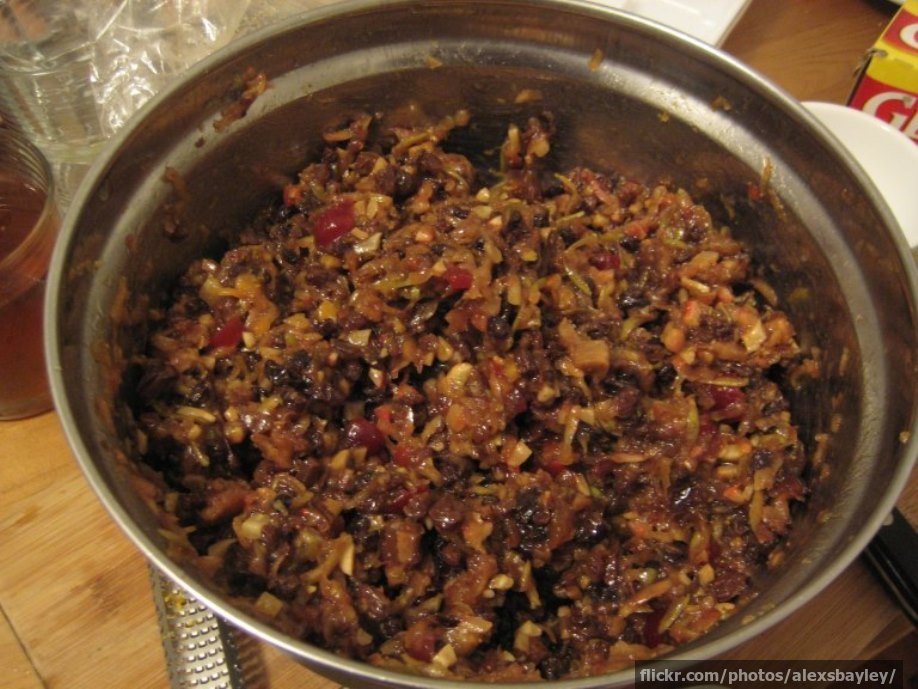 Mincemeat is a spicy fruity mixture that’s most commonly served in pies at Christmas. It doesn’t usually have any meat in it, despite the word meat being in its name. It also has the word mince in its name, which is sometimes used to mean minced meat, a product that is actually meat despite sounding very similar to mincemeat and differing by only one letter. Even more confusingly, when mincemeat (the non-meat one) is in a pie, it’s called a mince pie; even though that would suggest it was a pie containing mince. 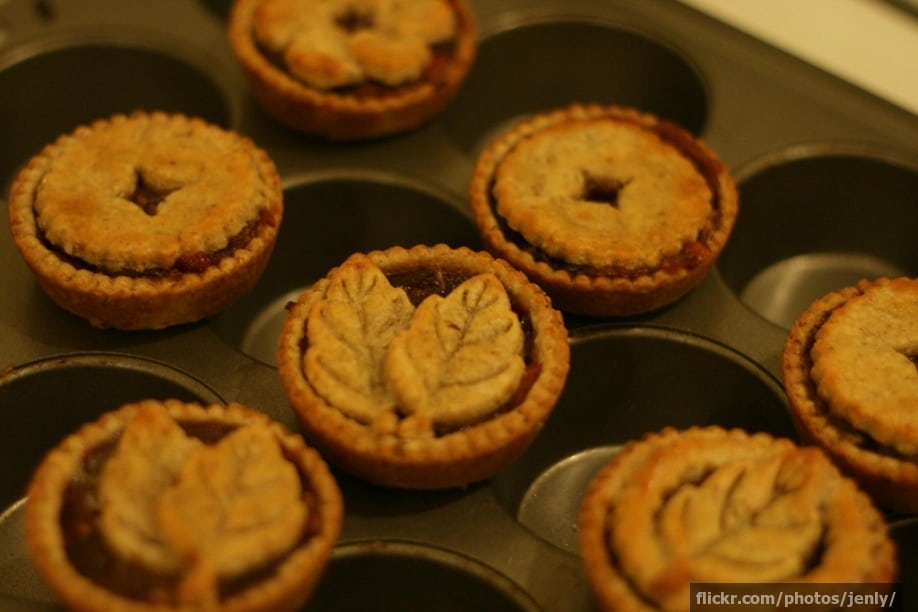 When mincemeat was invented, it did contain meat as well as the fruit and the spices. These days, almost no mincemeats have meat in them (although some do still contain beef suet). In this case, the food hasn’t been misnamed to disguise an ingredient (or a lack of one) – it was named fairly but then the recipe changed and made it look like a lie. 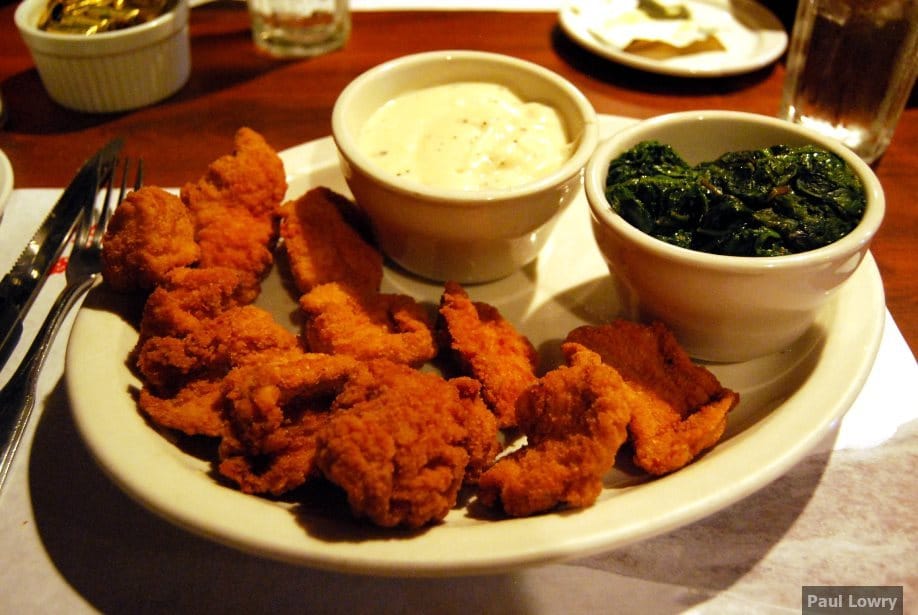 Lamb fries are misnamed because, as with everything on this list, the main ingredient doesn’t have to be lamb – often a young bull will supply the ingredients instead. Each one is peeled (yuck), breaded and fried – so at least the “fries” part of the name is accurate (even if it does obscure what’s hiding in the dish). In case you haven’t guessed – lamb fries is yet another euphemism for edible testicles.

Apparently, lamb testicles have a consistency similar to a juicy scallop, but I’m in no position to verify this. If anyone has eaten lamb fries and wants to let us know, please do so (feel free to answer anonymously if you’re embarrassed about having had an animal’s balls in your mouth).