Home » Blog » Creepy-crawly cuisine: Edible insects from around the world

Home » Blog » Creepy-crawly cuisine: Edible insects from around the world

I’m a very fussy eater. Unless I’ve eaten something before, and enjoyed it, there’s a strong chance I’ll just stare at it suspiciously for a few seconds, before slowly pushing the plate or bowl away from me. I’m also not particularly fond of insects. So imagine my non-judgemental fascination with the fact that, in many countries around the world, insects are quite the delicacy!

Here are just some of them: 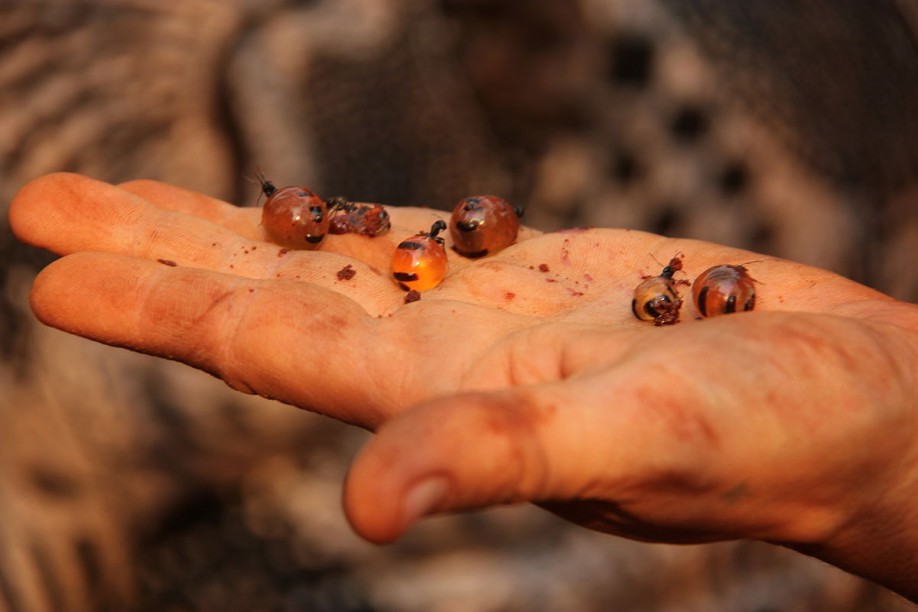 Poor old honeypot ants aren’t safe from anyone… Not only are they considered a bush food by various Aboriginal peoples (and travelling hipsters who just want to say they’ve eaten something weird), they’re also eaten by the other ants! Honeypot ants are effectively living mini fridges, that run around with bloated abdomens filled with a kind of nectar for the other ants to feed off of when they feel like it. The worker ants bring prey to honeypot ants to fatten them up, so they can extract the food later on. It’s quite sweet when you think about it. And indeed, the ants apparently have a mild lemon honey taste… Sweet!

I’ve picked grasshoppers at random, but to be honest, it’d be easier to list the insects the Zambians don’t eat! They also eat bee larvae, cicadas, caterpillars and mafulufute, which basically means “large flying insects”. Zambians eat the insects as part of nshima, which is their staple meal of roasted or pan fried insects. The green grasshoppers are caught as they hop about amongst the crops, dewinged and fried in a pan until crunchy. Apparently, they smell rather like fried eggs. 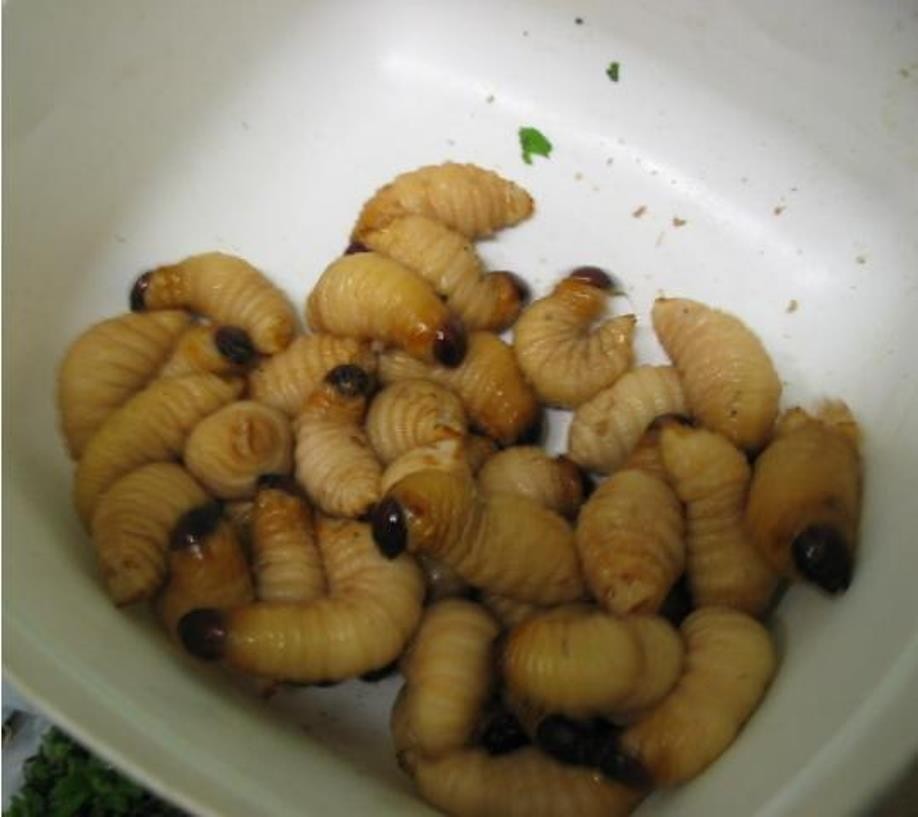 When sago grubs grow up, they become red palm weevils (or, if you’re a fan of needlessly complex Latin names, Rhynchophorus ferrugineus), which is a kind of snout beetle. Described like that, I think they sound rather cute. But I still wouldn’t want to pop one in my mouth. They’re eaten across southeast Asia, and are considered a speciality in Indonesia and Malaysia. Apparently, they taste creamy when they’re raw, becoming more like bacon or meat when they’re cooked. 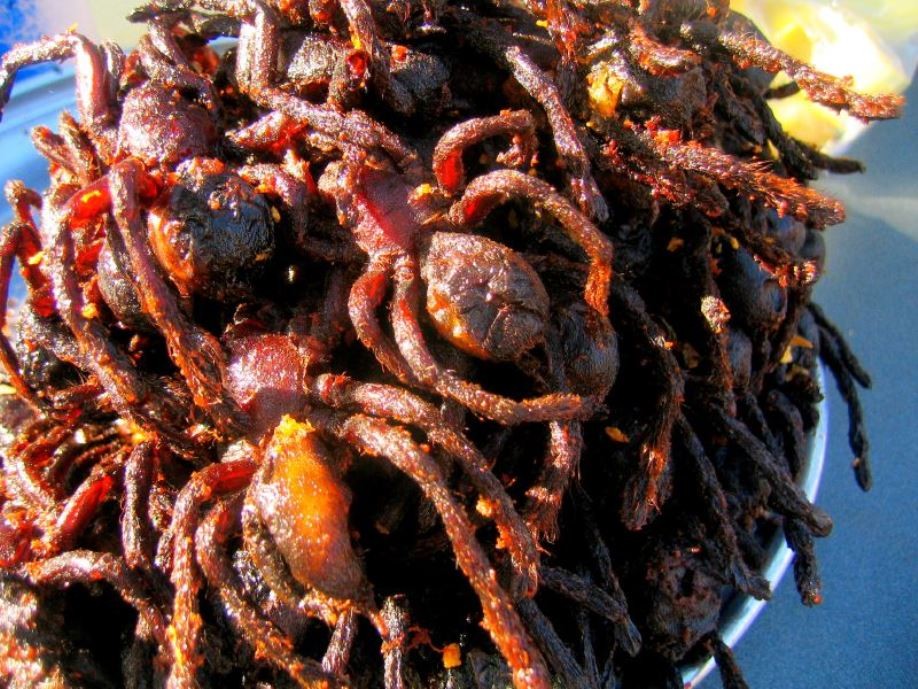 Yes, yes. I know, I do know. Tarantulas are spiders and spiders aren’t insects; they’re arachnids. But shh. Whatever taxonomy they fall into, spiders are just evil. I scarcely want to look at an enlarged photo of one, let alone fry one in oil and stick it straight in my mouth. But this is exactly what they do in Cambodia. To make matters worse, the spiders are apparently quite bland, like a cross between chicken and cod. So not only are you putting a spider in your mouth, you’re also not getting much out of it.

By the way, if you’re going to try fried tarantula, maybe give the abdomen a miss..? It contains a brown paste which is a mixture of organs, eggs and, er, excrement…