Home » Blog » Eggs from around the world

Home » Blog » Eggs from around the world

Which came first – the chicken or the egg? It was the egg, obviously, but still; it makes you think, doesn’t it? Despite having been around for millions and millions of years, there are still plenty of things we can learn about eggs – for instance, did you know that egg yolks get most of their colour from the hens’ diet (rather than being yellow because baby chicks are yellow, like I thought).

With Easter almost here, what better time could there be to brush up on your egg knowledge? Here we’ll take a look at some world record eggs, some unusual ways of eating eggs and some other eggy facts that you can use to amaze your friends in between mouthfuls of chocolate… 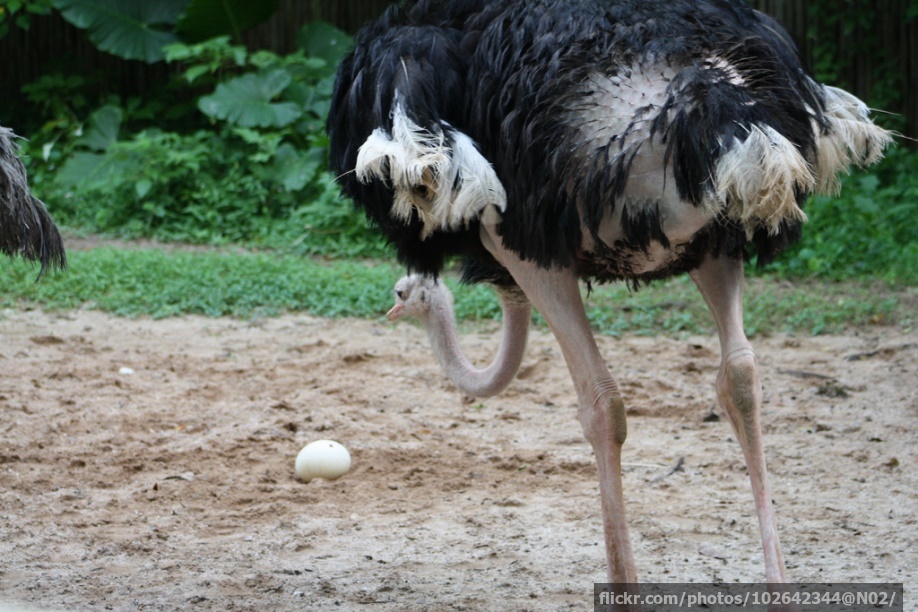 It’s probably no surprise, but the world’s biggest eggs are laid by the world’s biggest birds. Ostrich eggs are 15cm long and weigh roughly 1.5kg – over 20 times the weight of a chicken’s egg. They may be massive but, strangely, they’re actually the smallest when compared to the size of the bird (ostriches are so huge that the egg represents only 1-4% of their body weight). The award for the biggest egg-to-layer ratio is won by the kiwis of New Zealand, who somehow manage to squeeze out an egg that’s a full quarter of their size. 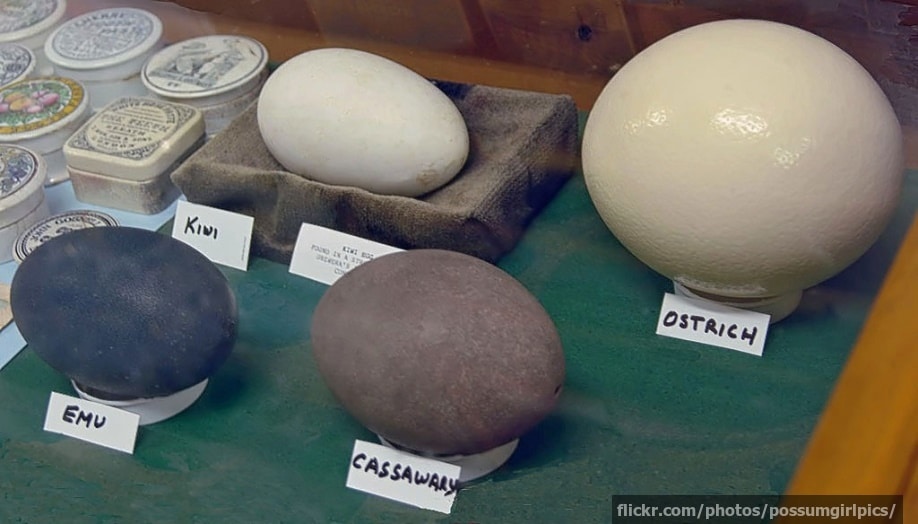 If you want to make a gigantic omelette, then ostrich eggs are the biggest fresh eggs available. However, if you just want to look at a big egg and not eat it, you could always try to track down one from Madagascar’s elephant bird. The birds themselves have been extinct for about 300 years, but when they were alive they were popping out eggs with a circumference of over 1m, the largest in history. One of these eggs sold for over £66,000 at a 2013 auction, although, if you’re desperate, there seem to be examples for just £2-3,000 available on eBay (postage not included). 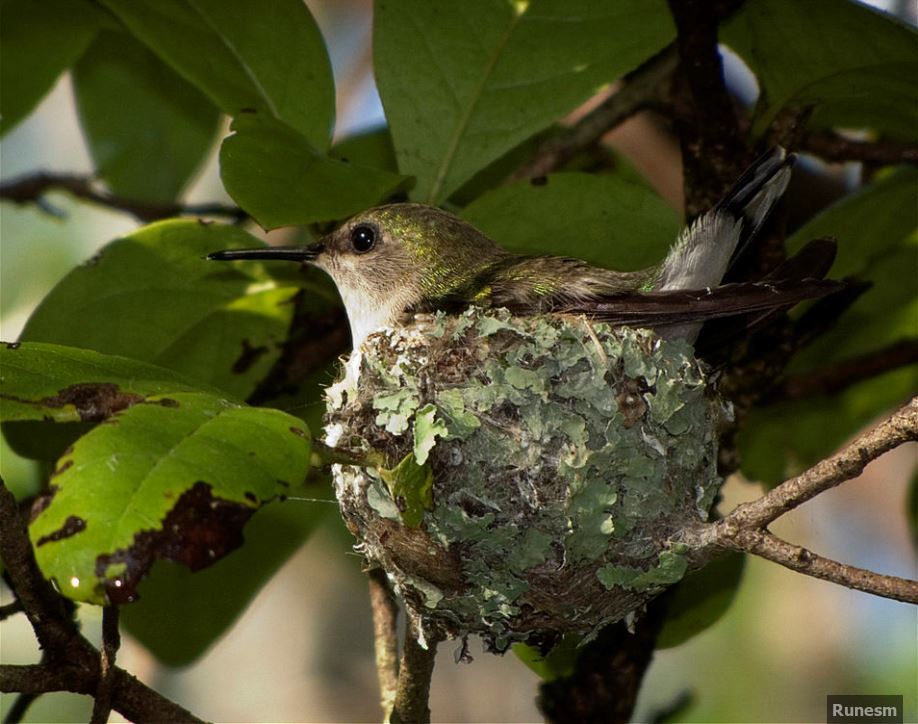 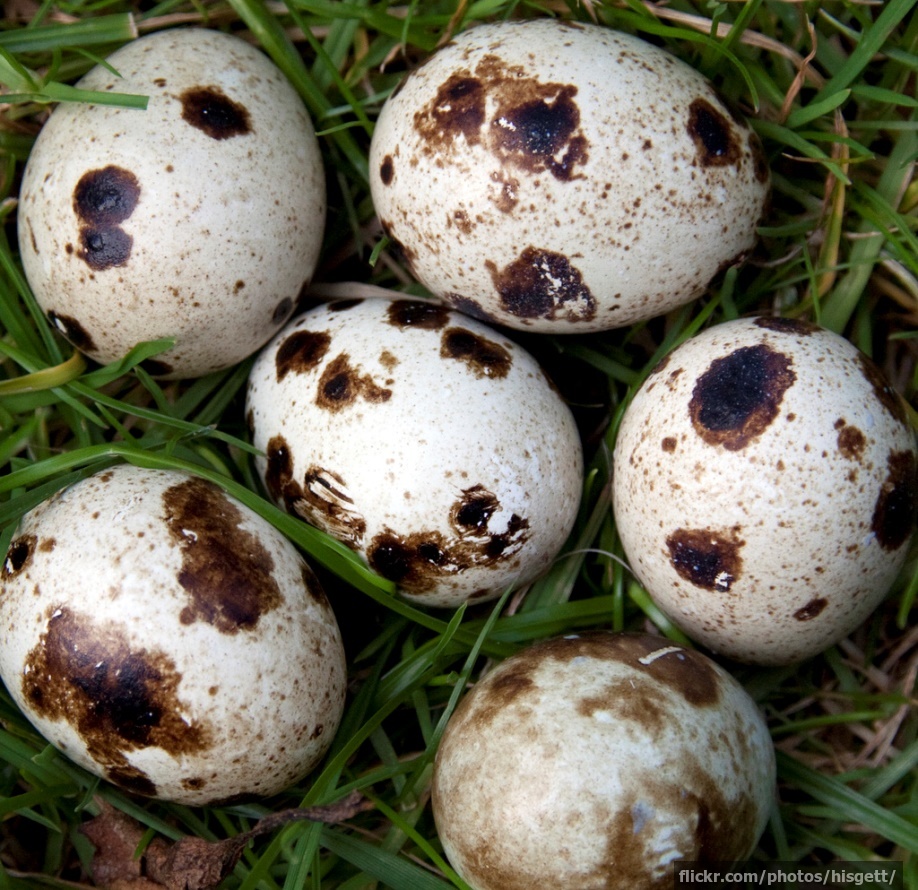 If MasterChef is to be believed, then quail eggs are the smallest (bird) eggs that people ever bother having for dinner. The eggs are thought of as a bit of a delicacy, but they’re about the same price as normal, chicken eggs, so you don’t have to be posh to eat them. Having said that, they are tiny, and the bobwhite quail lays them 28 at a time (more than any other species), so really they should be even cheaper. 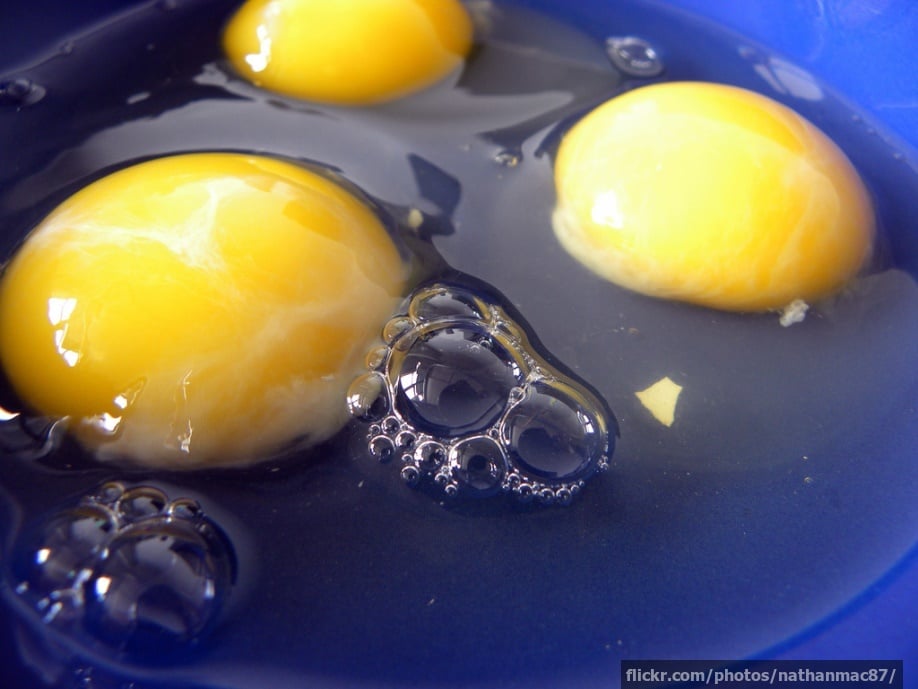 There’s no easy way to say this, but some people really believe they can use eggs to predict the future. It’s called oomancy, which sounds pretty spooky, and involves dropping an egg white into hot water then “reading” the shapes it makes as it cooks. If you’re going to try this at home, remember to only use the egg white – you can’t predict the future with the yolk.

It may seem particularly silly that someone would try to see into the future by looking at a cooked egg, but really it’s no sillier than any other kind of fortune telling. In some ways it’s less silly – there are roughly 6.4 billion hens on the planet, so statistically one of them is bound to lay a psychic egg sooner or later. 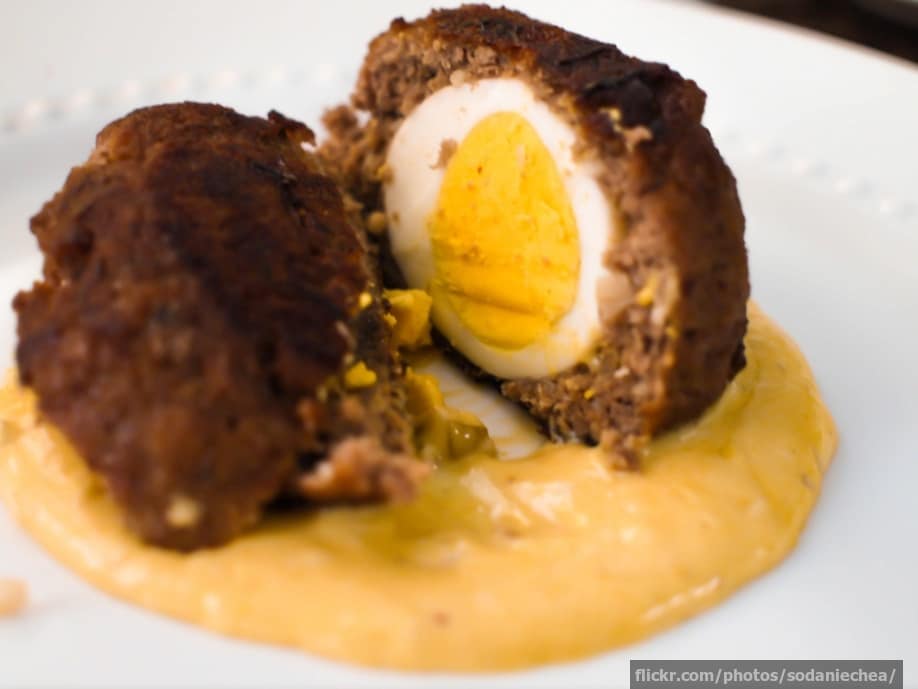 Eggs can be cooked in many different ways, and everybody has got a favourite. Personally, I like my eggs scrambled, although fried eggs are very nice as well. And boiled ones. Thinking about it, I quite like poached eggs too. It’s difficult to choose a favourite, isn’t it?

I’ve never been that keen on scotch eggs (or the people that eat them), but they seem to be quite popular. The largest scotch egg in the world was built in London in 2011 – an ostrich egg surrounded by 6kg of sausage meat. Depending on your point of view, this is either a delicious achievement or a terrible waste of food. 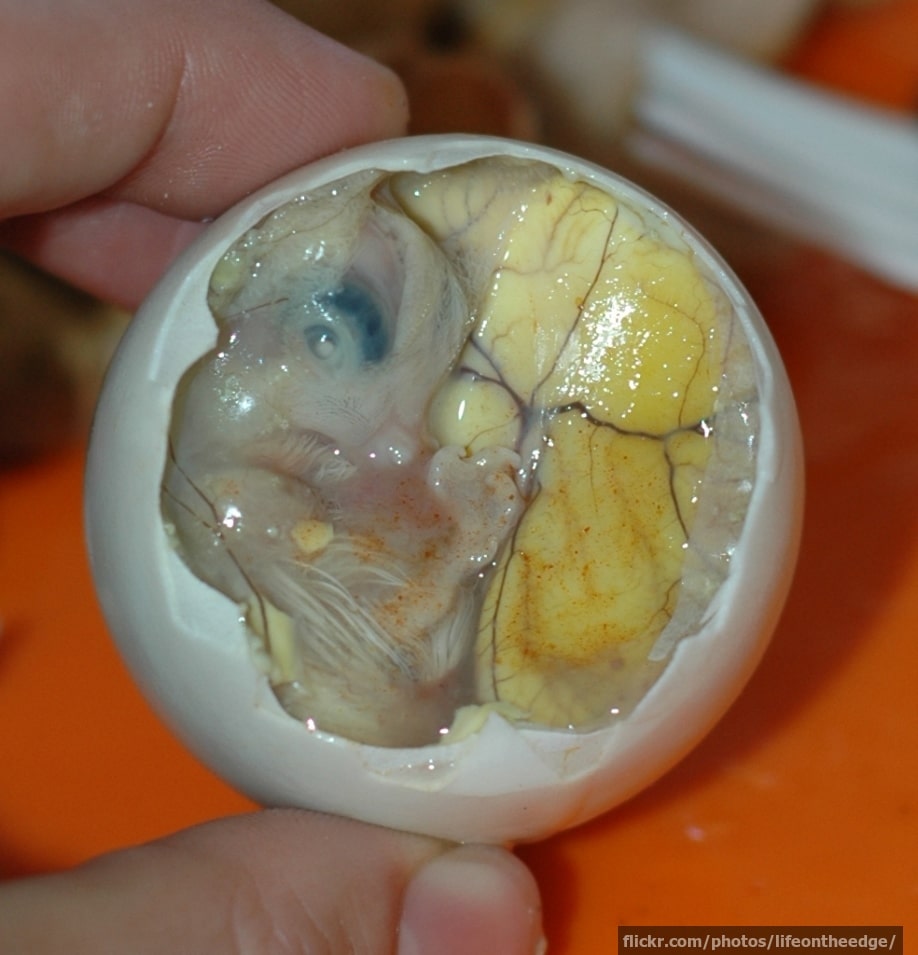 Another type of cooked egg that I’m not sure about is a balut. This is a duck egg that’s boiled and eaten straight from the shell; which sounds fine, other than that the egg has been fertilised and allowed to partially develop. Balut is a popular street food in the Philippines and is also widely available in Vietnam, where they prefer the duck embryo to have “matured” for 19-21 days before they chew it up. I know it’s important not to be too judgemental here, and to try to comment sensitively on cultures and traditions that I don’t fully understand, but in this case I think it’s fair to say “Eurgh…yucky.” 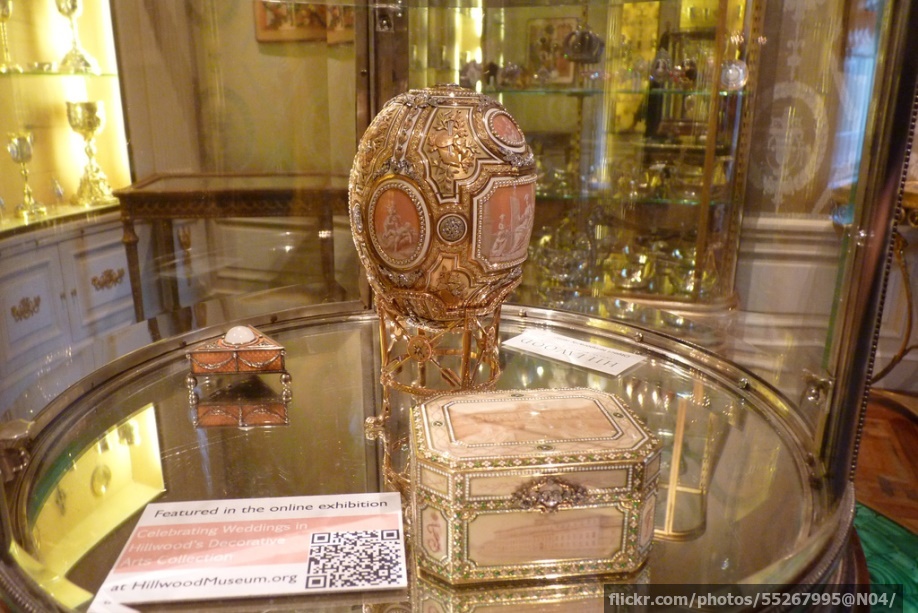 While the £66,000 elephant bird egg may be a touch on the pricey side, it’s a bargain compared to the amounts people will pay for Imperial Fabergé eggs. There are only fifty of these intricate, jewelled eggs in existence, and this rarity pushes up their price – in 2007, the “Rothschild Egg” was sold at auction for £8.9 million which, I’m sure you’ll agree, is egg-stremely egg-spensive. 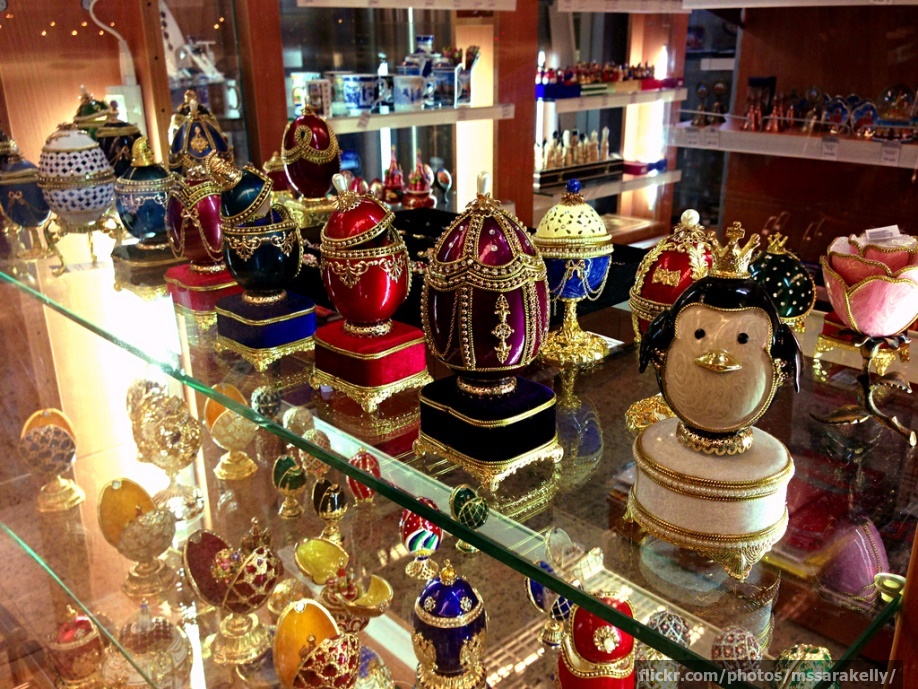 Excitingly (egg-citingly), hiding inside their glamorous exteriors (egg-steriors), the Fabergé eggs each contain a special surprise. In this way (and only in this way) they’re very much like Kinder eggs – the difference being that the “surprise” is usually a clockwork bird or a miniature golden palace, rather than a cheap plastic racing car.

Most of the Imperial eggs were created by Peter Fabergé for the Russian royal family – at the end of the nineteenth century it became a tradition for the Tsar to give one of these eggs to his wife as an Easter gift. Of course, the Tsars were extremely wealthy and could afford unique, diamond-encrusted eggs; if all you get on Easter morning is a foil-covered Nestle effort, it doesn’t mean that your husband doesn’t love you.