What could be more delicious that a hot, stone soup of an autumn evening? Well, quite a lot I imagine. A soup made from stone doesn’t sound appealing, let alone edible. However, it is both. It’s actually a very popular dish from Portugal. And not only is it delicious, it’s got a story attached to it too. 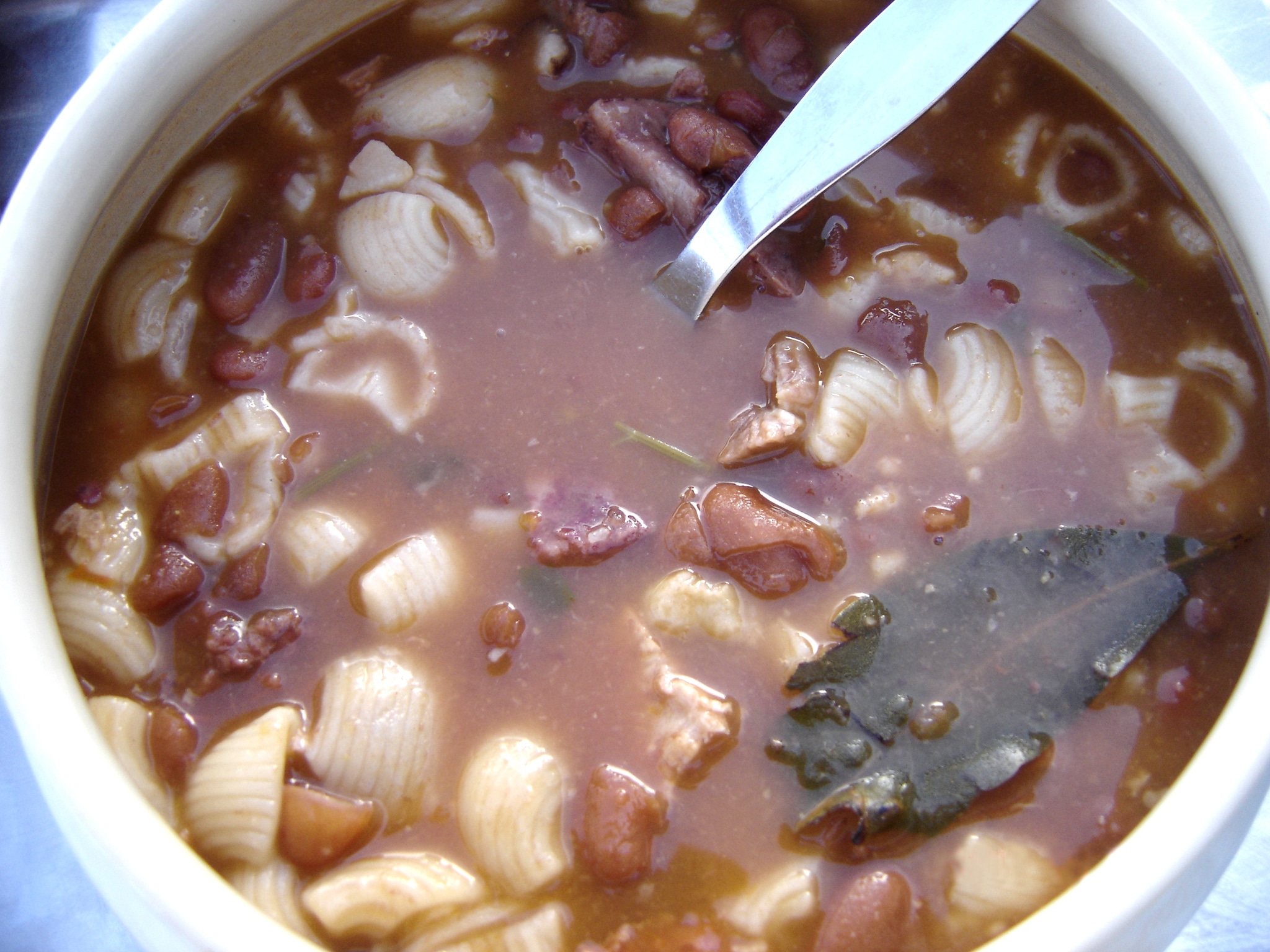 You can find sopa da pedra, as it’s known in Portuguese, in Lisbon and more readily in the city of Almeirim, about an hour’s drive from Lisbon. Almeirim is the stone soup capital because it’s here that the soup first came about. 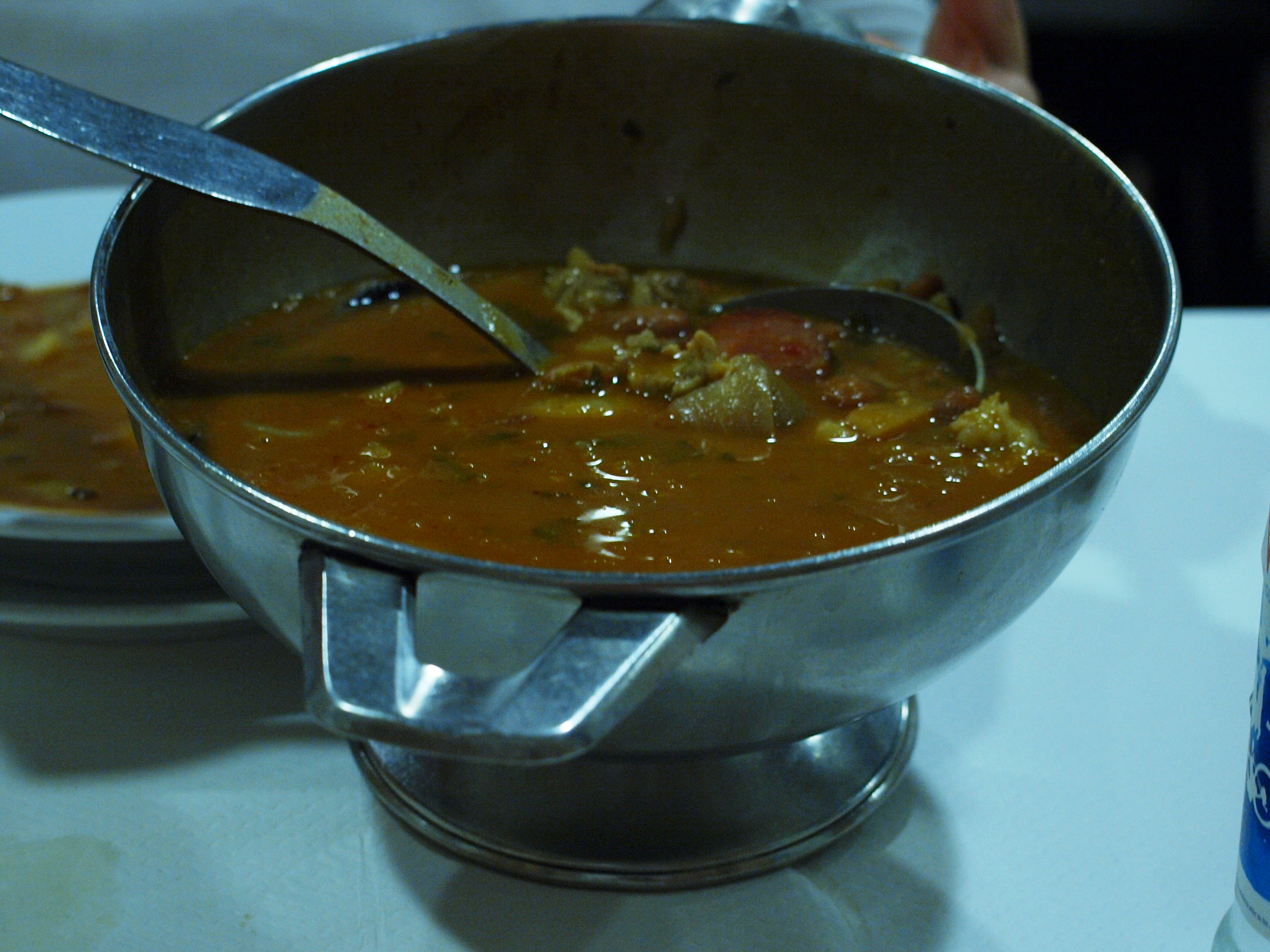 According to the folktale, many years ago a poor friar stopped at the village of Ameirim whilst on a pilgrimage. He had nothing to eat so knocked on the door of a nearby house. Being too proud to beg, he asked for a big pot so he could make a delicious stone soup. The family of the house were intrigued, intrigued enough to let him in and set up a large pot of water over the fire for him.

The friar took a big, clean stone from his pocket and dropped it into the water. A few moments later her tasted the stone soup and said it needed just a touch of salt. So the wife gave him some salt. The friar graciously thanked her and suggested that maybe a little bit of sausage would do the trick. The wife had some sausage so threw a few slices into the pot. 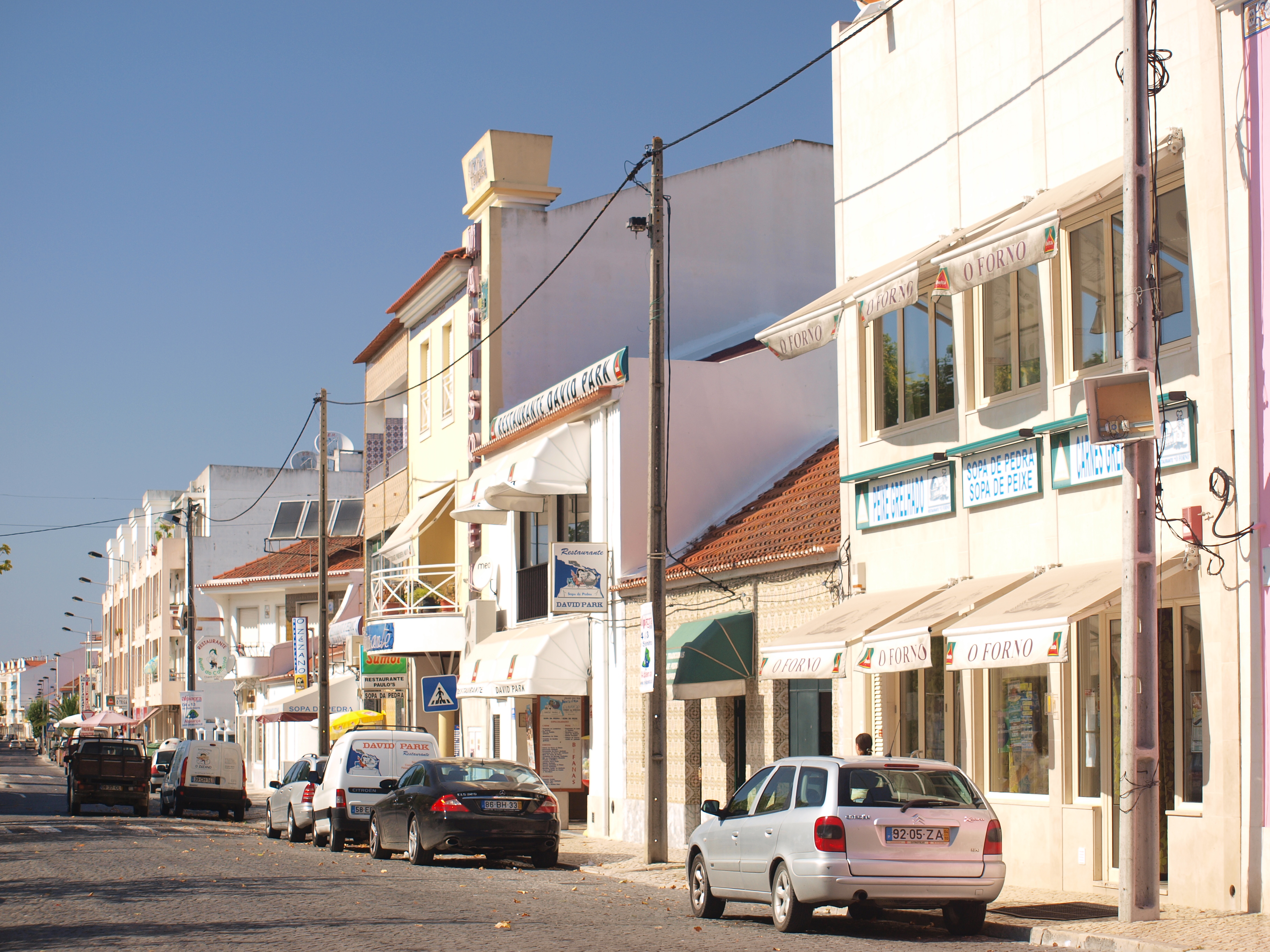 “Oh, and if you have any leftovers from a previous meal such as beans or potatoes, they could be used to enrich the soup,” said the friar. Luckily, the wife did have some leftovers, so in they went. This back and forth went on until the friar finally announced that he’d made a delicious and filling soup. He fished out the stone, washed it and dried it, and put it back in his pocket, ready for the next stone soup he needed to make.

Nowadays. stone soup can be found in almost every restaurant in Almeirim. Every recipe differs slightly but somehow all of them are the authentic version. The soup usually contains beans and pork of some kind and is served with a thick slice of bread and a piece of cheese. It doesn’t usually contain any stones.