Gardening is seen as a therapeutic hobby – and rightly so too. There’s nothing quite like watching something you put into the ground and watered grow to its full beauty. We tend to buy and pot plants that make our gardens and parks look prettier, but there are some odd plants from different parts of the world that need some, erm, attention too…

The corpse flower | Found in the Indonesian rainforests 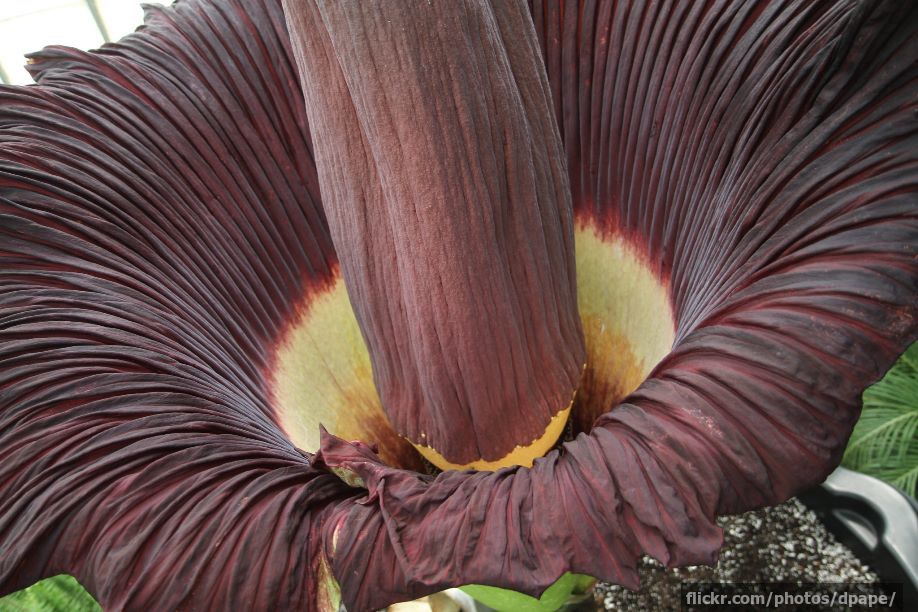 The corpse flower, or Amorphophallus titanium/titan arum, is certainly not the nicest named plant on the planet. The plant was given this nickname because of the putrid smell it gives off, which was described as that “similar to a decomposing mammal”. The reason this plant gives off this smell is because it attracts dung beetles and flies. The insects believe they’ve found some rotting meat to lay their eggs on, and then that helps the corpse flower pollinate. 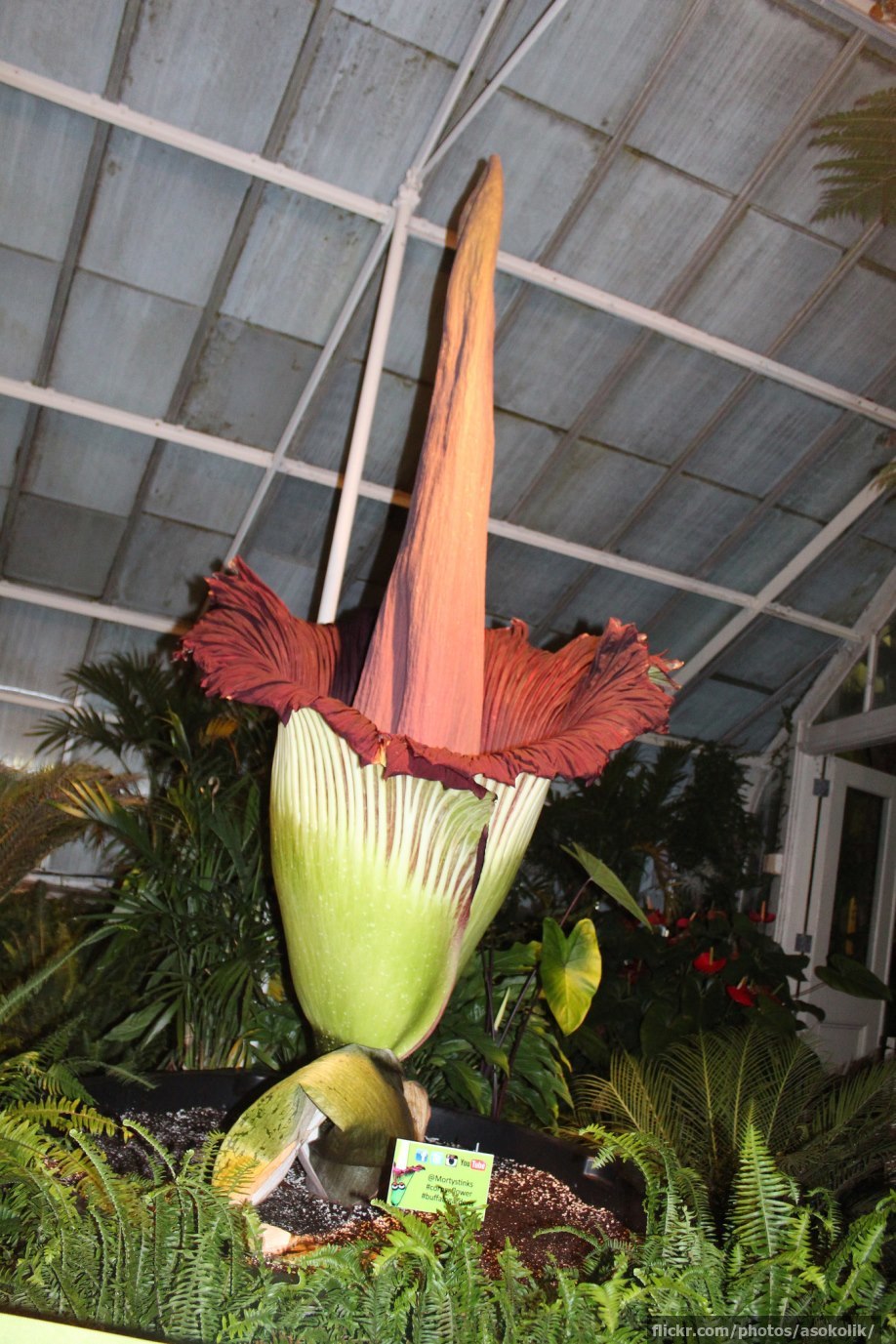 The flower (which looks rather pretty) can grow over 5ft high and 4ft wide, it has purple innards, and a lovely green exterior. It only blooms every six years, seeing the corpse plant in all its glory is a rather special treat – probably not for your nostrils though. And I’m sure it’s obvious where the “phallus” part of the name came from… 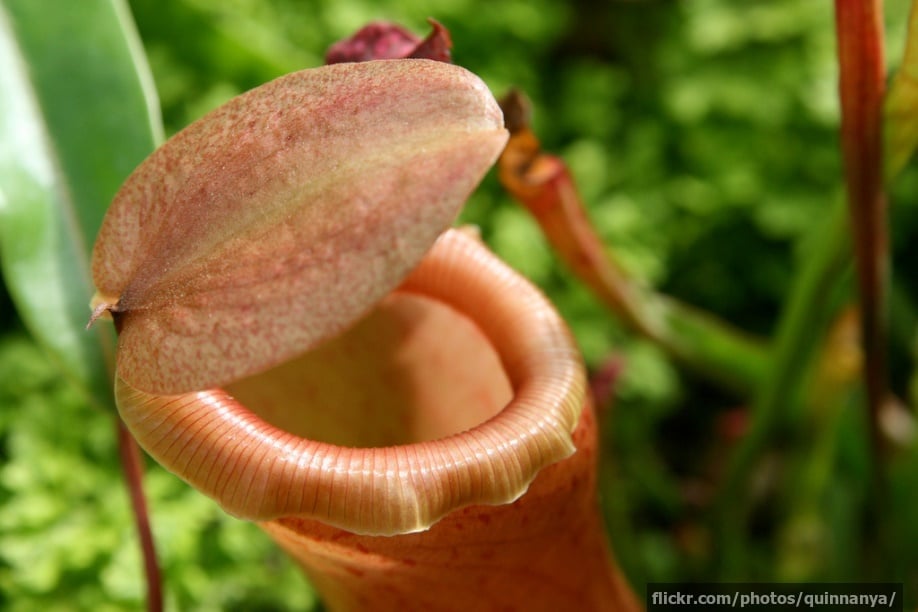 When I think of plants that trap prey, I can only think of one – the venus flytrap. Mainly because the word “trap” is in their name and it is probably the most well-known natural trapping device. But I’ve now learnt about the tropical pitcher plant. 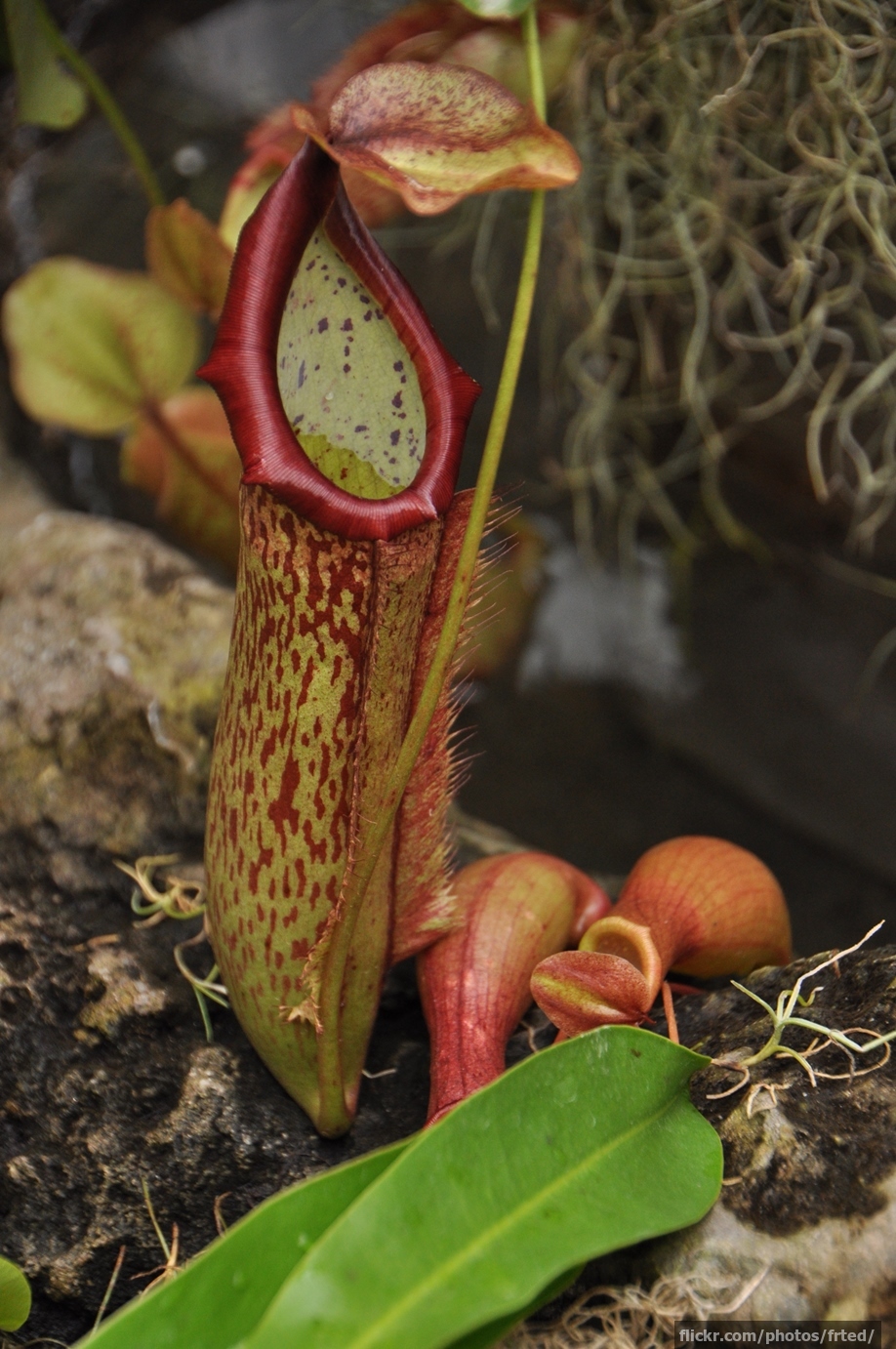 This plant displays itself in such a cunning way; I can’t help but admire its intelligence a little. Attractive colours, sugary nectar and sweet smells encourage insects to have a look and feed from the plant. Once they’ve got inside the plant, the waxy sides prevent them from getting out, and they drown in the acidic liquid at the bottom. In other words, the plant befriends you, and then kills you, which is rather psychotic. 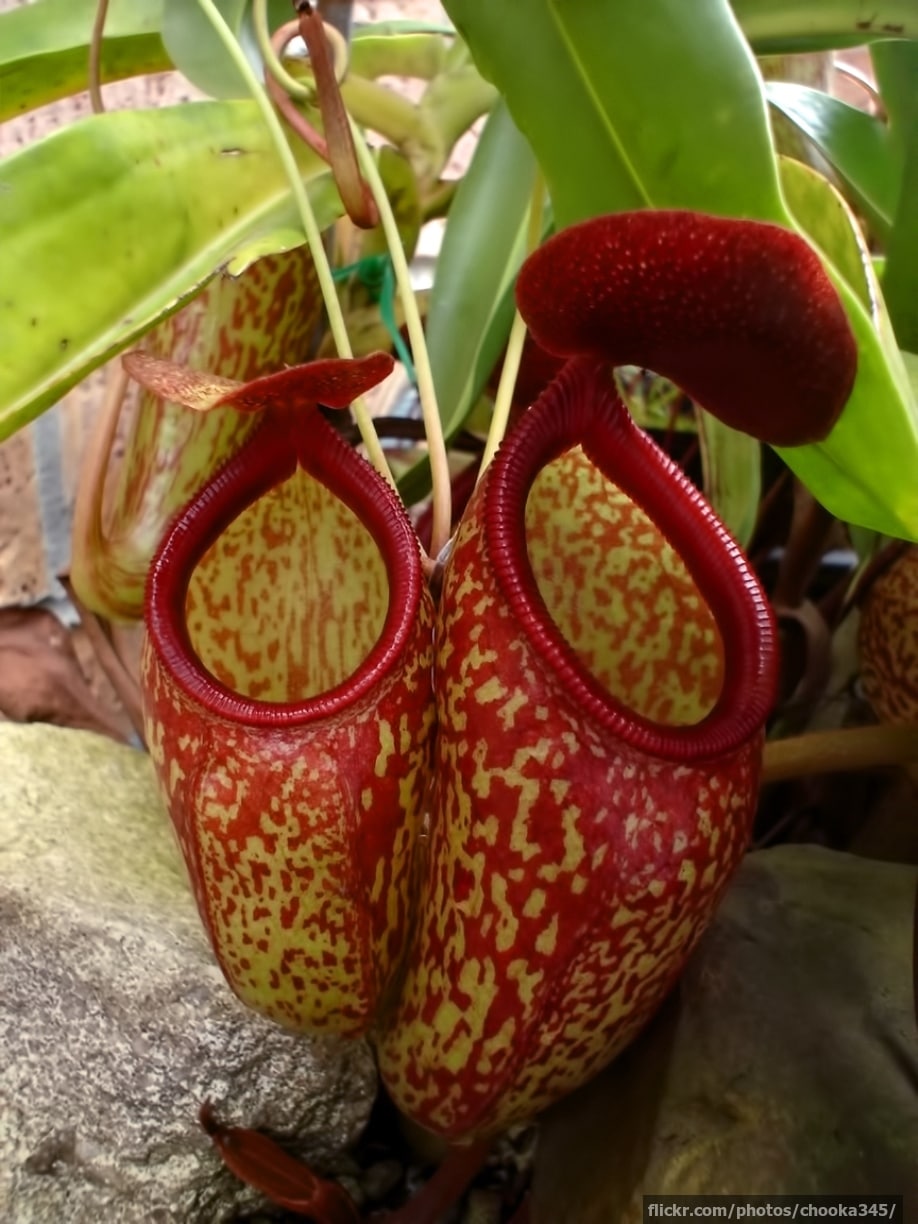 These plants come in all kinds of sizes, and the larger ones have even been known to digest a lizard, which is pretty upsetting actually. There are hundreds of species of these plants, and they can normally be found wrapped around a tree in Southeast Asia. Tropical plant pitchers have also gained the nickname “monkey cups”, because monkeys have been seen drinking from them, which is very adorable! It’s just a shame they’re so mean. 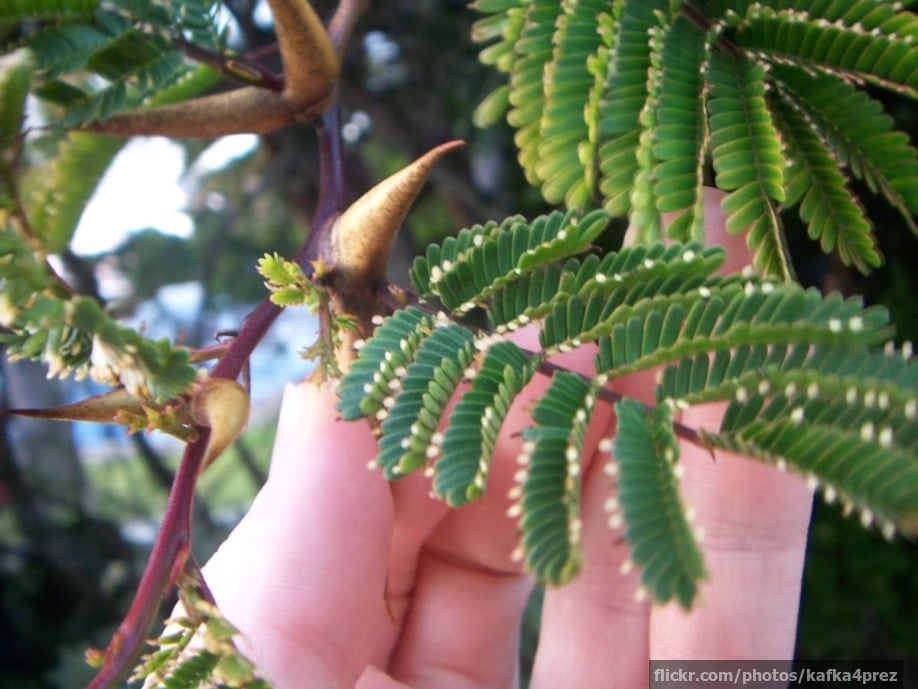 This plant is actually quite a smart little thing. The Vachellia cornigera, also known as the Bullhorn acacia, was given its nickname because of the small horns located at the bottom of the plant’s leaves. Inside the horns are some tenants that have been allowed to live there rent-free. The tenants are in fact ants that are nesting. 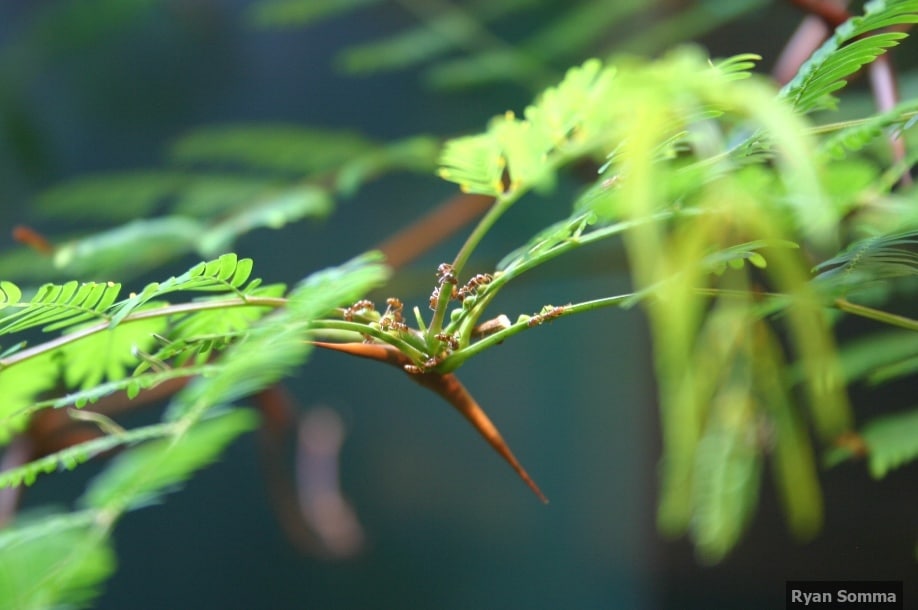 There is a reason for this, though – the Bullhorn acacia have a slight alkaline deficiency, meaning that the plant is more likely to be eaten to death by insects and animals. The ants that are nesting within the horns become very attached to their home and defend the plant – meaning no nasty bite holes, and a long happy life. 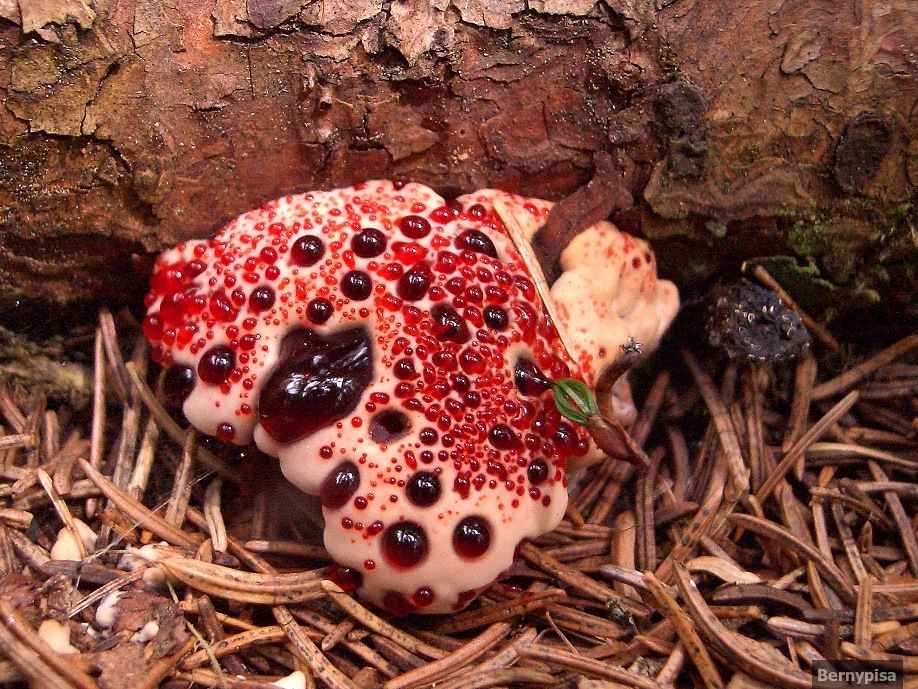 OK, this isn’t technically a plant – it’s a fungus – but I think you’ll agree it’s pretty weird. Its actual name is Hydnellum peckii, but I prefer the nickname bleeding tooth fungus, just because it actually does look like it is a bleeding tooth. 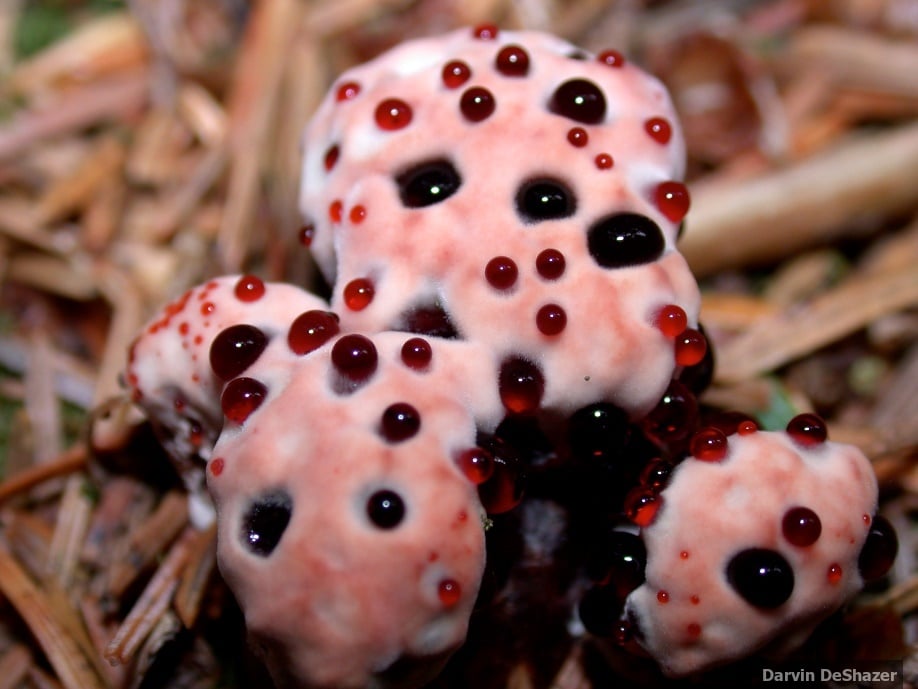 The mushroom is filled with red juice that seeps through the fungus when it’s moist, making it look like a bleeding tooth. The red juice oozes through the mushroom because of high root pressure, which is something known as guttation. The word “guttation” just makes the whole thing a little weirder. The bleeding only happens when the fungus is young; once it ages it turns brown, wrinkly, and not half as interesting. Although they might look like some kind of strawberry sweet, they’re really not. They are deemed inedible, although not deadly. 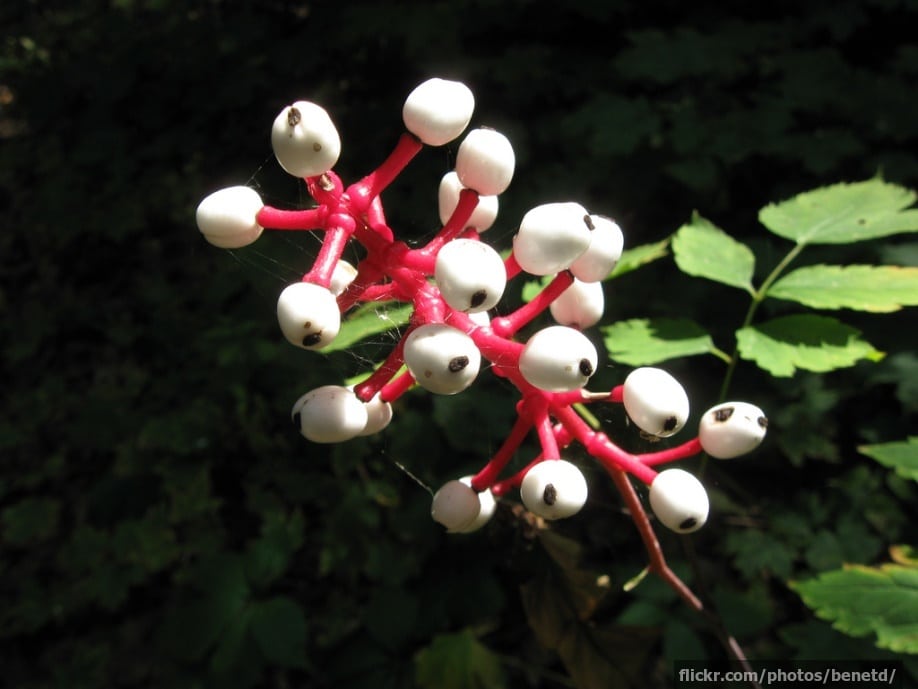 I have a fear of eyes; this is probably my least favourite plant out of the lot. The Actaea pachypoda, also known as doll’s-eyes plant, are just about as creepy as you can get. The doll’s-eyes plant grows to about 2ft tall, and 3ft wide,and its most striking features are its 1cm white berries. 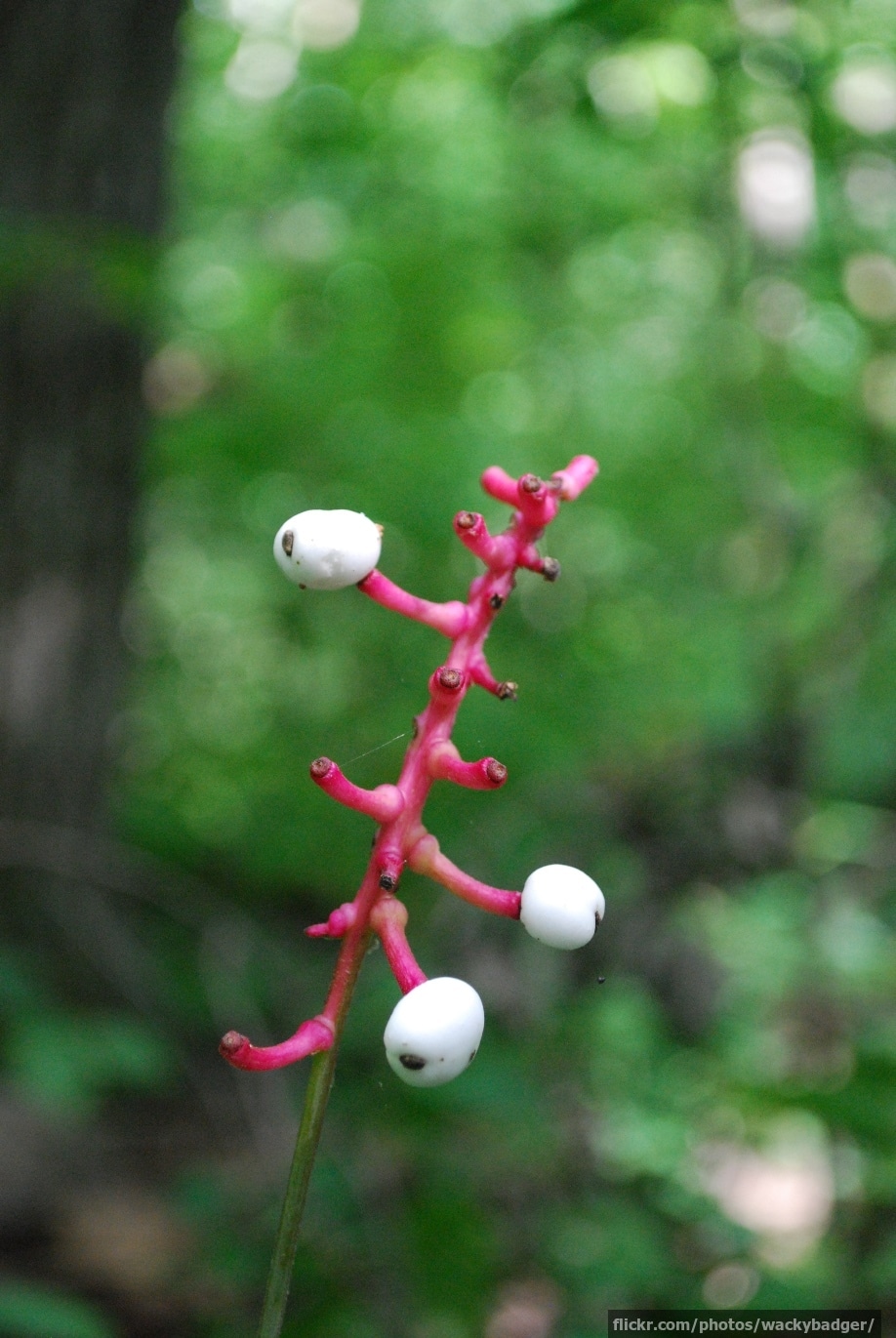 These berries have what can only be described as a pupil on them (it’s actually a black stigma) and it very much resembles an eyeball. The plant is poisonous to humans as it is full of toxins, but why would you look at it and want to eat it? It looks exactly like an eyeball. If this plant was in your garden, you’d really feel like you were constantly being watched. It’s definitely one to avoid, no matter how unique it looks.