Home » Blog » Noni | Unusual fruit from around the world

Home » Blog » Noni | Unusual fruit from around the world 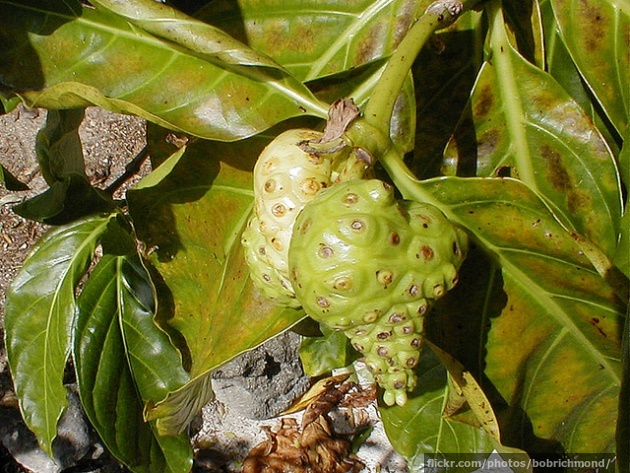 A noni is a type of mulberry, but one which is far too ugly to have a handbag named after it. The fruit can reach up to 18cm long and looks like some kind of gross, larval blob – like it might suddenly split open and a horrible insect will climb out and fly towards you. 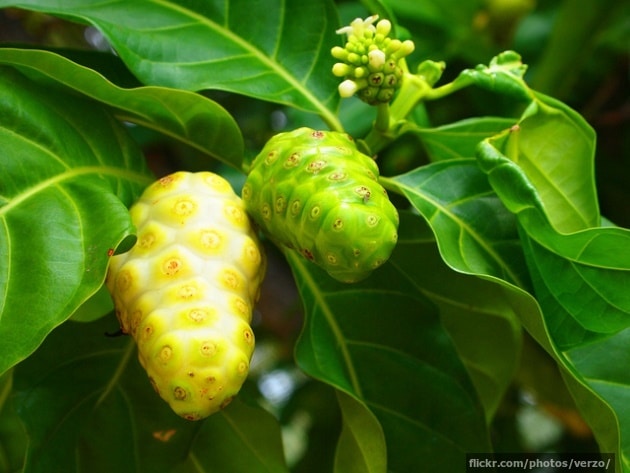 Of course the fruit can’t help the way it looks, and it’s wrong to focus on appearances, but unfortunately the noni doesn’t have much else going for it either. 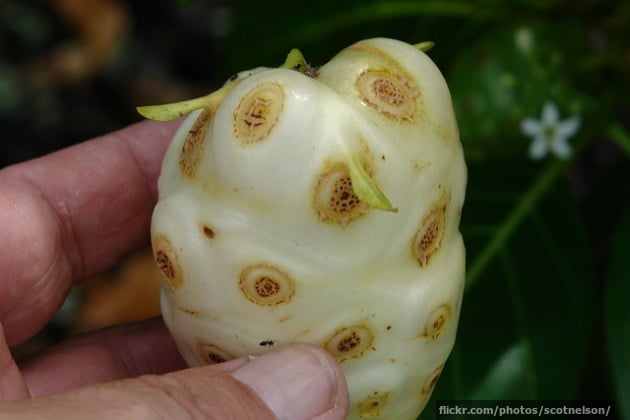 As it grows it releases a strong, unpleasant odour, meaning that it’s sometimes called the cheese fruit or even the vomit fruit. 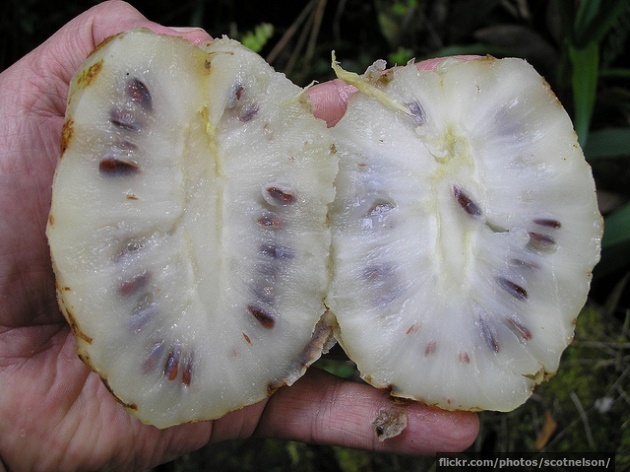 If you’re determined to eat one, and aren’t put off by the smell, you’ll find that the fruit has a bitter taste and very little nutritional value.