It’s said that going for a quick walk outside can lift even the most stubborn feelings of depression. A few minutes taking in the fresh air, the birdsong and the sound of the wind blowing through the trees can cheer you up and put a spring in your step. This is all assuming, however, that you’re not going for a walk in Japan’s Aokigahara forest. Because, chances are, a walk in Aokigahara will end in the taking of your own life. 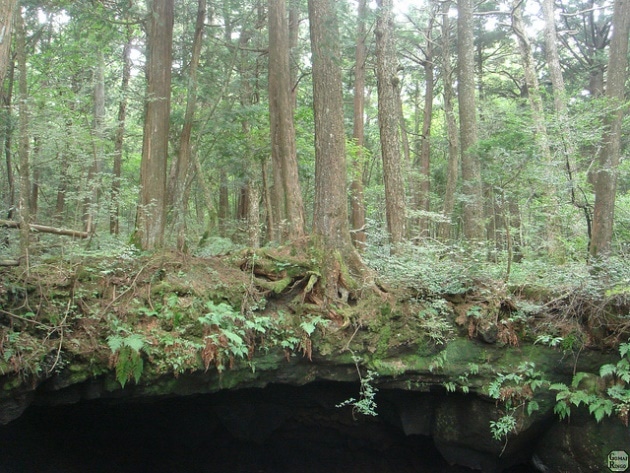 Aokigahara, which lies at the northwest base of Mount Fuji, doesn’t really look especially different from any other forest – there are lots and lots of trees and mushrooms and, one would expect, a few stray crisp packets and Coke cans too. It’s also incredibly serene and quiet. 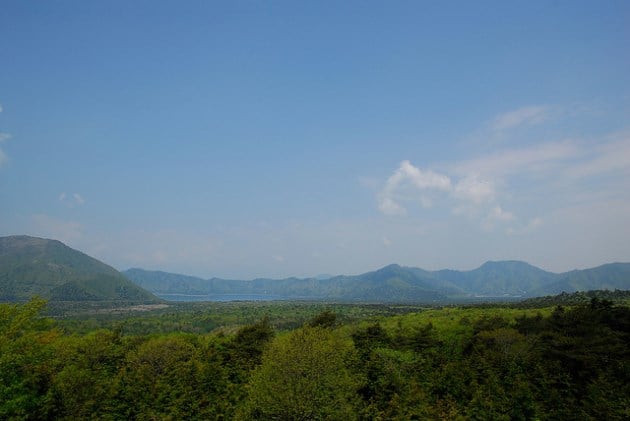 However, despite its harmless appearance, Aokigahara is Japan’s most popular site for suicides. It’s also the second most popular in the world, being beaten only by the Golden Gate Bridge in San Francisco. Now that’s a record to be proud of… 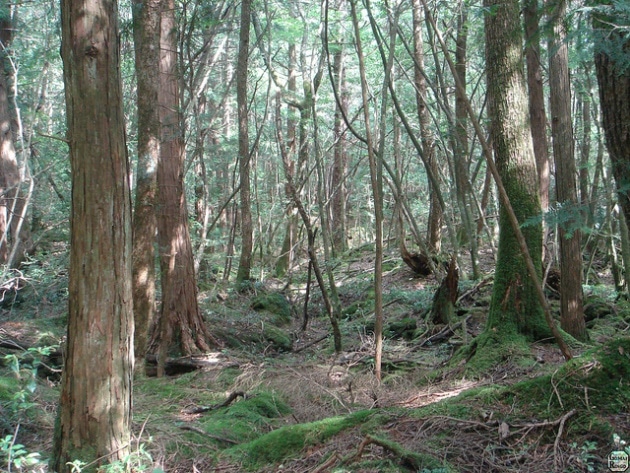 According to statistics, about 100 suicides have occurred in the forest each year since 1988. Because of the forest’s morbid reputation, the local government has put up signs, in both Japanese and English, urging visitors with terminal intentions to seek help instead of killing themselves. 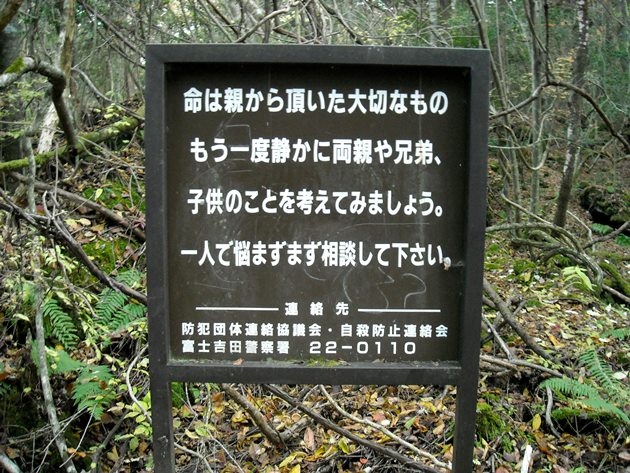 Your life is a precious gift from your parents. Think about them and the rest of your family. You don’t have to suffer alone, call us 555-22-0110

It’s commonly thought that Aokigahara’s suicidal reputation comes from a 1960 novel by Seichō Matsumoto called “Tower of Waves”, however the forest had been associated with death long beforehand. 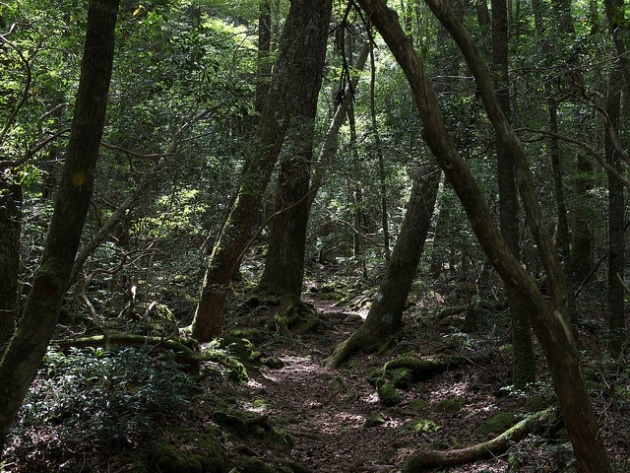 It’s alleged that the practice of ubasute, where elderly or infirm relatives were left in the wilderness to die (probably not what dear old aunty Peggy was expecting on her 90th birthday), was conducted in the forest right up to the 19th century.
This is said to have left plenty of yūrei (angry spirits) wandering around Aokigahara looking for vengeance. I don’t blame them! If my relatives carried me out to some godforsaken woods to die in my old age, I’d be livid!
Photo credits: gomafringo, BONGURI, Studio 360 Blog and elminium