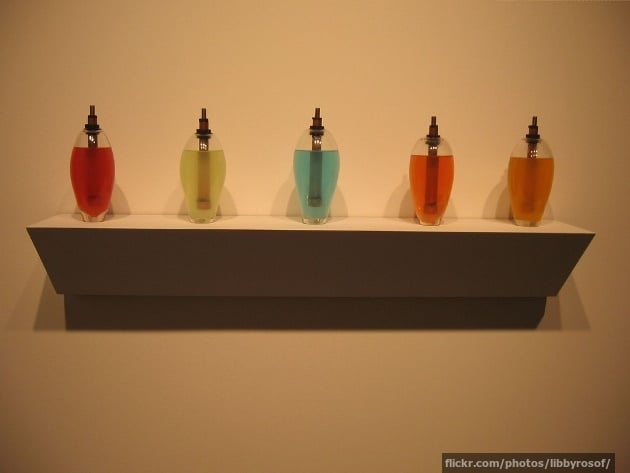 The word “electricity” wasn’t even thought of until the 17th century, but that didn’t stop the ancient Parthians from creating (what some people think are) batteries capable of delivering a small electrical charge. 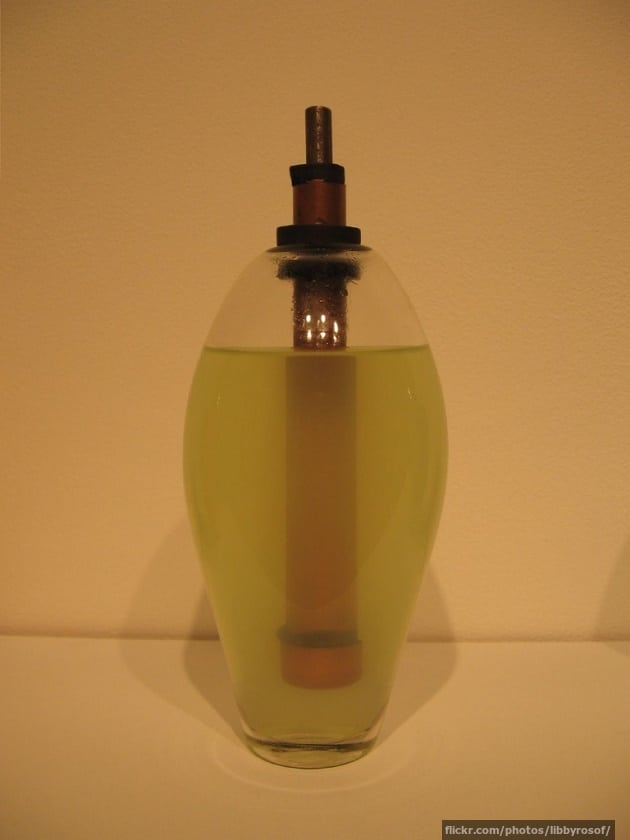 I won’t pretend to understand exactly how the batteries work, but basically they’re five-inch terracotta pots containing a copper cylinder and a small iron rod. Apparently, if you add some kind of acidic liquid (even just lemon juice or vinegar) to the pots, then an electrical charge will be produced. I can’t tell you why. Maybe this is how all batteries work – for all I know, there might be exactly the same thing going on in my laptop as I type this.

It’s unclear exactly what the Parthians would’ve needed electricity for (it was 200 BC after all; they didn’t have DVD players). The leading theory is that they might’ve used the batteries for electroplating, and some gold-plated artefacts from the same period have been found. Another possibility is that the batteries could’ve been placed inside some kind of statue or idol – delivering a seemingly supernatural shock to believers/non-believers as required. 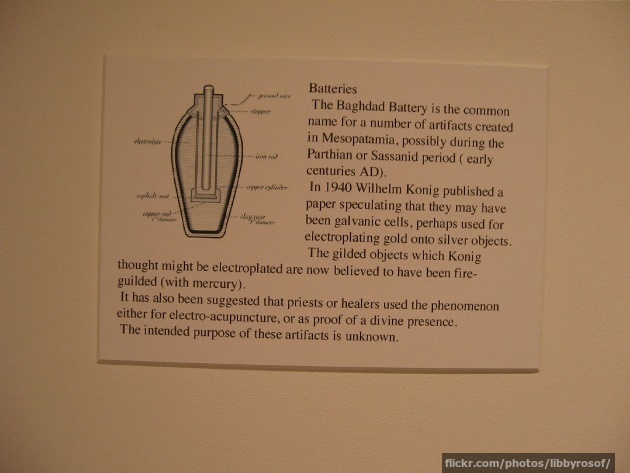 Boringly, some archaeologists think that the pots weren’t batteries at all, but were simply used for storing sacred scrolls (even though none of these scrolls have ever been found in a pot). In the batteries’ favour, it’s not as if someone dug up an ancient packet of Duracell AAA – they do look exactly as you’d expect a 2,000-year-old battery to look. It’s just a shame no one’s found any wires or a torch or something.