Home » Blog » Door to Hell: A firey hole that’s been burning for over 40 years

Home » Blog » Door to Hell: A firey hole that’s been burning for over 40 years

Imagine a massive, burning hole in the ground. Or, if you’ve got no imagination, look at these pictures. 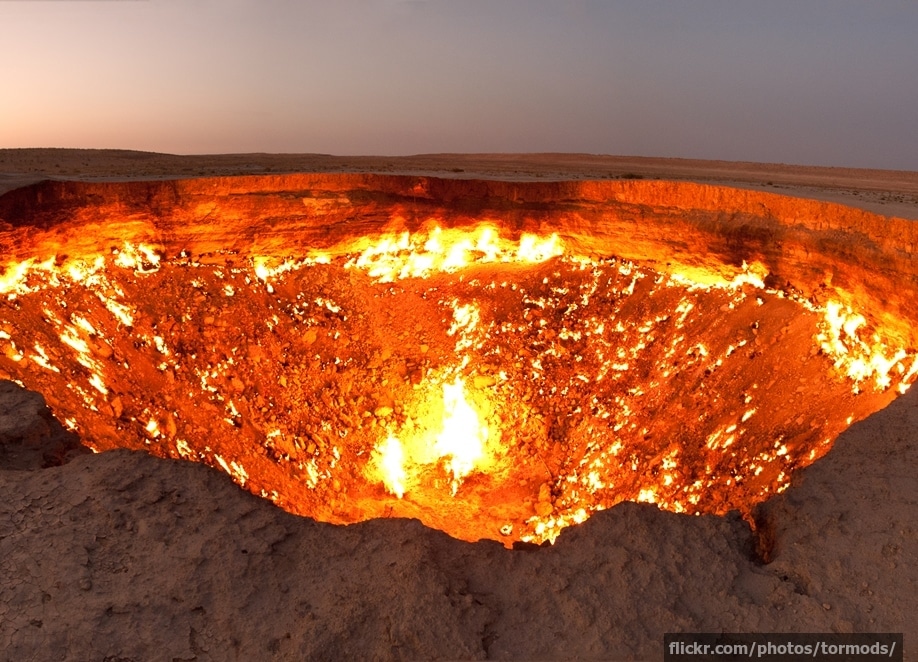 Soviet engineers were drilling for oil in Derweze, Turkmenistan, when this giant pit opened up beneath their feet. Similar to the holes that sometimes appear above abandoned coal mines – swallowing a family car and worrying nearby villagers – this huge crater gobbled up the oilmen’s camp and drilling equipment (but not any of them, fortunately). 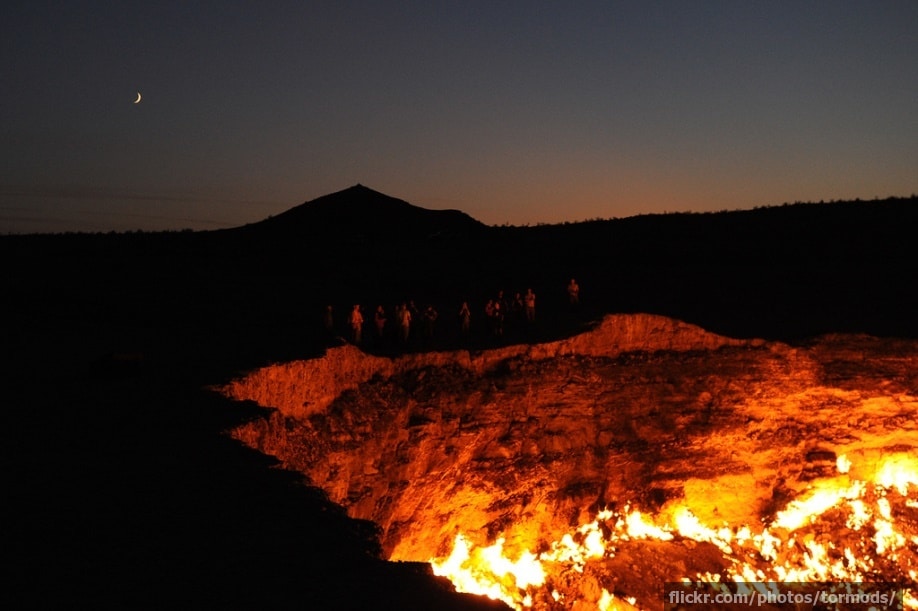 It also released large quantities of unpleasant gas, which the engineers decided it would be quicker to burn off than extract properly. However, there must have been some sort of miscalculation here, because the fire was lit in 1971 and it’s still showing no signs of going out. 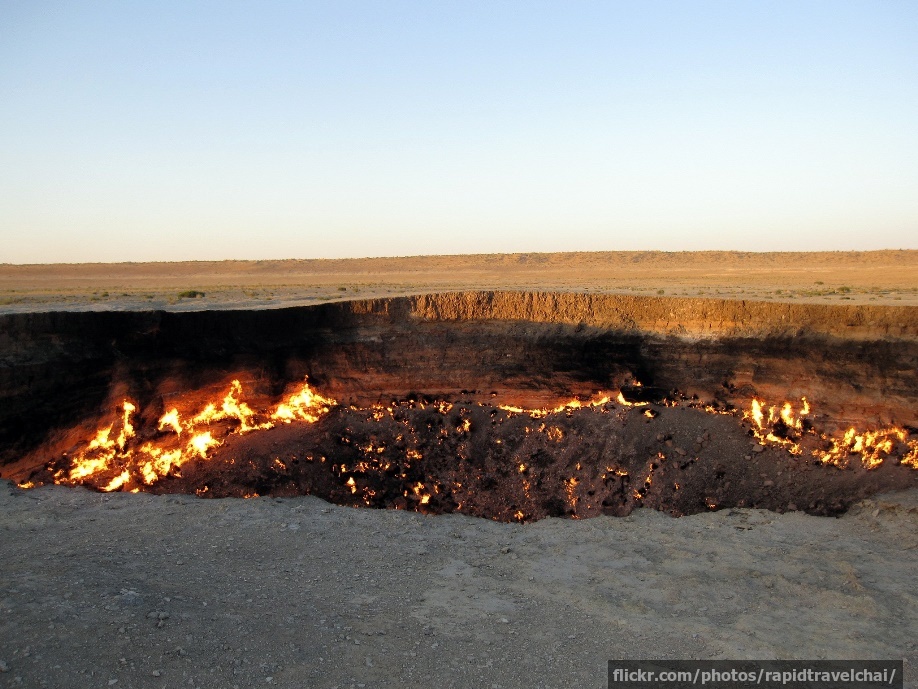 With a diameter of around 70 metres, the hole is scarily big. The boiling mud and hot orange flames make it look like a gateway into the underworld, so it’s no surprise that locals have named it the “Door to Hell”. 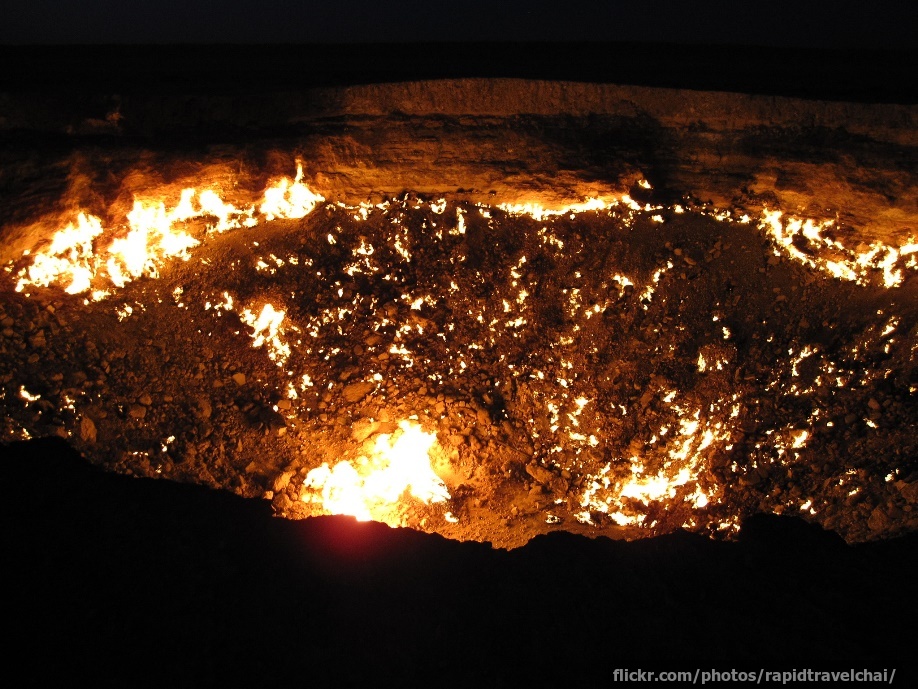 The pit’s devilish appearance is a result of human activity – but seeing as this wasn’t intentional, and the gas was there anyway, it has now been burning for so long that it can probably be classed as a natural phenomenon. It doesn’t really matter – whether you consider it natural or man-made, the Door to Hell looks (to use an entirely inappropriate phrase) pretty cool. 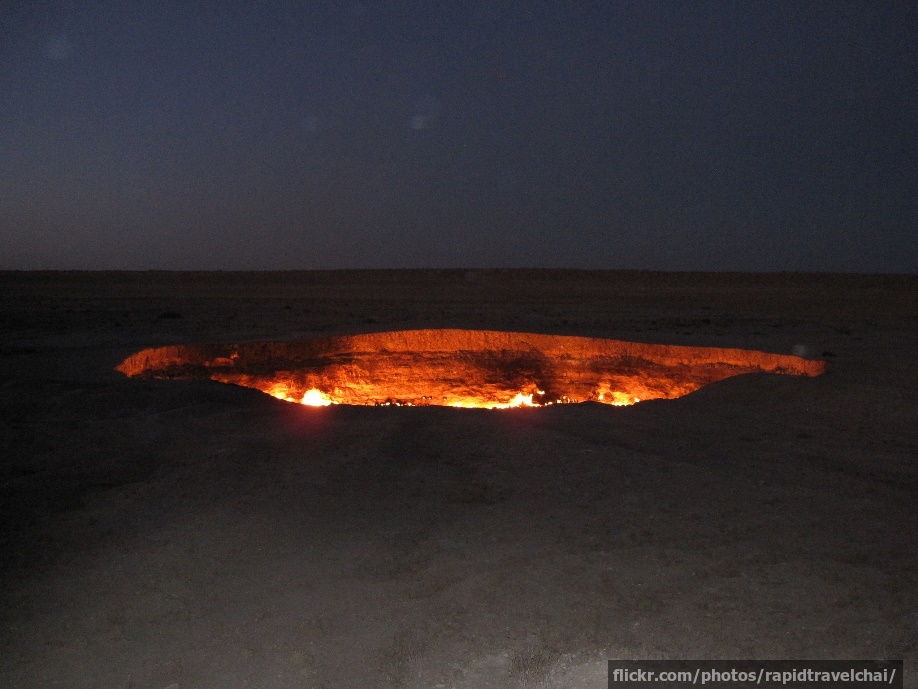 Somewhat optimistically, Turkmenistan is hoping to turn the Door to Hell into a tourist attraction. It’s easy to see the appeal of visiting such an unusual site, but it’s not exactly Disneyland and it seems unlikely that “come and see our burning pit” will make many holidaymakers change their destination. Having said that, the Door to Hell is very impressive so, if you’re going to Turkmenistan anyway, you might as well take a look.