Home » Blog » Things you might want to touch on holiday, but shouldn’t

Home » Blog » Things you might want to touch on holiday, but shouldn’t

Whilst writing this post, my internal jukebox has been playing MC Hammer’s U Can’t Touch This, on repeat. I would like to pass this earworm on to you now. You can try to fight it all you want, but I would suggest you just go with it.

Anyway, touch is an underrated sense. I don’t feel (that was actually unintentional) we give it enough importance; it’s only when we’re denied the opportunity to touch something that we realise how much we want to touch said thing. So read on and then consider how much you want to touch Juliet’s breast and an orang-utan, amongst other things. 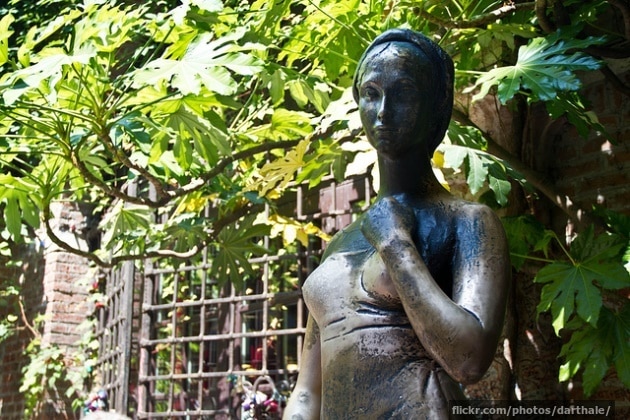 If you go to Verona in Italy, you won’t be able to escape the Romeo and Juliet stuff. It’s where Shakespeare set, arguably, his most famous play so obviously much Romeo and Juliet-themed tat is sold there. I’m sure you’ll be able to pick up a lovely magnet, or a mug. 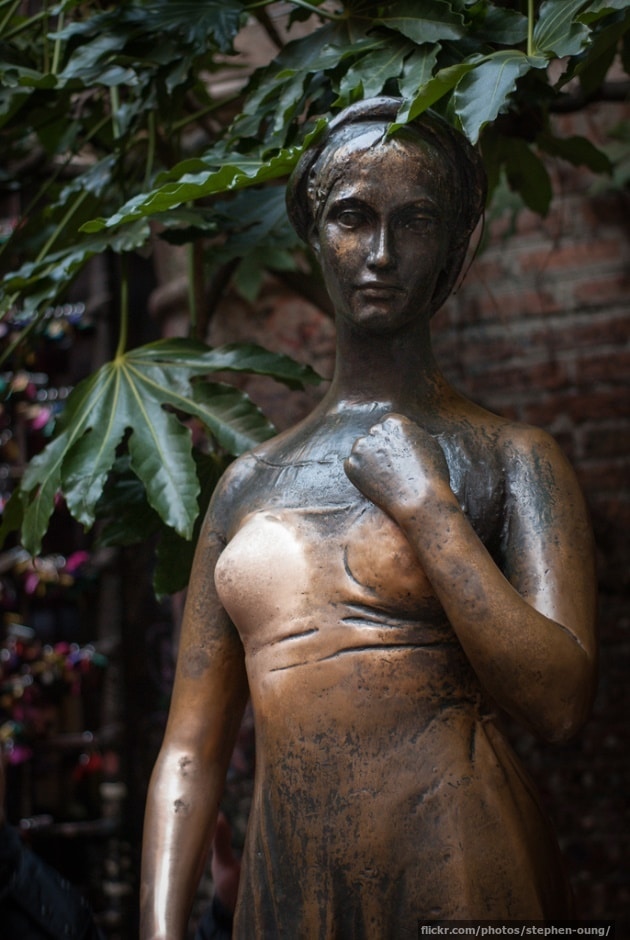 Although what you might not be able to do for much longer is touch the right knocker of Juliet. To be clear, I mean the statue of Juliet. I also strongly advise you not to touch the bosom of anyone called Juliet – even if she is in Verona, statue or otherwise – unless given express prior permission. 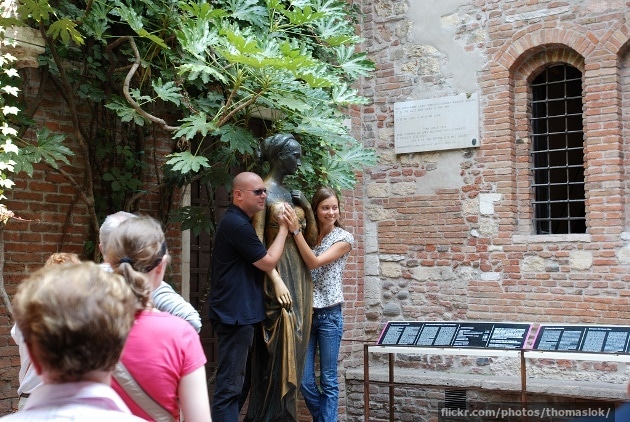 The bronze statue of Juliet is situated in a courtyard right by the balcony that is said to have inspired the famous “O Romeo, Romeo! Wherefore art thou Romeo?” scene. For some reason, rubbing Juliet’s rack is supposed to bring good luck, in particular the right breast. Although in some of the pictures I’ve seen of tourists, they aren’t so much as rubbing, rather molesting. Poor Juliet. 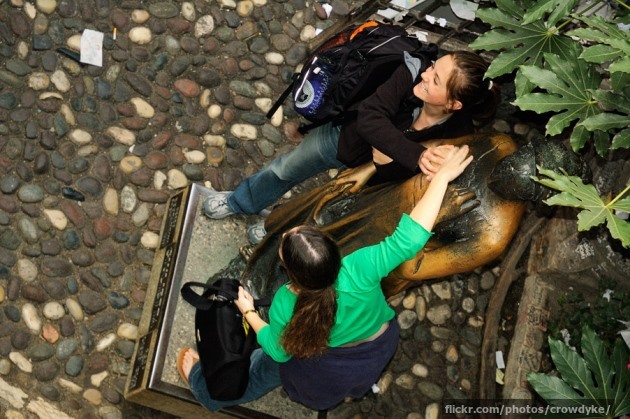 Over many years, those sweaty fingers have taken their toll – the bronze has worn down to such an extent that holes have appeared, like when a boobjob goes wrong. So for now, you are still allowed to touch her, but you probably shouldn’t. There is talk of restoring her to her former glory, but even if that takes place, there is still a possibility that tourists will be banned from rubbing her. Quite rightly so!

A child’s head (or anyone’s head) | Vietnam and Thailand, amongst other places 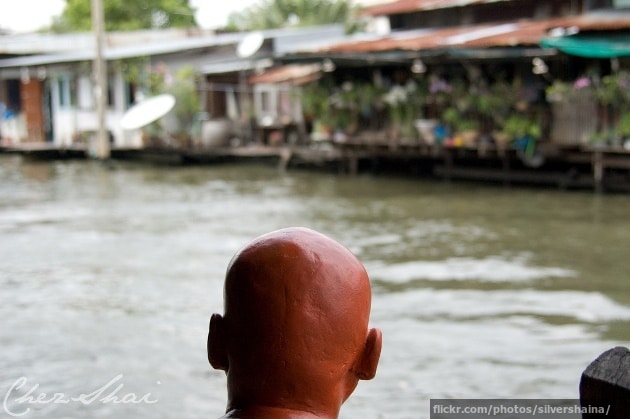 In many Buddhist countries, the head is generally considered the highest part of the body, physically and spiritually, so touching someone’s head or ruffling a child’s hair (no matter how cute they are) is really rude – you are messing with their most sacred part! 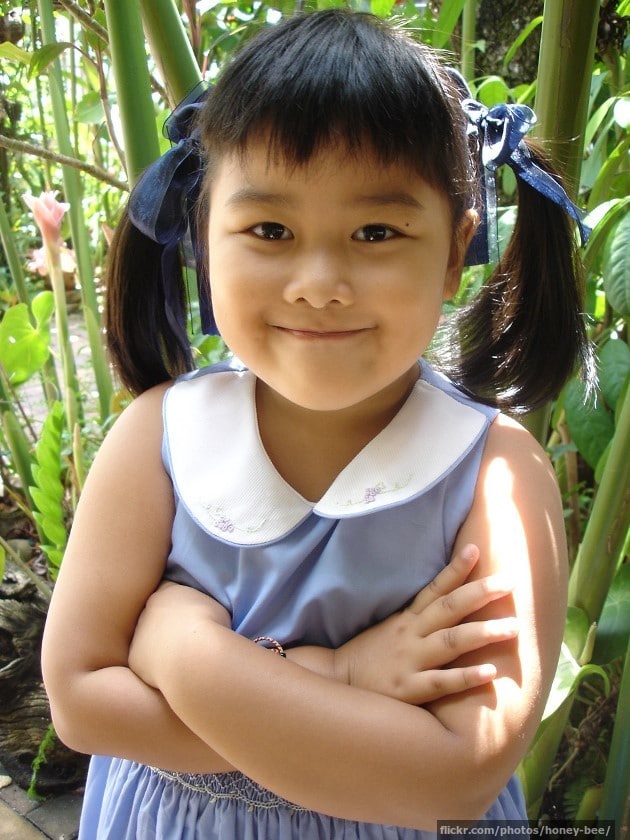 If you accidentally touch someone’s head (I’m not sure how you would do this), apologise immediately and profusely. Obviously, there are some situations in which the head can be touched. For instance, if you go to a barbers or a hairdressers. There, head touching is expected and necessary, so no offence will be taken. 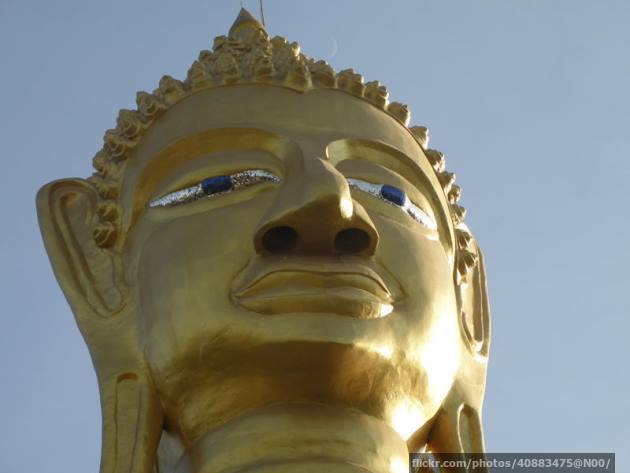 Likewise, married couples/couples are OK to touch each other’s heads, though I suspect not at any given moment – that would be weird for any couple. Of course mothers are allowed to touch their babies and children’s heads. Those pigtails won’t do themselves and children can get very messy. I once got ice cream all over my head! I say once… 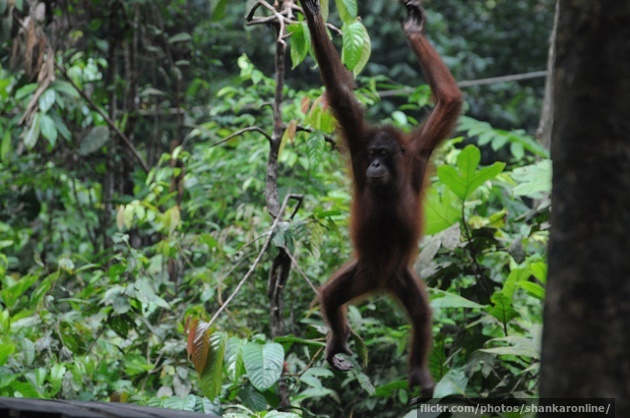 I think one of the main reasons anyone goes to Borneo is to see some amazing wildlife. And if you are going to go to Borneo, it would seem a bit silly not to try to see some orang-utans. These ginger (auburn if you must) beauties are endangered and are native to the islands of Borneo and Sumatra only. Unfortunately, and I won’t dwell on this too much because I will cry (actually cry!), their numbers are dwindling due to people catching them for meat and pets, and cutting/burning down their habitats to create palm oil plantations. 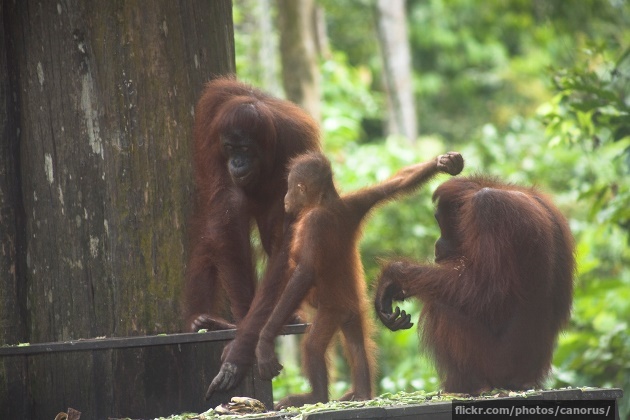 All this sounds awful, and it is, but we must try to remember that sometimes the people that are doing these things are in dire straits and will do anything to survive. Not that it makes it right; it’s just not black and white. 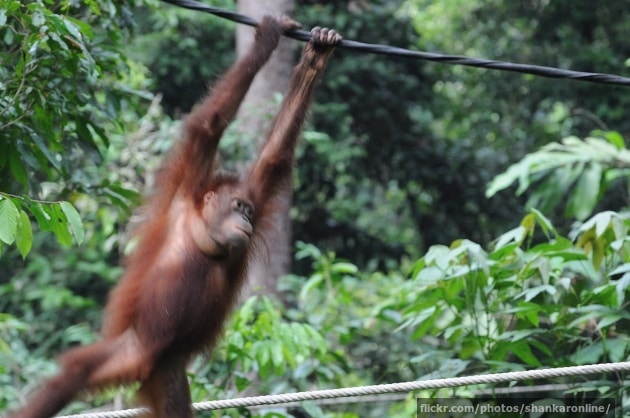 Anyway, if you go to Borneo, it’s possible to visit some wonderful orang-utan rehabilitation centres. This isn’t where the orang-utans go when they have a sex addiction or are hooked on prescription drugs, but where they go if they have been orphaned, or have lost their homes, been found injured etc. If you really want to see one, then one of these centres might be a good idea because sightings are pretty much guaranteed, as opposed to spending hours wandering around the jungle, hoping. 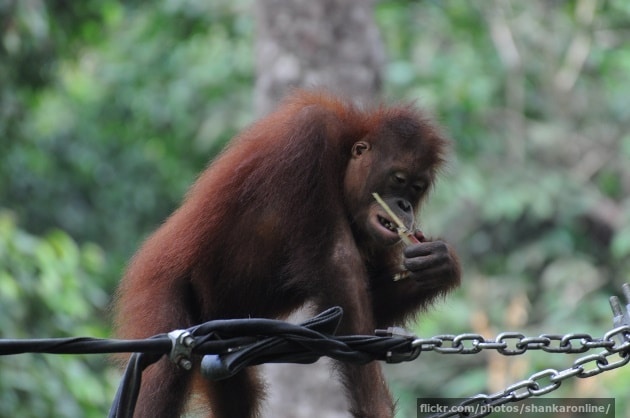 Thankfully, the creatures aren’t kept in cages but are free to roam around in large areas of cared-for jungle, free to make their own relationships and habitats. It’s really important that their contact with humans is limited; if they stand any chance of being released back into the wild then they can’t start to depend on humans and they must stay wary! 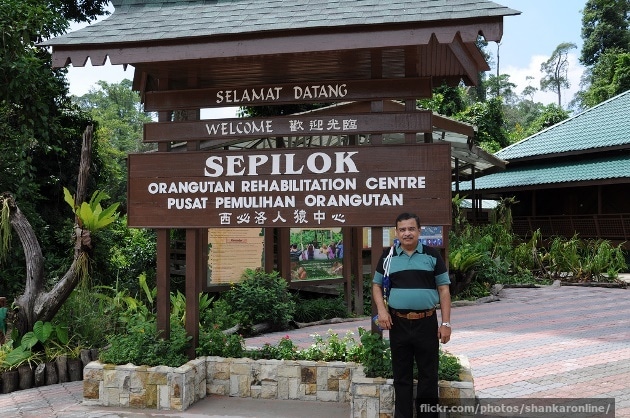 The problem is that orang-utans are very clever and inquisitive creatures and when they see tourists they like to have a look them, sometimes approaching them. The tour guides are strict and if the orang-utans start to approach, you will be herded backwards. However, it must be very hard not to touch a fluffy orange creature if it wants to touch you! But you absolutely must not – the tour guides will be VERY angry with you, and you will feel ashamed of yourself afterwards! 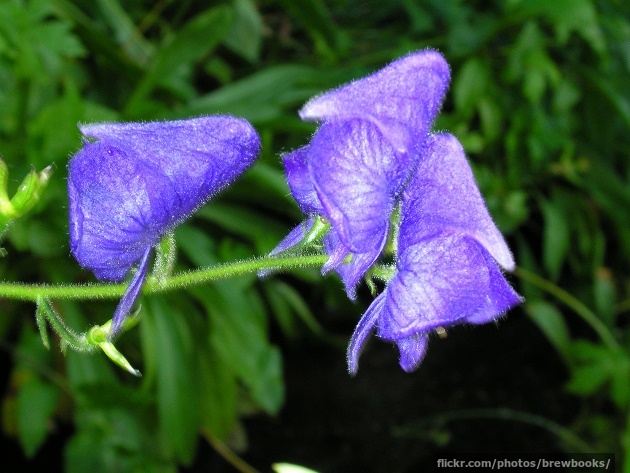 Ahh, just picture yourself wandering a beautiful mountainous region in Europe. Clean air, wonderful views, wild flowers… You see a particularly striking, tall, blue (or sometimes yellow) flower so you cup it in your hands to take a whiff. THEN YOU DIE. 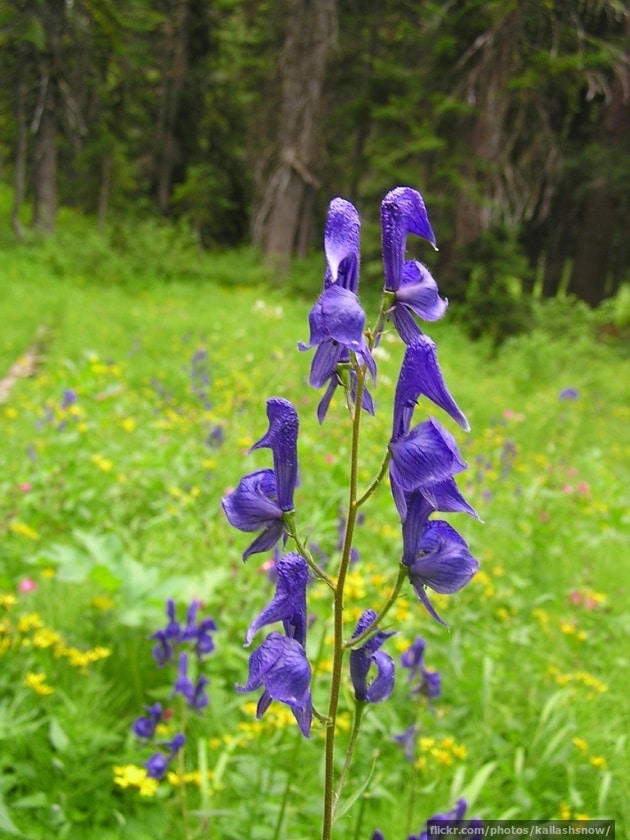 OK, so you might not die. You might just become incredibly unwell. But there is a chance that this incredibly toxic plant could kill you, just from touching it. Obviously eating it would be a lot worse for you. Monkshood, AKA wolfsbane or dogsbane, is one of the most toxic plants known to man, and it’s been used for hundreds for years to kill dogs and wolves, hence the alternative names. 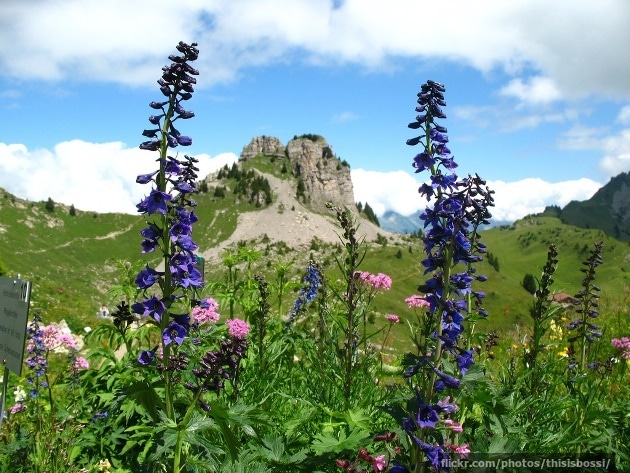 Every part of the plant is toxic, so avoid it in its entirety. Apparently, in 2010, a British woman laced her fiancé’s curry with Monkshood, killing him and earning herself a life sentence in prison! 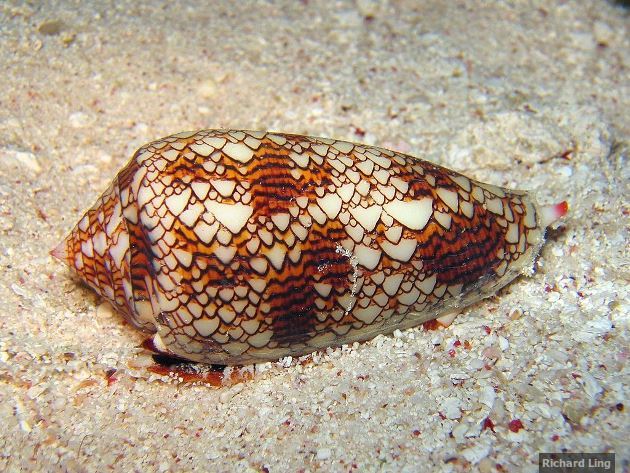 Picking up shells on the beach is a wonderful pastime for lovers and children alike. But not all shells are simply pretty reminders of your holiday. Although, the results of picking up a cone snail shell may indeed make your holiday memorable, for all the wrong reasons.

It’s not often I can legitimately mention travel insurance in one of our blog posts but this is exactly the sort of reason you should have some – you just never know what is going to happen! Well, actually if you are reading this, you will know exactly what’s going to happen when you pick this be-shelled badboy up. 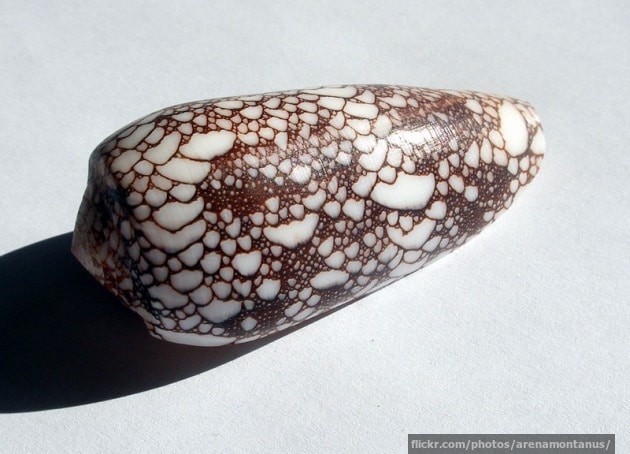 Take a look at the shell above and remember it. They can be found around the Cape coast of South Africa, the Mediterranean and Western Indo-Pacific region. The patterns and size can vary slightly but they are always the same sort of shape. If you see one on the beach, don’t assume it’s dead or has left its shell. It may just be lying in wait to harpoon you with its hypodermic radula tooth (a bit like a needle tongue) and inject you with its venom. If you are a small fish (or, sometimes, not so small – watch the video and be horrified), it will then attempt to engulf and digest you.

As a human, if one of these “gits” gets you, the best you are looking at is localised pain and swelling. But you may feel weak, lose coordination, suffer disturbed speech, hearing and vision, and experience nausea. In the worst case scenario you might experience respiratory muscle paralysis. That’s a fancy way of saying you will stop breathing and die. As yet, there is no antivenom for cone snail stings. Brilliant.