If you ask me, moths get a bad rap. Butterflies get all the attention and adoration, and moths get… well, trapped in the bathroom, usually. However, if you were to walk into your bathroom and discover an atlas moth hanging around on your shower curtain, I think you’d definitely give it some attention… 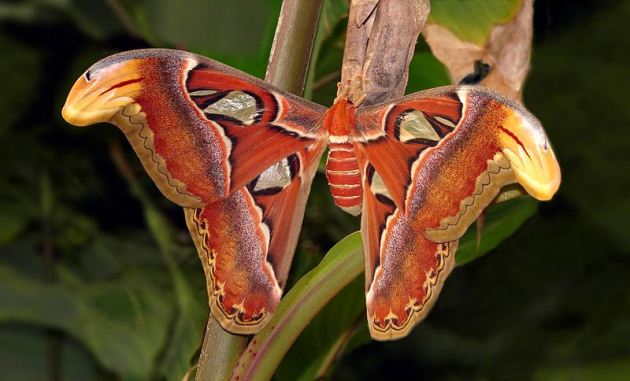 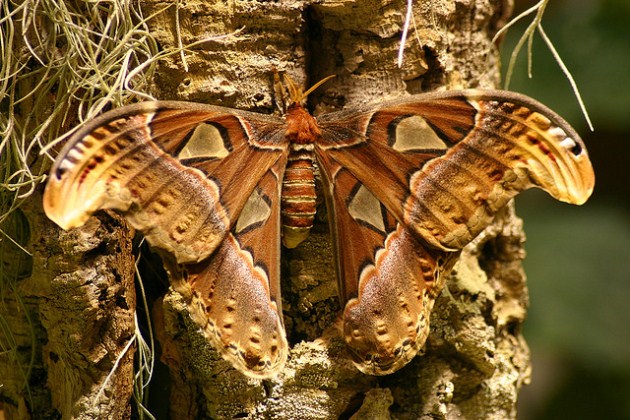 You see, the atlas moth is the world’s largest moth. Well, according to its wing area, anyway. The surface area of the atlas moth’s wings can reach up to a massive 62 square inches! Here’s a photo of a typical atlas moth with a typical hand so you can see just how big these beasts can be: 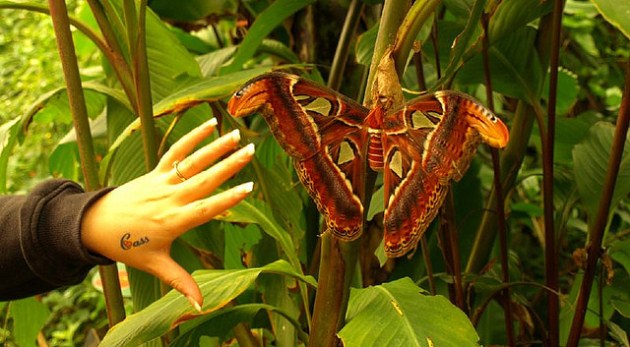 If you’ve got a fear of moths (and I know plenty of people who do), don’t have any sleepless nights; the atlas moth can only really be found in the tropical and subtropical forests of Southeast Asia (grab your travel insurance before you leave), including the Malay archipelago (oh, and London Zoo). So it’s unlikely to make an appearance in your bath any time soon. 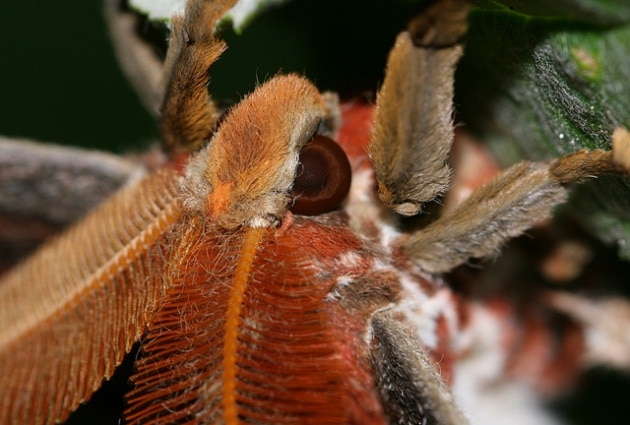 The atlas moth’s name is said to derive from either the ancient Greek Titan Atlas (the guy who was punished by the gods and forced to carry the celestial sphere on his shoulders), or the map-like patterns on its wings. 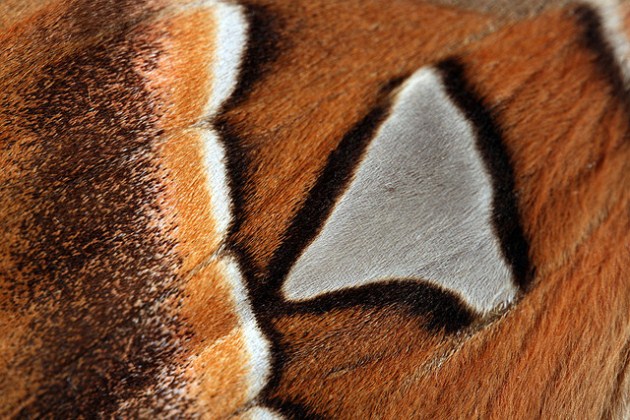 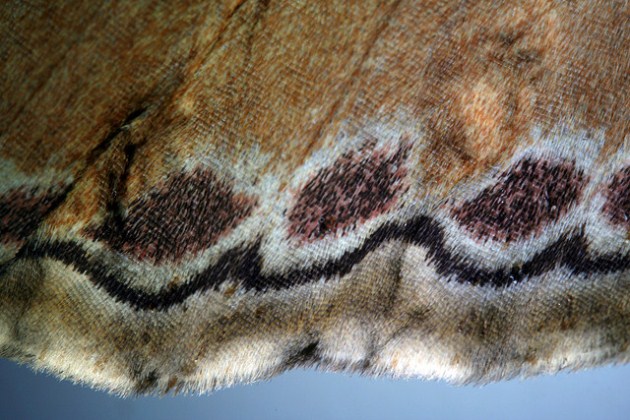 Beautiful, isn’t it? It almost looks like fur. I wouldn’t recommend giving an atlas moth a stroke, though. Touching a moth’s wings can remove the magical flying powder (actually tiny scales) from them, putting an end to their flying careers.
Apparently, in Hong Kong, the Cantonese name for the moth translates as “snake’s head moth”, and if you look at their wing tips, you can probably see why! 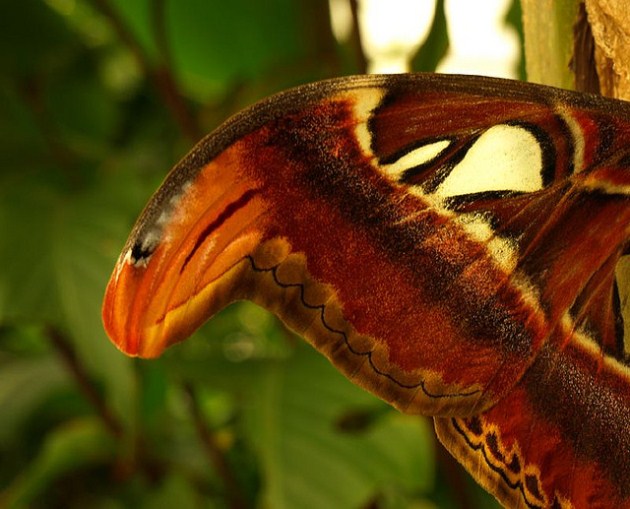 The brown silk produced by the atlas moth is so strong and durable, their cocoons are actually used as purses in Taiwan. That certainly brings another meaning to the phrase “having moths in your wallet”!
Here’s a video of a massive female atlas moth flapping around on someone’s hand: