Home » Blog » Everything you’ve always wanted to know about turtles, tortoises and terrapins

They’re the world’s most fearsome fighting team. They’re heroes in a half shell, and they’re green. They love pizza, nunchucks and garbage trucks… Sorry about that – I had a brief flashback to my childhood then.

While they may not be teenaged, mutants or ninjas, turtles are pretty interesting anyway. (Side note – that show should really have been called Teenage Mutant Ninja Tortoises). 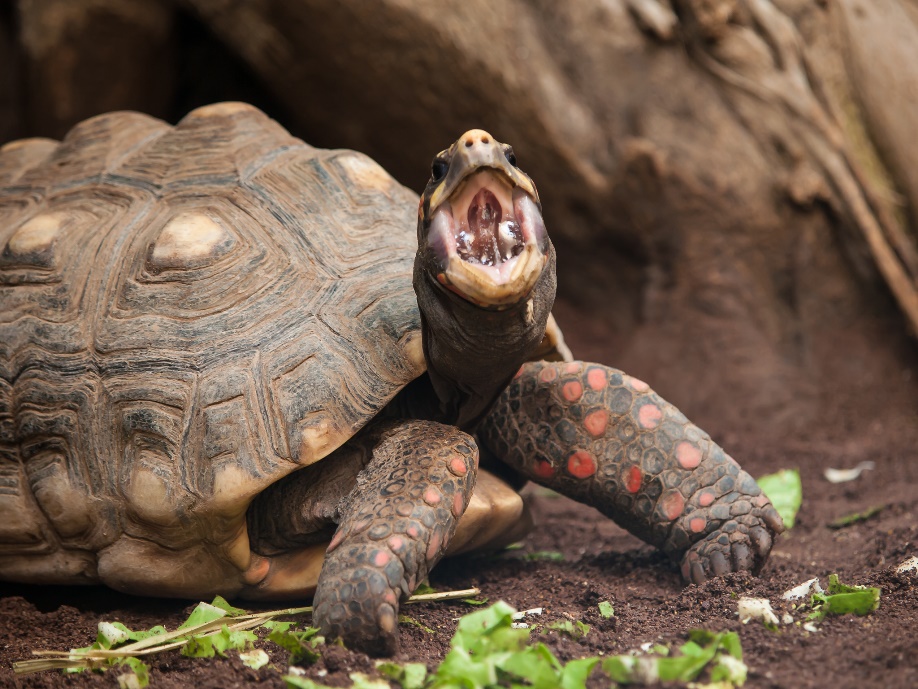 First things first. How do you tell the difference between a turtle, a tortoise and a terrapin? Well, aside from the colour of their masks, the easiest way to tell them apart is habitat. While the term “turtle” is often used for all three chelonians (a term vets use for all three) around the world, here in Britain, “turtle” is commonly used to refer to the ocean dwelling species, which use their flippers to glide through the seas serenely. 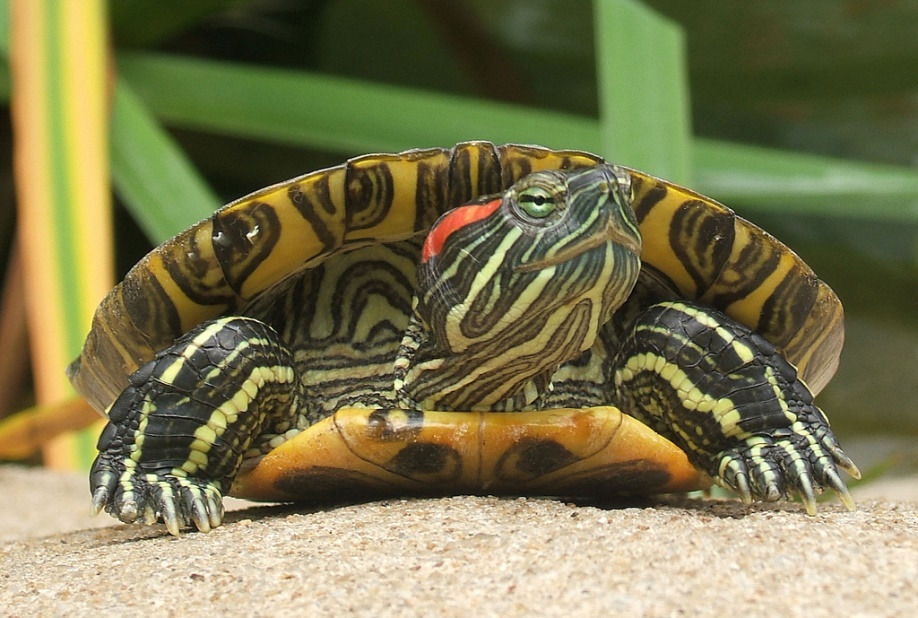 “Tortoise” is used exclusively for the lumbering land tanks who like to tuck into strawberries and dandelions with abandon (at least that’s what Billy, a tortoise who lives with my girlfriend’s parents, does.) Well, that and a Roman shield formation. 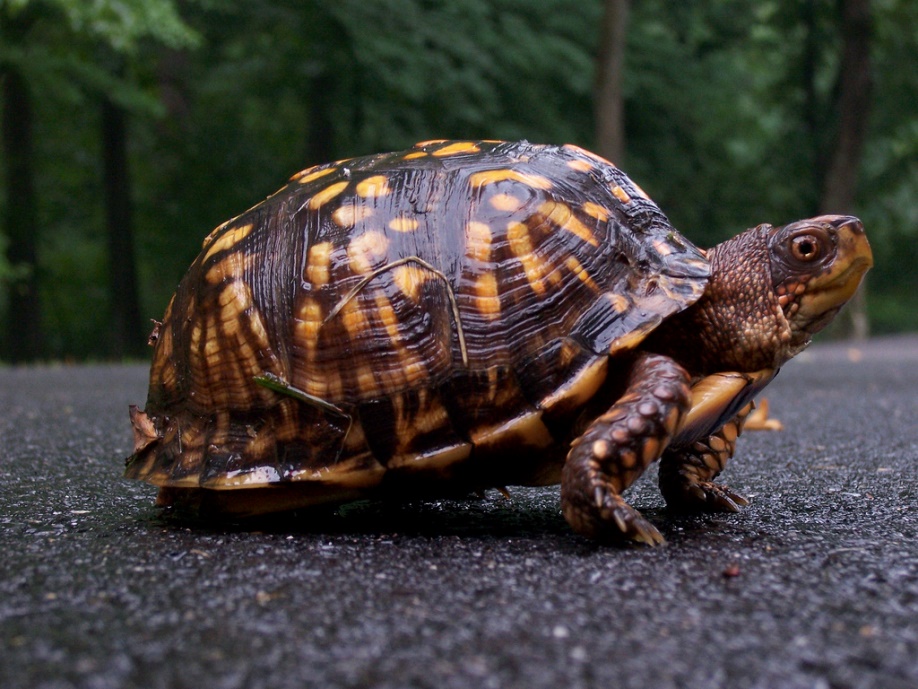 “Terrapin”, which is an Algonquian word for “turtle”, is used to describe several species of hard-shell turtles, often found in brackish, slow-moving water, such as swamps and lagoons. Many languages, such as Spanish, do not differentiate between the three; the Spanish using tortuga for all three. 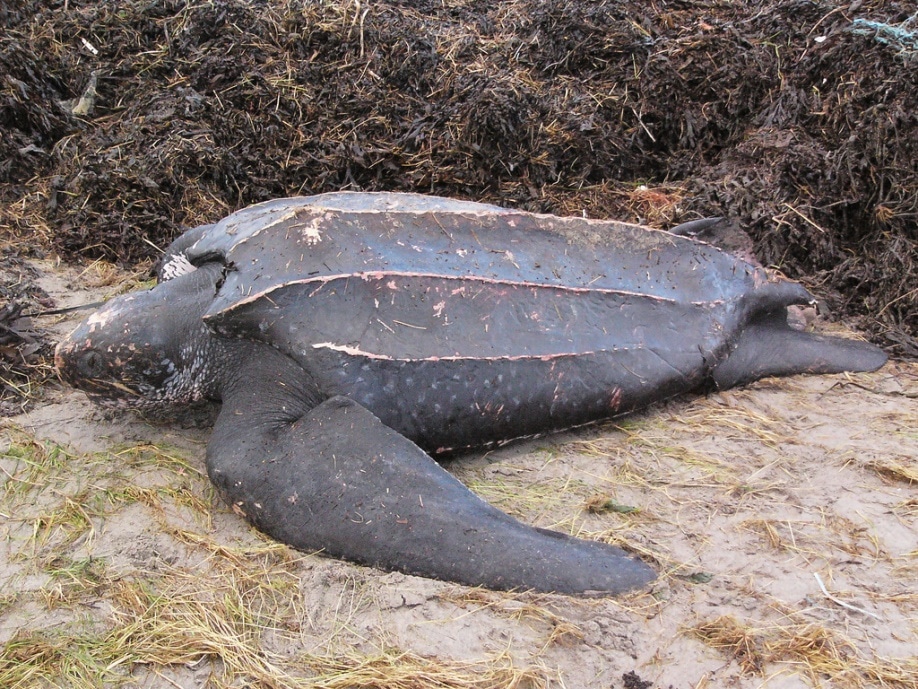 The largest sea turtle is the leatherback turtle, found in both the Atlantic and Pacific Oceans, as well as the South China Sea and Indian Ocean. This goliath of the oceans can reach a shell length of 6.6 ft (200 cm) and a weight of over 2,000 lb (900 kg). They also have a throat full of backward-facing spines. Lovely. 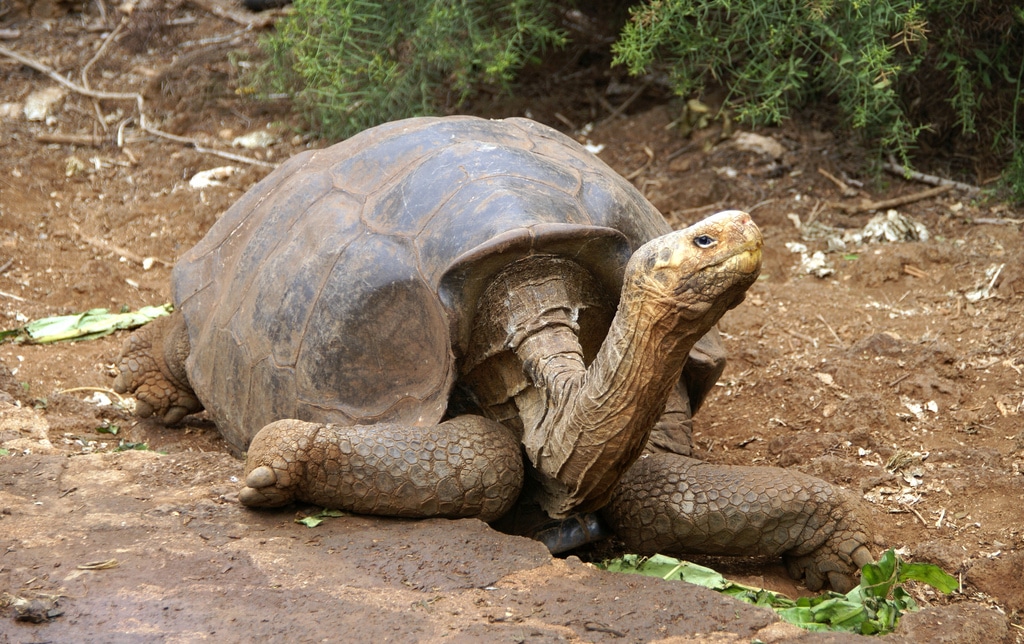 On land, I’m sure we’ve all heard of the giant tortoise, found in the Galapagos Islands of Ecuador and the Aldabra Atoll in the Seychelles. These famous creatures can weigh as much as 660 lb (300 kg) and can grow to be 4 ft 3 in (1.3 m) long. The highly endangered animals are apparently very tasty, as all the specimens Charles Darwin attempted to bring back to the UK were eaten by him and the ship’s crew. 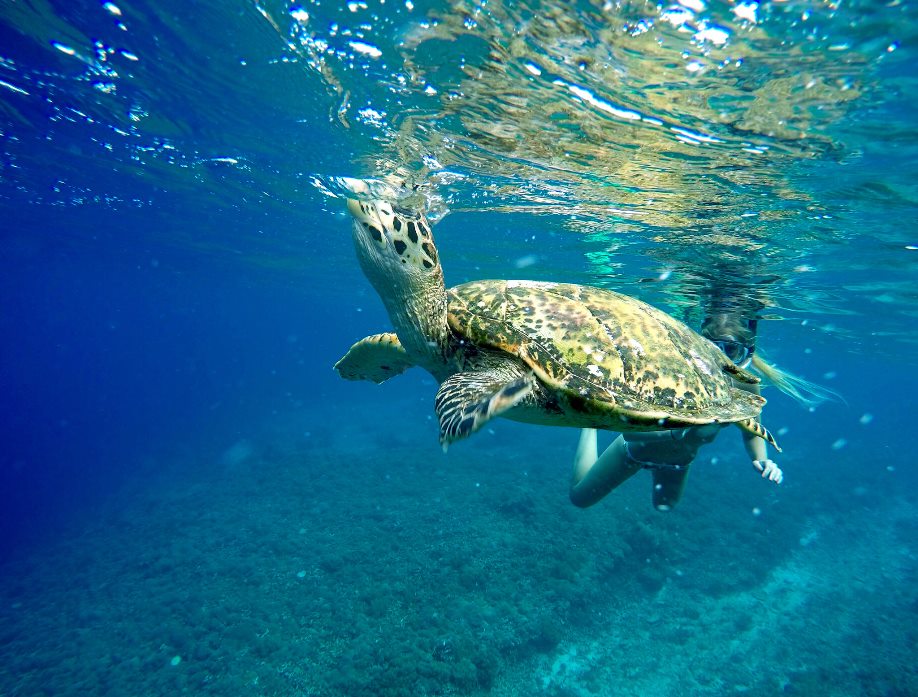 While terrapins and fresh water turtles tend to be smaller than their ocean-going counterparts, they can still reach an impressive size. The Cantor’s giant soft-shell turtle of eastern and southern India, Bangladesh, Burma, Thailand, Malaysia, Laos, Cambodia, Vietnam, eastern and southern China, Singapore, the Philippines, and Indonesia. While they may look like an abandoned leather vest that’s been run over by a steamroller, they can reach sizes of up to 6 ft (about 2 m). 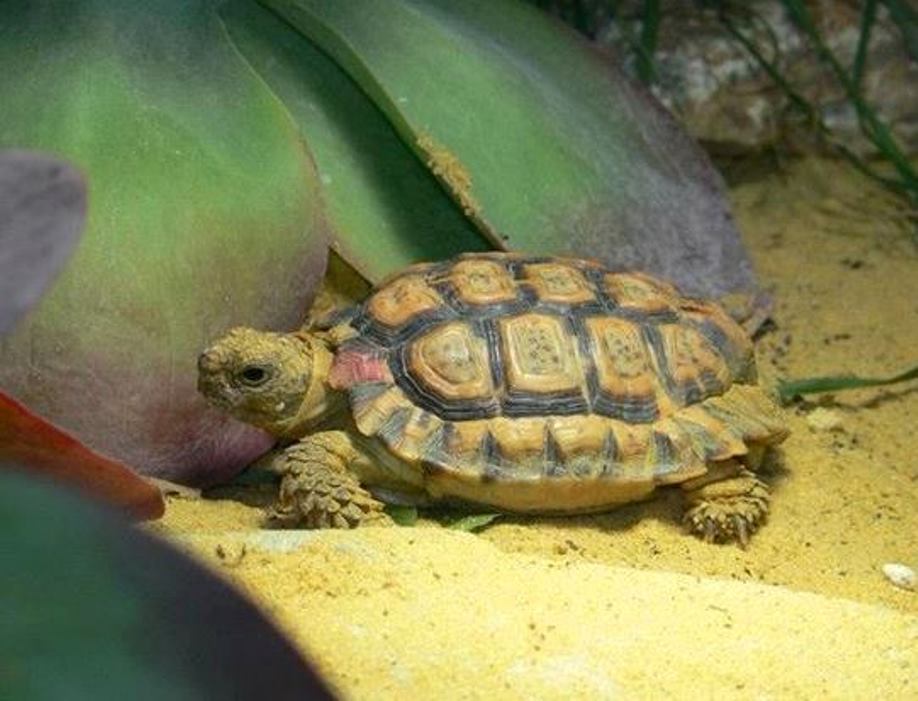 And on the other end of the scale, we have the adorable Homopus signatus, or speckled tortoise. This tiny fellow from South Africa and Southern Namibia, struggles to reach 10 cms long, and weighs about 3.4 to 5.8 ounces (95–165 grams). 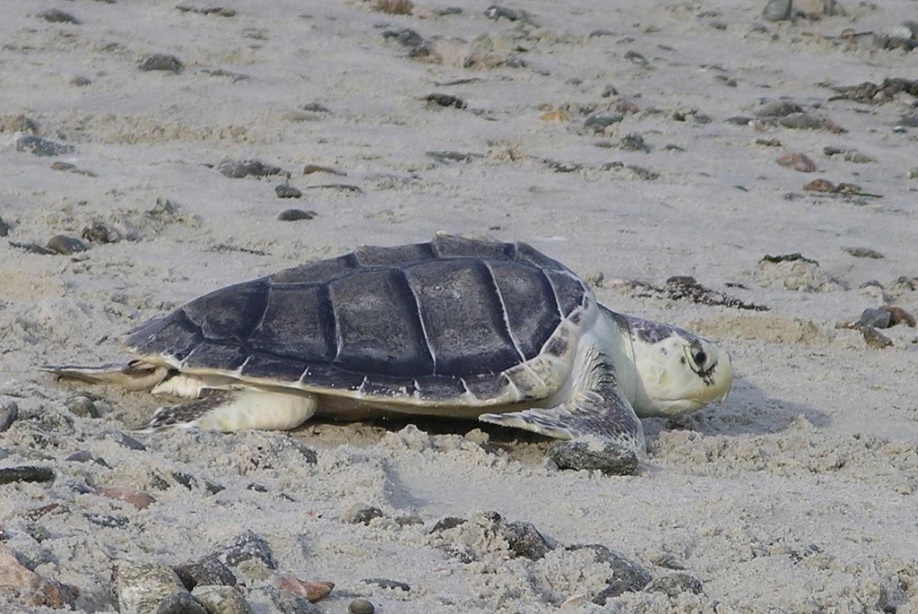 Kemp’s ridley sea turtle is the smallest species of sea turtle, reaching only 23 to 28 inches (58 to 70 cm) in length and weighing only 79 to 99 lb (36 to 45 kg). This turtle is also one of the rarest and is sadly critically endangered in its home around the Gulf of Mexico. 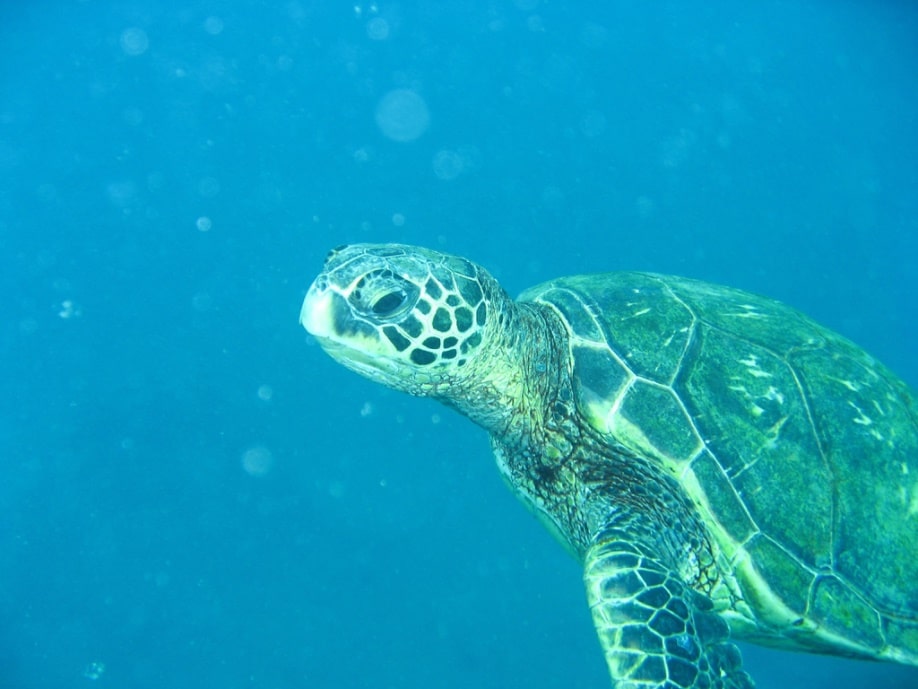 As well as being among the largest turtles, our old friend the leatherback is also the deepest diving turtle, capable of reaching depths of up to 3,000 feet below the surface. This is the same depth that sperm whales dive to battle those giant squid we’ve talked about before. They’re able to do this thanks to their softer, leathery shell, and collapsible lungs, which help counter the effects of the bends. They’ve also been known to make journeys of over 10,000 miles (12,000 kilometres), in search of apparently delicious jellyfish.

I once spent forty five minutes trying to find a fish and chip shop, but 12,000 miles is pretty extreme. Not even The Proclaimers would go that far.

Not so gentle giants 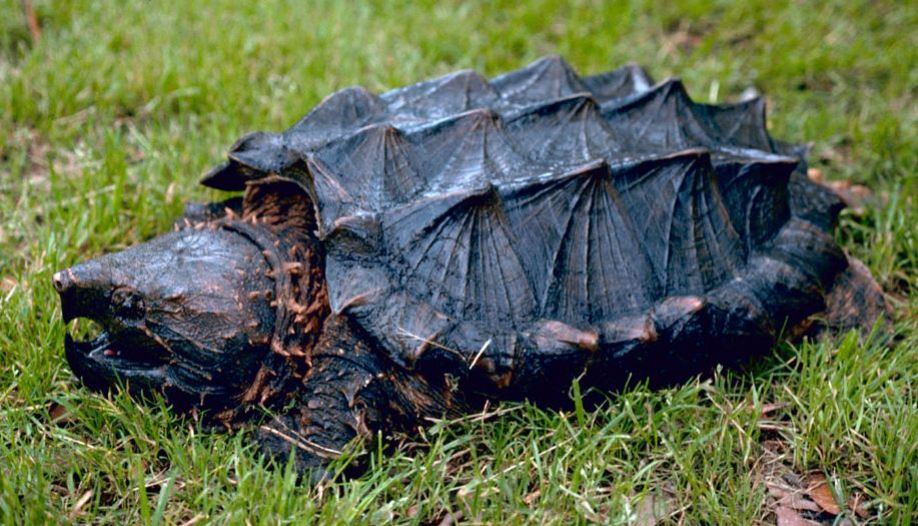 While we may picture turtles as slow-moving, gentle herbivores, that’s not always true. (Billy does enjoy nibbling on your toes if you don’t watch out.)

Some species are excellent ambush predators. Possibly the most famous of these predatory shell heads, is the alligator snapping turtle, which is found in the Florida Panhandle, Texas, Kansas, Missouri, Iowa, Illinois, Indiana, Kentucky, and Tennessee. These large fresh water hunters get their name from their shell pattern and heavily muscled jaws and head. While bigger specimens have been reported, on average they are 13.8 to 31.8 inches (35 to 80.8 cm) long and weigh from 19 to 176 lb (8.4 to 80 kg).

Their diet consists of fish, carrion, molluscs, frogs and toads, mice (don’t tell Master Splinter) and even snakes. No pizza, though… Their jaws are so powerful that they are more than capable of slicing most prey in two with little effort.

I think we can all agree that turtles don’t have to be named after Renaissance masters to be interesting. Just be careful if you go paddling in the USA.

Whichever of these shelled marvels you decide to pay a trip to, make sure you have the right travel insurance for you.