Home » Blog » Horses from around the world

Home » Blog » Horses from around the world

Around the world, horses come in many forms – some are giant, some are stripy, some have Frankie Dettori sitting on their back. Here’s a quick gallop around a few of them:

If you’re from China, or if you’ve read our post from last month, you’ll probably be aware that January 31st was the first day of the Chinese New Year. We’re now in the year of the horse, which is very exciting – it’s only a horse once every twelve years, so this seems like the perfect time to take a closer look at the big brown beastie with the big brown face.

Humans and horses have always had a close relationship. We’ve used them for transport, in place of machinery and as a source of food and, in return, we’ve brushed their hair and given them a sugar cube. It’s easy to see why horses have been so useful to us; they’re strong and relatively intelligent – for example, they’re one of the only other animals smart enough to wear shoes (even if they can’t always put them on themselves). 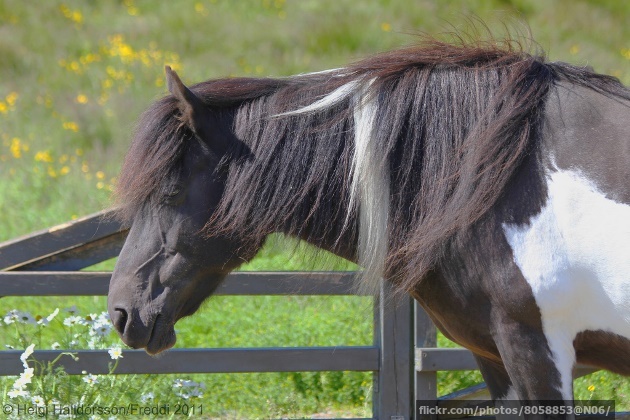 They may only be little, and be descended from ponies, but Icelandics are always referred to as horses. The reason for this isn’t clear, but it’s probably something to do with their bone structure and weight-carrying ability. Either that, or the fact that there’s no word for “pony” in Icelandic. 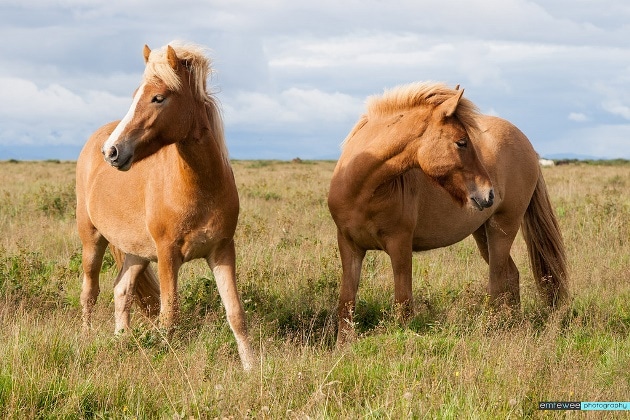 Iceland is very protective of its breed. Their parliament passed a law in 982 that banned the importation of horses – this means that the Icelandic horses have been purebred for over a thousand years (and, perhaps more surprisingly, that the country had a functioning parliament more than a millennium ago). Not only can no new horses be brought into Iceland but, because of the risk of disease, if one leaves the island (even just for a holiday) it will never be allowed home. 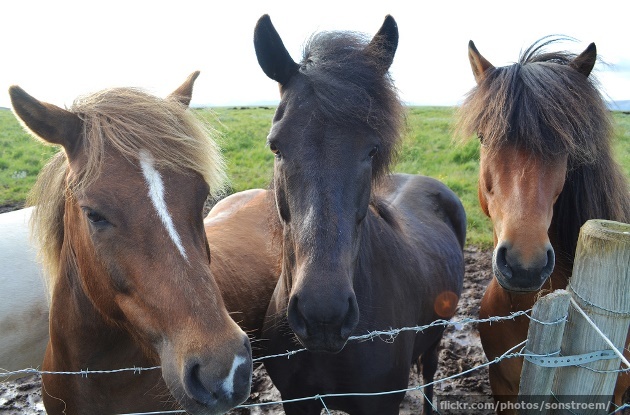 These days, as well as being a tourist attraction, these lovely, good-natured little horses are still bred for farm work, for riding, and to be slaughtered for their meat. 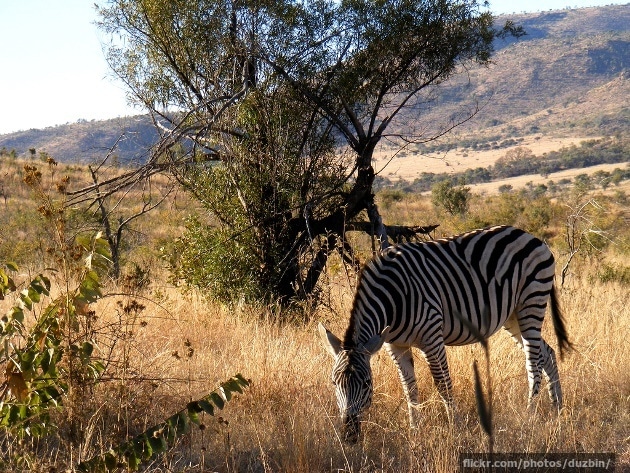 Some people believe that zebras are white horses with black stripes, while others think they’re black horses with white stripes. It may seem like a pointless argument, but the truth is that the first group have simply got it wrong – zebras have white stripes on a black background. 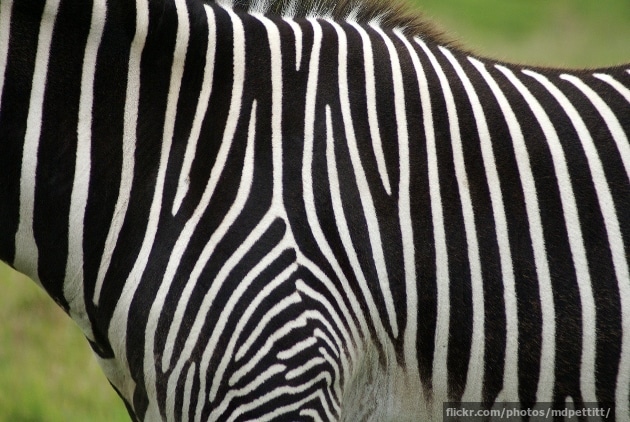 Every zebra is stripy (that’s how you know it’s a zebra), but the exact pattern of the stripes is different on every animal. It’s a bit like a fingerprint, unique to an individual, so could be used by the police to tell which zebra burgled your house. 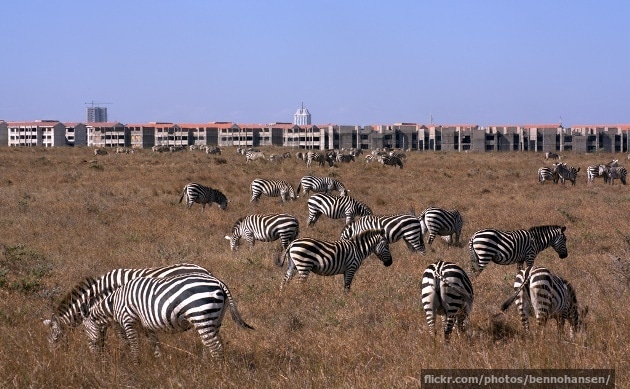 There are three species of zebra in Africa, and two of these have eight subspecies. Of course, they’re all basically stripy horses, so I’m not convinced there was really a need for that level of classification. It’s thought that the stripes evolved to help protect zebras from attack (by confusing lions) but, strangely, the pattern also seems to put off flies – research has shown that the narrower the stripes, the less likely a zebra is to be bitten by a nasty insect (so expect people in malaria-prone countries to start evolving stripes sometime soon). 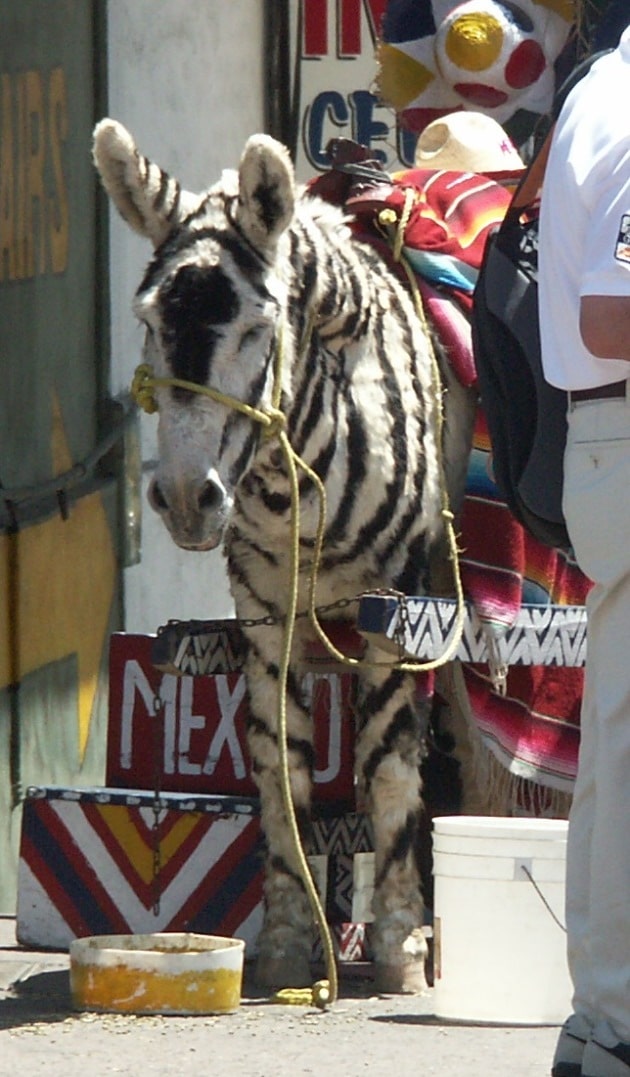 Look at this poor chap. As if being a donkey wasn’t embarrassing enough, someone’s drawn a wobbly barcode on him.

Why the long face? Probably because he’s covered in paint. 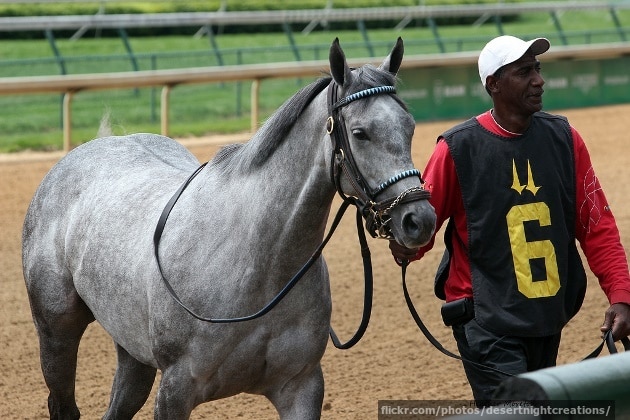 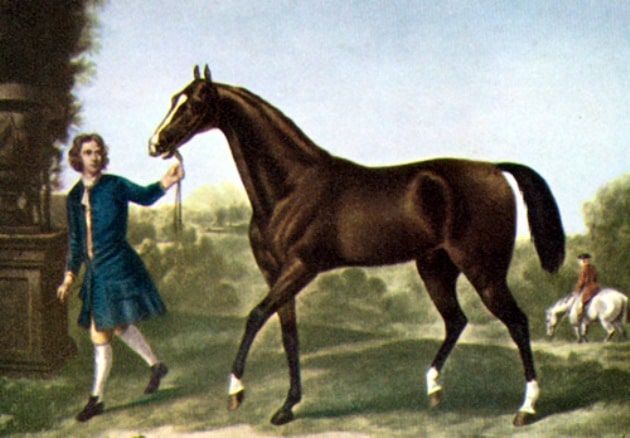 The breeding process of thoroughbreds is strictly controlled and any kind of artificial insemination is banned. For a horse to be registered as a thoroughbred the mating must occur naturally and must be physically witnessed – somebody has to actually see the horses doing it (possibly the same man who came up with the rule). 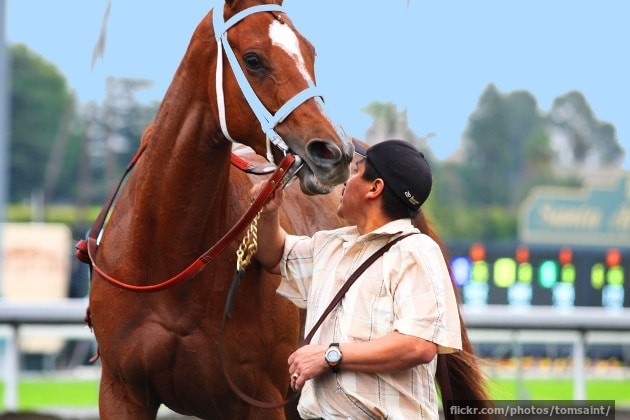 The tight mating restrictions are supposed to ensure that a horse’s parentage can be easily established and no (or at least slightly less) inbreeding will occur. This also has the effect of limiting supply, meaning that prices can be pretty high for thoroughbreds with the right mummy and daddy. The most expensive horse was Shareef Dancer who, in 1983, was sold for $40million, which seems quite a lot – whoever bought him probably should’ve tried haggling a bit. 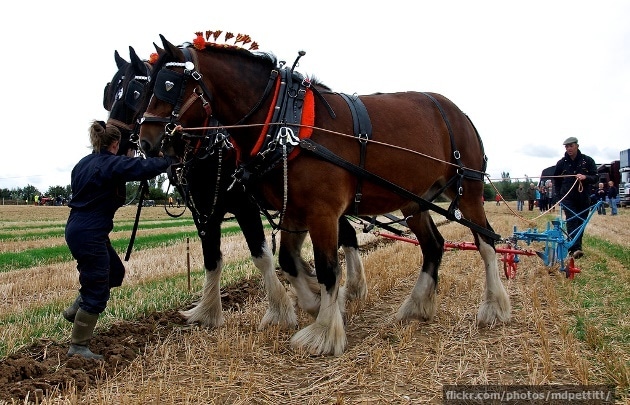 You don’t hear much about shire horses these days, do you? 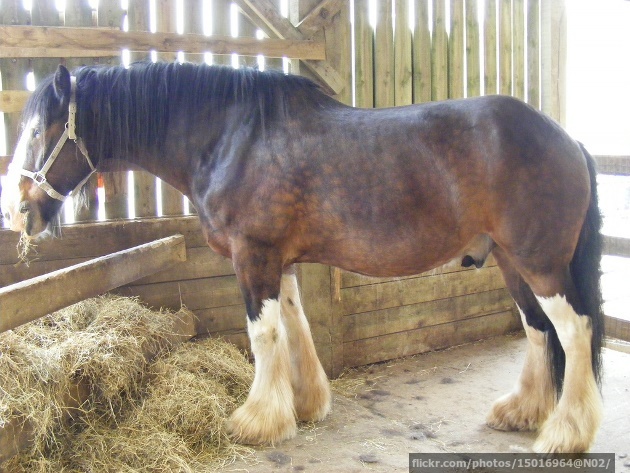 Big horses with big furry hooves, shires stand around six feet tall when measured from the ground to their shoulder (and even more if you include the head). As well as being massive, the horses are extremely strong and have historically been used for manual labour: ploughing fields, for example, or moving barrels of ale from breweries to pubs. Pleasingly, there are still a few breweries that use this delivery method; including Sam Smith’s, who have a team of shire horses out working five days a week. 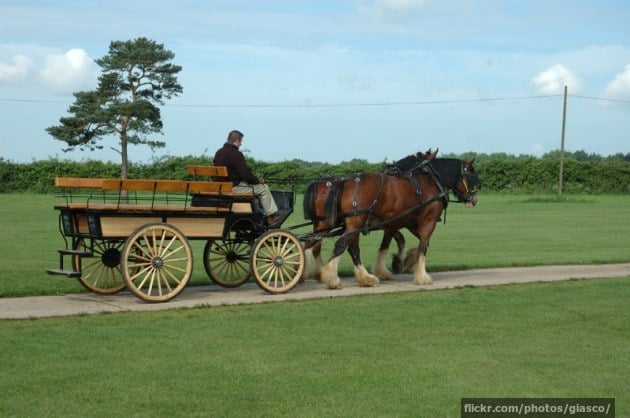 It must be nice for the horses to have a full time job, and delivering beer is probably more fun than pulling bored children around a country fete (which is what they’d be doing otherwise).