Home » Blog » How animals from around the world find their mates

Home » Blog » How animals from around the world find their mates

These days, finding a partner with whom to share love and affection isn’t always easy. We find shared interests with friends. When that doesn’t work out, some even try the workplace (not advisable). Then some of us give up and give internet dating a go. Have you ever stopped and wondered why it’s so hard? Well, how do you think animals find love? Surely they can’t be that fussy. 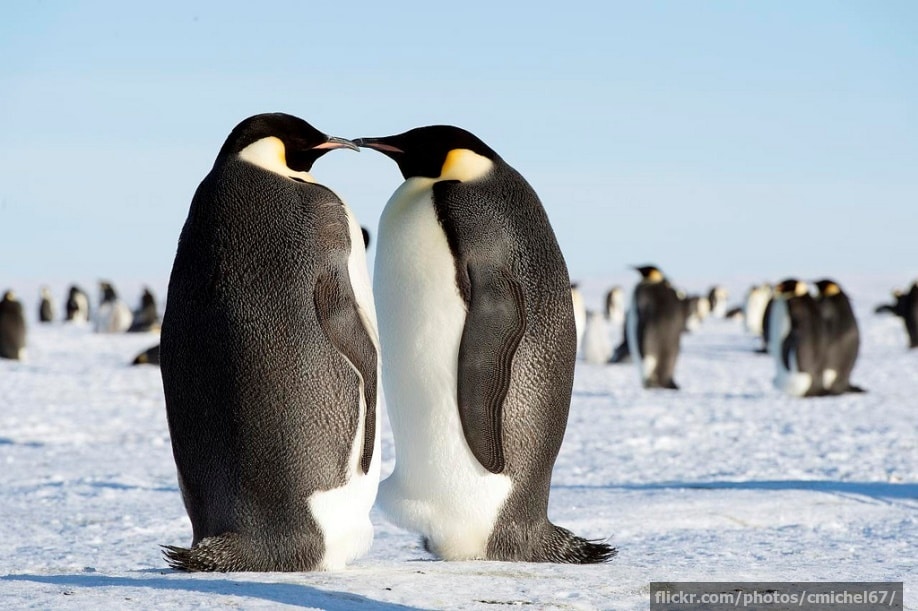 Penguins are commonly monogamous, and can be mainly found in the Southern Hemisphere (like Antarctica and South Africa). People say penguins mate for life but, sadly, this is not the case in most breeds. 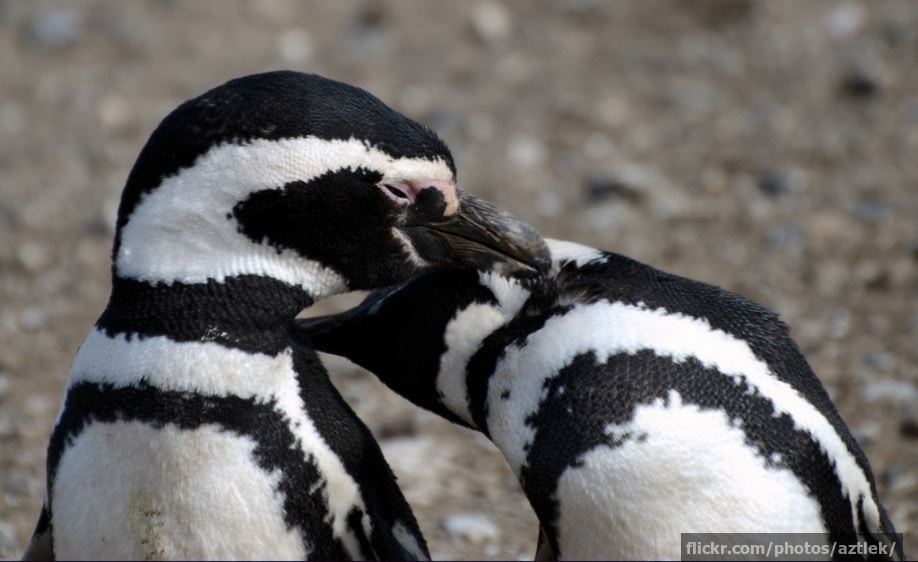 They keep things simple when finding a mate (which they usually do during springtime, as this is when food is at peak availability). They take joint responsibility of the chick until the season is over. Then, the parents will amicably split, and move on next year – sometimes returning to one another, depending on the success of the breed during the previous year. 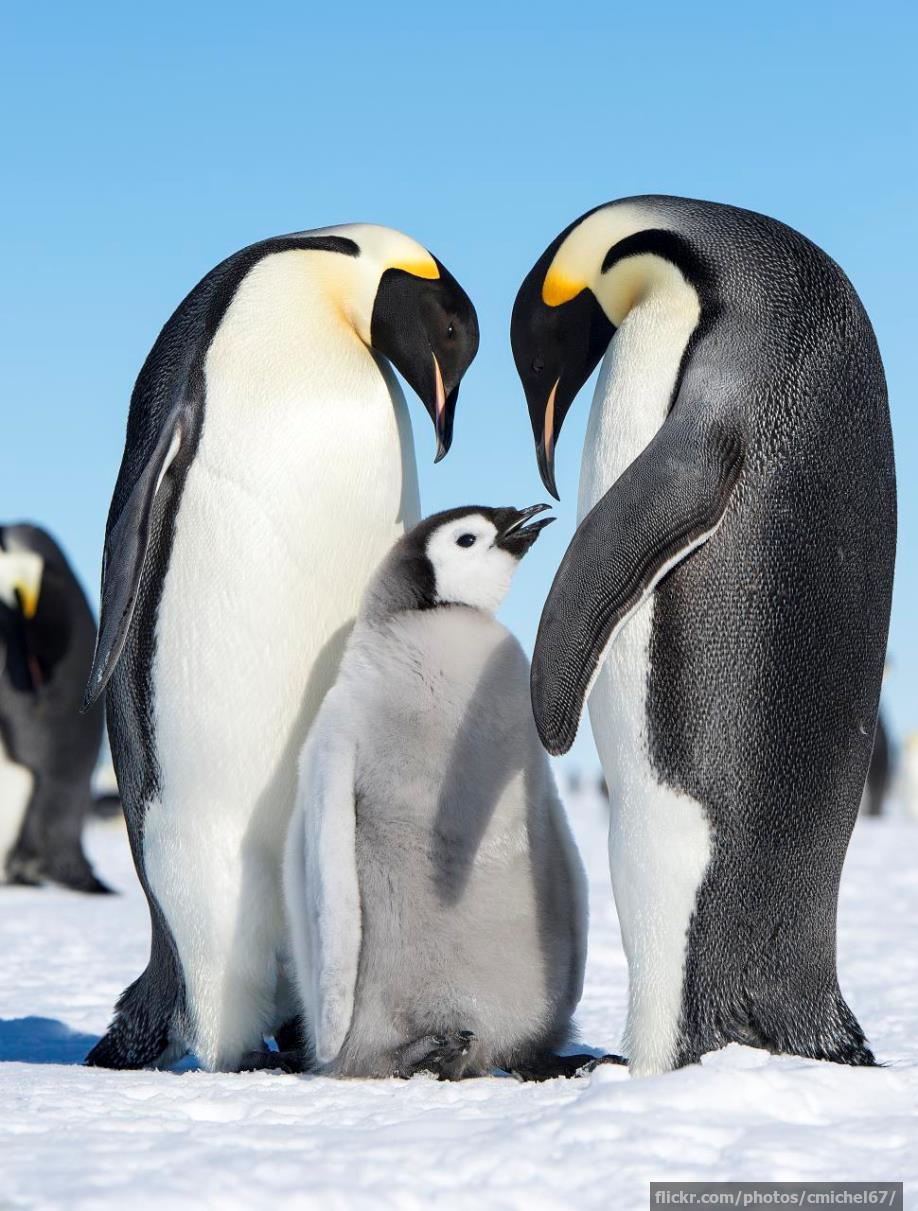 To bag themselves a mate, the male penguins go wild (as you would when a large group of gorgeous, voluptuous women cluster towards you!) The males wave their flippers and call out to the females to grab their attention. It is known that female penguins will usually choose a mate who can withstand the harsh temperatures, and fasting periods, while incubating their eggs. Ultimately, this makes fatter males more desirable… Kebab, anyone?

Peacocks | Across Asia and Africa 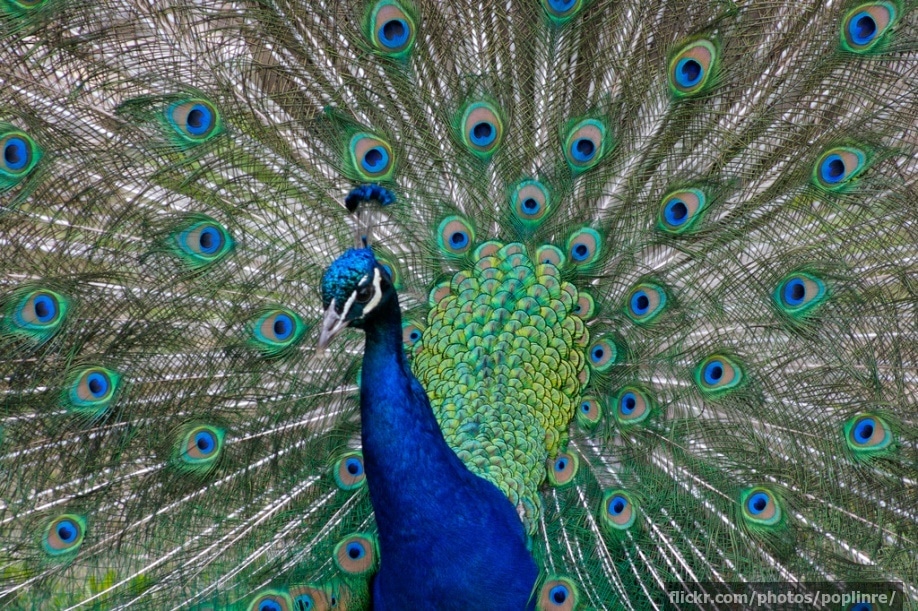 The peacock, with its beautiful colours and mesmerising features, is the national bird of India. Mating season generally lasts around five months, depending on climate conditions. This is when the males get a chance to call the shots, and chase their chosen companions. 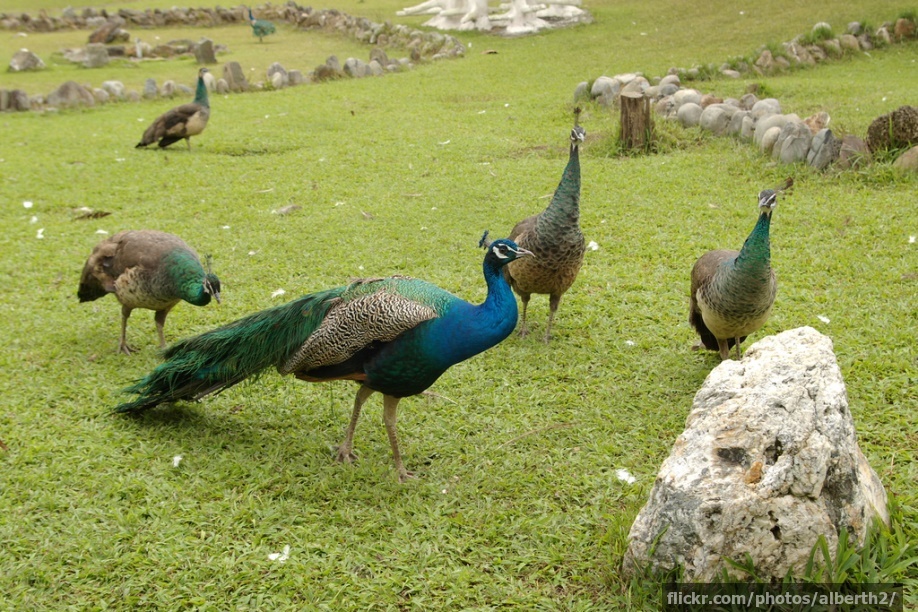 To do this, the peacock will raise his tail feathers and spread them widely into the air. He then shakes them to attract attention. The peacock will then follow the peahen around, making loud mating calls and rustling his feathers until she finally gives in to his fabulousness. 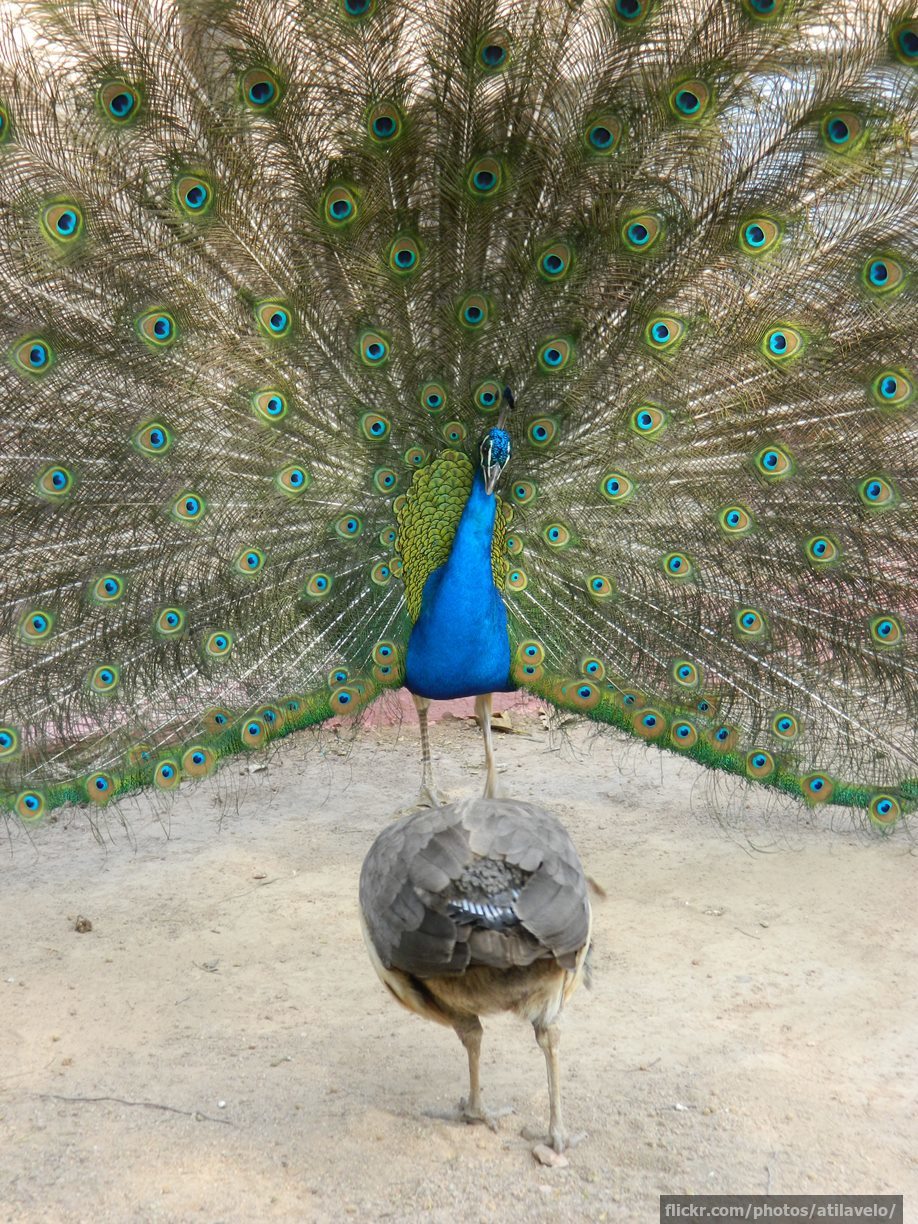 All it takes is a bit of confidence and pride, then she’s yours – but don’t pea-cocky! 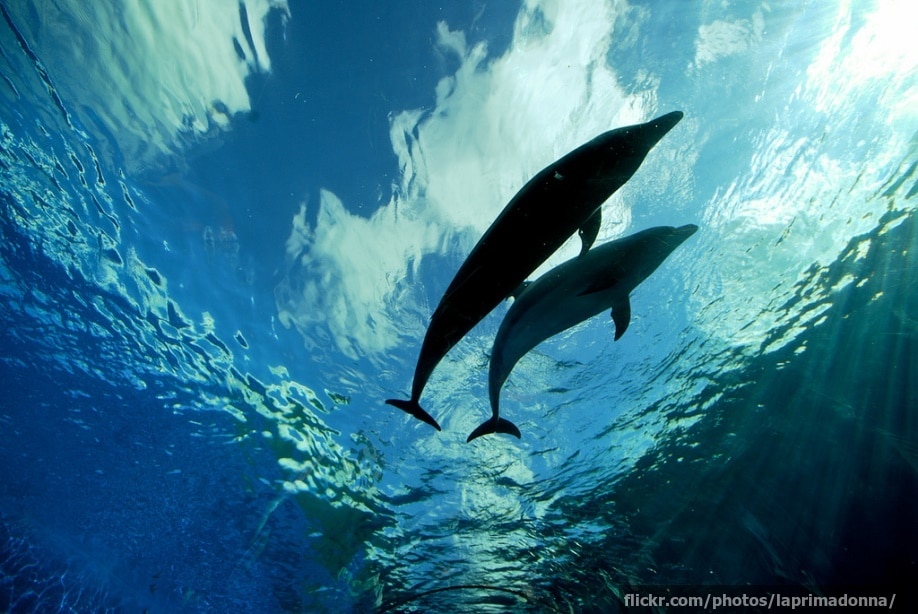 Scientists have discovered that dolphins do not only mate to reproduce, but for pleasure too. Research has suggested that, like humans and chimpanzees, dolphins often form emotional attachments to their partners before mating.

Although a dolphin’s habitat is pretty much the entire ocean, when there is a lack of food or environmental difficulty, they will not mate at all. This is part of means for survival. 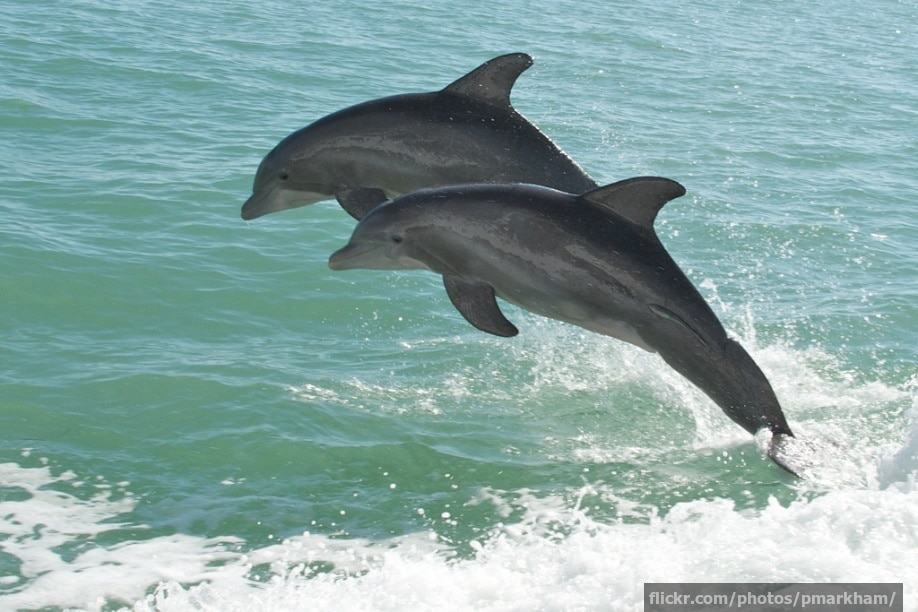 It is known that they are very passionate marine mammals, as they may rub each other’s bodies and bite the fin as a kind of foreplay. When a female is ready to mate, she will swim to the surface of the water. Alternatively, she may swim on her side to indicate her consent.

Also, there are many recordings of homosexual relationships within the dolphin species (and many other mammals). Apparently, a pair were in a relationship for 17 years! Whoever said romance was dead?

The male jumping spider | Throughout the world, mainly in tropical areas

The male jumping spider is most commonly found in tropical forests where it can get pretty hot under the collar. As humans, most men would find it unfortunate enough to be shot-down by a woman on a night out. However, for the male jumping spider, the outcome can be far more dramatic!

In order for a male jumping spider to “woo” his target, he must first perform a funny dance (imagine seeing that coming towards you). After some jumpy kiss-chase, he will conclude his show by making a vibrating-type noise. (This may seem pointless, though, as spiders cannot hear.) If she still shows signs of attraction, she will allow “copulation”.

However, if he gets too close too hastily, she will impale him with her poisonous fangs and make him a meal rather than a mate. Count yourself lucky gentleman – you could be an arachnid!