They’re capable of squeezing into tiny spaces and shooting ink out of their bodies to escape predators. They may not be the prettiest of animals, but there’s a lot to learn, and love, about these multi-limbed molluscs.

And I won’t even count the fact that they’re delicious with a light batter and some sweet chilli dipping sauce. 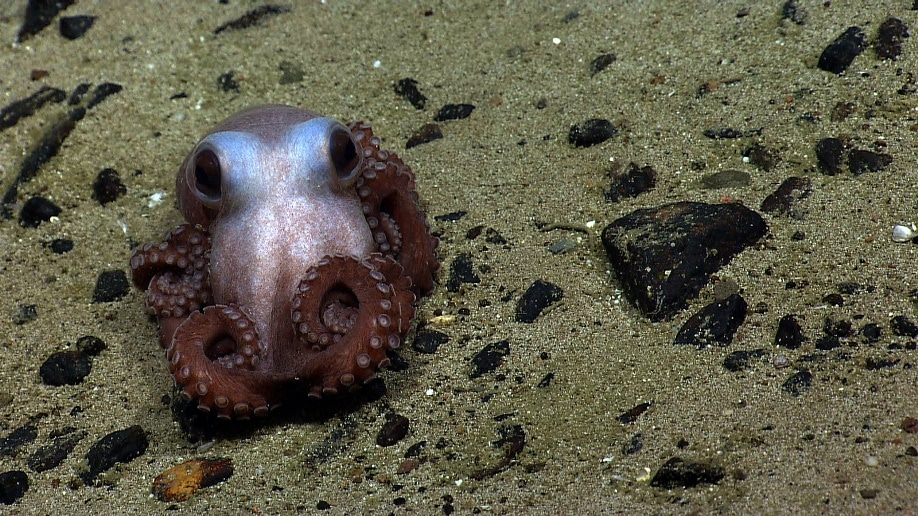 Both squid and octopuses are excellent at disguising themselves. They achieve this by having their skin covered by chromatophores, specialised cells that allow them to change the colour of their skin as easily as you or I might blink. While squids keep things pretty simple, mainly by changing colour to match their surroundings, and keeping the top half of their body darker than the bottom, the real masters of disguise are octopuses. Most species are capable of changing their skin colour in greater variety than their squid cousins, with some even able to change the shape of their body. The mimic octopus from the western and central Indo-Pacific Ocean (mostly off Indonesia) and the Great Barrier Reef, off the coast of Australia, takes it a step further and can accurately impersonate dangerous animals such as lionfish, eels and highly poisonous sea snakes. 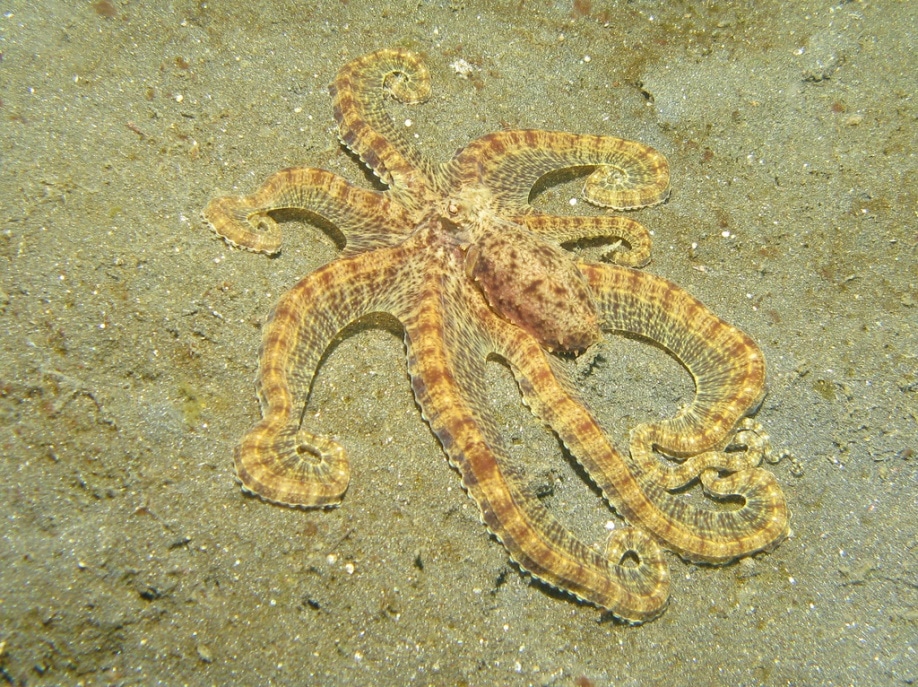 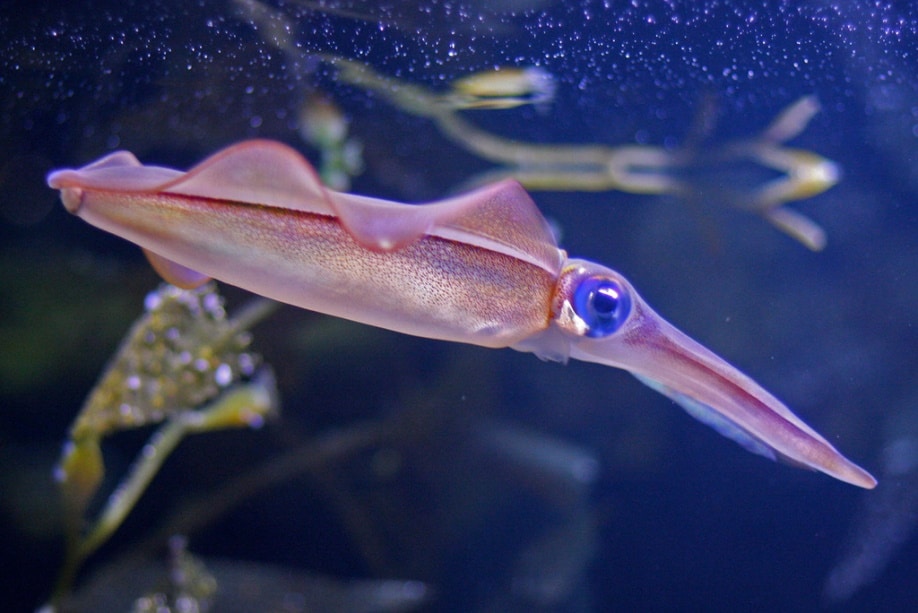 Both squid and octopuses show a remarkably high level of intelligence, especially for molluscs (do try and keep up snails). They’re excellent at spatial learning, able to adapt quickly to changes in environment. They’re also expert navigators and accomplished predators, adapting a wide array of hunting techniques for various prey. The humboldt squid of the eastern Pacific Ocean actually hunts large schools of fish in packs, exhibiting amazing displays of co-operation and communication. This is the first time this has been witnessed in invertebrates. In fact, cuttlefish and octopus have the highest ratio of brain to body mass of any invertebrates. 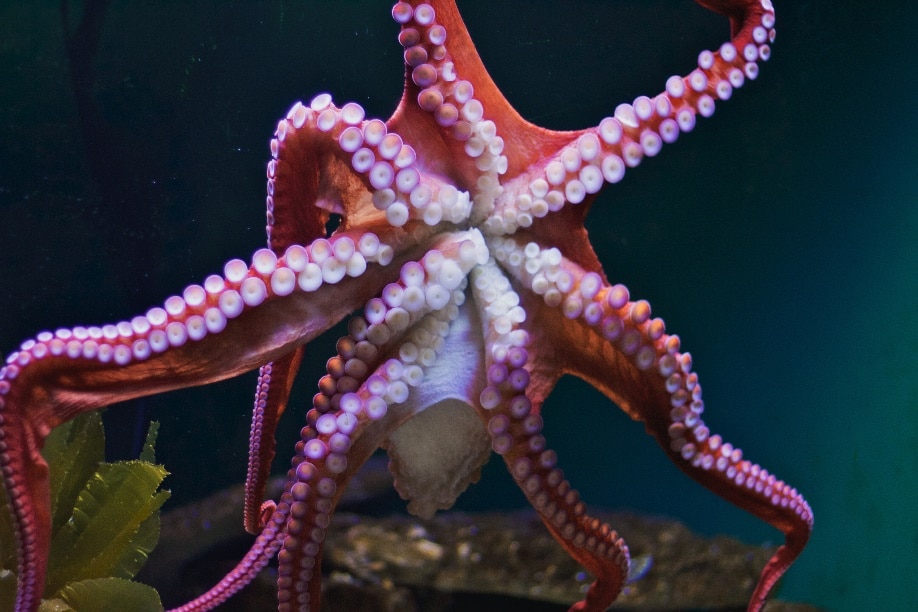 Despite all these, they’ve yet to work out the disadvantages of being delicious.

Gentle (and not so gentle) giants 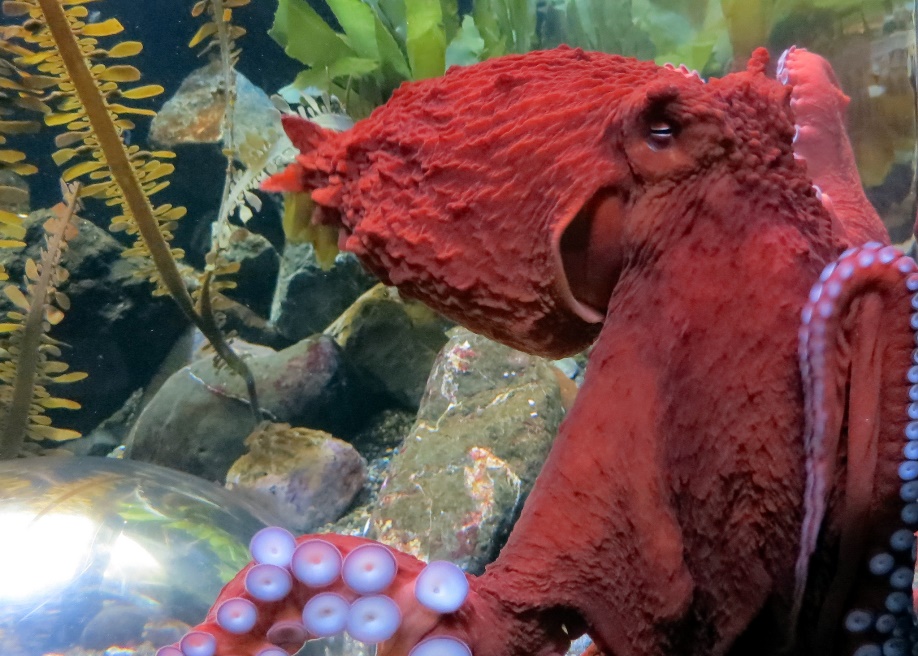 So far we’ve discovered that these magnificent molluscs are masters of disguise and are highly intelligent. As it turns out, they’re also capable of reaching huge sizes. If they ever decided to attempt world domination, we may be in trouble. But how big can they actually get?

The giant Pacific octopus, which shockingly, hails from the Pacific Ocean, can grow to a pretty impressive weight of 300 lbs (136 kg) with an arm span of 32 ft (9.8 m).

How about squids? Surely those old tales of huge squid attacking ships are exaggeration, or drunken sailors competing to tell the best tale? 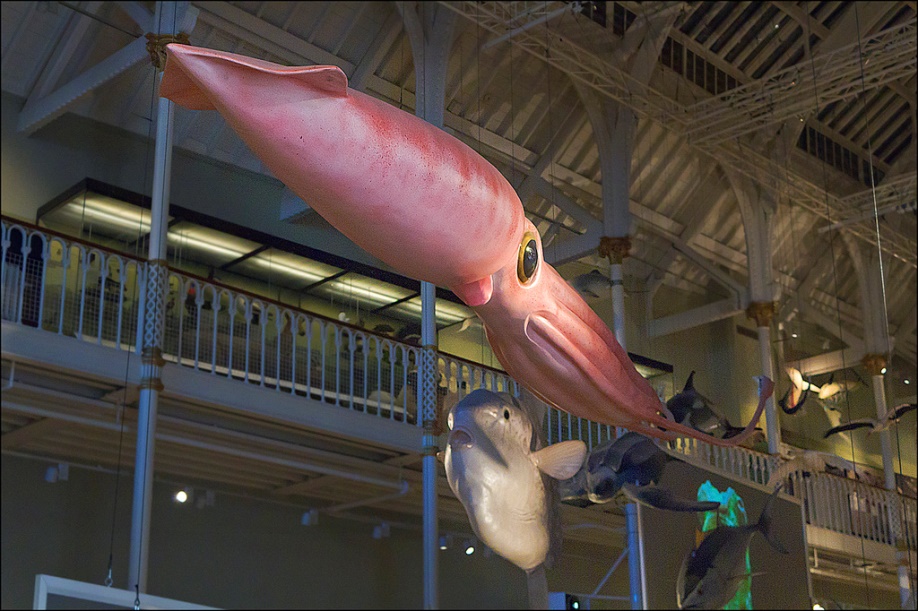 Turns out they may not have been. While colossal squid have been found reaching lengths of around 15 ft (4.5 m) they are nothing compared to the aptly named giant squid. These deep-sea dwelling squid, who often go toe-to-toe with sperm whales (despite neither species having toes), have an estimated maximum size of 43 ft (13 m) for females and 33 ft (10 m) for the boys.

I for one, welcome our new squid overlords, and would like to remind them that as a respected blogger, I can be useful for rounding up slaves to toil in their undersea fish mines.