Once, on a day trip to the beach, I saw hundreds of dead jellyfish washed up on the sand. What could’ve happened? How did they get there? Why were there so many? These were just some of the questions I didn’t stop to ask. Instead of showing a natural curiosity about the world around me, I ran along the water’s edge, stamping on all the drying corpses. It was a bit disrespectful, but I had a great time. Surprisingly, the jellyfish didn’t splat or burst – they looked pretty flimsy, but it turned out they could easily support the weight of a jumping eight-year-old. 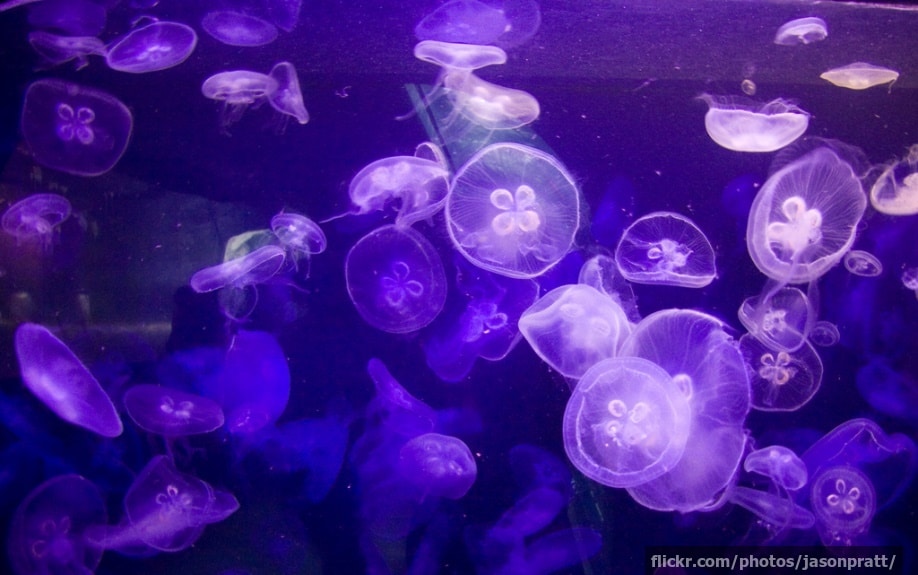 When they’re not being washed ashore and their bodies desecrated by overexcited children, jellyfish live underwater. This seems sensible given that, depending on the species, a jellyfish’s body is 95-98% water. To think of that the other way round, imagine there’s some water that’s 100% water (and that’s water) then some water that’s just 2% something else (and that’s a jellyfish). It’s strange to think that they can be so similar to their surroundings – it’s like they’re barely even there. 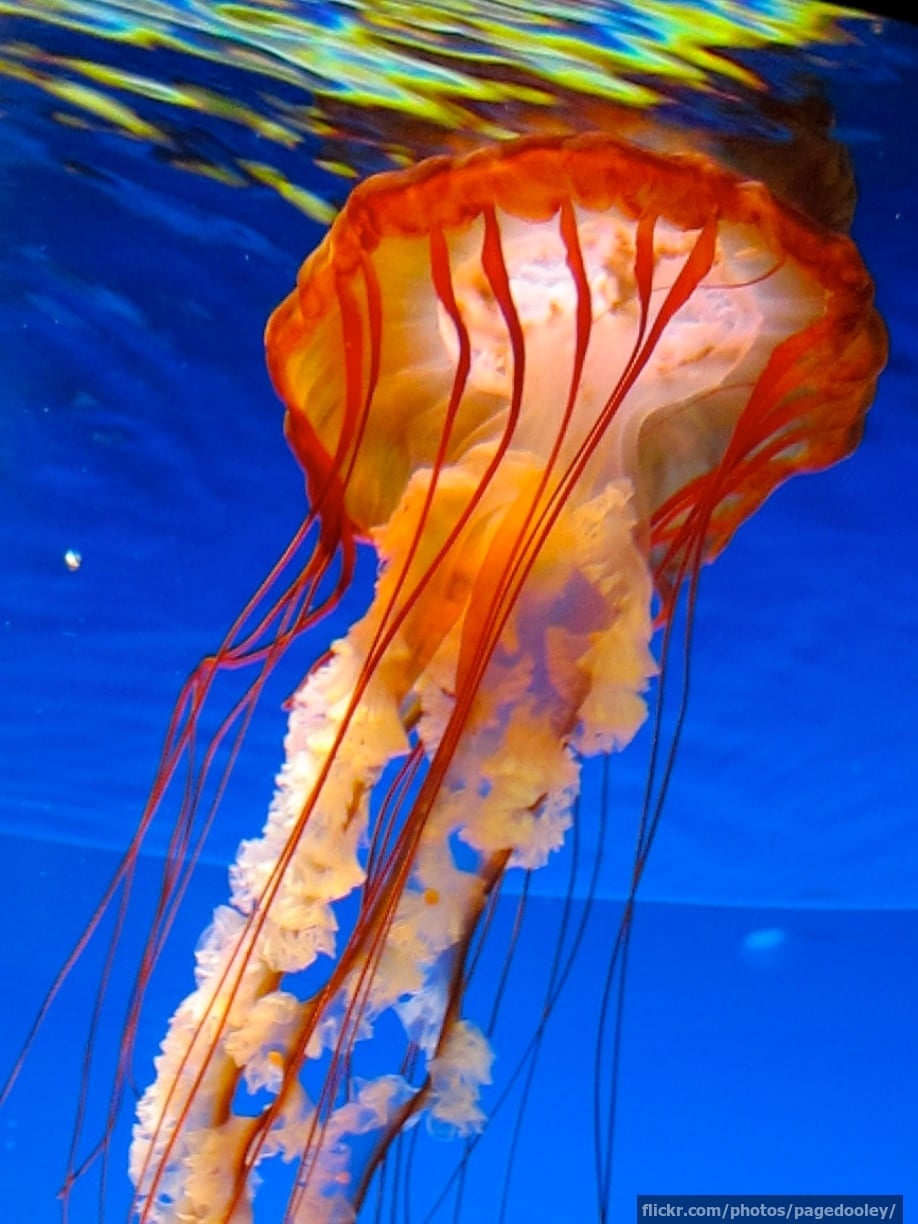 They may be made of almost nothing, but jellyfish can still give you a nasty sting. One of the most unpleasant is the Irukandji jellyfish from Australia – it’s only about a centimetre long, but its venomous tentacles stretch to a metre and, if those don’t get you, it can fire stingers straight out of its body. Irukandji syndrome (which is what you’ll develop if you’re stung and manage not to die) has a range of symptoms: severe pain and cramps, obviously, but also headaches, vomiting, increased heart rate and, oddly, an overwhelming sense of impending doom. 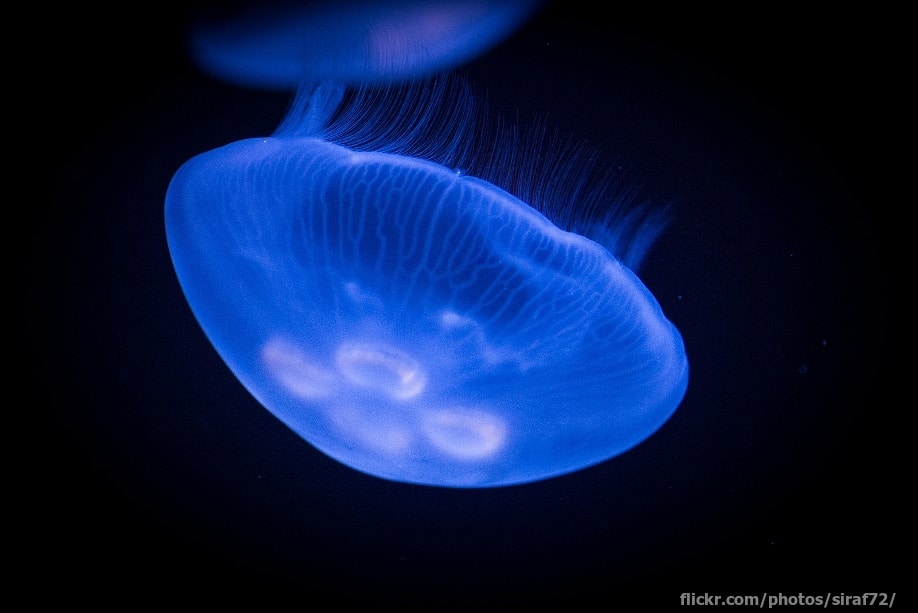 Another nasty, venomous sea-blob is the Portuguese man-of-war (or Portuguese man o’ war, if you’re feeling poetic). Strangely, the Portuguese man o’ war isn’t really a jellyfish, despite being one of the world’s most famous jellyfish. Even more strangely, it isn’t even a single animal but four different ones – it’s a colony of organisms working together. This means that, if you see a pretty-looking purple bag floating on the sea, be careful – it can’t sting you itself but it’s very close friends with some tentacles that can. 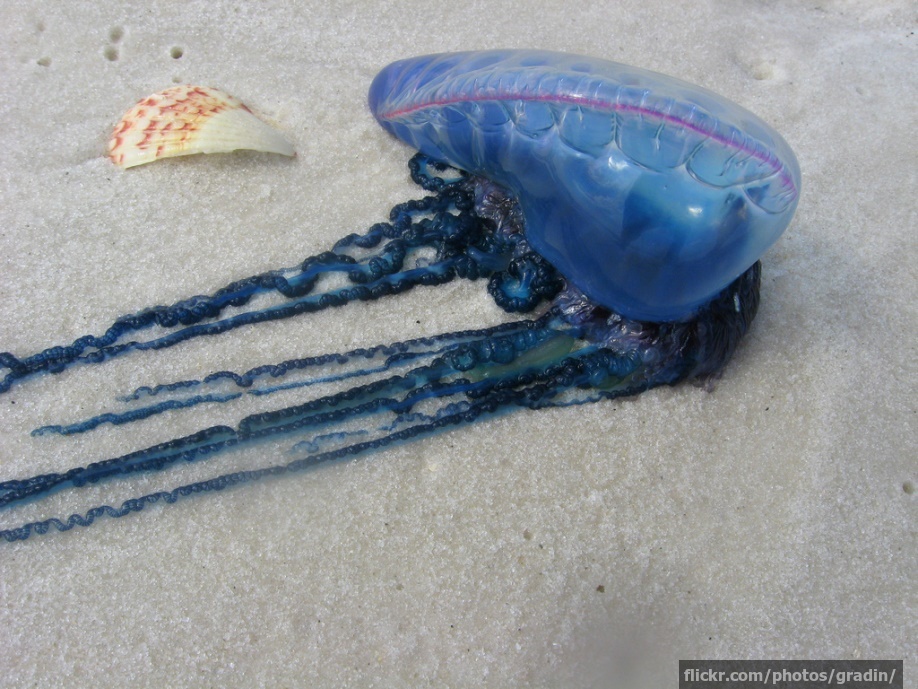 If you’d like to go snorkelling with some jellyfish, but don’t want to go in the sea, you could try visiting the appropriately-named Jellyfish Lake in Palau (a country that, I must admit, I’m not sure I’ve ever heard of before – it’s in the western Pacific). The lake is full of golden jellyfish which, although they can sting, are only dangerous if you have a specific jellyfish allergy. There are other dangers in the lake, though, such as saltwater crocodiles (and these can be deadly even if you don’t have a specific crocodile allergy). Also, if you dive too deep, the hydrogen sulphide levels in the lake are high enough to kill you. Tickets to swim with the jellyfish are $100.

Jellyfish lives go through a number of different stages. They start off as larvae, before attaching themselves to the sea floor for the polyp stage. Here, the polyp reproduces by splitting itself into sections, with each one breaking away from the main body and swimming off to grow into an individual adult jellyfish. These jellyfish can then find a mate and create more larvae. This process is common to most jellyfish species but there’s one in the Mediterranean, Turritopsis dohrnii, which can also do it in reverse. Adult Turritopsis dohrnii can deteriorate and revert completely to the polyp stage, splitting up and releasing more, genetically identical jellyfish. In this way it could, theoretically, live forever – which is why it’s known as the immortal jellyfish. 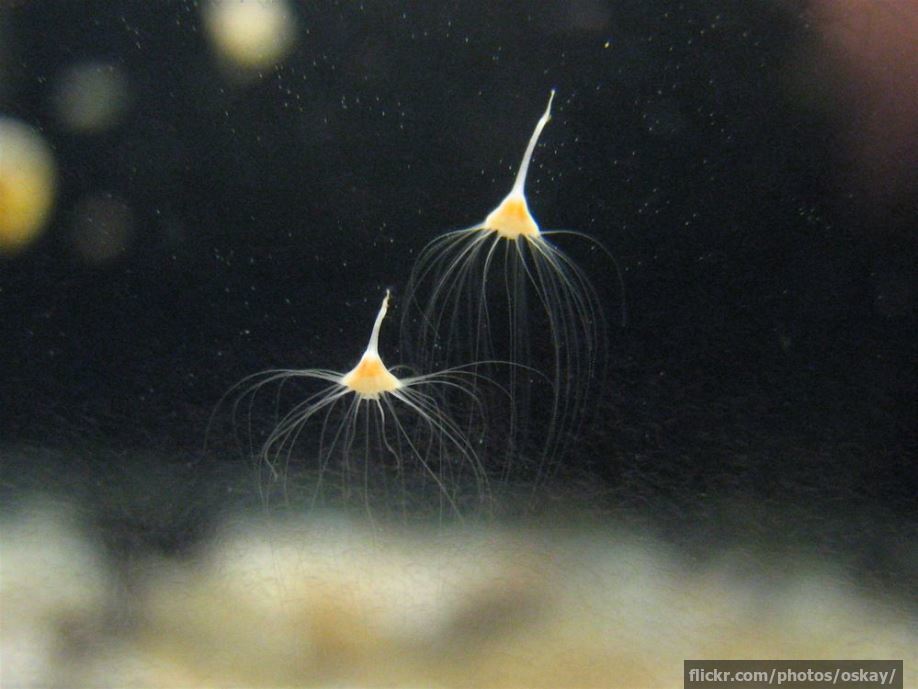 The planet’s seas have been full of jellyfish for over 500 million years – they’re one of the most ancient animals (older than dinosaurs) so it’s about time they gave something back. Luckily, humans are here to pull them out of the water and put them to use. Jellyfish have been eaten in China for around two thousand years, but Japan is now the biggest consumer – the jellies are cut into strips and served with salad (not with ice cream, as you may have expected). In Israel, they’re working on turning jellyfish into hydromash, a highly absorbent material that can be used in disposable nappies. The hydromash is biodegradable and can hold more baby-mess than traditional nappies – so it’s good for the environment, but a rather undignified end for the poor jellyfish.

We’ve even used them for our travel insurance adverts.