Home » Blog » Llamas: A fluffy cross between a sheep and a giraffe

Home » Blog » Llamas: A fluffy cross between a sheep and a giraffe

They may well look like a sheep had an intimate liaison with a giraffe, and have an undeserved reputation for bad manners (possibly thanks to a habit of spitting). But let’s take a look at these interesting animals from South America. 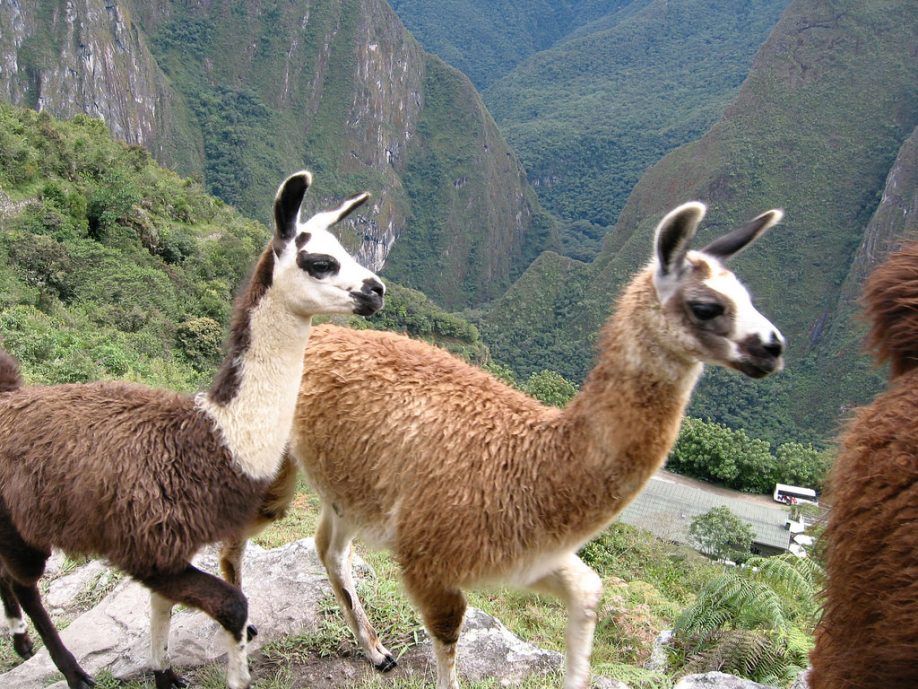 Now they may not look like it, but both llamas and alpacas are members of the camel family (probably where they get the spitting thing from). They also live in herds like camels and are very sociable animals. Evidence suggests that llamas actually first appeared in the plains of North America, about 40 million years ago. But they clearly got bored of this as they headed to South America around three million years ago. 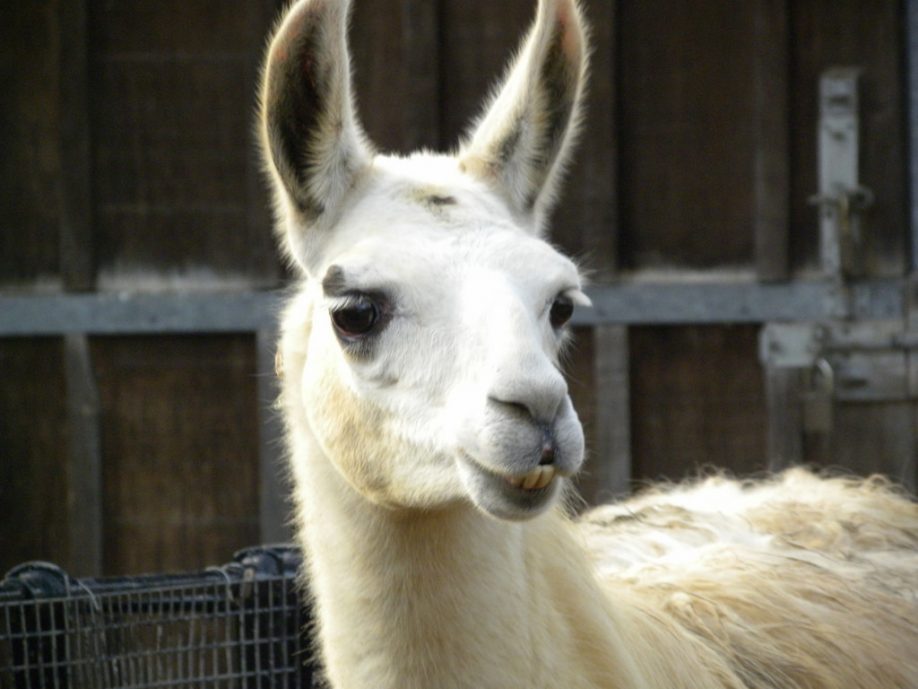 It’s just as well that they did, because at the end of the last Ice Age – about 10,000 years ago – all the camelids in North America were extinct. 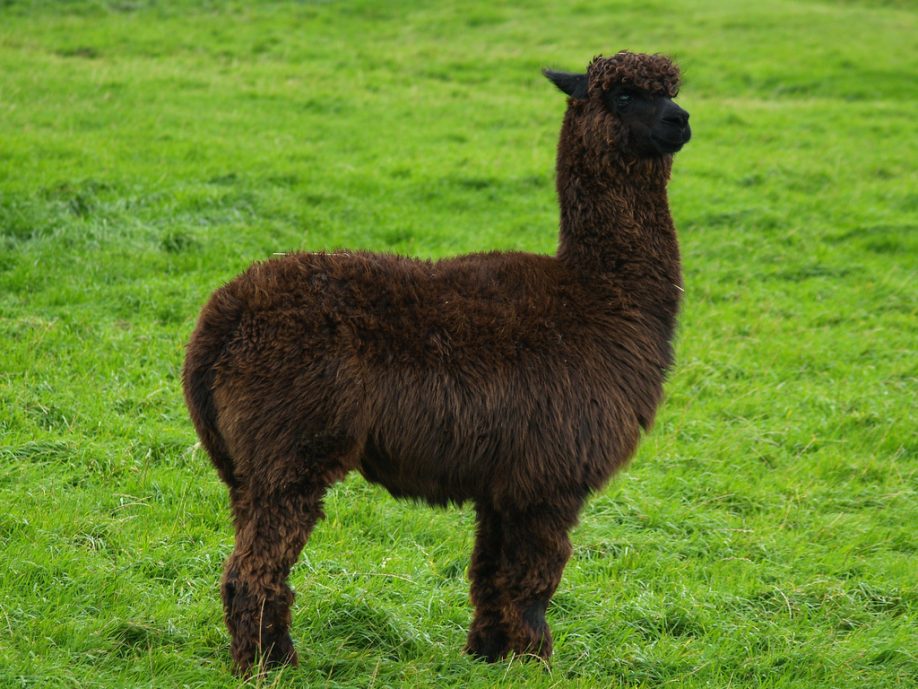 They’ve been used for centuries by many Andean cultures for both meat and as pack animals, as well as for their lovely soft wool. You can see why when you start to look at the size of them. An adult can reach sizes of 5.9 feet (1.8m) tall from the top of their head. They also weigh up to 440lbs (200kg). They’re very intelligent, live for up to 25 years and can carry about 30% of their body weight for miles at a time. 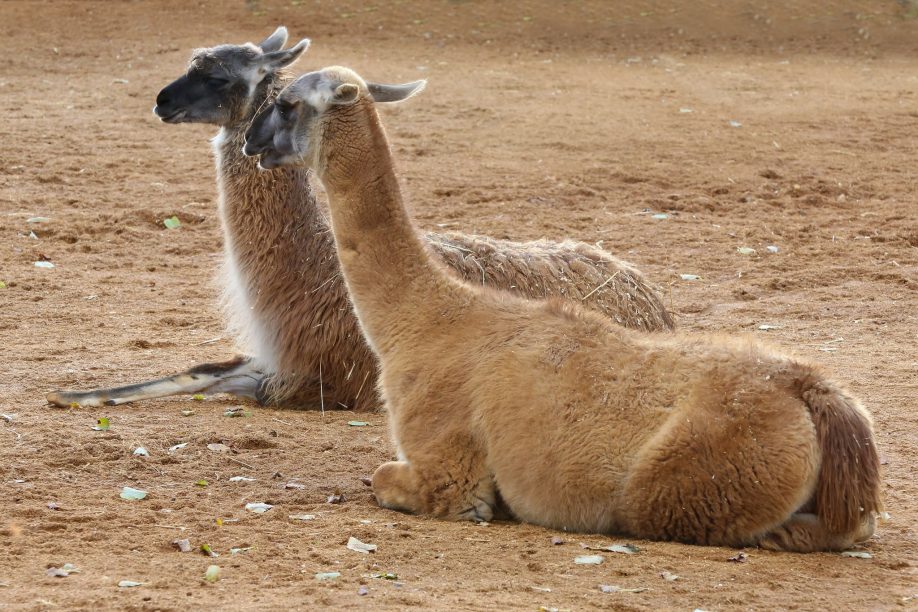 Plus they’re super fluffy and kind of cute looking. 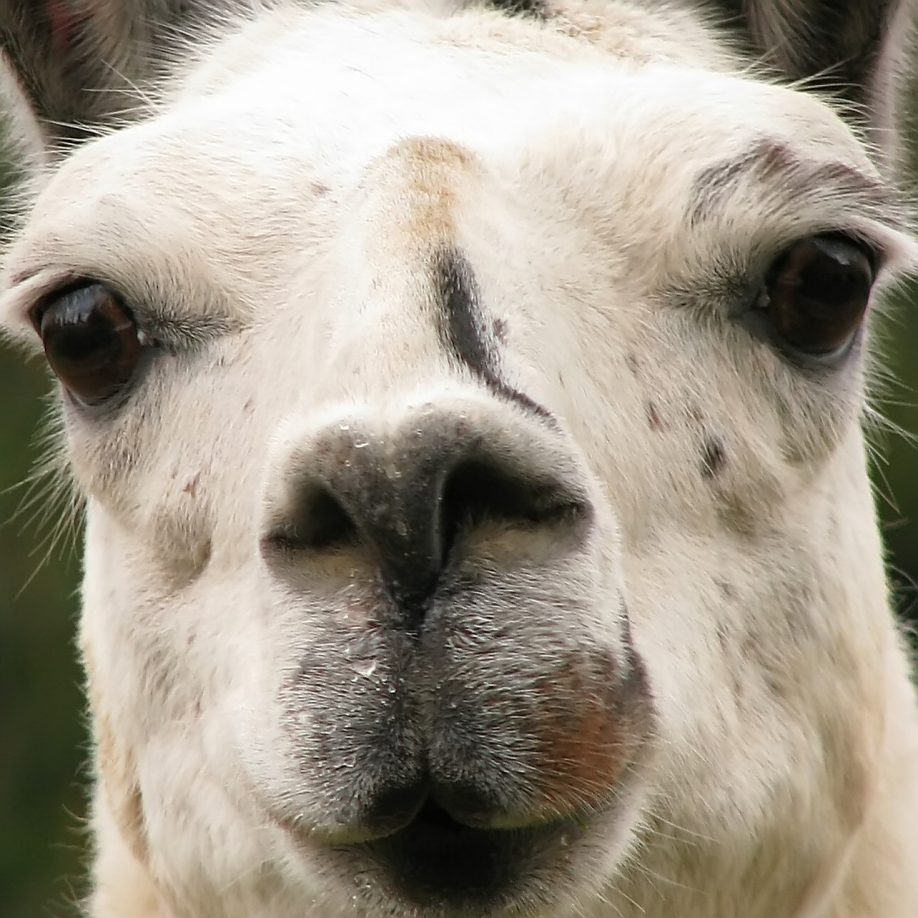 The wool produced by llamas is actually incredibly soft and is free from lanolin, an oily substance most wool-bearing animals produce to help with water proofing. 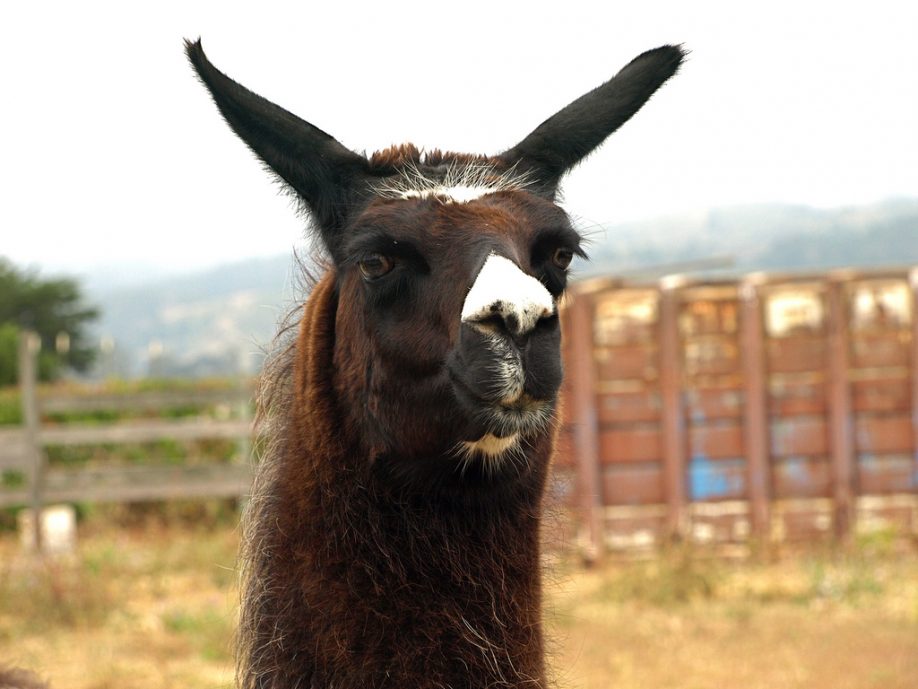 Technically, all llamas and alpacas live as domesticated animals. The wild varieties are known as guanaco and vicuña (which is the national animal of Peru and features on their coat of arms). 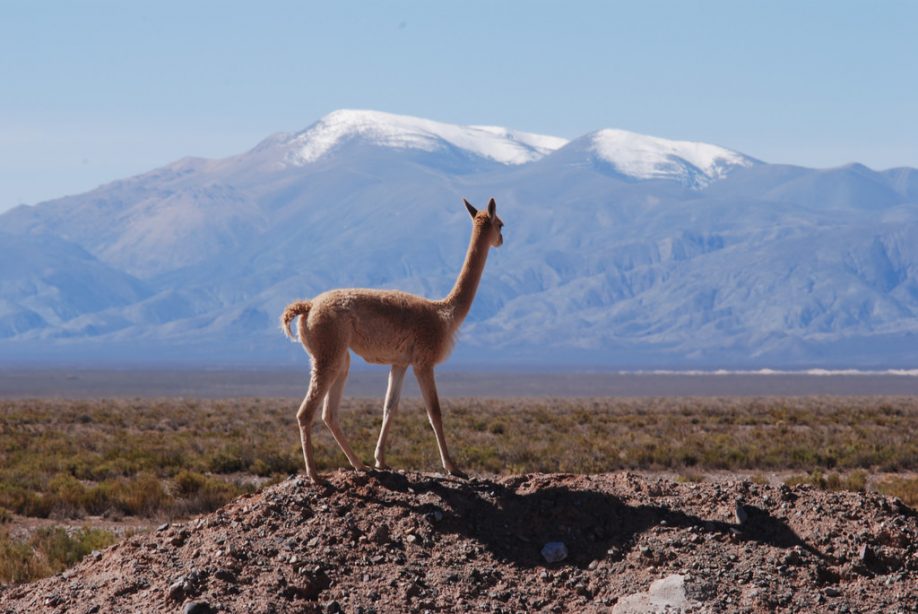 Llamas that do have a habit of spitting and kicking (as well as neck wrestling, which is a sport just crying out for a Sylvester Stallone film about it) are probably only doing if because they were bottle-fed and over socialised in their youth. This leads them to treat humans like they would any other llama. 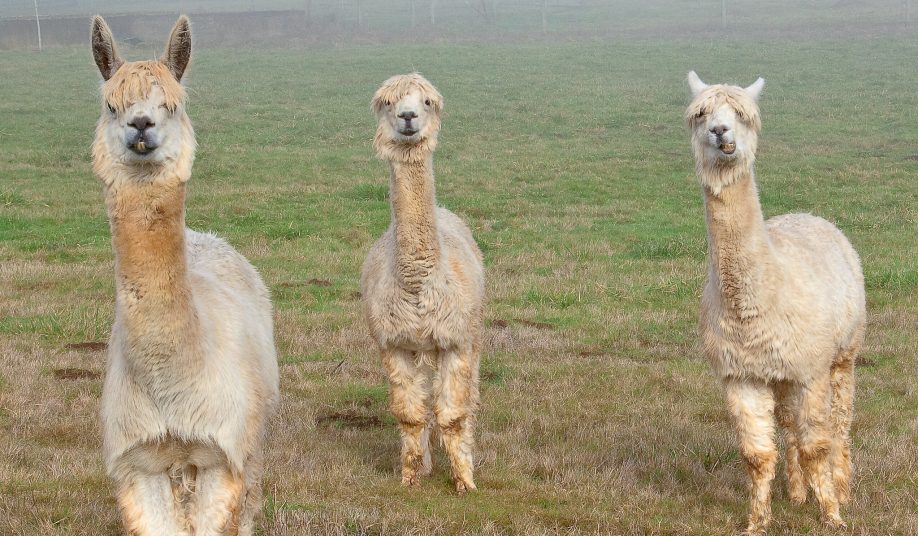 Many farms in the USA have started to use llamas as guards to help cut down on losses to larger predators such as coyotes and cougars. They usually use a single gelded male, who lives with a herd of sheep or goats and keeps and eye out for predators. It’s proved surprisingly effective. 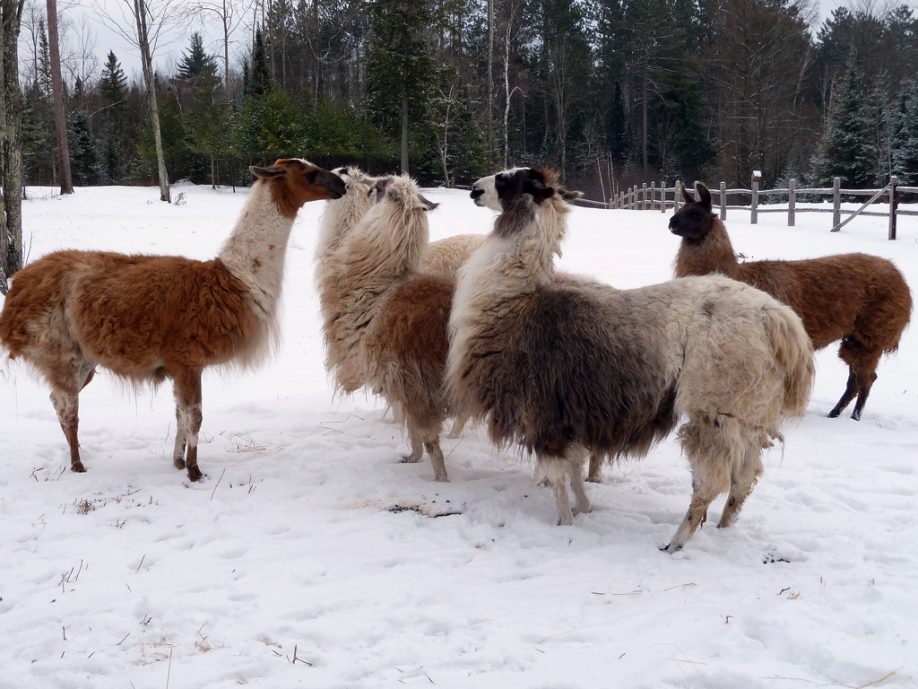 Llamas have also had a lot of impact in the various Andean cultures of the area. The Moche people used to place llama parts in burial chambers of important members of society. Whether this was intended as an offering or to serve the deceased as a tasty snack on the way to the afterlife is uncertain. 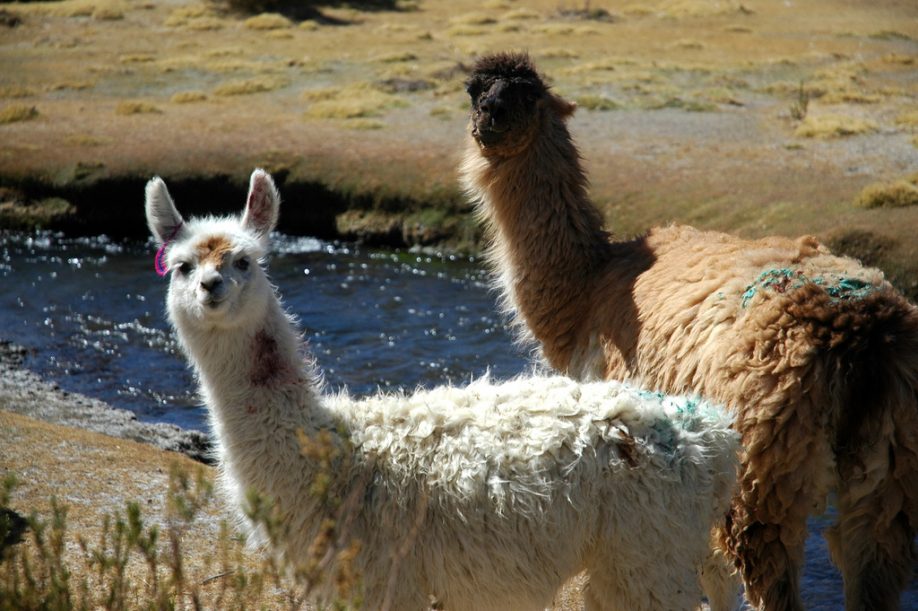 During the Inca Empire (which ran from 1438 to 1572 and was possibly the largest empire in the world in the early 16th century), llamas were really only viewed as beasts of burden. But this didn’t stop them being important to Incan culture. Incan nobles were often buried with llama figures (which is probably better for the llamas than being chopped up) and there was even a multicoloured llama god known as Urcuchillay. 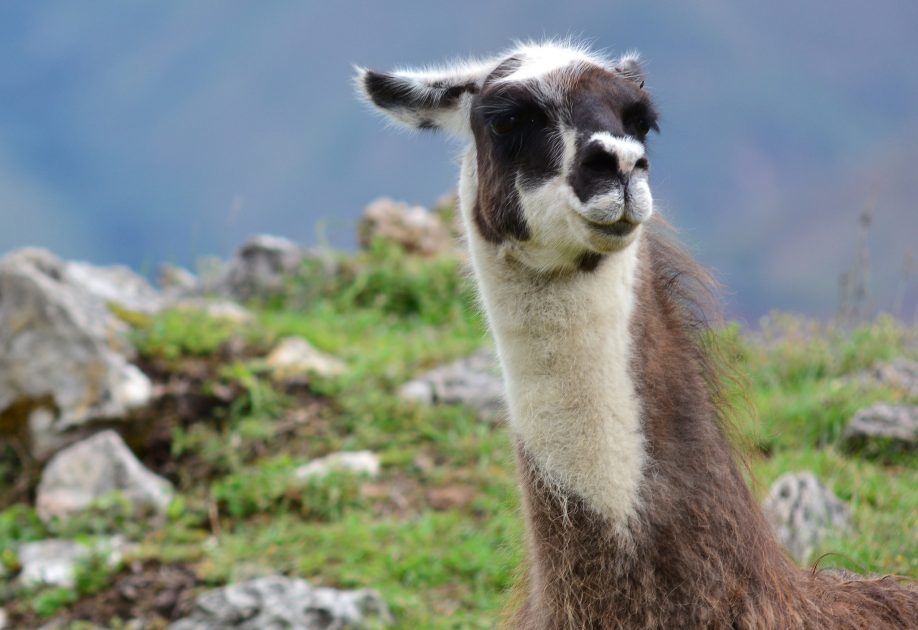 Not bad going for a fluffy cross between and sheep and a giraffe, eh?