What does the word ‘nudibranch’ suggest to you? Perhaps it sounds like somewhere to sit on a special kind of beach? Or maybe it could be the name of a small sub-group within a larger organisation (the nudibranch of the EDL, for example)? Well, as nice as that sounds, neither of these explanations are correct – nudibranchs are delightful little slugs that live underwater. 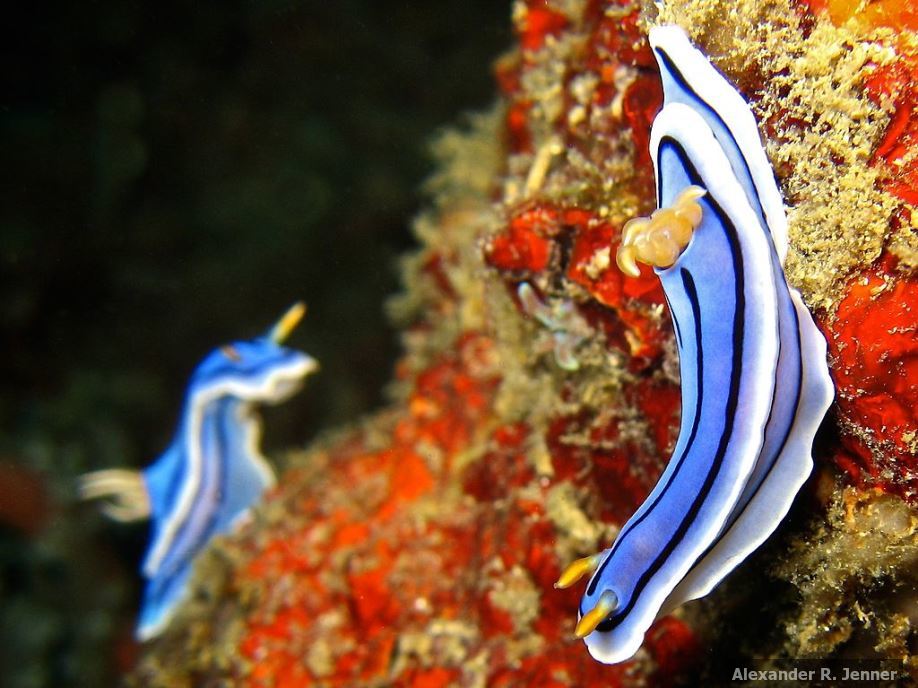 Most nudibranch (pronounced “noo-duh-brangk”) species prefer warm, shallow water, but they can live at almost any temperature and are found all over the world. There are over 3,000 species – some tiny, some almost two foot long – and they’re one of the most diverse and colourful creatures on the planet. 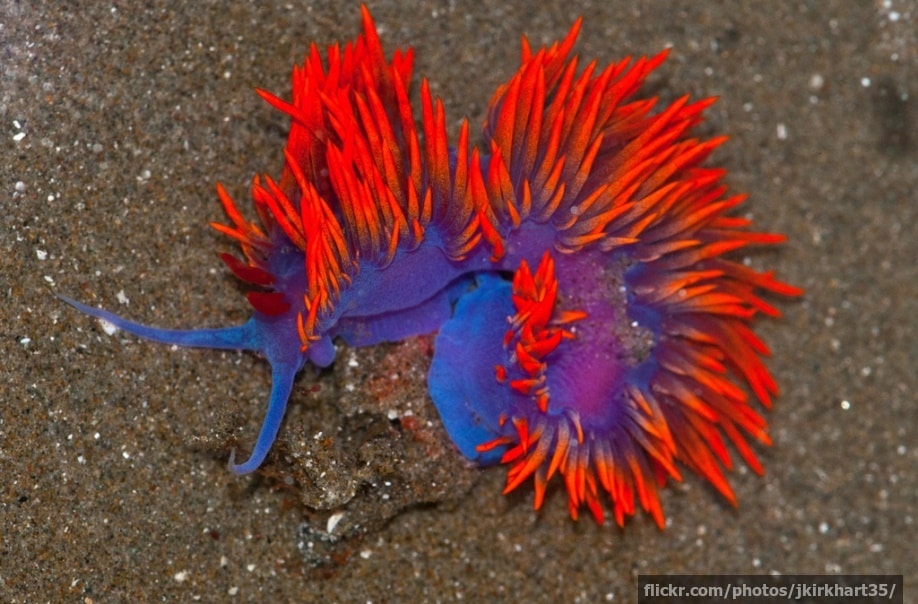 Take any three felt tip pens, hold them in your fist, then do a little scribble on a piece of paper. Now look at the weird, multicoloured mess you’ve made; there’s probably a nudibranch that looks exactly like that. 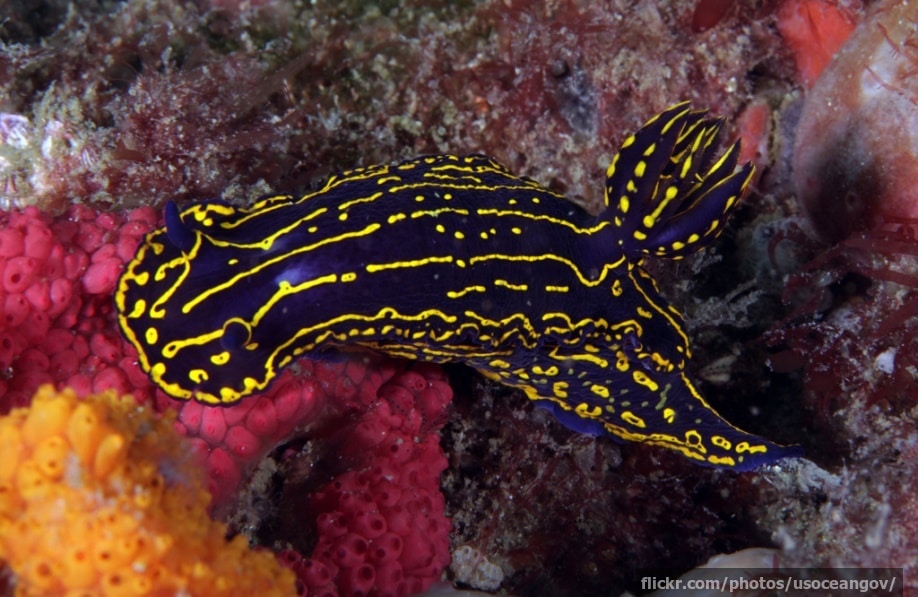 I don’t know why nudibranchs come in so many crazy shapes, but it’s their diet that gives them their crazy colours. Most species stick to just one type of food – sponges, for example, or barnacles – and use the pigment in this meal to put on a vivid display. 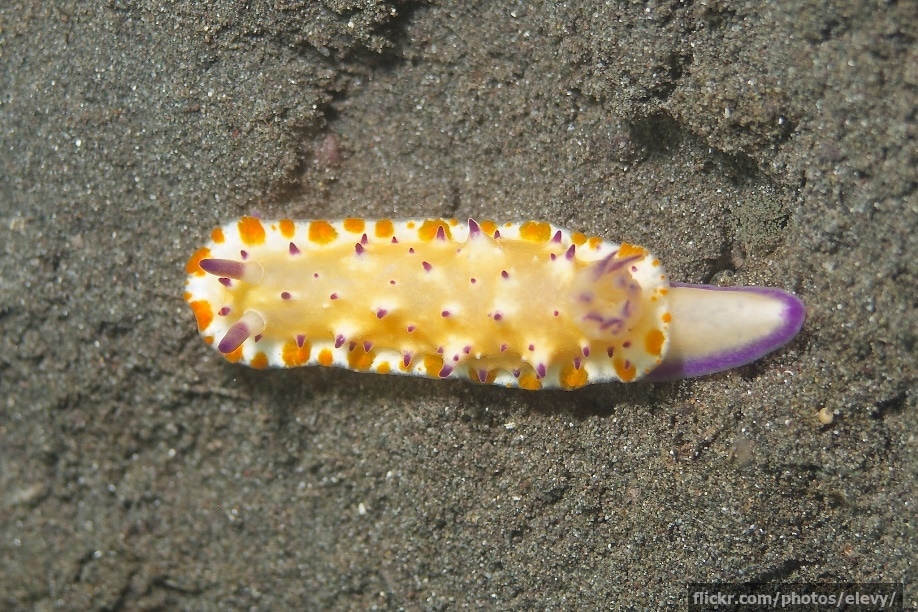 It’s not only colour that nudibranchs can absorb – if they eat something poisonous, instead of getting sick, they’ll concentrate the poison and use it to sting predators. There’s little danger to people, but you might want to watch out for one called Glaucus atlanticus – it looks amazing, but it eats the Portuguese man-of-war and isn’t shy about sharing the venom. 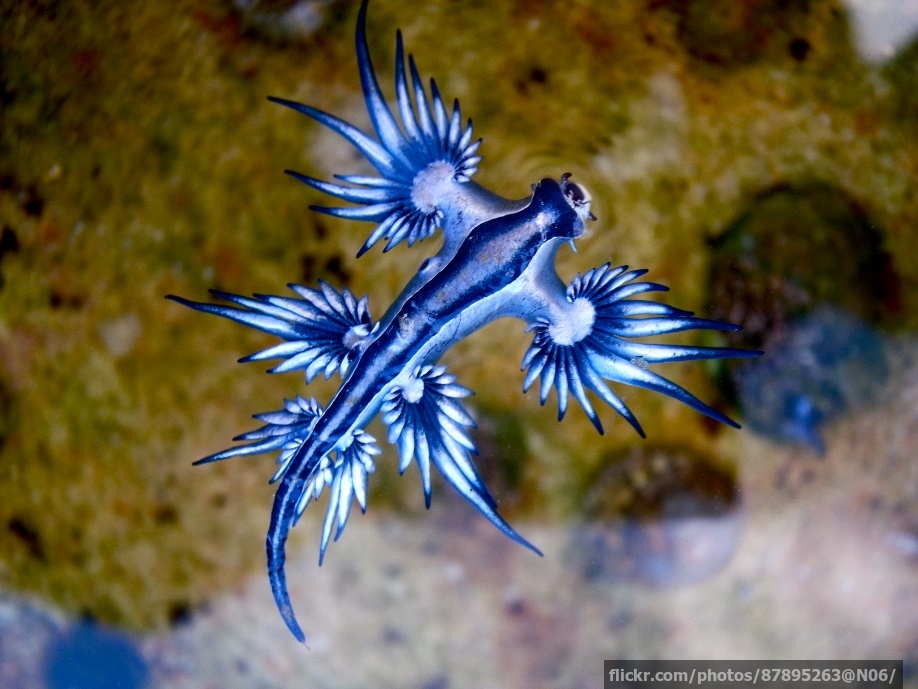 They may bear almost no resemblance to slugs and snails but, like their land-based gastropod cousins, nudibranchs leave a slimy trail as they crawl along. Of course, there’s no need for anyone to clean up this trail – it’s on the sea floor, not across your patio (in a straight line directly from the fence to your cabbages, as if the slug had watched where you’d planted them, made a note, and then come back later to deliberately target you and ruin all your hard work). 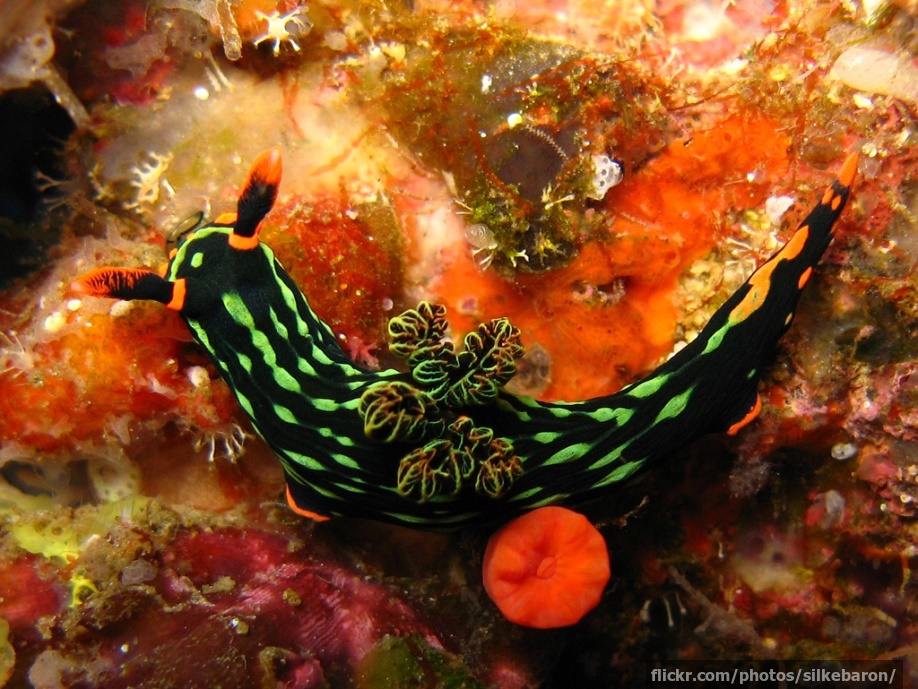 Normal slugs are disgusting little blobs – everyone must agree with that – but it’s almost impossible not to like nudibranchs (and, if you’re still not sure about them, just look for a nice frilly one in your favourite shade of blue). Their range of appearance is so bizarre and colourful that it feels like they could’ve wandered out of a Japanese cartoon series (and associated trading card game).