For most people, smelling nice is important. For a certain minority, however, smelling bad seems to be just as important (I refuse to believe that this minority smell so catastrophically bad on accident; work has clearly gone into their scent).
But it’s not just humans that spend a lot of time concerned with their bodily fragrance – bugs also put a fair amount of work in. And stink bugs are firmly on the foul-smelling end of the spectrum.
Here’s the first in our series on some of the smelliest species of stink bug from around the world: 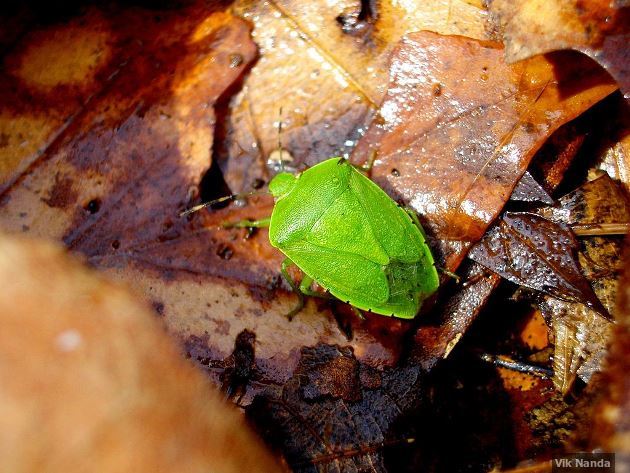 The green stink bug’s name is very complex (he’s green. he stinks and he’s a bug) so he’s known to science types as Acrosternum hilare or Chinavia hilaris instead. They’re often found being green and stinky in orchards, gardens, woodlands and fields across North America, where they feed on plants. Apparently, they’re a menace to tomato, bean, pea, cotton, corn, soybean and eggplant crops, as well as apple and peach trees! 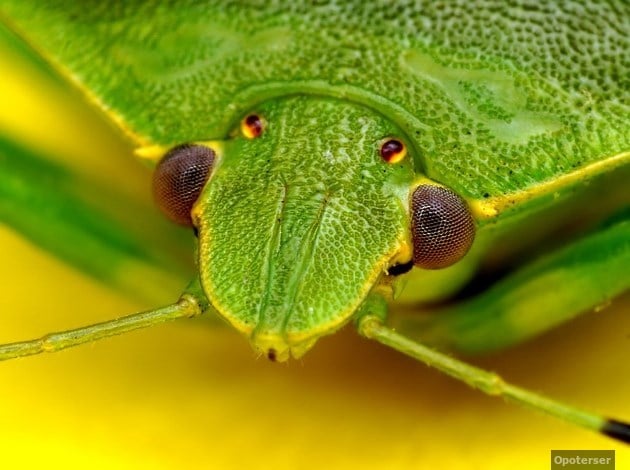 They range from between 13 and 18mm in length, which is very small indeed. However, don’t let their small size fool you, because like all stink bugs, they produce a very big (and very bad) smell. They have large stink glands on the underside of their thorax, from which they discharge a foul-smelling liquid when they’re feeling threatened. I know a few people who do something similar… 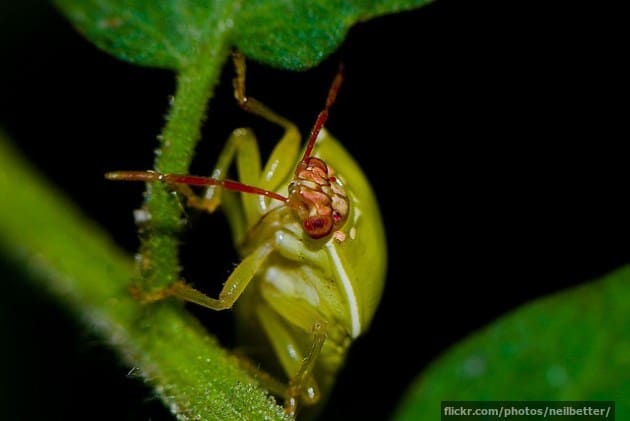 Now let me tell you something shocking… (Are you sitting down?) Baby green stink bugs are not green; they’re brightly-coloured and stripy. They only turn green when they reach adulthood. 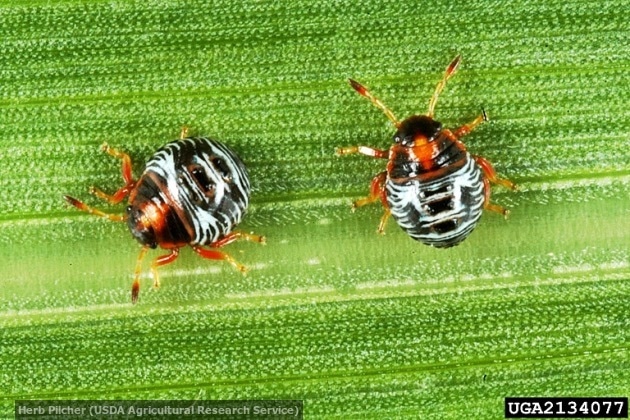