Home » Blog » What a handsome boy: A little bit about toucans

Home » Blog » What a handsome boy: A little bit about toucans

We’ve got a few TV ads on at the moment and we’ve had some really good feedback, so we’ve started to write about the things we feature on them. If you’re interested in the train/tram, and a lot of you seem to be, you can read about it here.

My favourite, though, is the one featuring the toucan. He’s just so handsome! So if our ad has sparked your interest in toucans, read on.

That beak is massive! Why doesn’t he topple over? 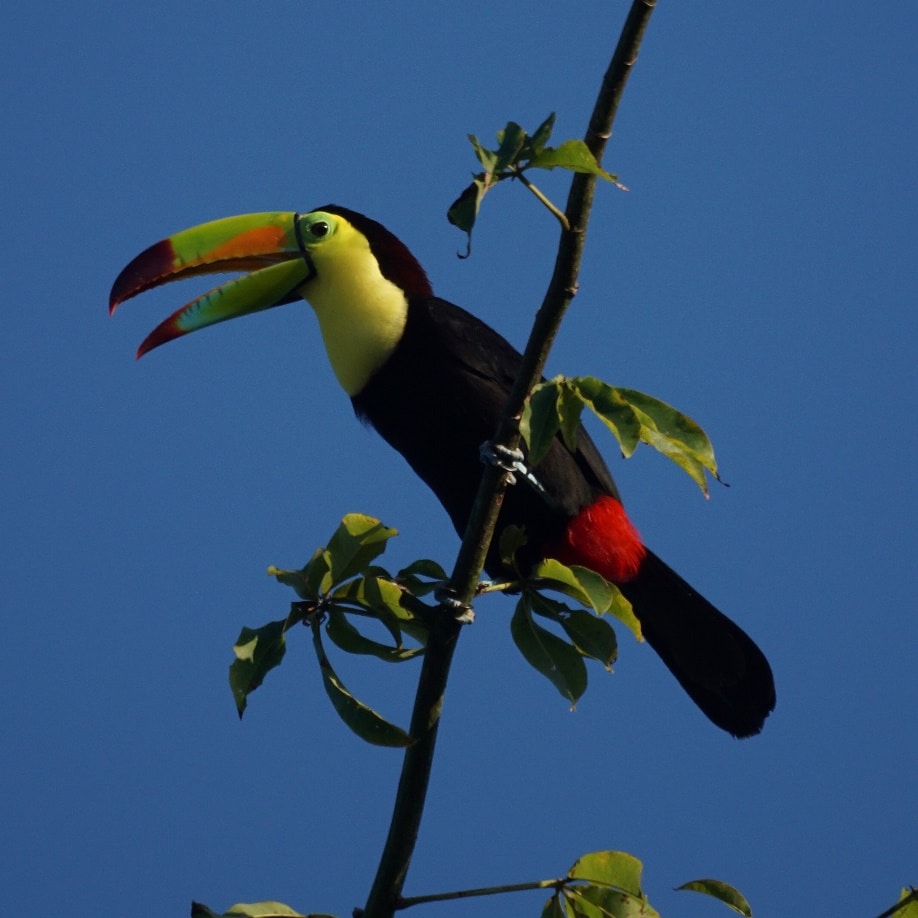 Even though the beak is almost as big as the toucan’s body, it’s really light as it’s made out of the same stuff as hair. That makes me feel a bit weird for some reason. Despite it being very lightweight, the toucan still prefers to hop about rather than fly. If you had wings, would you hop rather than fly? What a waste… 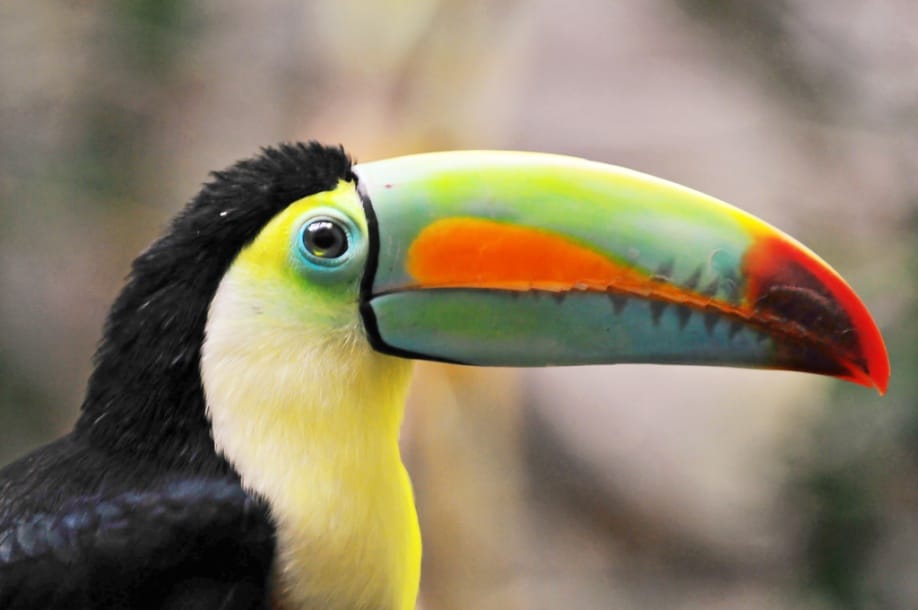 Just look at that beak! Credit: Tambako The Jaguar 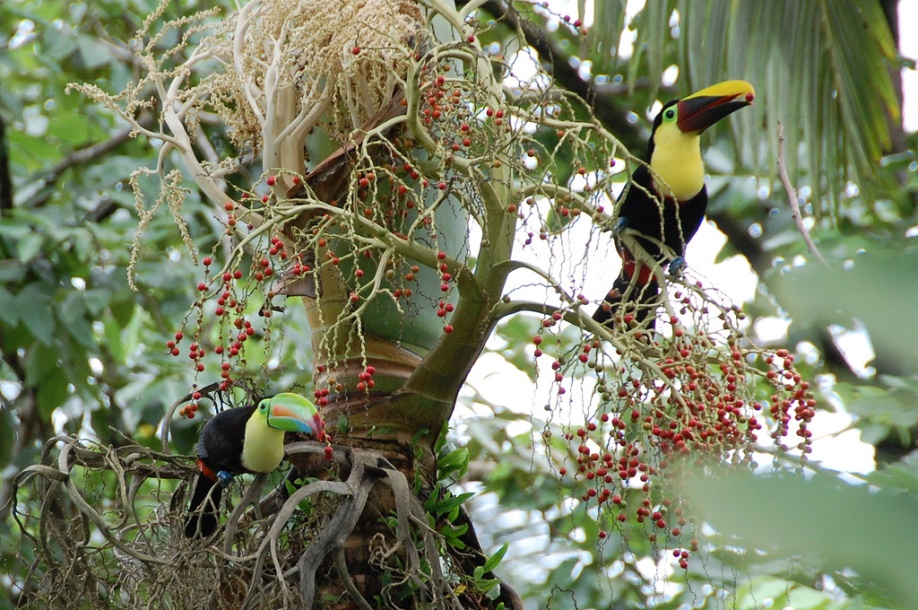 The toucan we feature on our ad is a keel-billed toucan named Shaun (I just named him that, just now.) The keel-billed toucan is the most colourful beaked toucan; it can be green, red, orange and/or yellow. Despite its main diet of fruits and berries (sounds like my mum), it can also snack on eggs, insects and lizards thanks to its dexterous bill (my mum doesn’t eat these things).

Where would I find such a bird? 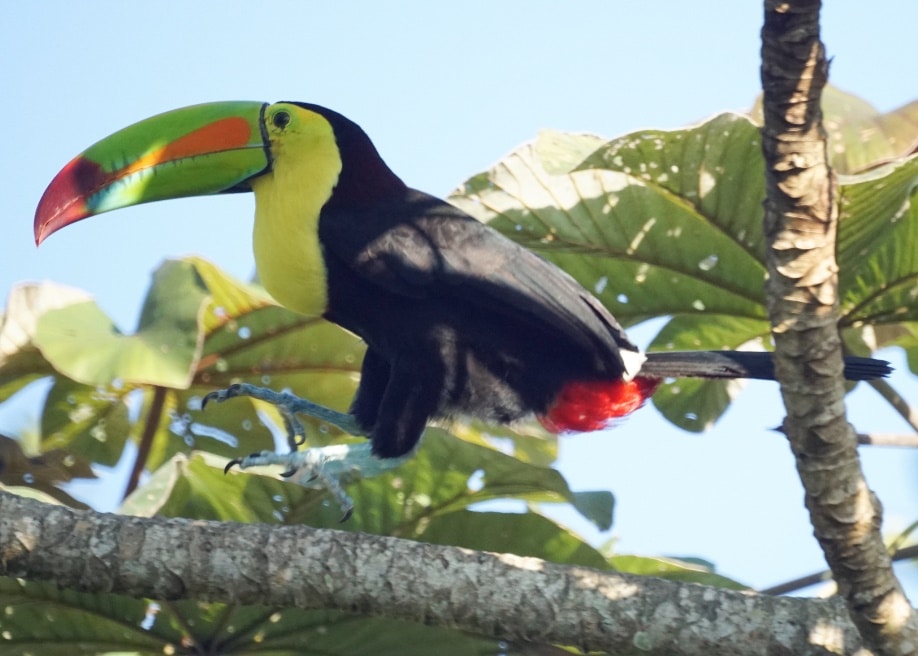 Our lad was filmed in Colombia. They are native to South America, in jungley areas. This explains why they hop more than fly; all the branches and trees get in the way of a good flight path. They make their homes in holes in trees where they live with their family. It can be a bit tight for space in a toucan’s home, so they tend to sleep with their bills tucked into their body. They’re very rarely seen on their own; they travel in flocks of between six and 15 mates. A toucan sounds like a really nice bird with a community spirit. 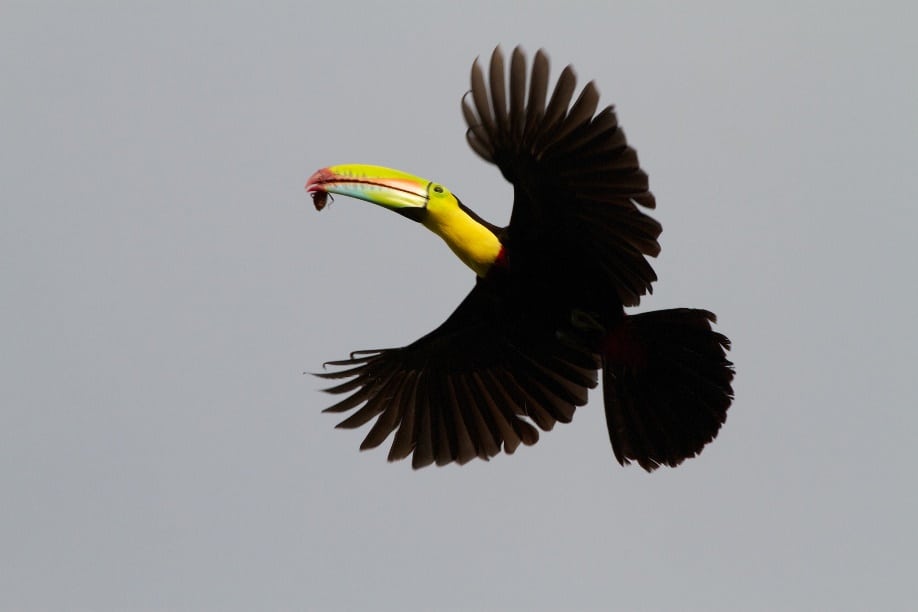 A toucan with a snack beetle. Credit: Brian Gratwicke

Show me a baby one, then!

I can show you two:

Lovely aren’t they? With such a melodic song. A lady toucan can lay between one and five eggs, at a time, in her tree hole. Her and her husband will take turns to incubate the eggs, then when they hatch both birds will feed and care for the chicks equally. What a modern set up!