I grew up in a small village, just outside of Southend-on-Sea. It’s a nice village; small and quiet, although not too far from a town. I knew a lot of people there as most of my family have lived there for many years, but I’d regularly see strangers who I’d never met or seen and they’d say things like “good morning, have a nice day!” I never quite got used to this, as I could never appreciate their greetings early in the morning.

Since I moved out, I’ve noticed that I’ve started saying “hello” to strangers, and smiling at them with intense eye contact early in the morning… but they never seem to do it back. In fact, I’ve realised I’ve never had a “good morning” outside of the village (I obviously do not travel far from home). This got me thinking, if greetings can change within a few miles of each other, what must they be like over the world? 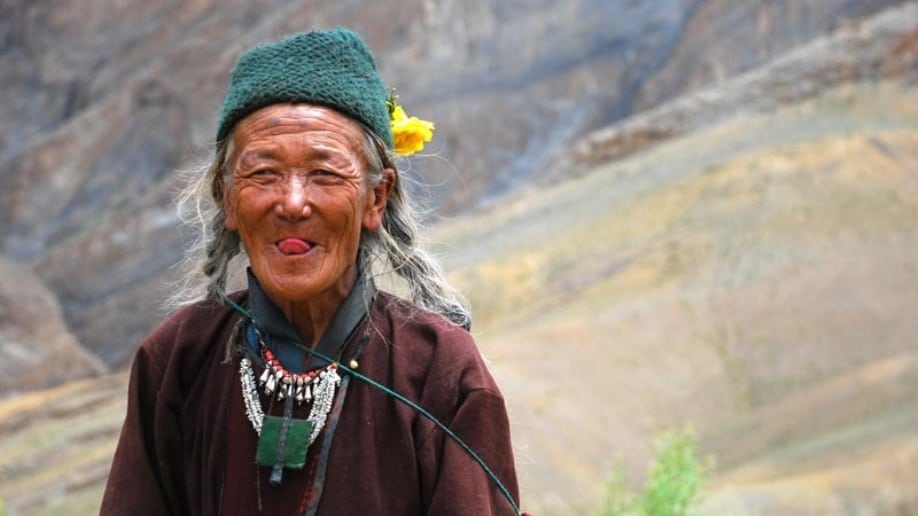 Remember when your parents used to tell you off and you’d stick your tongue out behind their backs? Well, in Tibet, that gesture has a totally different meaning.

While here you’d be put straight on the naughty step, in Tibet, it’s considered good manners. Sticking the tongue out reportedly dates back to the 9th century, when Lang Darma, an unpopular king with a black tongue, ruled the land. Once the disliked king passed away, many people believed that he would be reborn; therefore, Tibetans started sticking out their tongue to show that it was not black, and they were not the reincarnation of the evil king.

When a younger person greets an elder in the Philippines, it is customary to bow, hold the elder’s right hand, and press their knuckles against your forehead whilst saying “mano po”, which literally translates to “your hand, please”.

It is seen as a sign of respect, and is usually done when the elder is seen for the first time during the day, or when they enter the family home. By using this greeting, you are showing respect for your elder, and welcoming their wisdom. Although the greeting is usually practised on grandparents, uncles and aunties, it is not rude to greet a non-relative in this manner as long as there is a mutual respect, and you are 100% sure they are older than you… That could be embarrassing!

In France, it is normal to kiss people on the cheek as a polite hello. It can get a little confusing though, as the amount of kisses depends on what region in France you’re from. If you’re in the north, it’s two or four kisses, and in the south, it’s two or three. If you’re travelling in the western parts of France, don’t be surprised if you get as many as five. Confusing, right?

Here’s an odd but interesting one. In Tuvalu, it is normal to greet your family members by intensively sniffing them. I told you it was odd… and interesting.

Your face will be touching your relatives and you sniff, very deeply. You would do everything in your power to avoid the smelly relative, though, wouldn’t you? The gesture is also used when someone is leaving or arriving on the island (hopefully not after a really long, hot flight), to welcome back a friend after they have been away for some time, and it is also used as an affectionate way to greet a child.