Home » Blog » 5 truly bizarre festivals from around the world

When you think of festivals, what comes to mind? What comes to my mind is mud, drunks and unfortunate smells. But it doesn’t have to be like that! Throughout the world, there are some really strange (non-musical) festivals and celebrations… Spain, I’m looking at you! I could have written a whole, separate post about their festivals, but then I wouldn’t have got to share these with you!

This festival is probably the least “authentic” of all the festivals here. By that, I mean it doesn’t have a long and winding history; it was set up solely for the purposes of encouraging tourists. That, of course, doesn’t bother the monkeys – they love a good spread regardless of the occasion! 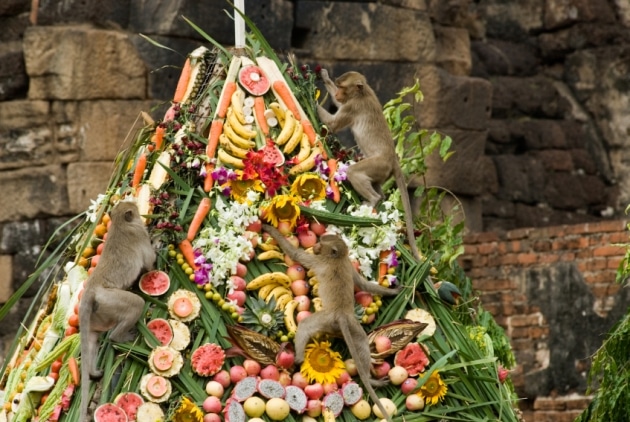 The long-tailed macaques are always a hit with the tourists in Lopburi, so every year, on the last Saturday in November, the monkeys (and the tourists) get a treat to say thank you. Locals set up tables of food laden with sweets, soft drinks, fruit and other monkey favourites, sometimes even encasing the food in blocks of ice so the little scamps have to work for their dinner! 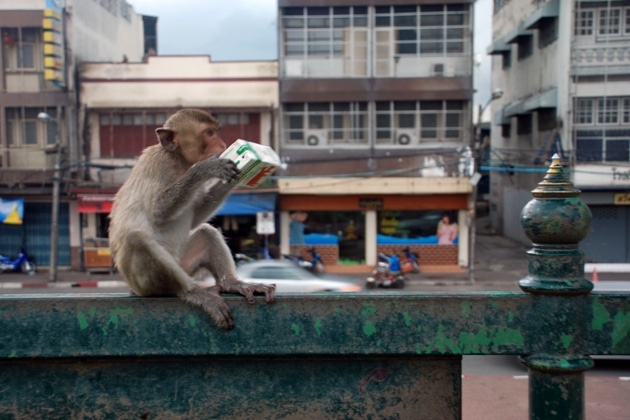 There are even special monkey statues that come out for the occasion – monkeys dressed-up in fancy dress holding out trays for the food to be put on. (These look a little creepy to me, but they don’t seem to put the monkeys off!) If you fancy going to see this spectacle, beware… Monkeys are mischievous at the best of times, let alone when they are pumped up on sugar and e-numbers! Keep your possessions safe; they will definitely try to take them!

The Räbechilbi Turnip Festival is held on the second Saturday in November every year in the town of Ricterswill, on Lake Zurich. The festival marks the season change from autumn to winter. The reason the humble turnip is so revered is because – so legend says – they were used as lanterns in the 19th century. Farmers wives used them to make their way back from church during the harsh cold and dark winters.

Nowadays, the town (the whole town – from school children to OAPs) starts to prepare around 26 tonnes of turnips for the festival a few days beforehand. The turnips are hollowed-out and carved to make lanterns, in the way that pumpkins are at Halloween. These decorate the entire town, from homes to public buildings.

There are also turnip floats, that pass through the town in a spectacular procession. Turnips are lit-up and made into flowers, temples, animals, even a portrait of the Swiss football coach! I’m not a great fan of turnips on the plate, but these, I like!

The festival of near death experiences | As Neves, Spain

What did I tell you about the Spanish and their festivals? This sounds weird, very weird… And creepy, very creepy… However, when you really think about it, it makes sense; it’s about being thankful for still being alive!

Every year, at the end of July, anyone who has had a near death experience hops into an open coffin (shutting it would be going too far) and is carried by their potential pall-bearers in a procession to the local church. If you don’t have enough pall-bearers, you must carry the coffin yourself. What a horrible festival it is for you if that is the case! Not only did you nearly die, you didn’t even have enough friends to carry your dead body!

Once they get to the church of Santa Marta De Ribarteme, mass is read out over a loud speaker to the whole village and offerings are laid at the shrine of the virgin Santa Marta, who is the patron saint of resurrection. After that, a large statue of Santa Marta is brought out which leads the procession back out again. It really isn’t as morbid as it sounds. There are brass bands playing, fireworks, souvenir stalls, food, drink and a party that goes on all night!

The carnival of Binche | Binche, Belgium

I would really like to fully explain this festival. But I can’t. As far as I can tell, this centuries-old celebration is held to ward off evil spirits, but why they do the things they do is beyond me! 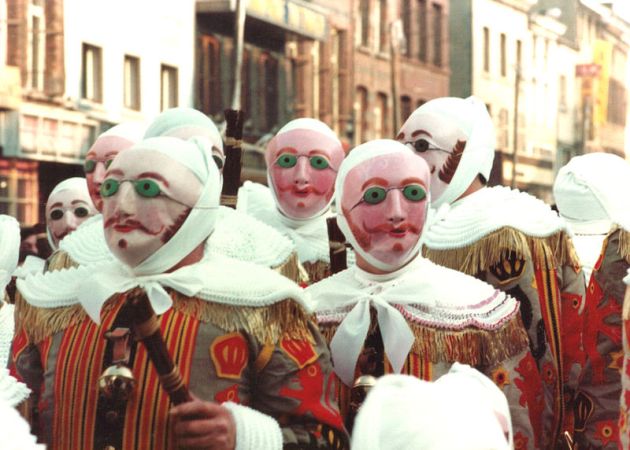 The preparations for the Binche carnival/festival start months before its climax on Shrove Tuesday. On Shrove Tuesday, around 1,000 local males, from age three upwards, get dressed-up in bizarre and scary-looking masks and wooden shoes. They gather in the centre of the town at dawn and dance to the beat of drums, waving and shaking their sticks to ward off the evil spirits. Later on, they start to march through the town, pelting the crowd with oranges. Yes, it is as aggressive at it sounds. Prepare to be bruised! Some local people even board up their windows, having had previous experience with wayward oranges. 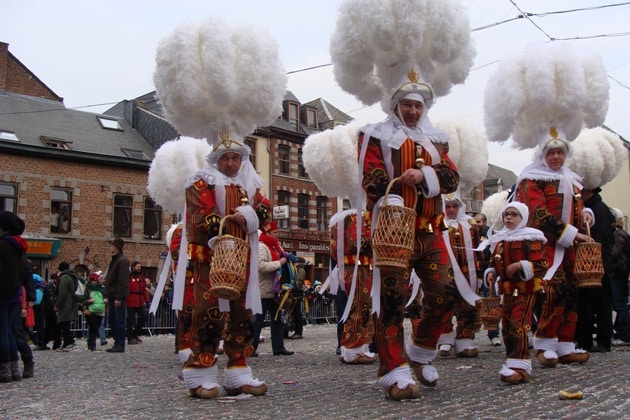 However, being hit with an orange is actually considered good luck, and you are not to throw them back to the Gilles (as the dressed-up males are known). It may sound comical but the people of Binche actually take this tradition very seriously. There are many rules that must be adhered to, and becoming a Gille is something many aspire to!

Being cheated on… it’s not pleasant. For some, they may even consider it to be humiliating. Well, why not just add to that humiliation by donning a large pair of horns and parading round the town?

If you’re planning on checking any of these festivals out, don’t forget to set up travel insurance before you leave.