Are you wearing a Christmas jumper today? If not, then it’s more than likely you’ll be cajoled into it shortly, for Christmas jumpers have become a bit of a “thing” in recent years. And when I say “thing”, I mean a positive thing, which leads me to think there’ll be a festive jumper backlash coming soon – Brits do like to be contrary.

In fact, this is what got us into this state in the first place. Christmas jumpers used to be a dreaded gift from elderly relatives. But in a bid to be different, or ironic, people started to embrace their knitwear and now try to outdo each other in the tacky stakes.

But Christmas jumpers weren’t always tacky. Arguably, the original Christmas jumper was from Fair Isle, one of the Shetland Islands, which gave its name to the knitting technique used. 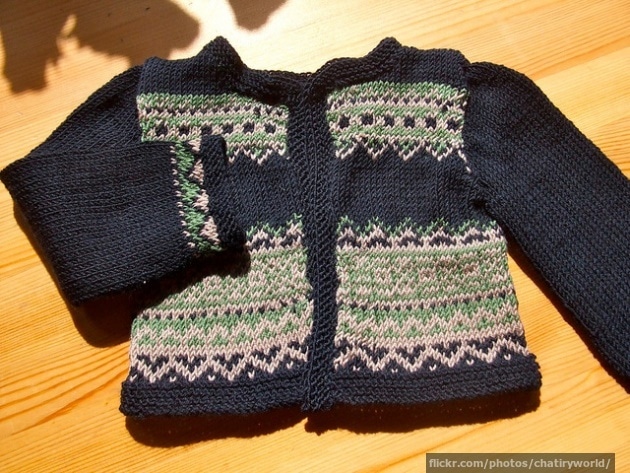 A Fair Isle jumper is a lovely warm item, made using a traditional knitting technique which uses a limited number of colours, and only two colours per row (sometimes making a reindeer pattern). Fair Isle knits really grew in popularity in 1921 when Edward VIII wore one in public. As their popularity grew, the term Fair Isle started to be applied more generally, and incorrectly, to jumpers that had stripy (and increasingly Christmassy) style patterns, and were made, not out of wool, but of seemingly highly flammable materials. 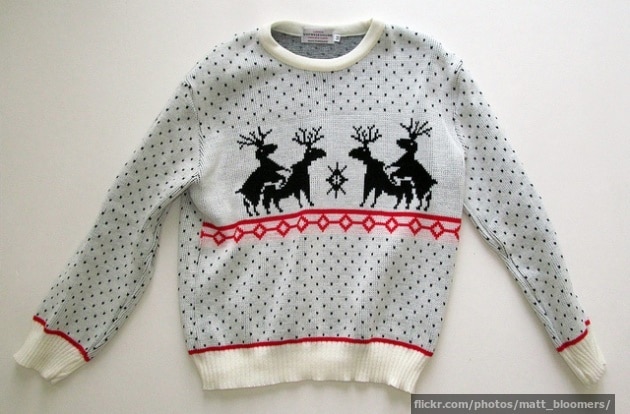 Give me a Fair Isle jumper any day over a giant knitted pudding on my chest, or an overly cheery elderly man on my jumper. Let’s just take a moment to consider how weird Santa sweaters are… 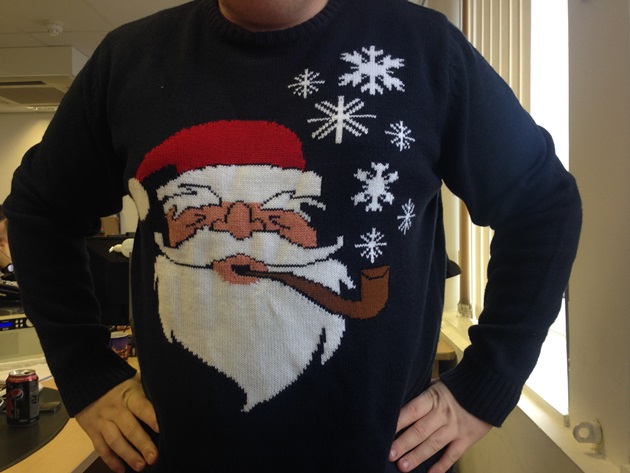 So if you are going to wear a Christmas jumper this year, go traditional! Or get ahead of the impending backlash and go for something from one of these countries: 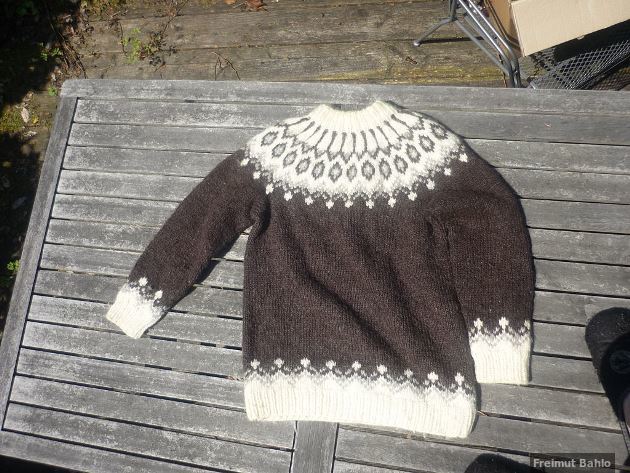 Lopapeysa is an Icelandic style of knitted jumper that originated in the 1950s. Its characteristics are its fluffiness (it’s made from Icelandic sheep’s wool and it’s not spun, so the yarn contains more air, which makes it more insulating than other wool jumpers) and the “yoke” design, which is a large decorative circle around the neck opening. 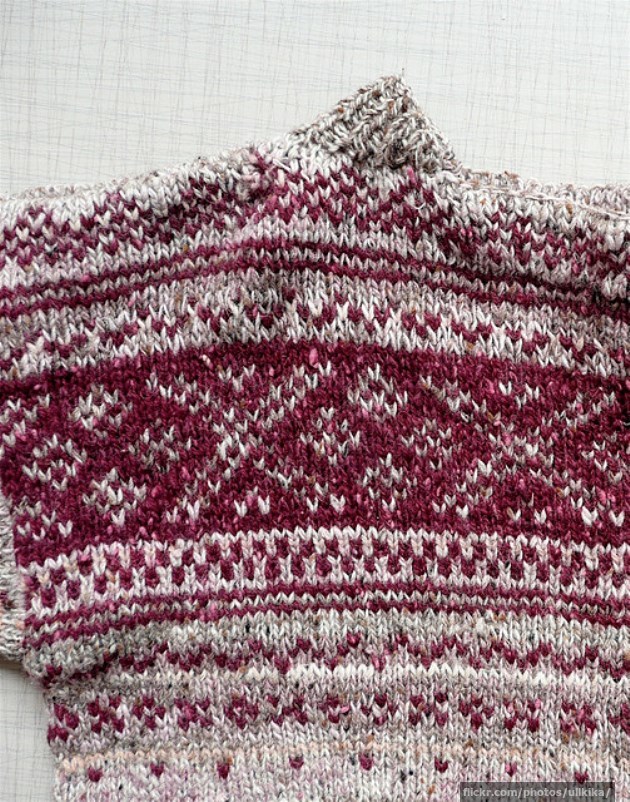 The Norwegians have a long and proud knitting history. They even have a knitting museum there that holds a piece of knitted material from around 1476. I assume their techniques have improved since then. Being almost midway between the UK and Norway, it’s not surprising that Fair Isle knits have many similarities to Norwegian designs. Think how smug you can be when someone compliments your Fair Isle – “No, actually this is a Norwegian knit.” 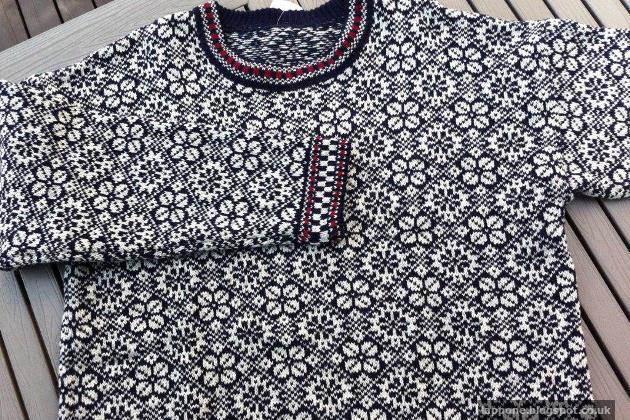 A traditional Estonian jumper will probably feature a tight, geometric pattern in two colours. Whilst doing my research on this subject I learnt that a real hand-knitted (rather than machine-knitted) jumper is becoming quite a rarity these days… More of a reason to try and get one! You will be so different and cultural. Plus, I think they look really nice.