The more I learn about Spain and its customs, the more questions I have. Whilst talking about Pancake Day and Ash Wednesday to my Spanish boyfriend, he exclaimed, “Oh! Yes, I know. When you bury the sardine!”

And so began my questions. 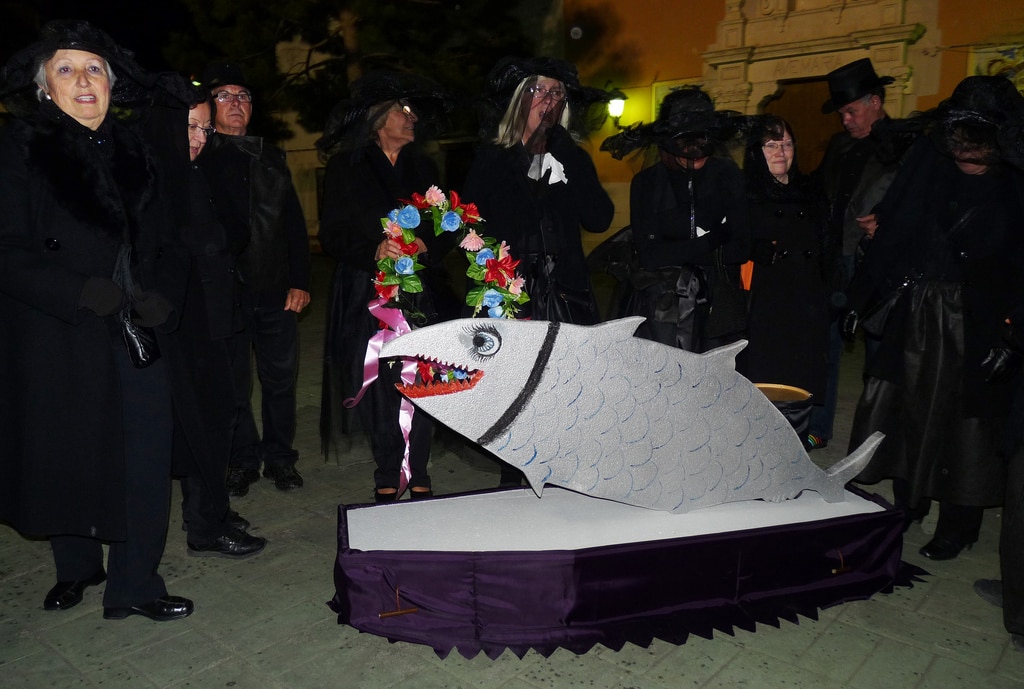 As far as I can tell, the burial of the sardine (entierro del la sardine) is a big parade in two places in Spain – Madrid and Murcia. It takes place on Ash Wednesday, at the end of carnival season and at the start of Lent. 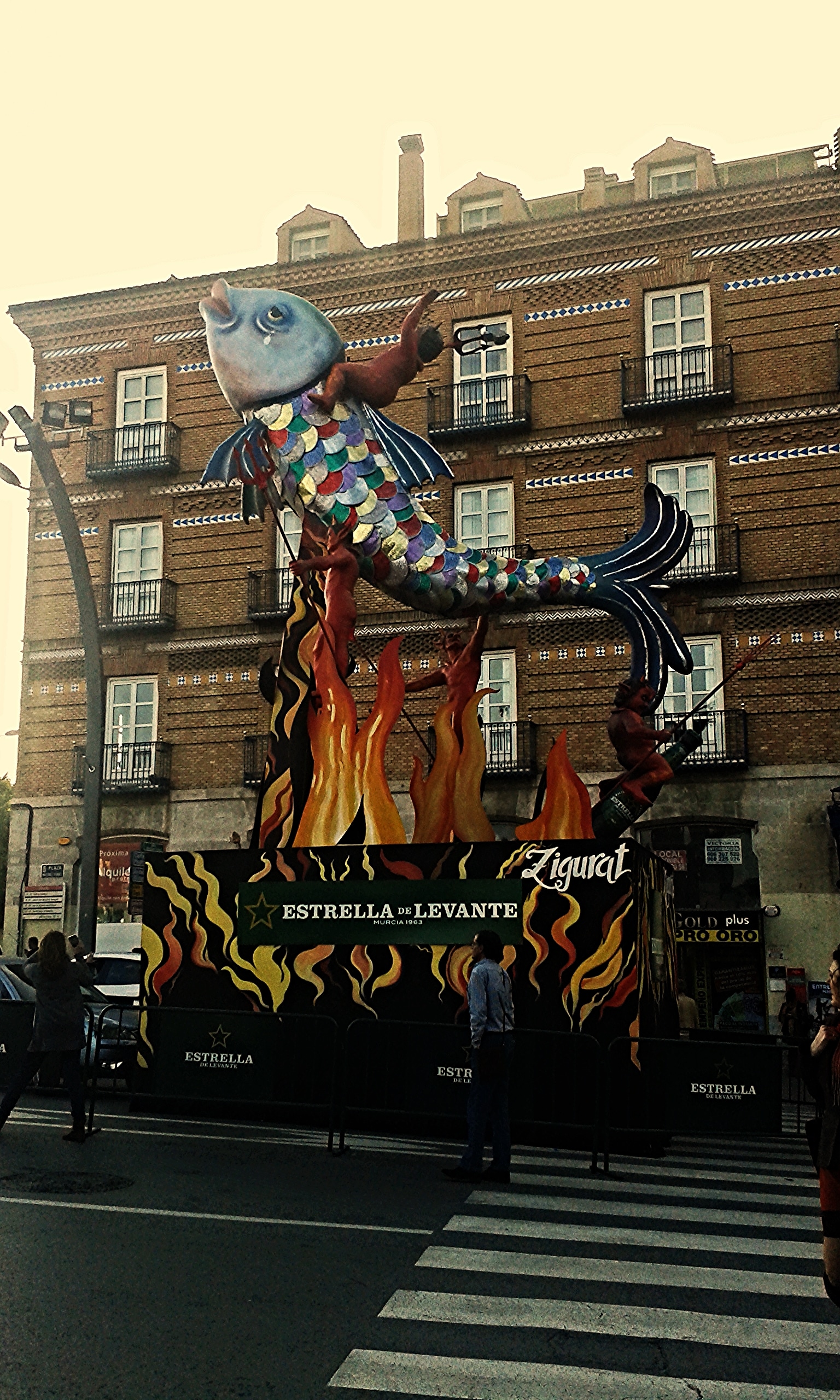 The parade consists of “mourners” dressed all in black, who carry a large fake sardine through the streets whilst mock-weeping and wailing. The fish looks to be made out of papier-mâché and is often in a coffin, or appears to be leaping out of a coffin. It also seems quite a glamorous fish, to my eye. 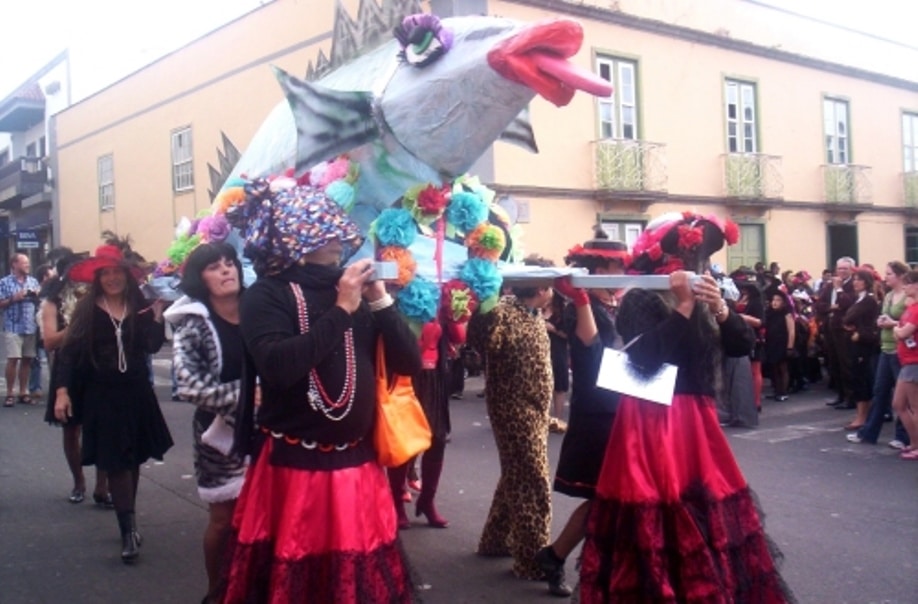 Along the route, the mourners stop off in various bars to enjoy wine and tapas until they get to the fish’s “burial” ground, where they light torches and burn the fish. Then they carry on eating and drinking until the early hours of the morning. 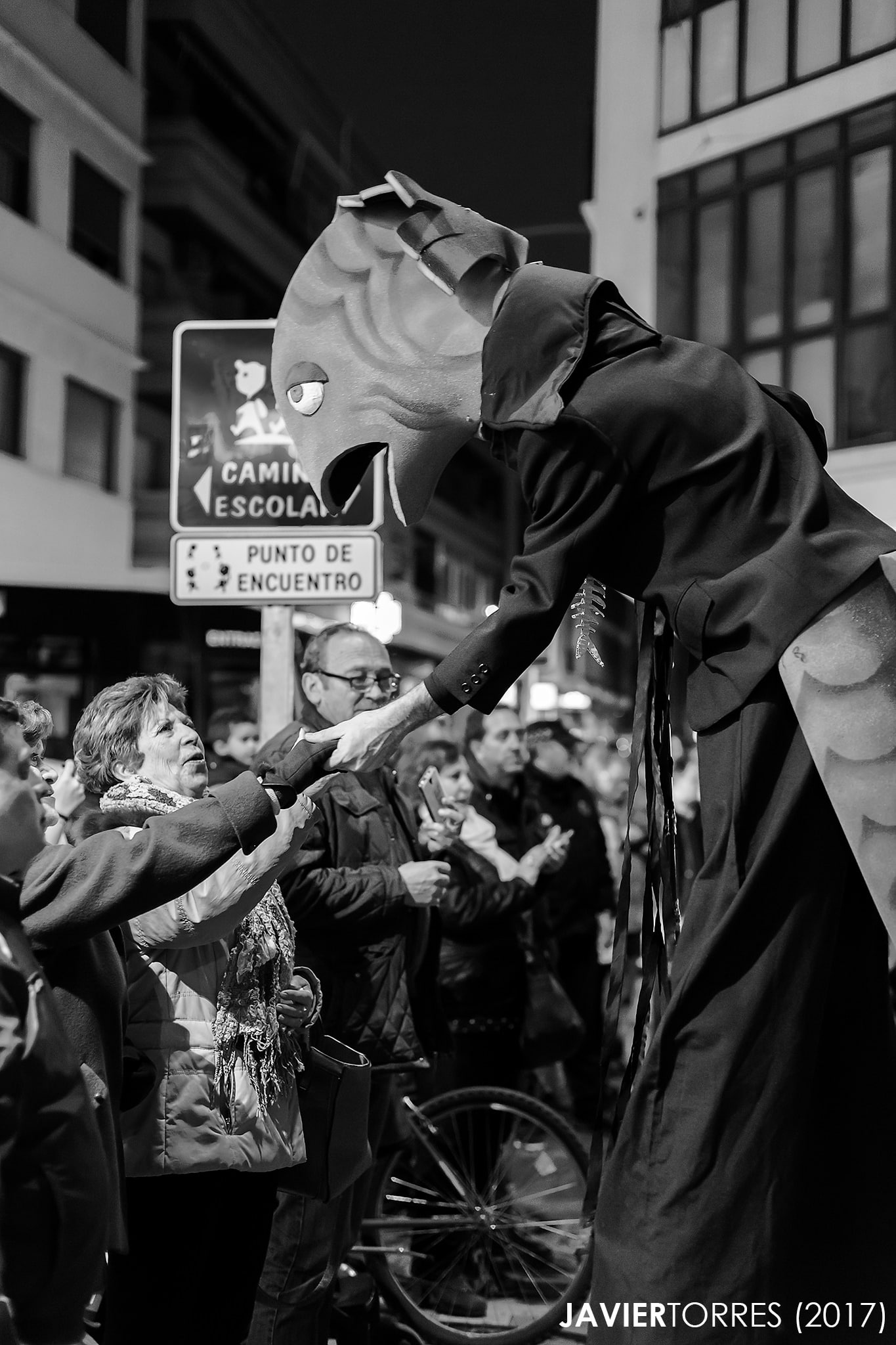 Credit: The Whisperer of the Shadows (CC BY-ND 2.0)

It’s thought the festival in Murcia dates back to 1850 when a group of students saw the sardine festival in Madrid (well, where did that festival come from then?!) and decided they wanted a bit of that fishy fun. They formed a society that was presided over by a sardine and started entertaining people in the streets in the days before the parade began. They even read out a last will and testament of Lady Sardine from the balcony of the town hall. Very often this involves a humorous comment on current political and social events. Apparently, the sardine represents the excess of the carnival season and once it’s burnt indicates the rebirth of society.

I must admit, this whole thing sounds very entertaining. However, I still have some questions:

If anyone can enlighten me, please do. I won’t rest easy until I know the answers.