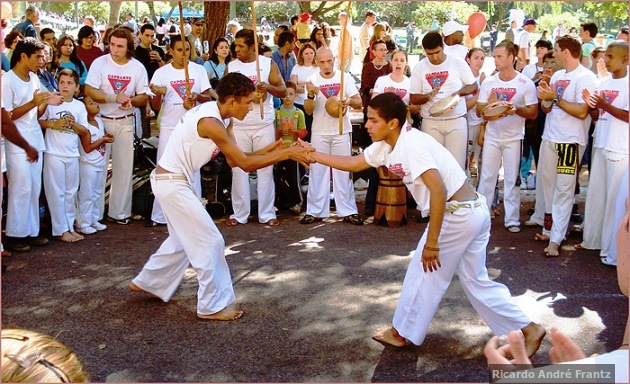 As anyone who’s seen the video for Smooth Criminal knows, the line between dancing and fighting can occasionally become blurred – violent scenes in action movies are sometimes described as balletic, for example, and it’s impossible to “mosh” to heavy metal without someone getting a bloody nose. However, nowhere is the boundary between a boogie and a beating as unclear as it is in capoeira.

Often called a martial art, or even a game, capoeira is mostly dance. Typically, those involved (the capoeiristas) form a circle called a roda with two people in the middle. Then the music begins and it’s the rhythm of this that determines the style and tempo of the dance – just as the rhythm of the music should determine the style and tempo of any other dance (a fact that doesn’t seem to have registered with my dad, whose dancing can most kindly be described as “improvisational”). 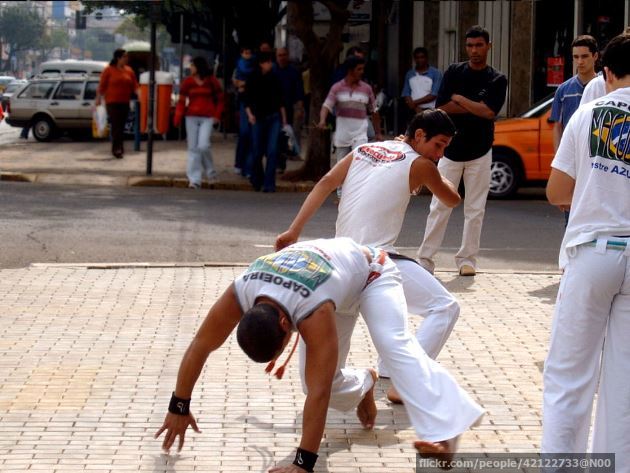 Although most displays feature very little (if any) physical contact, capoeira did begin as a fighting style. It was invented by slaves who, to avoid detection, deliberately disguised their violent intentions as a dance – they had to; learning any kind of self defence was forbidden and punishment could be severe. With the invention of capoeira, the slaves could pretend to be having a little dance-off, when really they were busy practicing how to kick someone in the face.