Home » Blog » Children’s toys from around the world

Home » Blog » Children’s toys from around the world

In the olden days, children used to play outside, in the mud, with a stick. I’m not saying things were better then, because they obviously weren’t – today’s lucky kids have got computer games, robot dogs and all kinds of other plastic wonderfulness. Of course, they can still go outside if they want, but if they do it’ll be riding on a little electric quadbike.

Around the world, hundreds of new toys are released every year. Most of these will quickly disappear from the shelves and be forgotten about, but one or two might go on to become a worldwide success. Here we’ll take a look at five of the planet’s most popular toys, and try to work out if they can tell us anything about their country of origin… 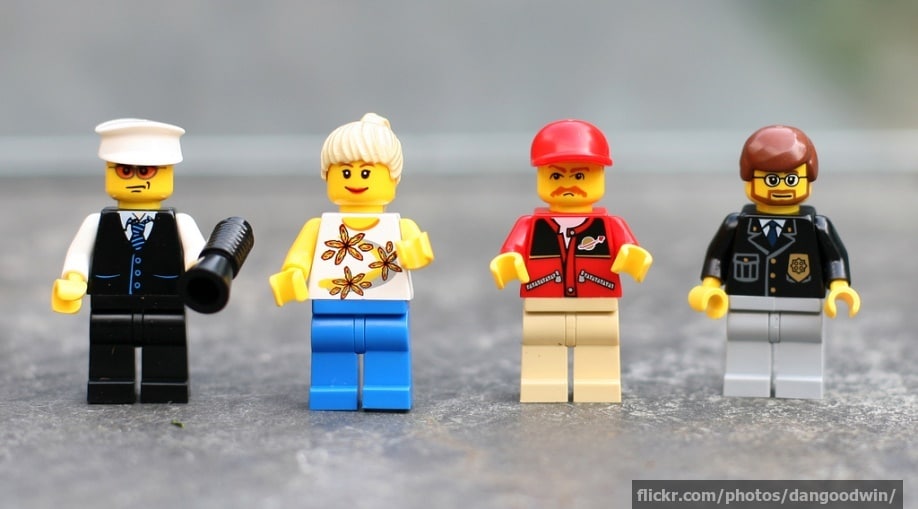 Lego – Denmark‘s famous building toy and barefoot torture device – has been popular with children for over 50 years (and, judging by the number of minifigures on some of the desks in our office, pretty popular with adults too). The Lego group is now the world’s biggest toy company and has produced around 80 bricks for every person on the planet. 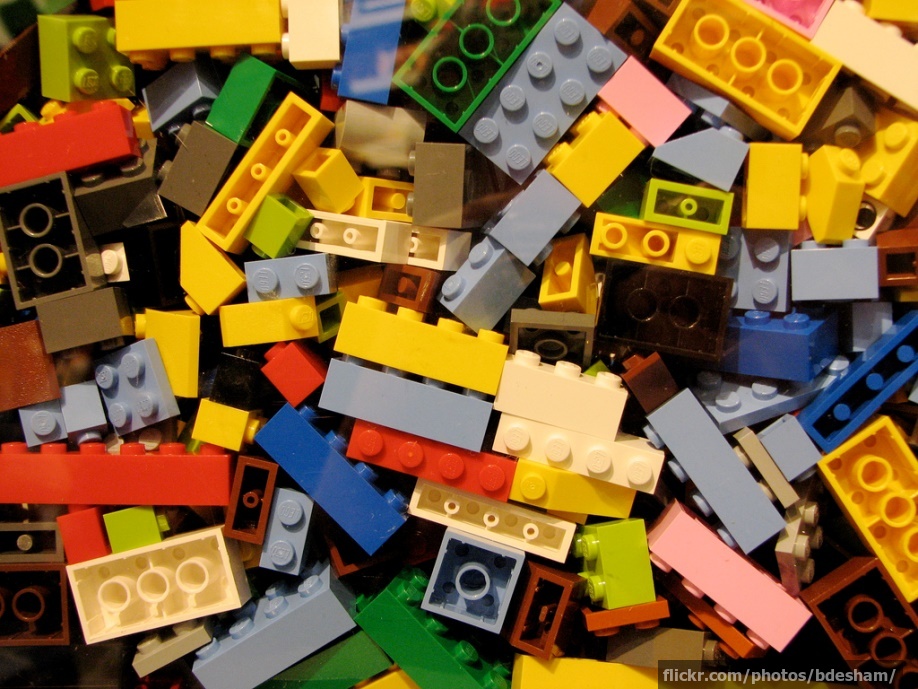 The Lego company began making wooden toys in 1932 but didn’t produce any plastic bricks until 1947. An animated film called ‘The Lego story’ was made to celebrate the 80th anniversary of the company – in it, viewers learned about Lego founder Ole Kirk Christiansen and his struggle to build a successful business. I’m sure it was very interesting, but perhaps slightly less fun than the more recent Lego movie.

Like a complex Lego set, people in Denmark have built a strong, happy society. Some of the bricks may be different shapes, but they all interlock together and each one is necessary to make the whole thing work. Unfortunately, bricks from manufacturers other than Lego do not fit in and can never be part of the set. 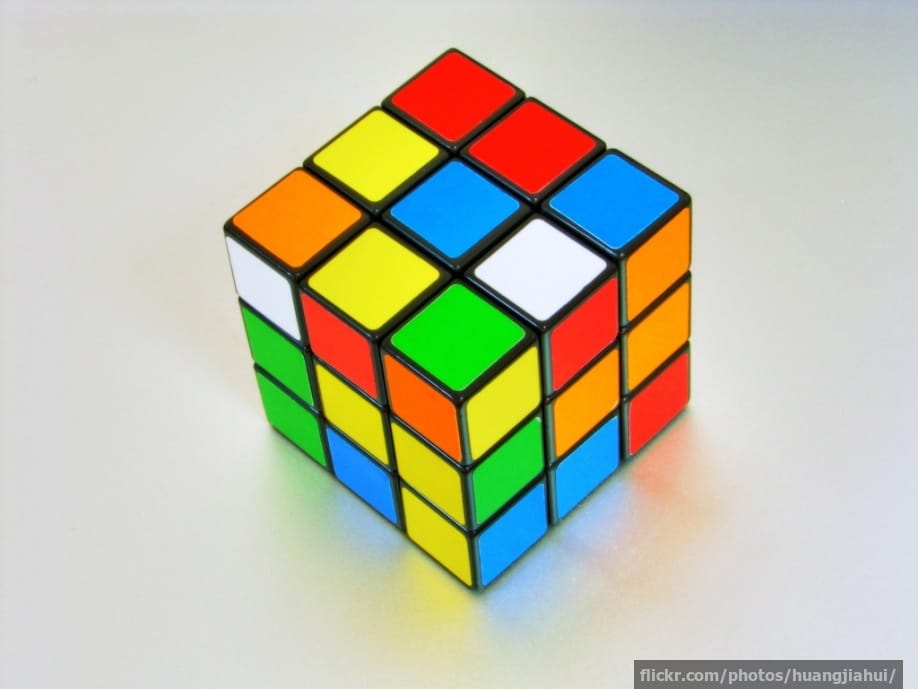 Hungary has a history of world-changing inventions – they came up with the biro. In 1936, Hungary invented the first plasma TV so, in entertainment terms, Rubik’s cube was a bit of a step backwards. Nevertheless, the little, six-coloured cube really caught on and became one of the most recognisable toys of the 1980s. 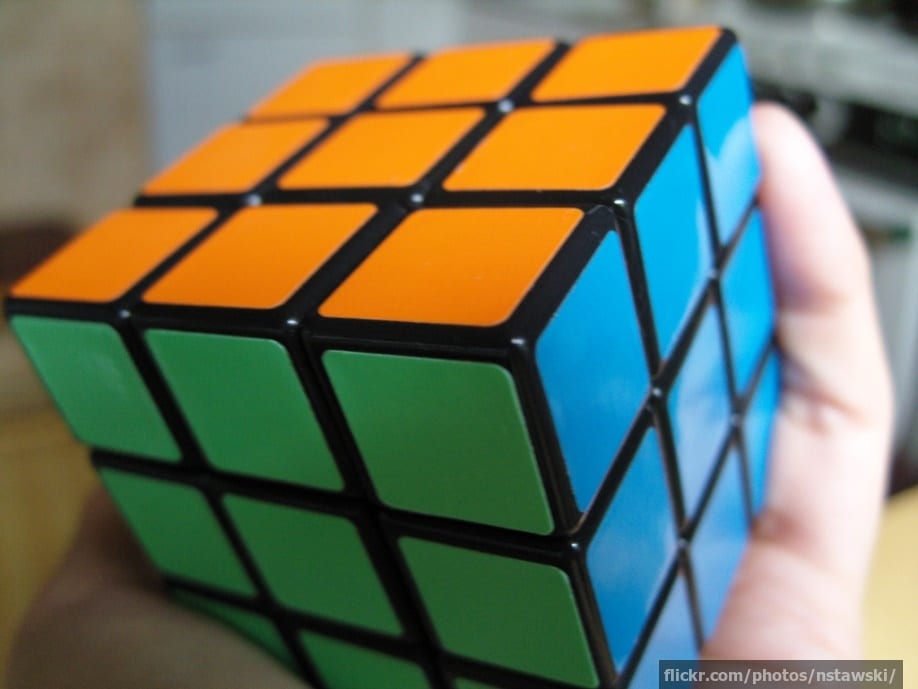 It’s possible to take a Rubik’s cube apart and put it back together with all the colours matching (a process known as “cheating”) – it’s an effective technique, but one that’s banned by the World Cube Association. The association apparently believes that solving the cube is so easy that they’ve had to put bizarre obstacles in the players’ way; official events include solving the puzzle while blindfolded or solving it just using your feet. As far as I know, they don’t have an event for trying to solve a Rubik’s cube that’s had its stickers rearranged by a frustrated six year old. 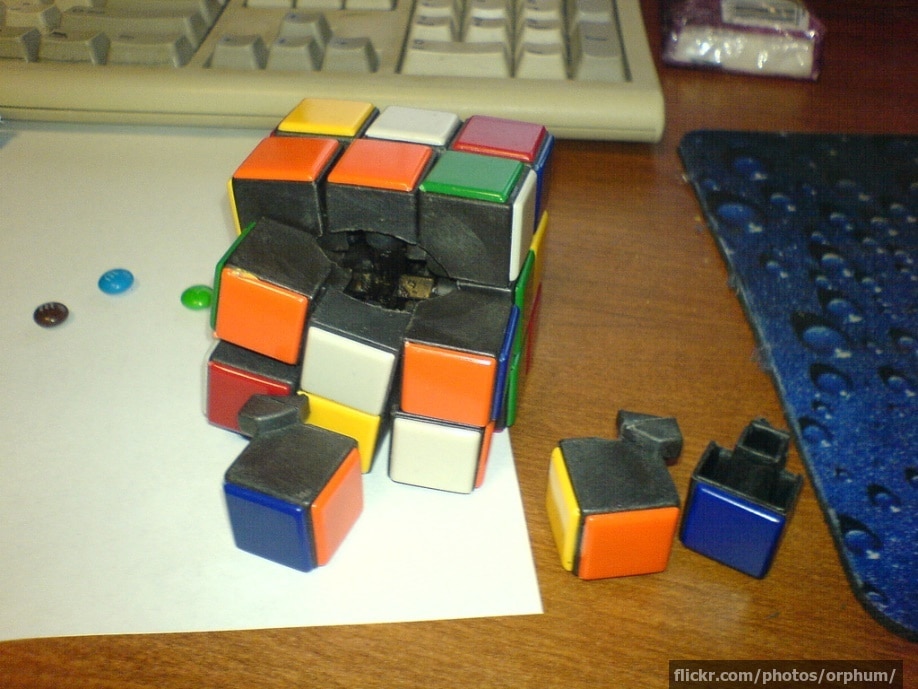 The record for the quickest time taken to solve a Rubik’s cube is 3.25 seconds, held by a robot called CubeStormer 3. Despite the exciting name CubeStormer 3 is actually just a Lego robot, powered by a smartphone, which must be embarrassing for all the human players it has beaten – I mean, it’s not exactly Kasparov versus Deep Blue, is it? 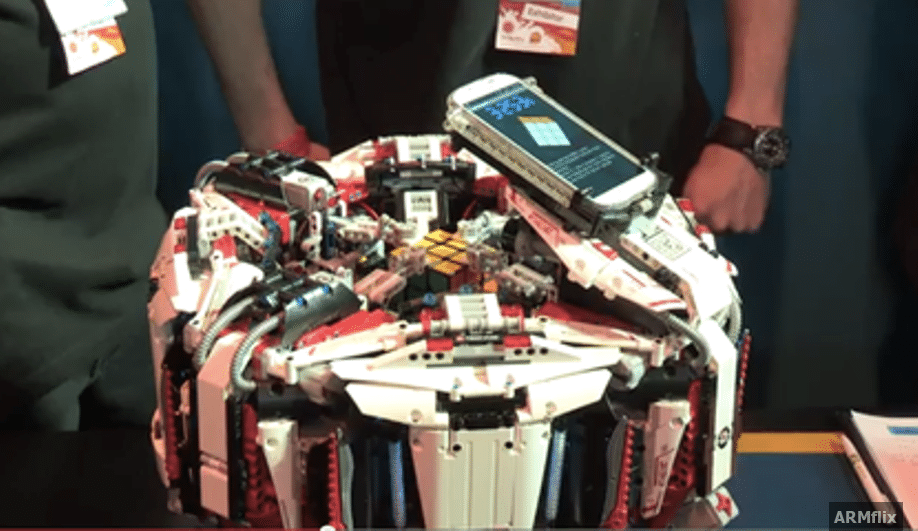 It’s not clear if the invention of the Rubik’s cube says anything about Hungary in the 1980s. There may be some kind of point to be made about the complex, interlocking pieces representing the country’s unusual mix of free-market elements in a socialist command economy, but I don’t know what it is. 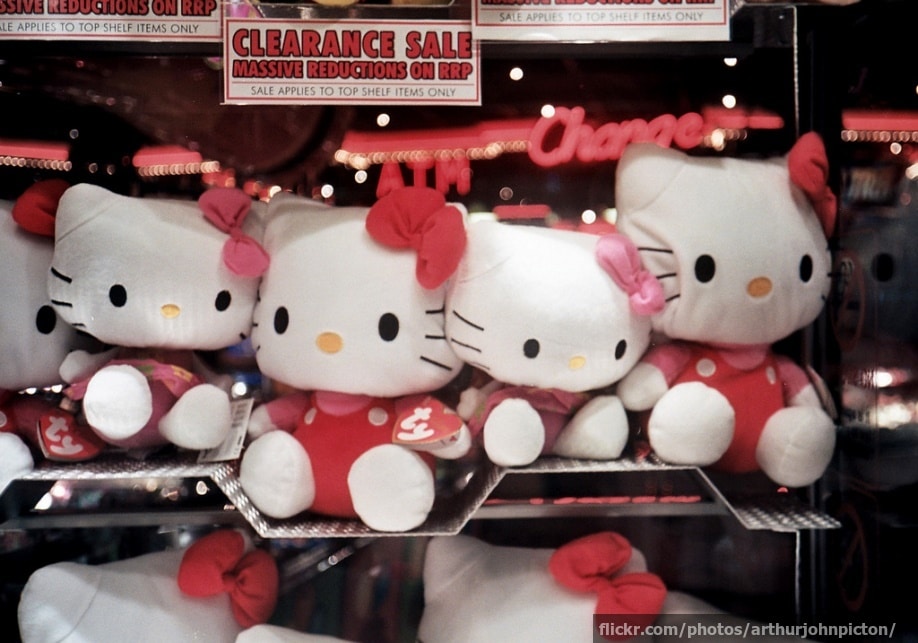 I know it’s not really aimed at me, but I just don’t understand Hello Kitty. Is the character’s name Hello Kitty or are we, the audience, supposed to be saying “hello” to the cat? And how is it possible, even in the Hello Kitty universe, that a white cat can have a pet that’s a white cat? Also, why doesn’t Hello Kitty have a mouth? 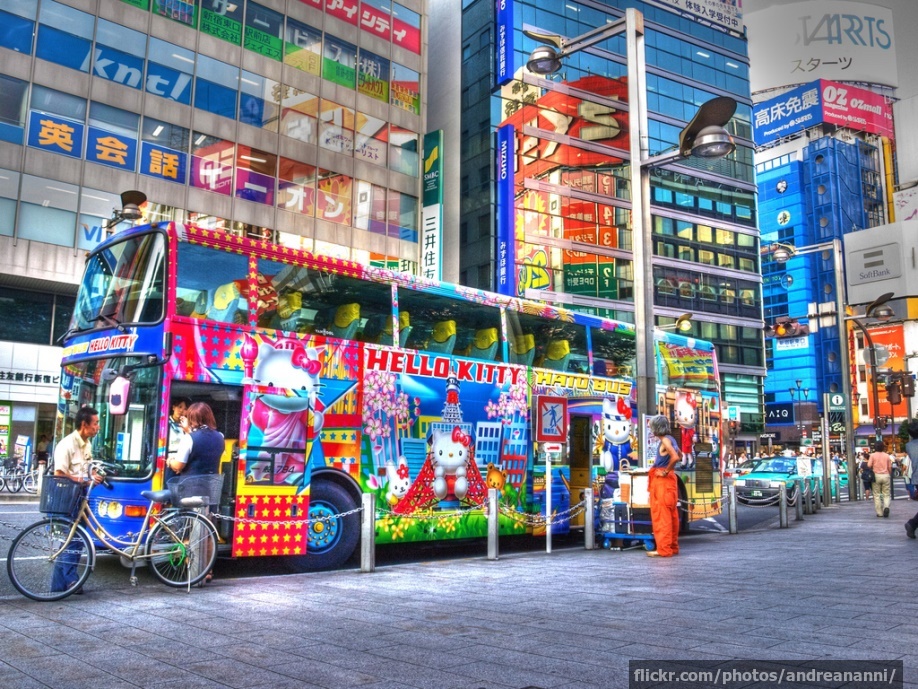 If you think Hello Kitty is cute, it might be because that’s what you’re supposed to think. Japan‘s Sanrio Co. Ltd realised that they could make bigger profits by adding cute pictures to their products and, in 1974, Hello Kitty was commissioned as one of these. Awww… what a sweet story! Today the image can be found on almost anything – from a Hello Kitty-themed debit card to a Hello Kitty-themed maternity hospital.

She may be a crude marketing tool, but Hello Kitty is still Japan’s third favourite cartoon character (behind a Pokémon and a character with a bread roll for a head). It’s easy to see why the character is so popular – Japanese culture has an appreciation for cuteness (or “kawaii”) and doesn’t necessarily see it as something childish. Hello Kitty having an English-sounding name may also play a part (and the character is supposed to be from London). In Japan, the English language is seen as quite cool and trendy, and people will happily wear clothes with a seemingly random jumble of words on them (whereas, over here, you’d never get people wearing clothes with unknown Japanese writing on). 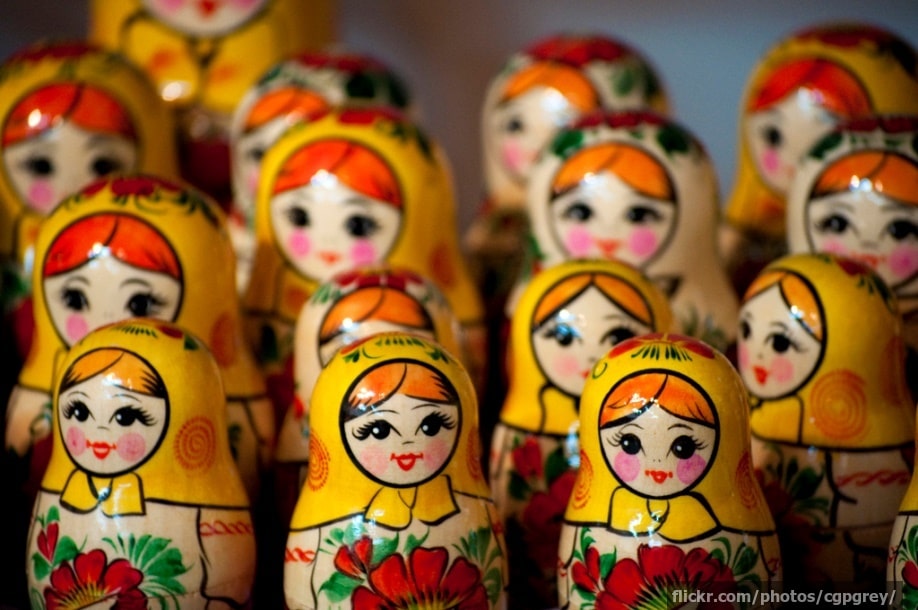 Sometimes called Russian dolls, or simply nesting dolls, the first known set of Matryoshkas were carved in 1890 (which, if it’s not a strange thing to say, seems surprisingly recent). While the number of dolls is not fixed, each set needs to be carved from the same piece of wood – this ensures that the dolls will react to temperature/moisture changes at the same rate. The largest set, made in 1970 to mark Lenin’s birthday, was a metre high and contained 72 pieces. 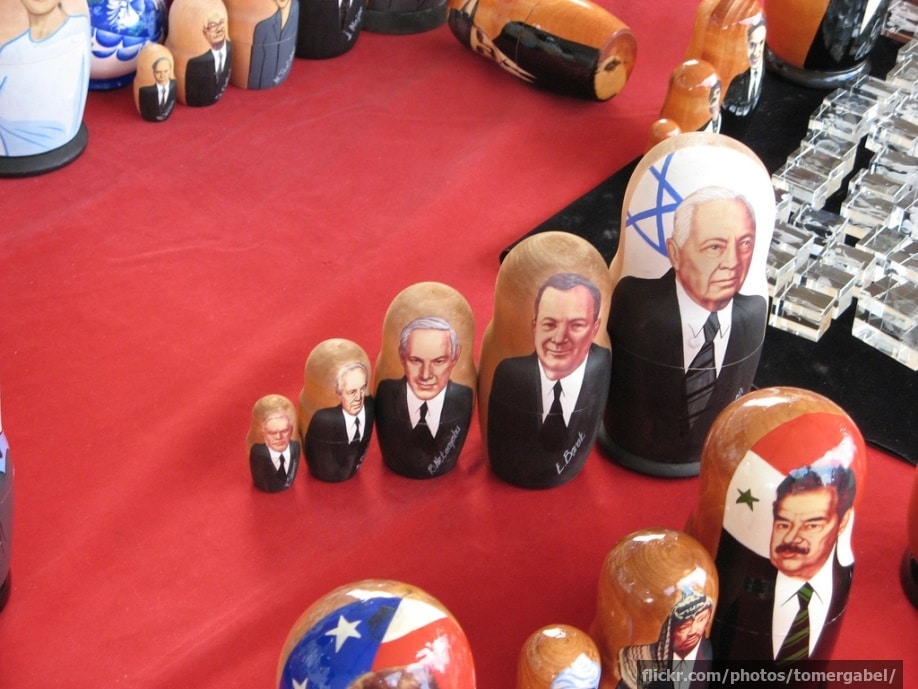 I’m not sure what we can learn from Matryoshka dolls, but the sets painted to show Soviet and Russian leaders are undoubtedly making some kind of satirical point. A doll of Medvedev with a little wooden Putin hiding inside, for example, probably doesn’t need much explanation.

The Game of Life | USA 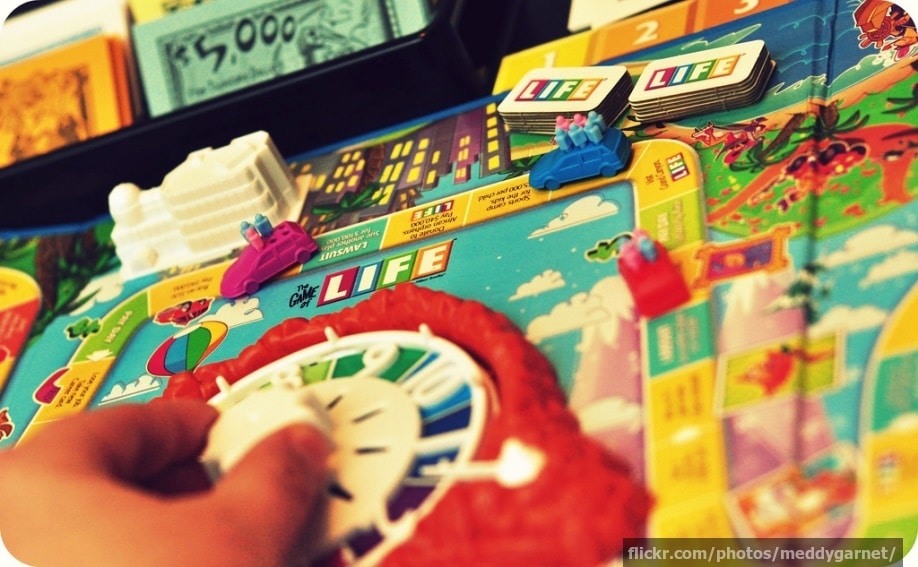 It’s difficult to understand the popularity of The Game of Life. Does anyone really find their life so interesting that they want to repeat aspects of it in extremely basic, boardgame form? I can’t imagine why someone would choose to spend their free time pretending to get a job and pay taxes; it’s boring. I don’t really see the appeal of all those games with dwarves and wizards either, but at least the people playing them get a break from their normal life, rather than just role-playing an average, middle-class existence. Anyway, tedious concept or not, The Game of Life was invented in 1860 and is still being played today.

The goal of The Game of Life is simply to make as much money as possible, and it’s easy to see how this fits in with (a cynical view of) American values. In the game, whoever accumulates the most cash wins; there are no points awarded for having fun or being nice to people. In fact, if your competitors/fellow human beings lose their job and go bankrupt, that’s a good thing – it increases your chance of winning the “game”. Of course, this is all just for fun – The Game of Life (and America’s other big boardgame, Monopoly) are timeless family favourites, not sinister pieces of capitalist propaganda…