Egypt has fascinated people throughout history. From the Greeks and Romans, to Napoleon and Victorian explorers. Even the Nazis in World War 2 were intrigued by this amazing country (until Indy put a stop to that). Today, millions of tourists flock to the beautiful country, and certainly its role in mankind’s history cannot be underplayed.

Just like the Greeks, I think it’s always interesting to look into a culture’s gods and myths for an insight into the civilisation itself. (Despite having so many gods, they don’t seem to have one dedicated to travel insurance) So let’s start by taking a look at the Big Cheese, the one in charge. The problem is that this changed depending on which era you’re talking about. But the two most prominent rulers of the gods were probably Ra and Isis. 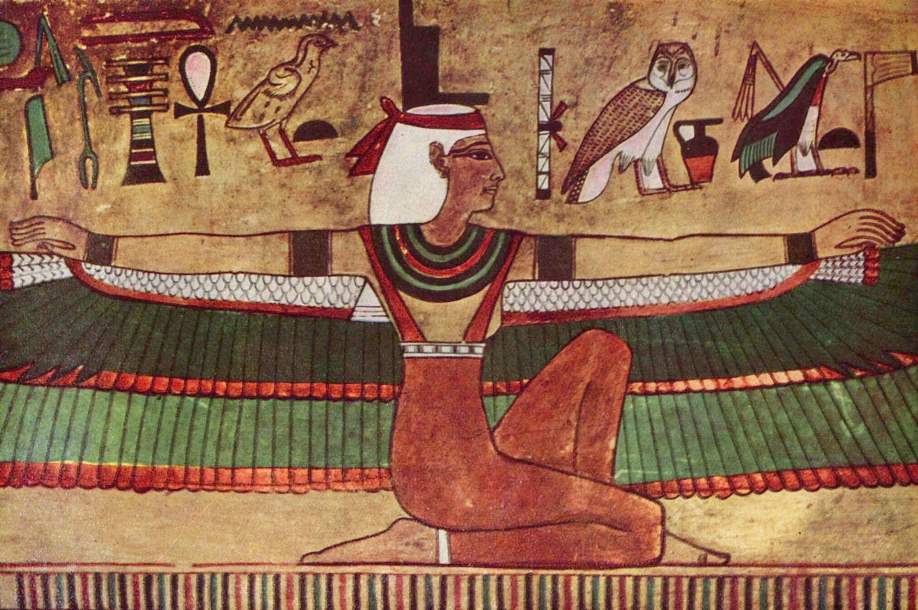 Let’s start with Isis, the goddess of health, marriage, and wisdom, who despite having a chair for her hairstyle, was once considered to be the ruler of the gods. Her worship spread throughout the Greek and Roman world and actually continues to this day. Not bad going for someone who got her big start around 2494 to 2345 BC, during the 5th Dynasty. 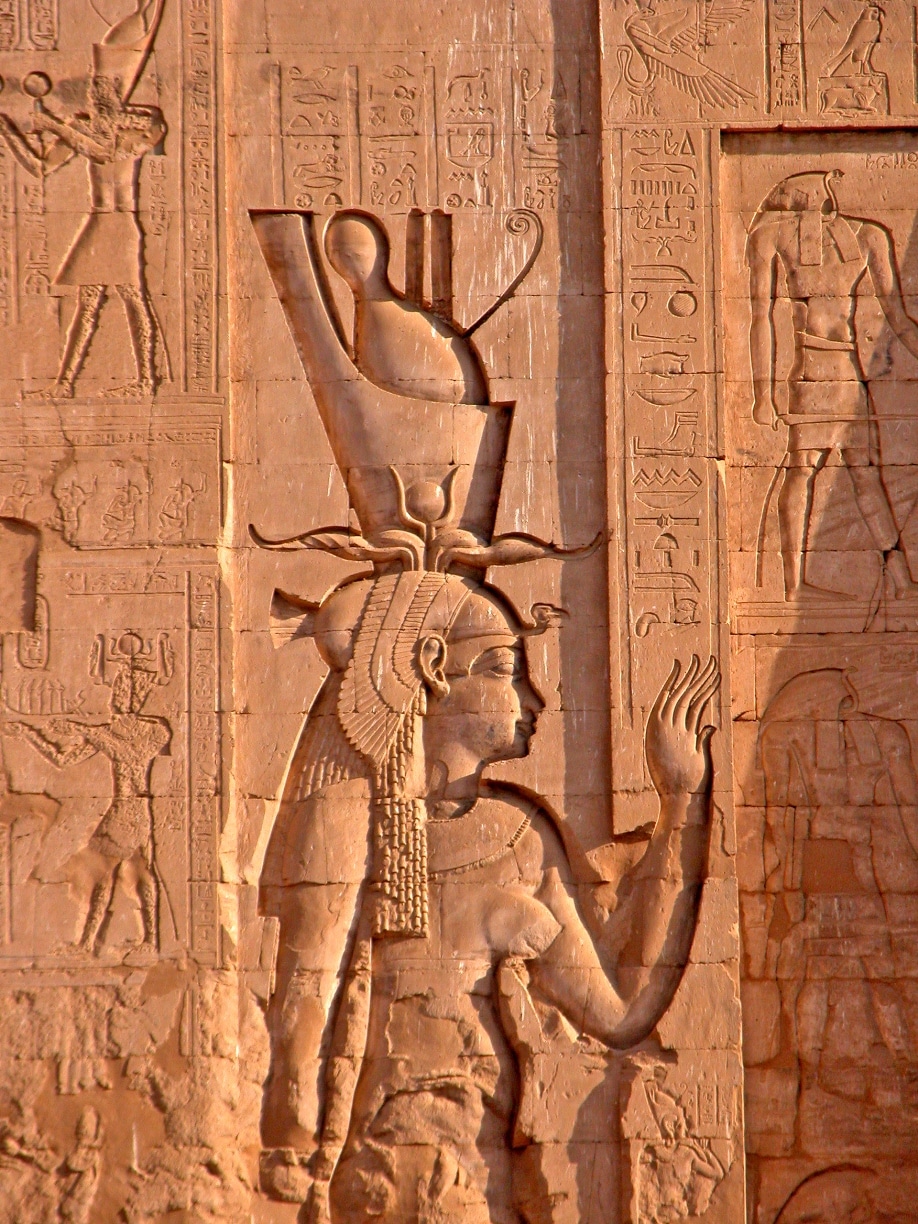 The name Isis translates as “throne” and explains why she’s rocking that unusual ‘do that you could take a seat on. At least she wasn’t a goddess here in England, where “throne” is slang for a very specific type of seat (and certainly not one you want on your head). This gave her a very important job in later eras, when she was used as a symbol of the power of the Pharaoh, who was often depicted as her child. As well as the Pharaoh, Isis also gave birth to the bird-headed god Horus, who she had with her brother Osiris. (Game of Thrones has nothing on mythology. In fact in earlier myths, Horus was her brother, not her son, which must have lead to some confusing reunions.)

But she must have loved Osiris because when he was murdered by Set (SPOILER), Isis wept so much that it caused the Nile to flood every year, bringing the all-important floods, which sustained Egypt for millennia. 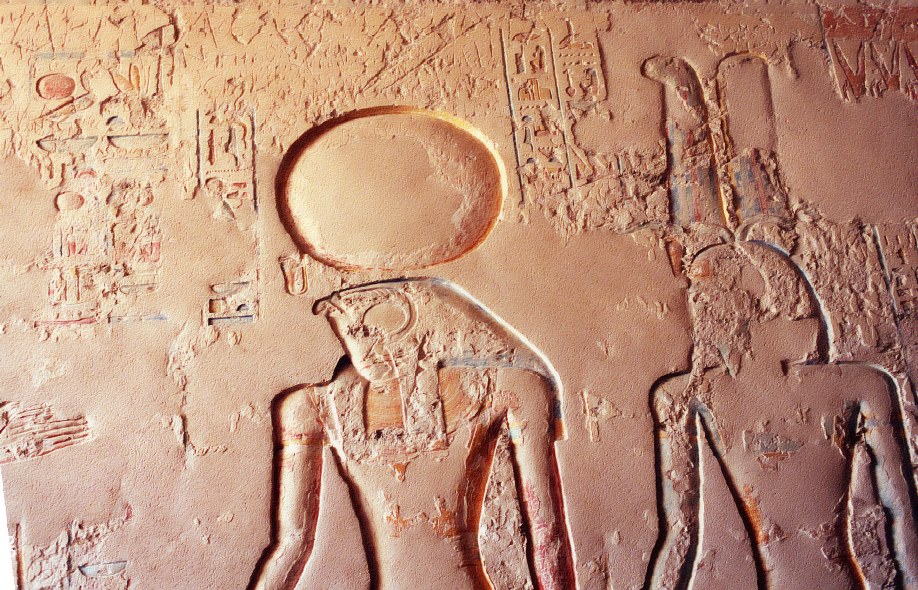 Ra is probably one of the most commonly known Egyptian gods, which is weird considering he’s suffered from something of an identity crisis. While he started out as his own, distinct deity, this sun god was later merged with both Amun, (creating Amun-Ra, after a rebellion in Thebes) and Horus (as Ra-Horakhty), probably because you can only have so many gods with birds for heads before it gets confusing. 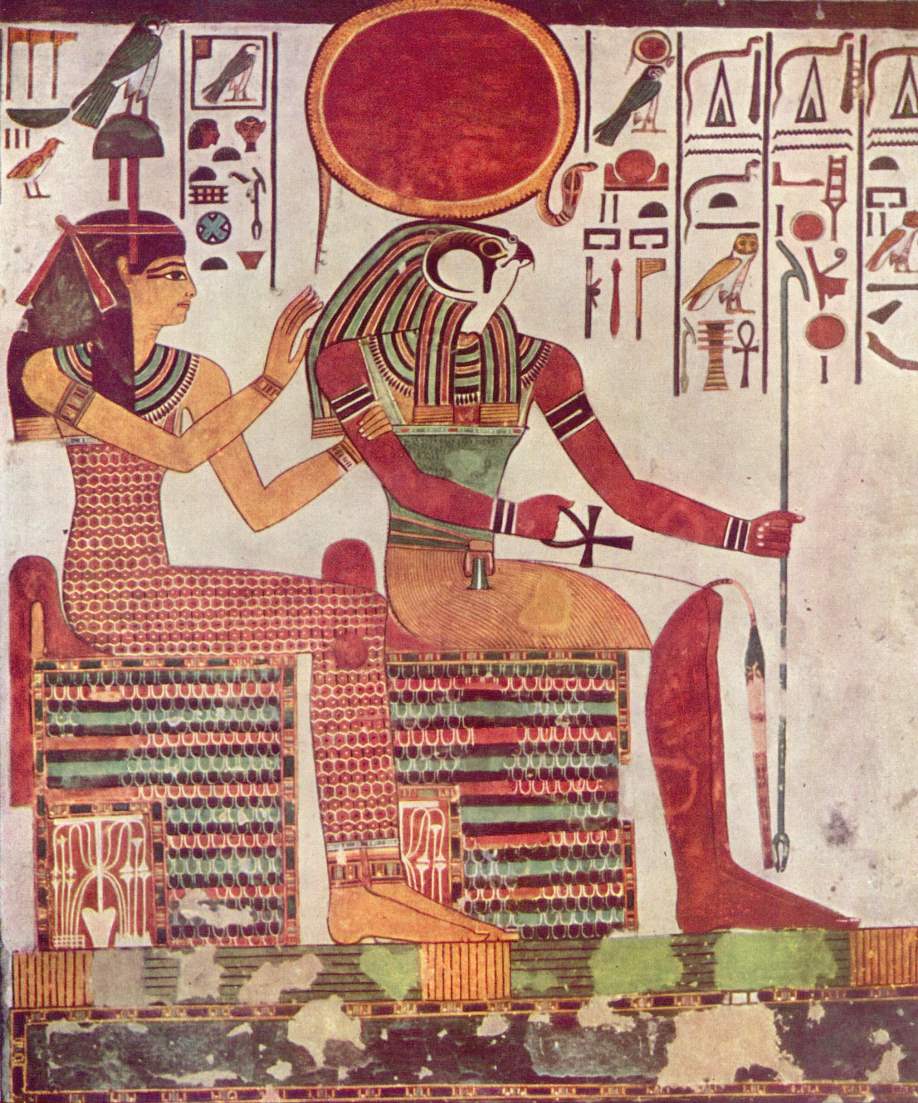 As well as his duties, making sure the sun rises every morning, he also likes to keep busy by ruling the sky, earth and underworld. Ancient Egyptians believed that men were created man from his sweat and tears, leading to them referring to themselves as “Cattle of Ra”, which is actually a pretty awesome name for a metal band. 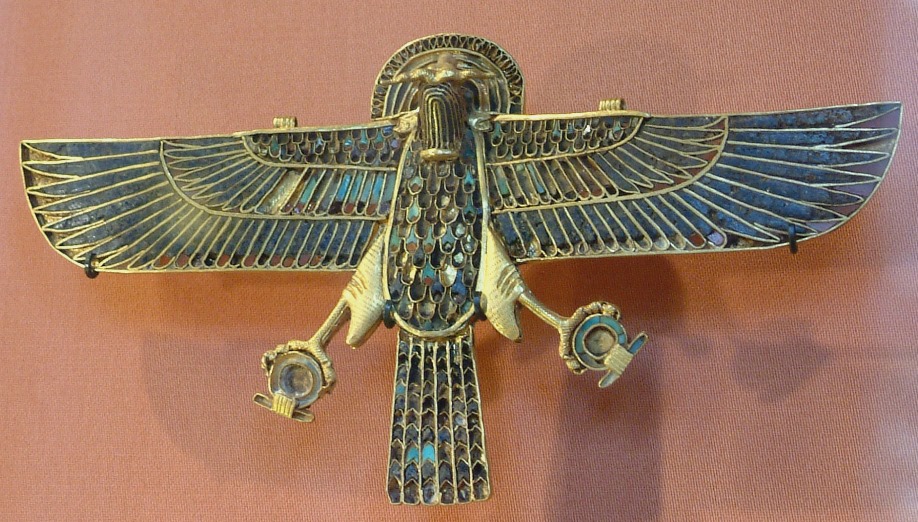 Seeing as he’s come up twice already, let’s take another look at the god of the sky, kingship, war and hunting. One of the reasons Horus was later merged with Ra, is that as god of the sky, ancient Egyptians reasoned that he must also contain the sun and the moon. The sun was believed to be his right eye and the moon was his left. So why is the moon not as bright as the sun?

Well, that’s all thanks to that ne’er-do-well Set. During a particularly titanic struggle known as “the Contendings of Horus and Seth” , Set gouged Horus’s left eye out. Luckily Khonsu, the moon god, crafted a replacement eye for him. Still, it could be worse. Set lost a rather more intimate body part, which is why deserts (Set’s speciality) are infertile to this day.

If you’re in town on Friday night, you might just catch part of “the Contendings of Two Drunken Men”. 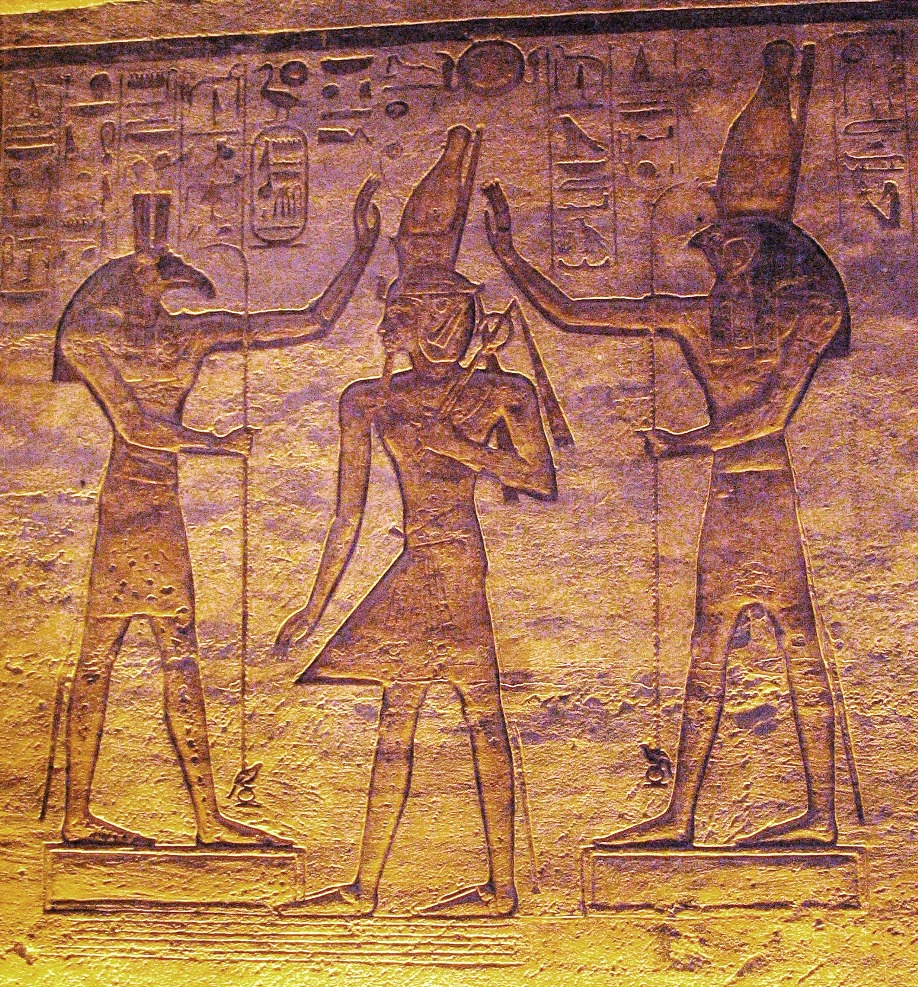 Since he’s been such a troublemaker for this whole post, let’s take a look at Set. He was the god of storms, desert, chaos, war, violence and foreigners. Instead of a bird for a head, Set’s face is a fantastical creature, which is basically a mix of aardvark, donkey, and a fennec fox. I think I’d rather have a chair on my head.

Despite his history of killing and usurping his brother Osiris, and his many (many) bouts with Horus, Set seems to have mended his ways by the later dynasties, where he was depicted as protecting Ra while he pushed his sun boat though the underworld. There’s nothing like a nice bit of redemption to put a spring in your step.

If you fancy seeing ancient Egypt for yourself (and why wouldn’t you?!) don’t forget your Egypt travel insurance!