In some ways, Santa Claus is a bit creepy. He waits until people are asleep, then breaks into their houses and starts messing about with their stockings. I’m not sure I’m that keen on him. If, like me, you think the jolly, bearded intruder is a little scary, just remember that things could be a lot worse – imagine waking up to find Krampus wandering around your bedroom. 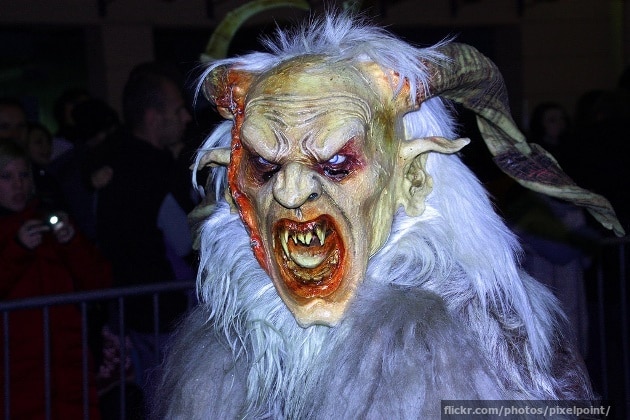 As well as bringing the presents, our version of Father Christmas is also responsible for punishing naughty children. However, in the Alpine region (particularly in Austria and Germany), Saint Nicholas has traditionally brought along the demon Krampus to do his dirty work. (If you’re planning on running and hiding overseas, grab a travel insurance first.) 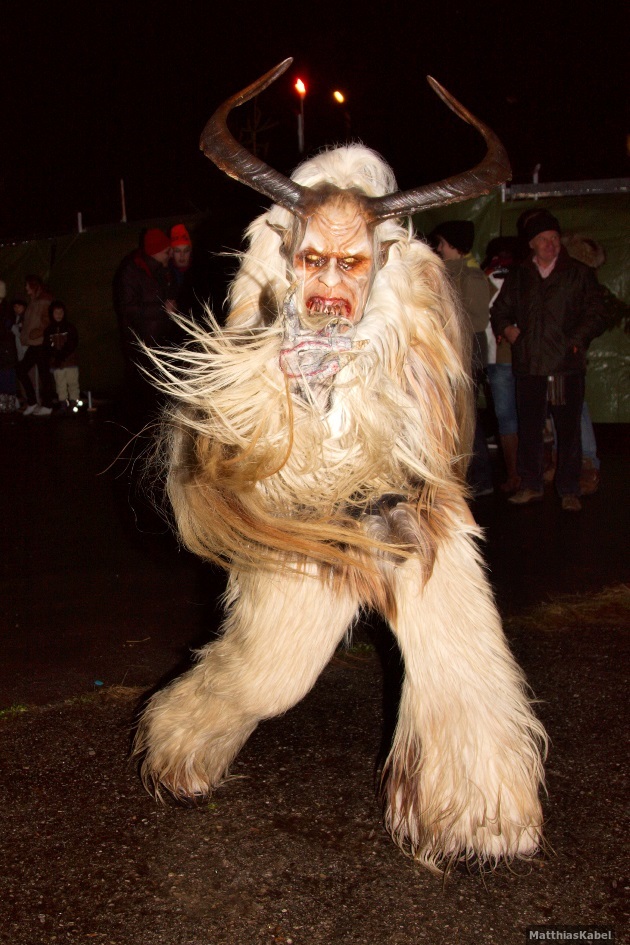 When Santa Claus visits a naughty child, his punishment is to leave a lump of coal in that child’s stocking. It’s hardly a punishment at all, really – coal is very useful and, presumably, someone has had to work extremely hard to dig it out of the ground (so stop being so ungrateful). 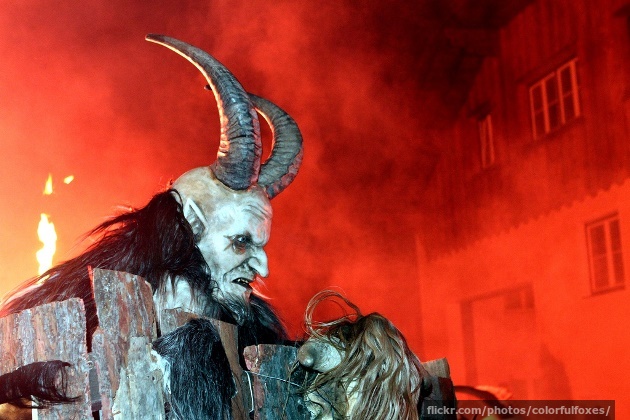 When Krampus is left in charge of the punishments, however, the naughty kids aren’t so lucky – instead of being given a gift of (an increasingly scarce) fossil fuel, they’re hit with chains, thrown in a sack, and carried away to Hell. It’s pretty harsh. 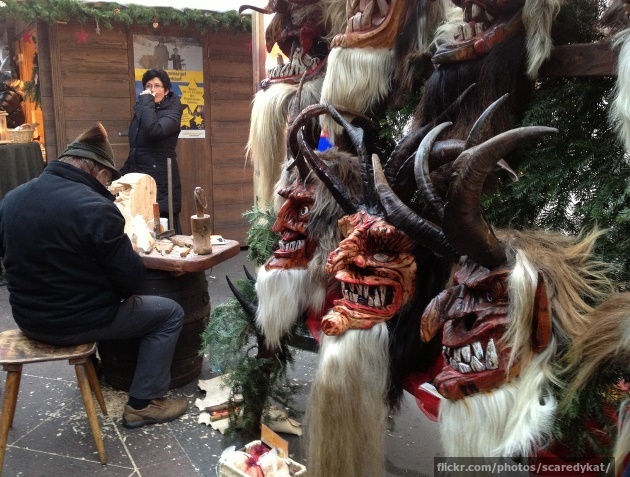 Pictures of Krampus often show the hairy demon with his long tongue sticking out (so, as well as the violence and kidnapping, he’s also quite rude). Some images of the character depict him as part goat – he has horns coming from his head and is often shown with one hoofed foot. The other foot is a normal foot, though, so that’s a bit odd. 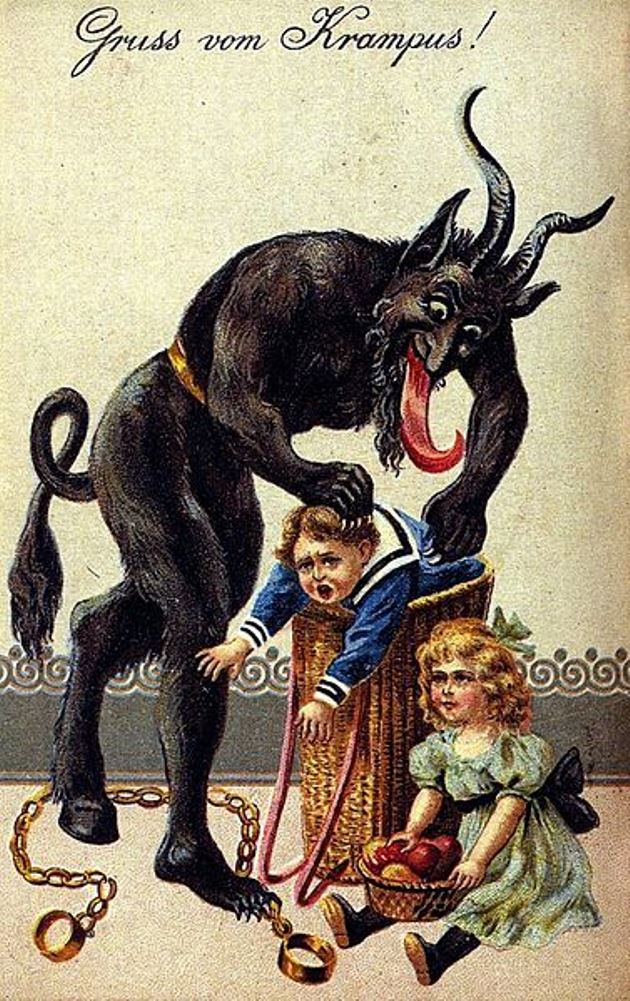 Krampus usually makes his appearance on the night of December 5th (the day before his buddy Saint Nick’s feast day). On what has become known as Krampus Night, the demon (or people dressed as him) will take to the streets and join in the celebrations. There have been efforts to stop this – in Austria, the character has been called inappropriate and unchristian – but in recent years the celebrations have become even more popular. 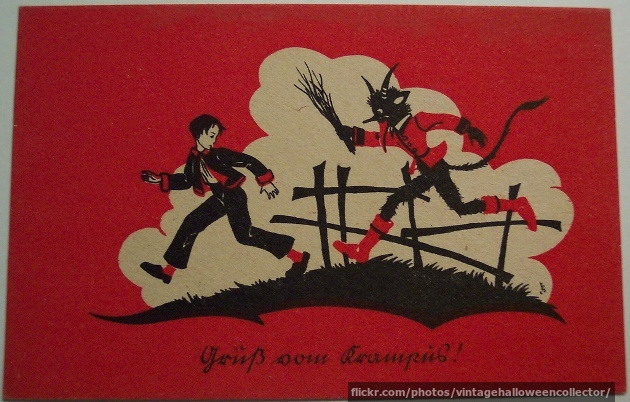 So, why not send your friends (or your enemies) a Krampus card this year? The cards have been sent since the 19th century and, instead of a cheery Christmas scene, usually have pictures of the demon tormenting some children. It’s very festive!