At one time or another, every country in the world will hold a parade. Often these parades will be used to celebrate a successful national sporting team. Sometimes, a country will arrange a parade to mark a royal wedding. Just once I’d like to see a parade thrown in honour of travel insurance. In a small number of countries, a parade might involve painting the words “Death to America” on the side of a giant rocket and then wheeling it down the High Street. North Korea is one of those countries. 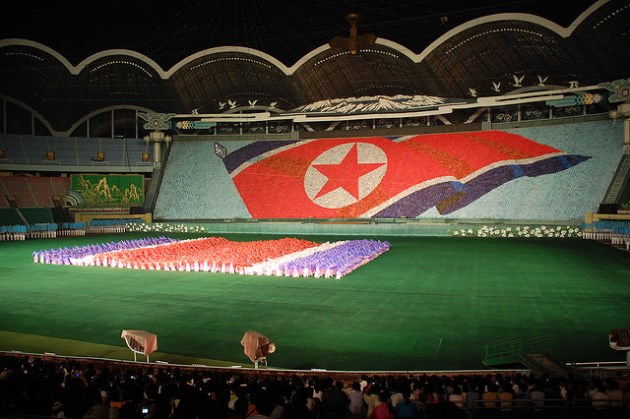 For its isolationism and its refusal to bend to international pressure, North Korea is often described as a “Rogue State”. This label makes the country sound lawless and disorganised, which is rather unfair because really the reverse is true. The North Koreans have excellent organisational skills and nowhere is this better demonstrated than during the yearly Arirang Festival – known to outsiders as the North Korean mass games. 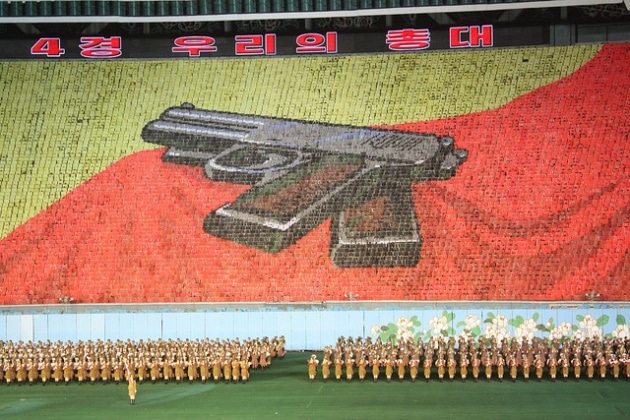 The games are staged each year, usually between August and September, and take place in Pyongyang’s Rungnado May Day Stadium. Surprisingly, this stadium is the largest in the world and has the capacity for 150,000 spectators. Of course, it needs to be this big just to hold the family members of those involved – the Arirang Festival features over 100,000 individual performers. 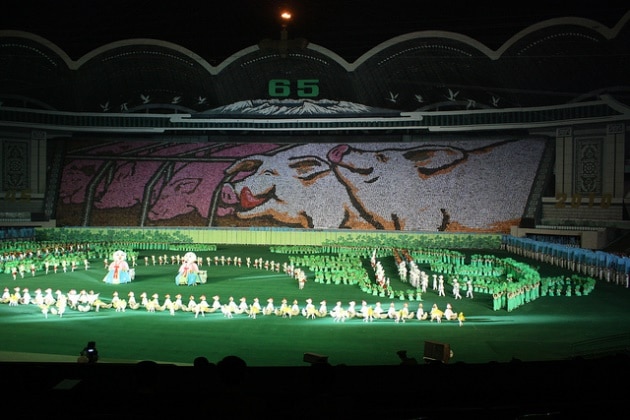 North Korean children who are selected to take part in the games spend months practicing their dance and gymnastic routines. While these highly choreographed displays take place on the stadium floor, behind them moving images show the history of Korea and its leaders. Here in Britain, we’d expect such images to be displayed on massive TV screens, but in North Korea they’re controlled manually; up to 30,000 people hold up colourful cards and turn them in sequence to tell the stories. These human pixels perform an indispensable role in the festival – it’s the Korean equivalent of playing a tree in your junior school nativity. 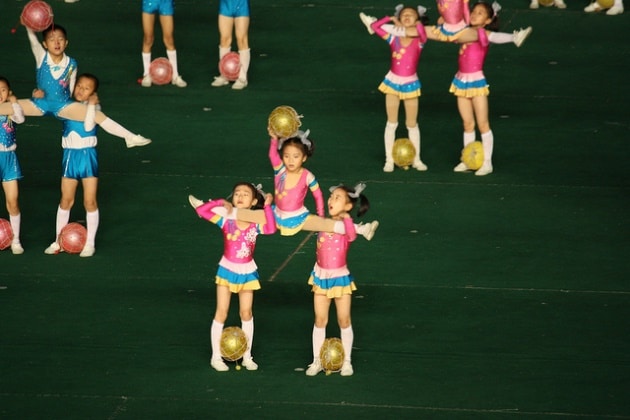 Much of the festivities revolve around the country’s leaders. North Korea is one of the few nations on Earth where you can be dead and still in charge – Kim Il-sung is the Eternal President, while his son Kim Jong-il is the (slightly less impressive sounding) Eternal General Secretary of the Workers’ Party. While he was alive, Kim Jong-il was instantly recognisable as one of the world’s shortest heads of state (or, if you believe the North Korean press, instantly recognisable as one of the world’s tallest heads of state). 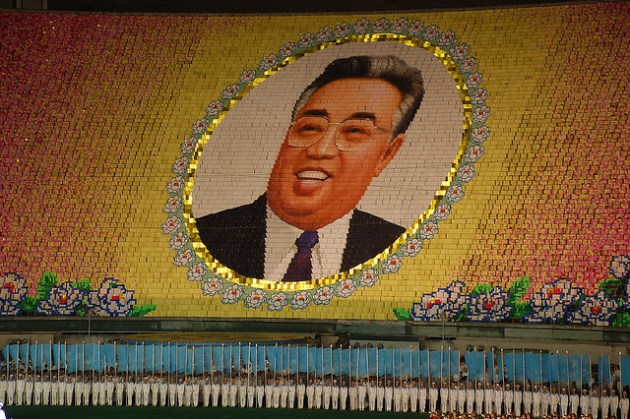 The mass games are sometimes given as an example of North Korea’s control over a “brainwashed population”, but really it’s surprising that similar events aren’t held elsewhere. Participants work hard on their particular role and then take pride in the contribution they’ve made to the whole. It’s a bonding experience for those involved and teaches them about working together – things that would surely be a benefit to any country that chose to stage their own games. Having said all that, it is somewhat difficult to imagine thousands of British schoolchildren dancing in unison for David Cameron. 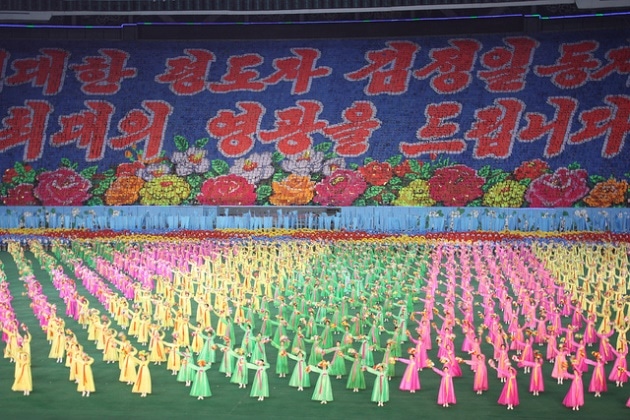 For a so-called secretive nation, North Korea is surprisingly eager for people to visit and the Arirang Festival is open to tourists from all over the world (even from America). The 2013 games are due to take place between July 27th and September 9th.