If you’re anything like me, you like to soak up as much sun and culture on holiday as possible. Greece is a wonderful place to get your fill of both, so grab your suncream and I’ll fill you in on all the crazy things about Greek gods they forgot to tell you about at school. 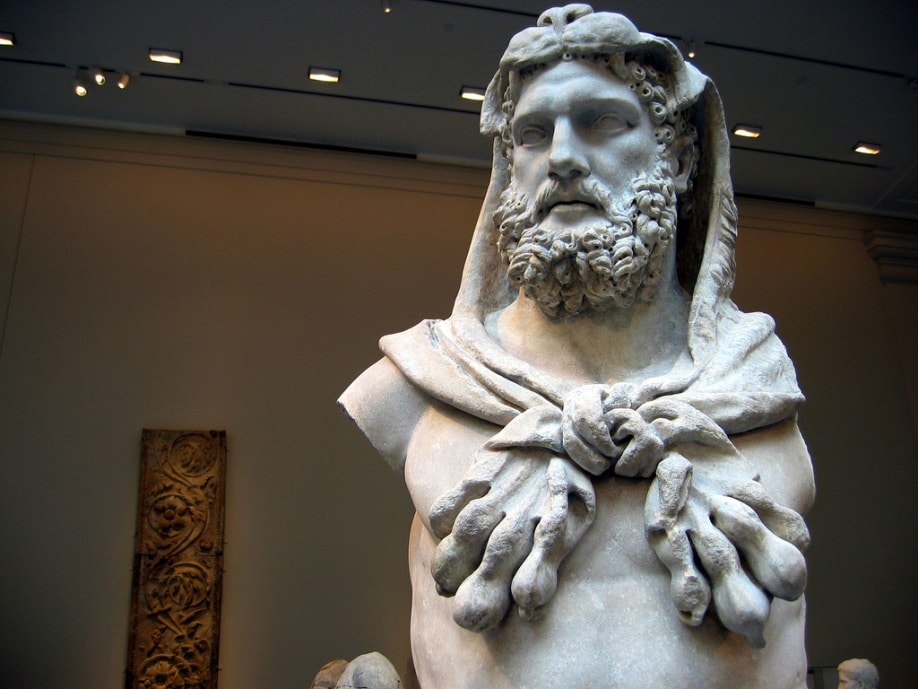 Now we’ve all heard of Zeus. King of the Gods, hurler of lightning bolts, the guy with the sweet beard. But there’s a lot of crazy stuff about Zeus you may not know. For starters, Zeus had a pretty interesting childhood, to say the least.

Zeus’ parents, the Titans Cronus and Rhea, had several children together – Hestia, Demeter, Hera, Hades, and Poseidon. But to keep the costs of childcare down (or because someone had told him that he would be overthrown by his own children), Cronus simply swallowed his children whole as they were born.

After this had happened five times, Rhea had clearly had enough, and after giving birth to Zeus on Crete, she handed Cronus a rock wrapped in blankets. Apparently, Cronus should have gone to Specsavers, as he wolfed the rock down without a second thought. After hiding out for long enough to reach manhood, Zeus came back home, cut open his father (the ancient Greeks had a lot of daddy issues) and freed his siblings. This is the sort of thing that bags you a job as king of the Gods.

Like most kings, Zeus was a bit of a ladies’ man. However Zeus’ techniques differ slightly from the usual chat-up lines. For starters, his favourite seduction technique was to turn into a beautiful swan. The craziest thing is that not only did this work, but it worked more than once, on more than one woman. Apparently, ancient Greek ladies could not get enough white feathers in their lives.

To distract his wife, Hera, from all these extramarital, bird-based shenanigans, Zeus got a nymph named Echo to talk all the time, in front of Hera to distract her. After she caught on, Hera understandably punished the nymph to contently repeat the words of others. Firm but fair, I’m sure we’ll all agree. 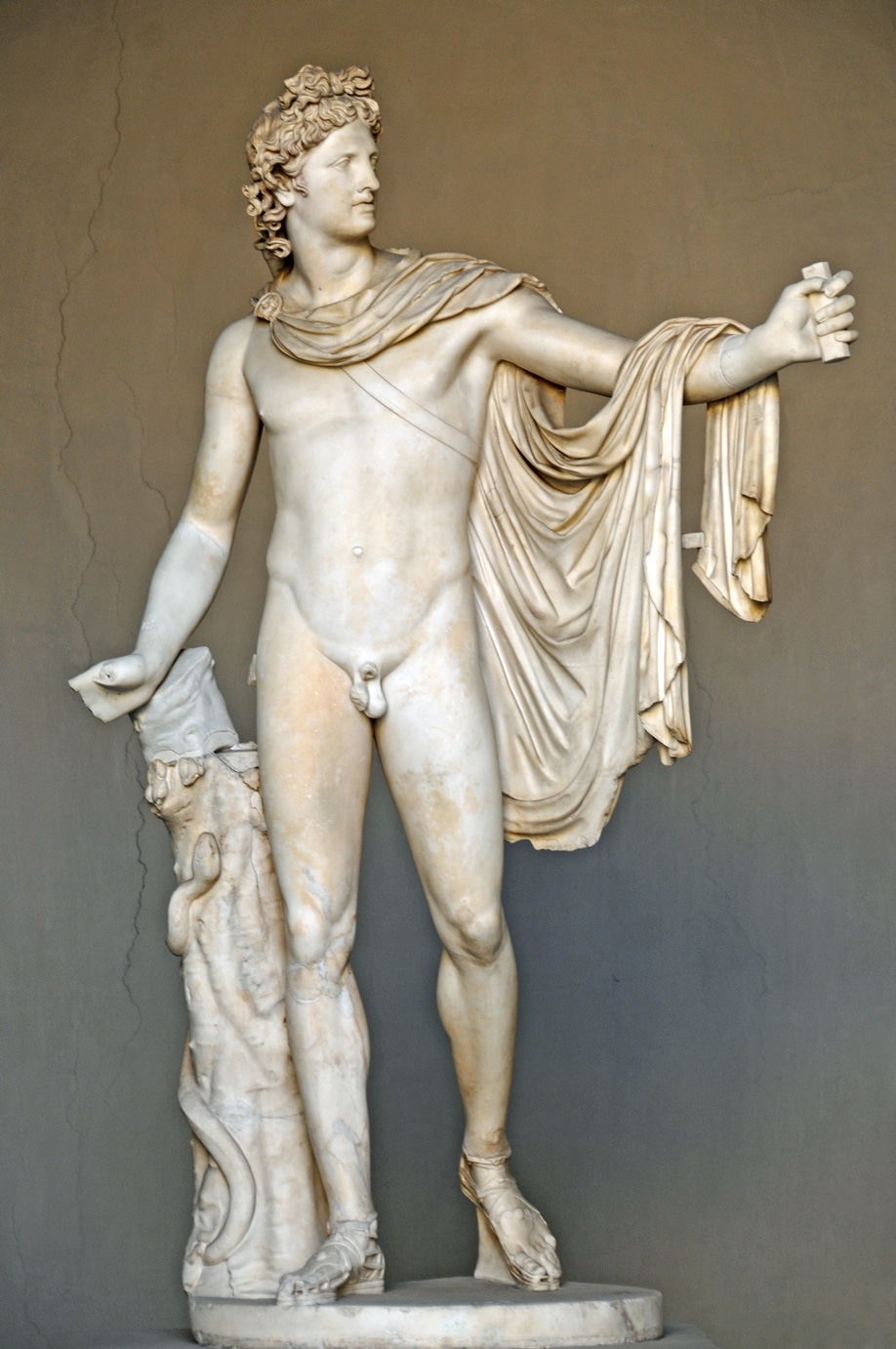 The god of music, arts, knowledge, healing, plague, prophecy, poetry, manly beauty, archery, and the sun – as well as being a bit of a busy body – did not waste time when it came to getting things done. He killed the chthonic (which basically means it comes from the underworld) dragon Python, which had been terrorising the island of Delphi, when he was only four days old. Kind of puts holding your own head up after six months to shame, right?

Hera, who had really not taken a liking to Apollo, had sent the dragon, and understandably annoyed that her plan had failed, she sent the giant Tityos to punish Apollo’s mother, Leto. Apollo and his twin sister Artemis, managed to defeat the giant and Zeus cast him into Tartarus, a deep abyss where he was forced to eat tartar sauce forever. Possibly. Or have his livers pecked out by vultures for all eternity. I’m not sure which is a worse fate to be honest. Anyway, Apollo continued to be an all-round awesome chap, until his death at the hands of Ivan Drago in Rocky III, though I may be thinking of the wrong Apollo there. 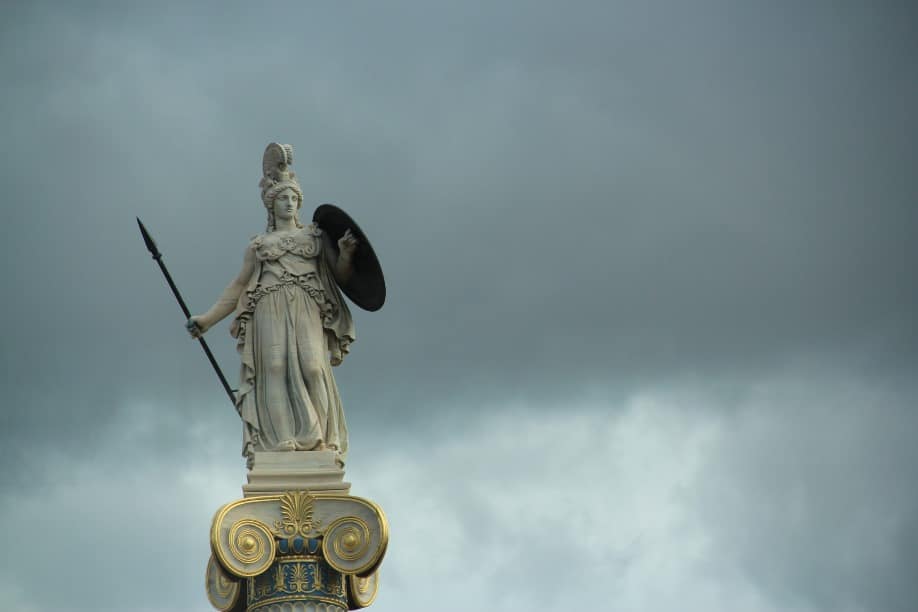 We all know that childbirth, while a beautiful thing, can be very painful and incredibly arduous on both parents (women can squeeze a hand pretty tightly while giving birth), I think we can all agree that everyone would be jealous of Athena’s mother. Not only did the goddess of intelligence, skill, peace, warfare, battle strategy, handicrafts, and wisdom (another busybody) spring fully from her parent’s head, it was her dad’s head!

Sounds a lot better than the setup us mortals have to put up with. 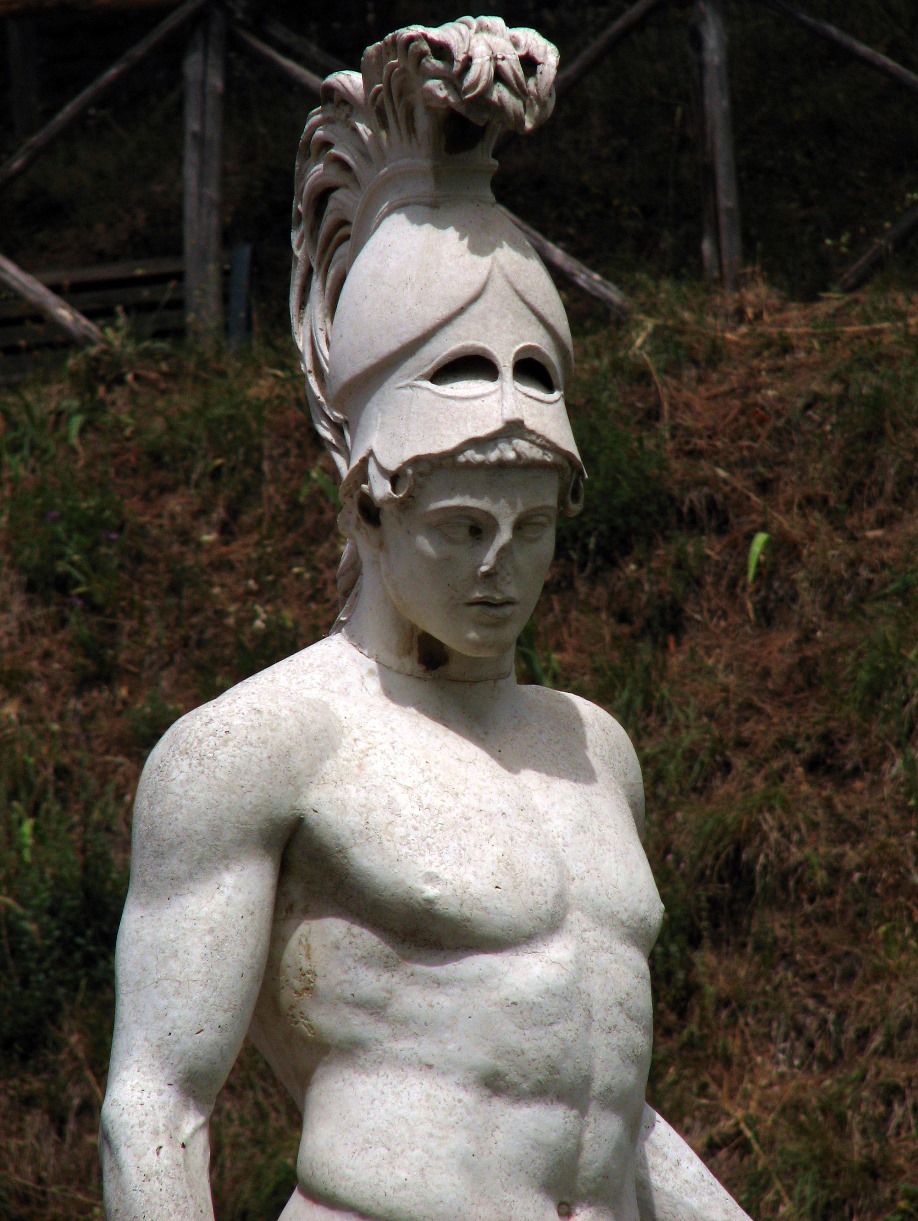 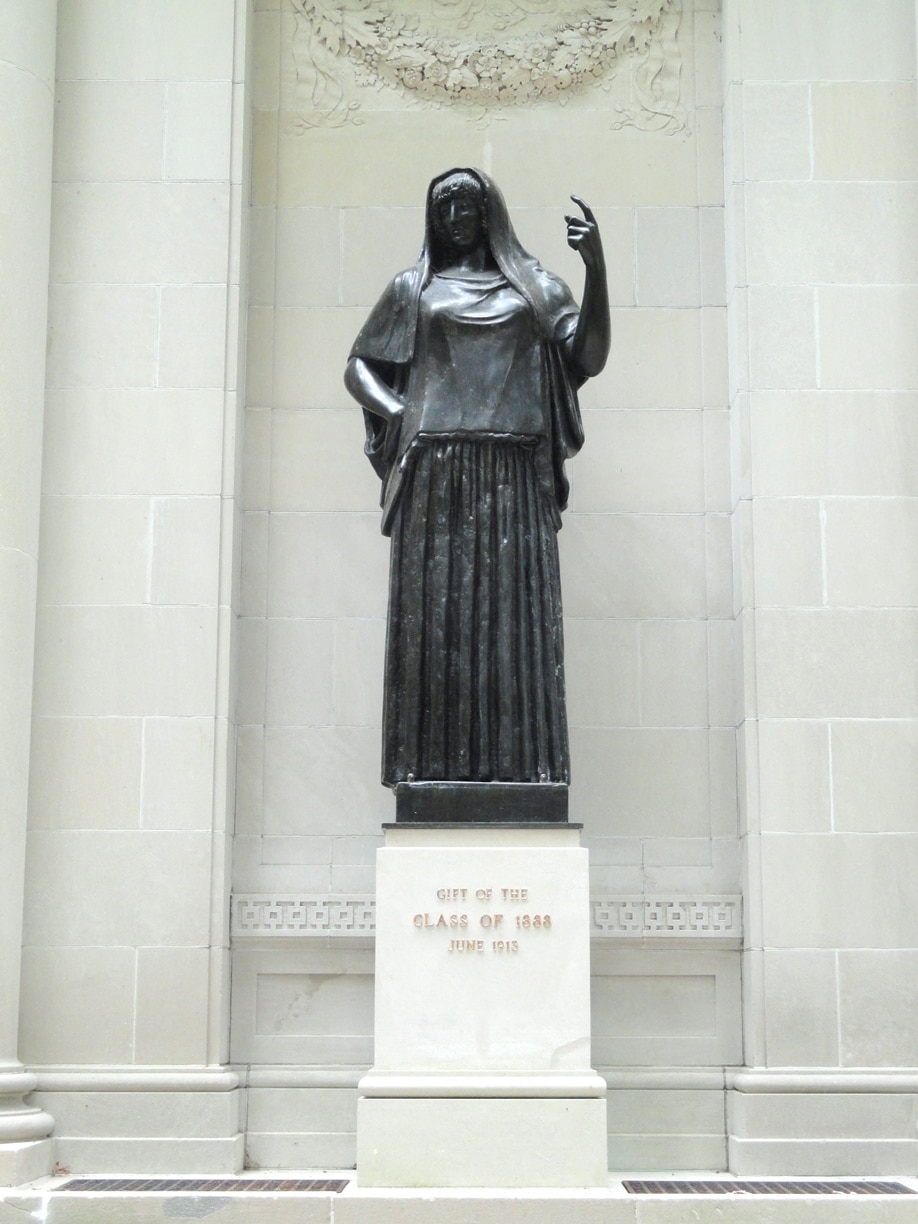 Despite what you might imagine about Mount Olympus, and contrary to most of what we’ve learnt already, it wasn’t all incest, patricide and affairs. Hestia, virgin goddess of the hearth, home and chastity, is one of the lesser-known Greek gods. She is, however, one of my favourites and her symbols being the hearth and kettle doesn’t hurt that. Who doesn’t love a goddess who would always be prepared to pop the kettle on and make a nice cuppa?

Some stories even suggest that she gave up a seat as one of the Twelve Olympians (the real big wigs) so that Dionysus, the god of booze, drugs and partying, could have her seat. I’m sure a lot of the Greek myths would be totally different if she’d taken her seat and the gods had spent a bit less time drinking wine and a bit more time dunking chocolate digestives, the best biscuit ever invented.

While we could all probably name at least five or six Greek gods, there were a plethora of them, including many Titans and lesser gods. Below is a short list of some of my favourite, oddly specific gods and goddesses:

If you’re feeling god-like, you might still need travel insurance for your holiday. Even these legendary figures could’ve lost their luggage or unexpectedly had to cancel their trip.