Home » Blog » Into the White 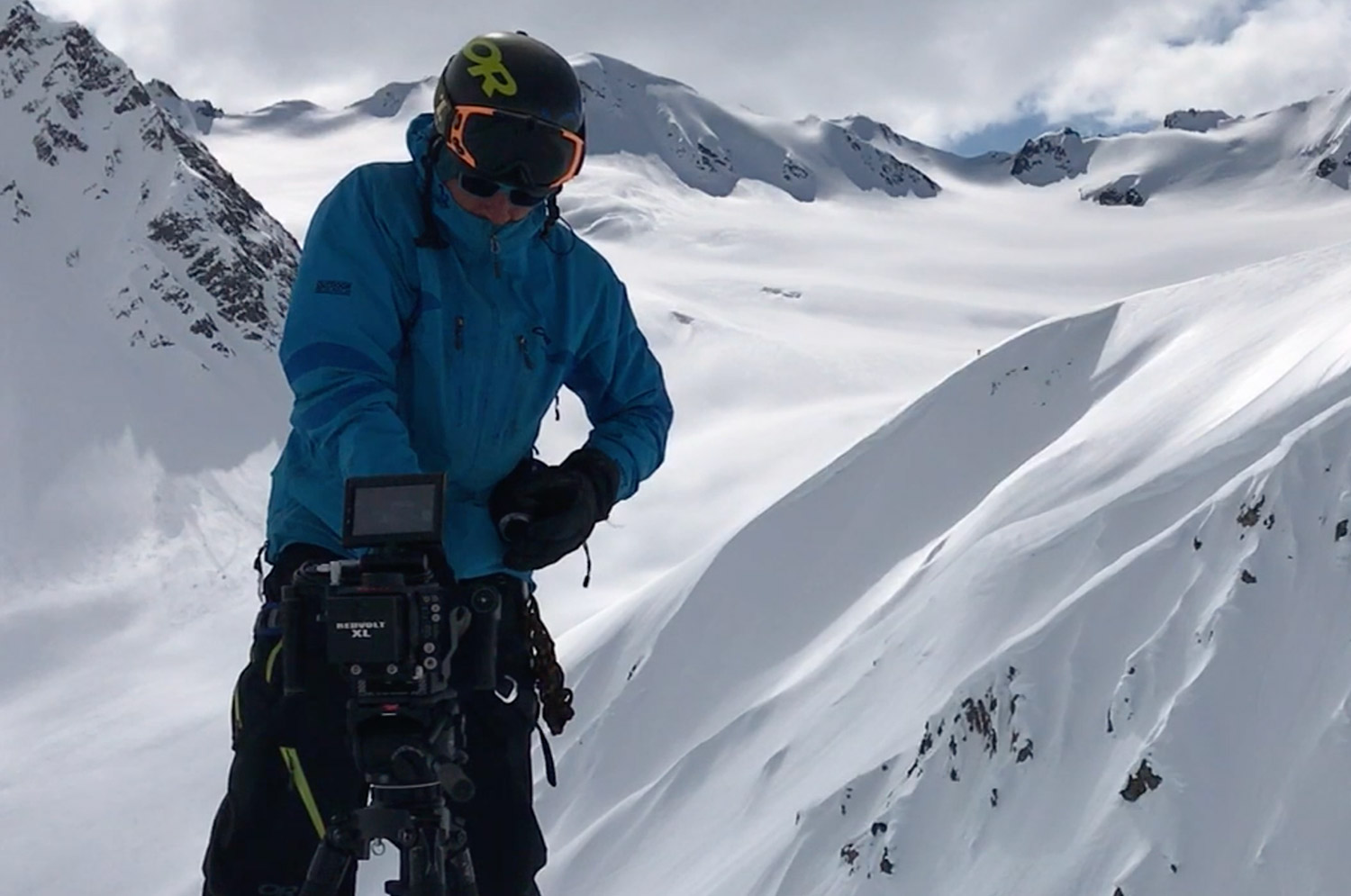 Award-winning filmmaker Sam Giffin talked to Discover Interesting about life behind the lens, Kodak courage and the reverberations from the day it all came crashing down.

WE WERE COMPETITIVE AS BROTHERS…

Always trying to one up each other. As brothers do. We would climb up snowy hills and huck ourselves off 40-foot cliffs, yelling ”Fuck it!”. This was the motto. You stand on top of a crazy feature that is WAY bigger than you want to jump off, and you yell ”Fuck it!”. Then you jump.

I grew up on this motto and it shaped me in many ways. It taught me to believe that if you do something daring you will be rewarded. And this proved to be true. For some time.

Our father was the first to notice the danger in all of this. On one occasion he was asked to hold a camera while we played out this regular, dare-devil, routine. He suffered through no more than half a day—watching his kids clear rocks by the thread of a hair. He was ‘over it’ as the industry saying goes. But we weren’t. Not even close.

Having a ski hill 30 minutes away made it hard to keep us from the slopes. And having the bulk of Colorado’s best mountains within a two-hour drive made it all but impossible. We were chasing the dream.

I would soon switch to snowboarding, while our oldest brother, Jeff, picked up telemark skiing (a form of skiing similar to cross-country yet more fit for downhill). Zack, the middle brother, stuck to Alpine skis and just got really, really good. He pushed us all to the next level in both the terrain park and the big mountains—which is where this story leads.

We always knew that backcountry skiing had a number of risks, particularly avalanches. Our father used to go on hut trips and he would bring all the safety gear: transceiver, probe and shovel. He had taught us about this. But nothing can teach you like first-hand experience.

My first experience with an avalanche was indirect—I was a thousand miles away when it happened—but it would come home to affect me in a big way. My brothers lost a friend. A friend who had moved to Jackson Hole, Wyoming, to work as a ski patroller. He was living the dream! Allen Wagner. I saw his sister looking at the photos of her lost brother. I will never forget that moment. It could have been one of my brothers.

Jeff, being the oldest, felt a heavy bit of responsibility, and he would never go about skiing in the same way. He started to focus on different choices of careers. But Zack and I weren’t finished. We continued to push the limits and try and make a career out of skiing, snowboarding, and making videos. We moved to the mountain that gets the most snow in the world. We were doing what it took to become professionals. It was a career we’ve seen other people achieve and it seemed to be worth the risks. A classic family saying was, “It’s so worth it.” This is what we would tell our mother to convince her to let us do these wild things. And it always seemed to be true.

UNTIL I FOUND MYSELF BURIED IN AN AVALANCHE.

When I got caught in my avalanche (I call it that in hopes it stay singular and in the past) it was a calm, overcast day, with 20 inches of new snow. We had decided to ride the “safer” backcountry zone at Mt. Baker known as The Elf Chutes. This is an area that is regularly bombed by ski patrol, which does make it somewhat safer than other areas—but it is also incredibly steep.The snow was wet and heavy that day. The avy report was considerable.

Dropping in, I thought about the camera. My brother Zack was filming me from the other side of the mountain. I imagined how sweet my turns and cliff drops were looking. Normally on this run I would have pulled out for a rest in the ‘safe zone’ but I continued on for the camera. I entered the next slope with too much speed and put on the breaks. Then it hit me. Completely unexpectedly, I was swept off my feet by a wave of ferocious, liquified snow. It took me head over heels down the mountain side, through a forest of small trees, and over a cliff (which I never intended on jumping off). I was buried in what felt like an elephant of snow. All this seemed like a dream when it was happening. Like everything was going to be ok. Until the snow settled—and the darkness came over. At this point I knew what had happened. I was in an avalanche. And there was no way I was going to get myself out.

Thankfully my friends and brothers did rescue me, and I survived the trauma—but I would never go about skiing (and filmmaking) in the same way. It all scared me: driving to the mountain, being at the mountain, even hearing friends talk about the mountain! And I didn’t want to buy into the lie. The idea that we take these risks and capture them on film to ‘inspire’ others. I didn’t want to tell people they should quit their jobs to ski—to pursue this passion— when, ultimately, they could get seriously injured or even killed. I switched gears and started focusing on filmmaking as a separate career. I learned to film other things, and to get paid for it. I enjoyed using cameras in warm, dry environments where you are not getting frostbite in your fingers (or snowflakes on your sensor). I avoided filming skiing at all costs. But that only lasted so long.

My brothers and I have a saying: when you decide to quit something, that’s when you start getting paid to do it. As I attempted to quit filming skiing and snowboarding as a hobby, I started getting opportunities to do it professionally. At the same time my brother was seeing more success as a professional skier, and there were more and more opportunities to film him. Over the next few years I struggled with this internal battle. I wanted to be part of the crew but was so scared of what could go wrong. I had watched a lot of my heroes in the sport pass away. And too many people we knew personally.

Completely unexpectedly, I was swept off my feet by a wave of ferocious, liquified snow. 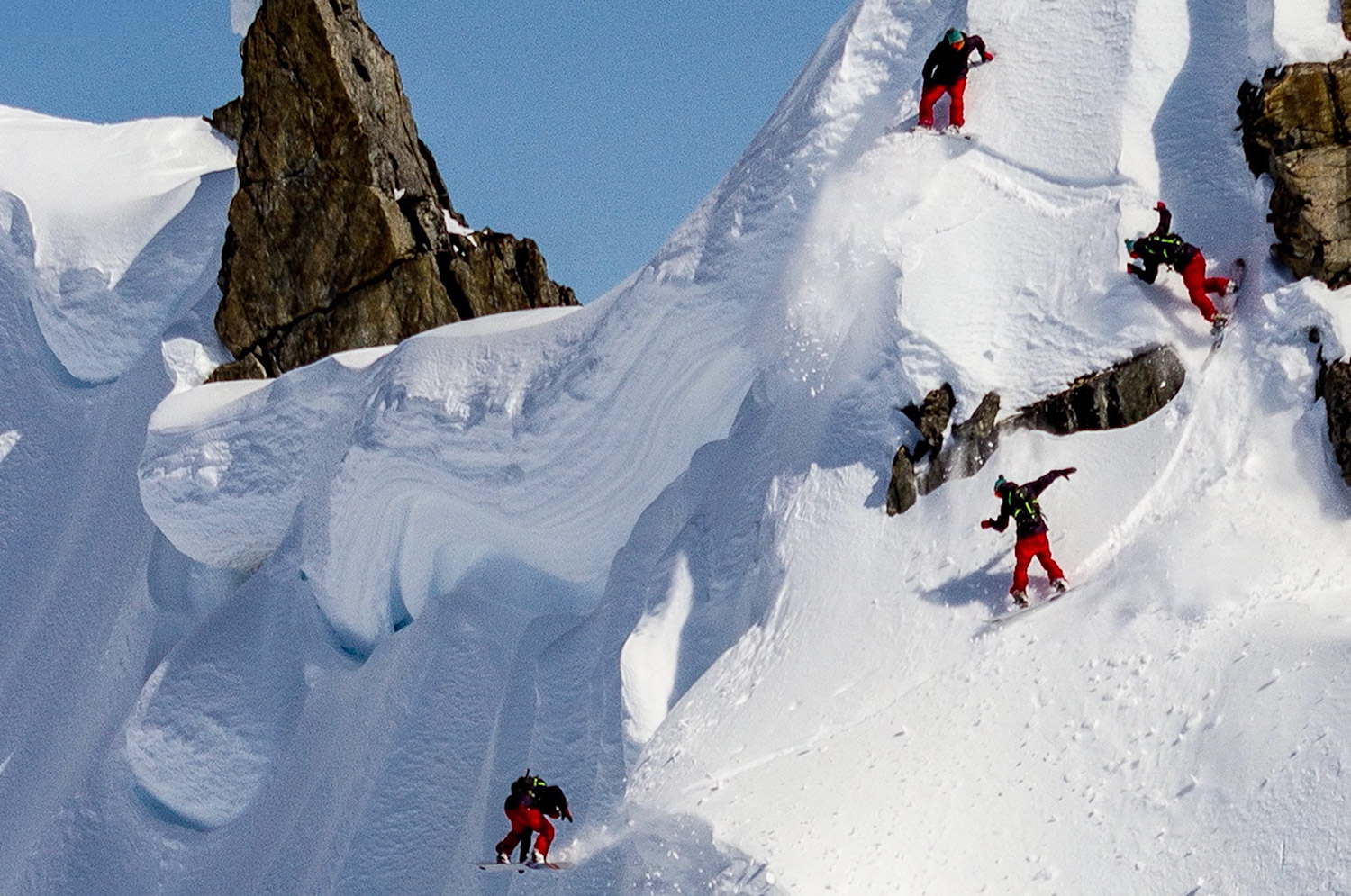 Getting back on the horse has been no simple feat. When I decided to join Zack on a film adventure to Alaska, it was a terribly difficult decision. I didn’t want to be part of the mission—to try and capture my brother skiing extreme lines from helicopters—and at the same time, I couldn’t bear to see them go off without me. A friend suggested that I document my experience: the emotional roller coaster I go through every time I film my brother take these risks. The film would be called ‘Kodak Courage’.

A local company, HandCrank Films, helped to fund the project and provide production support. It was important that I knew other people were on board with my message, because my angle was somewhat harsh. I wanted to shine light on some of the negatives that cameras bring into the picture (pun intended). And at the same time, I wanted to show the benefits, the glory.

Beyond rekindling my love for snowy mountains, travel, and risk taking, the trip allowed me to meet many industry leaders and acquire some important interviews for the film! In the end, these interviews allowed me to find a balance: to pair the risks with the rewards and present a positively charged, yet unresolved, conclusion. Because I believe there is no right answer. People take risks and we can ask why. But they are going to continue taking risks, even if we don’t come up with a good answer. 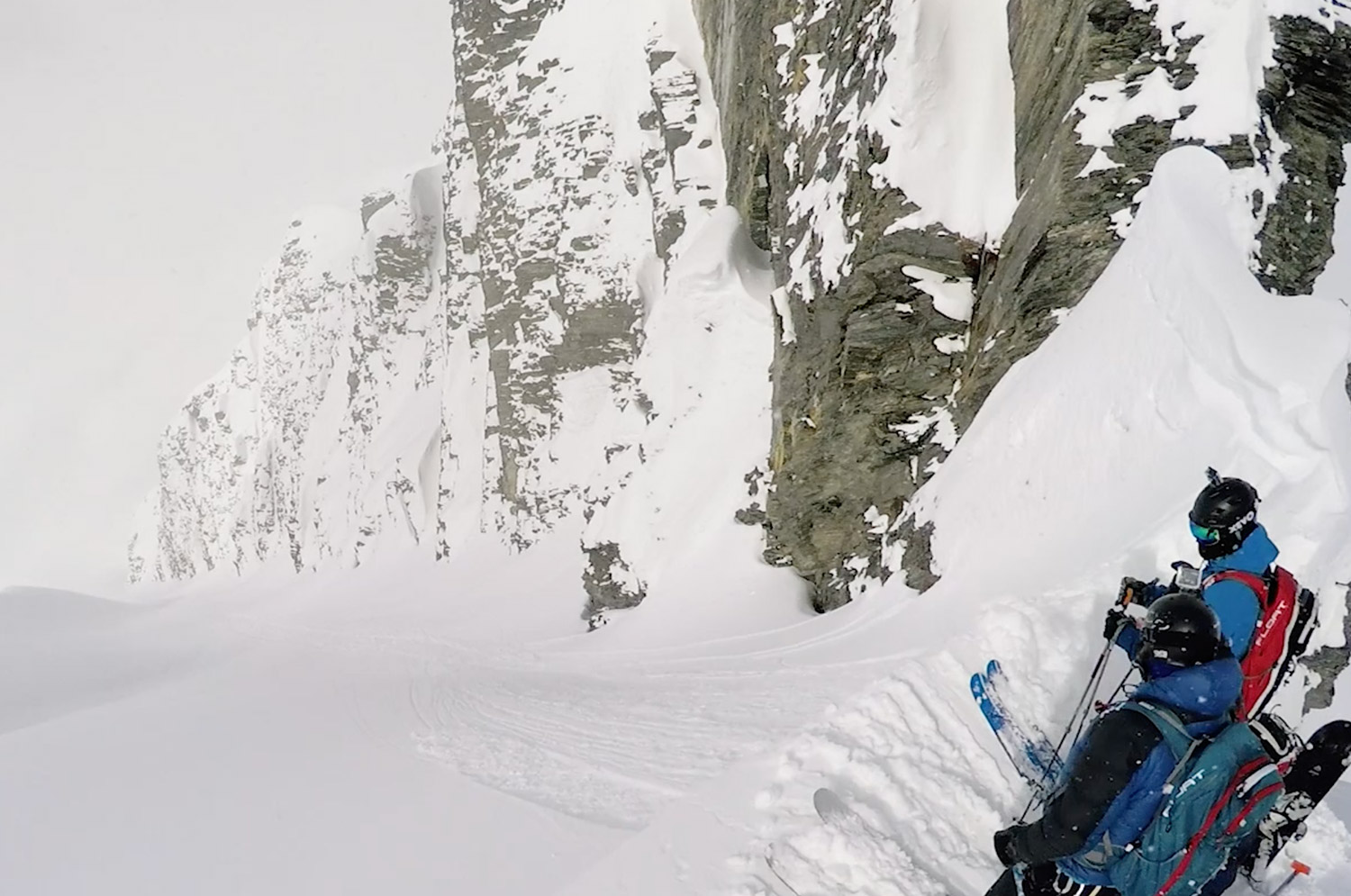 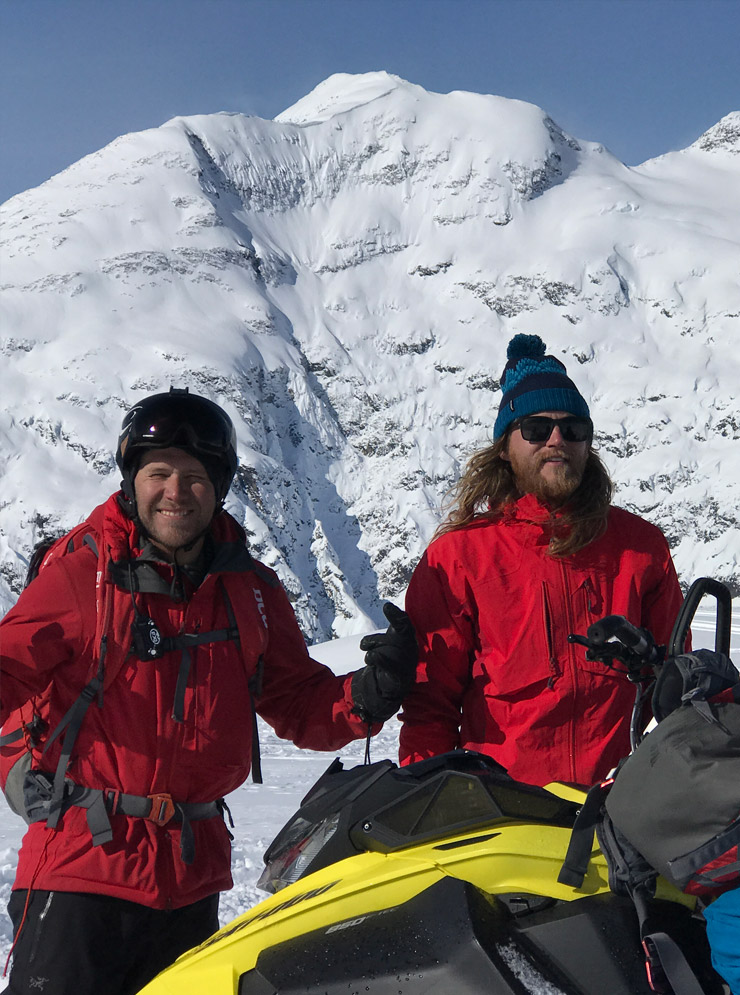 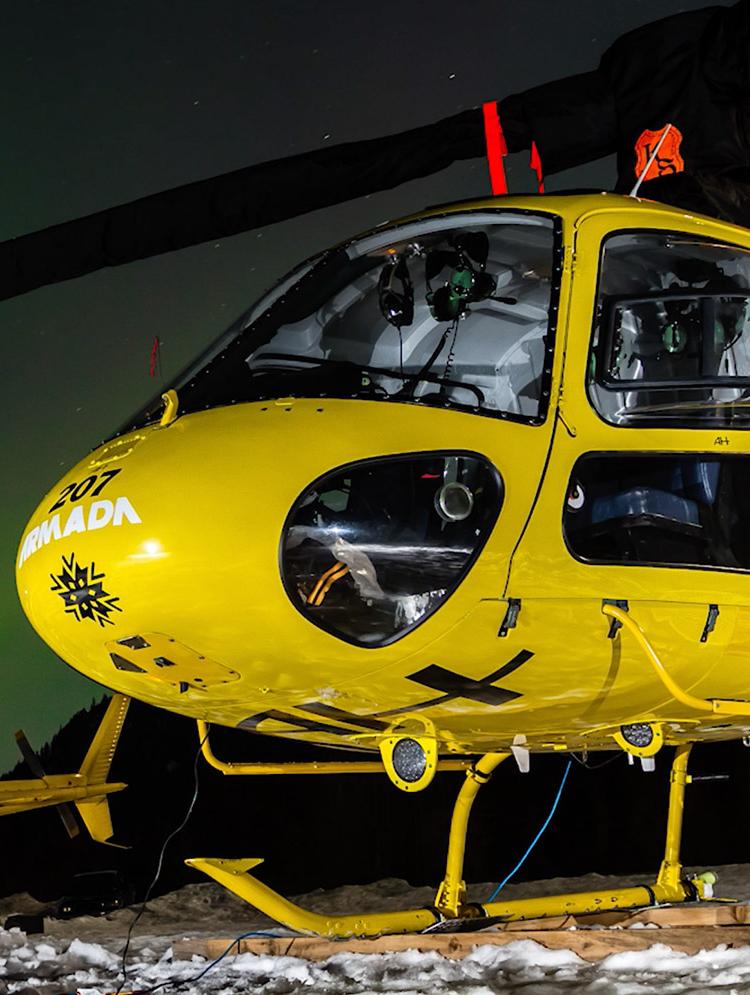 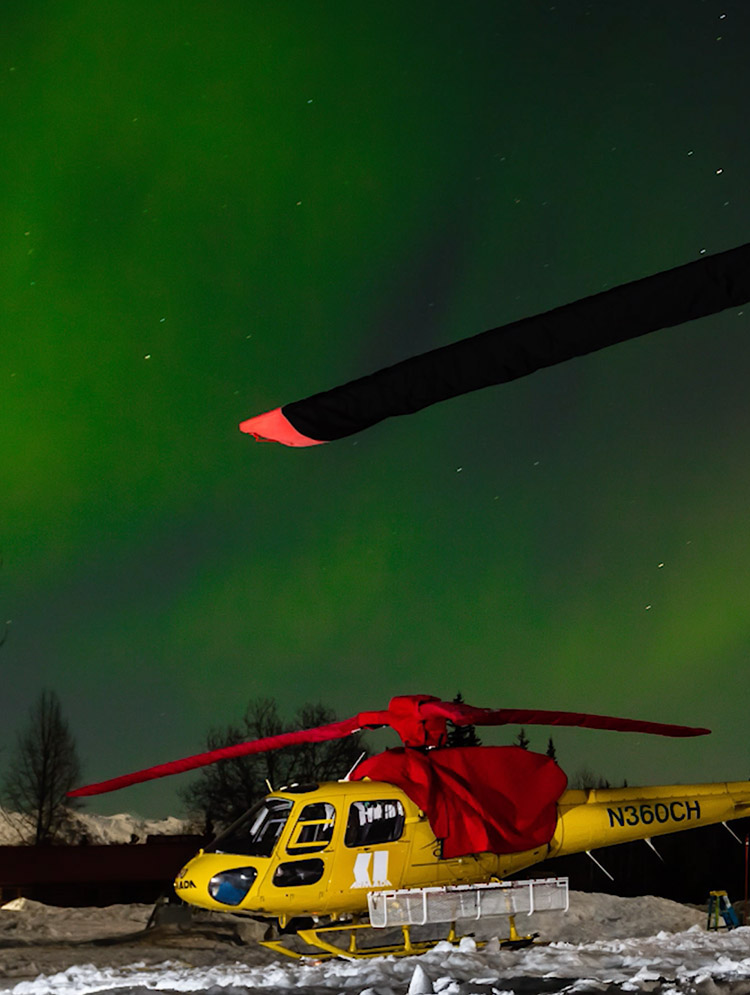