Home » Blog » 5 facts you might not have known about chocolate

I know Easter is a religious celebration but, like it or not, for a lot of people, it’s solely about chocolate. I’m happy to tell you I am not one of those people. I believe chocolate is for life, not just special occasions. I’m also happy to tell you I had a quarter of a chocolate cake for breakfast. I am not ashamed. If you like chocolate as much as I do, you might find these facts vaguely interesting.

Mosquitos – yes, those disease spreading little gits – are the main pollinators of the cacao tree. So without mosquitos, there would be no chocolate. Think about that next time you declare that mosquitos should be extinct. (It’s possible to pollinate the flowers by hand but they’re tiny. It’s much less fiddly to just let a mosquito do his work. Sometimes, a monkey will get involved in spreading the seeds about too.) 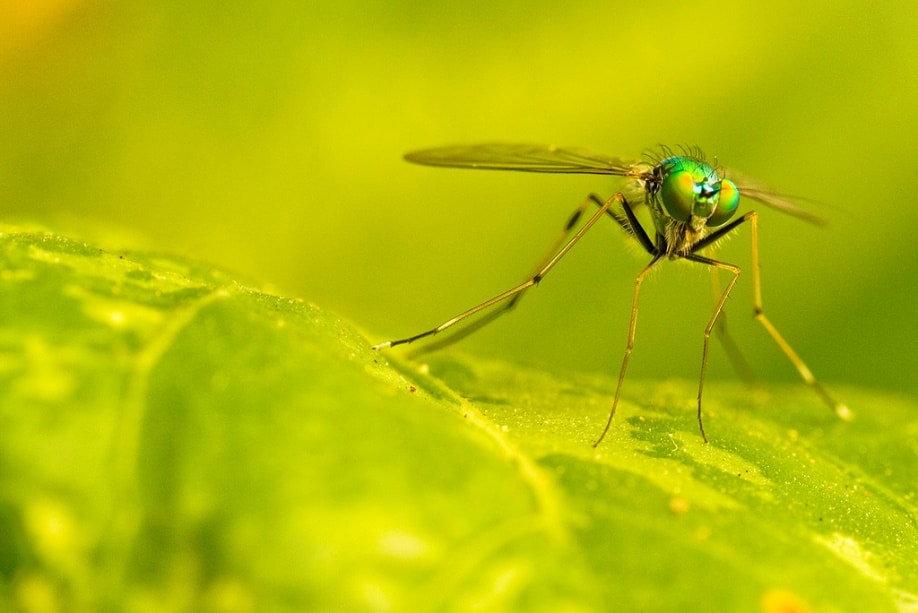 Of course they don’t! Chocolate is the end product, not the thing that grows on trees, silly! But you don’t usually get just cacao farms either. This is because the cacao trees really like the company of other trees. They like to be in the shade of bigger trees so they are often grown with other crops such as banana trees. This also gives the farmers two income streams – result! You’ve got to plant your larger trees well before you put your cocoa trees in, though, otherwise the bananas will take all the goodness out of the soil. 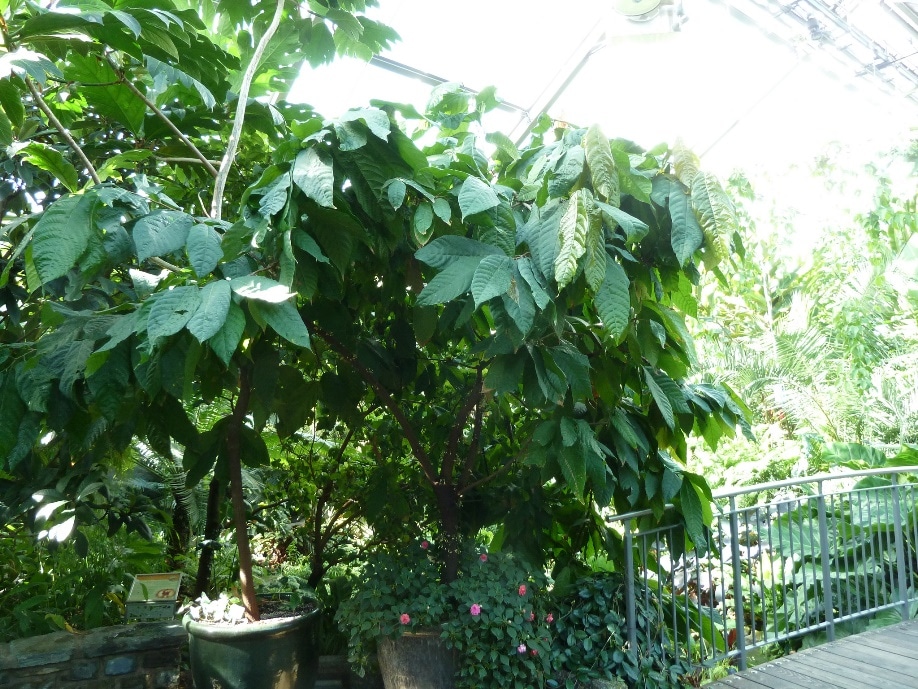 3) It looks weird when it grows

We all know cocoa beans grow in pods, but did you know they don’t grow at the end of a branch, hanging off like an apple or something? They grow ATTACHED TO THE TRUNK! Imagine that! Well, actually, you can look at that, below. I also find it weird that the flowers the pods grow from are tiny, white little things. In my mind, I think they should be large, red and tropical. 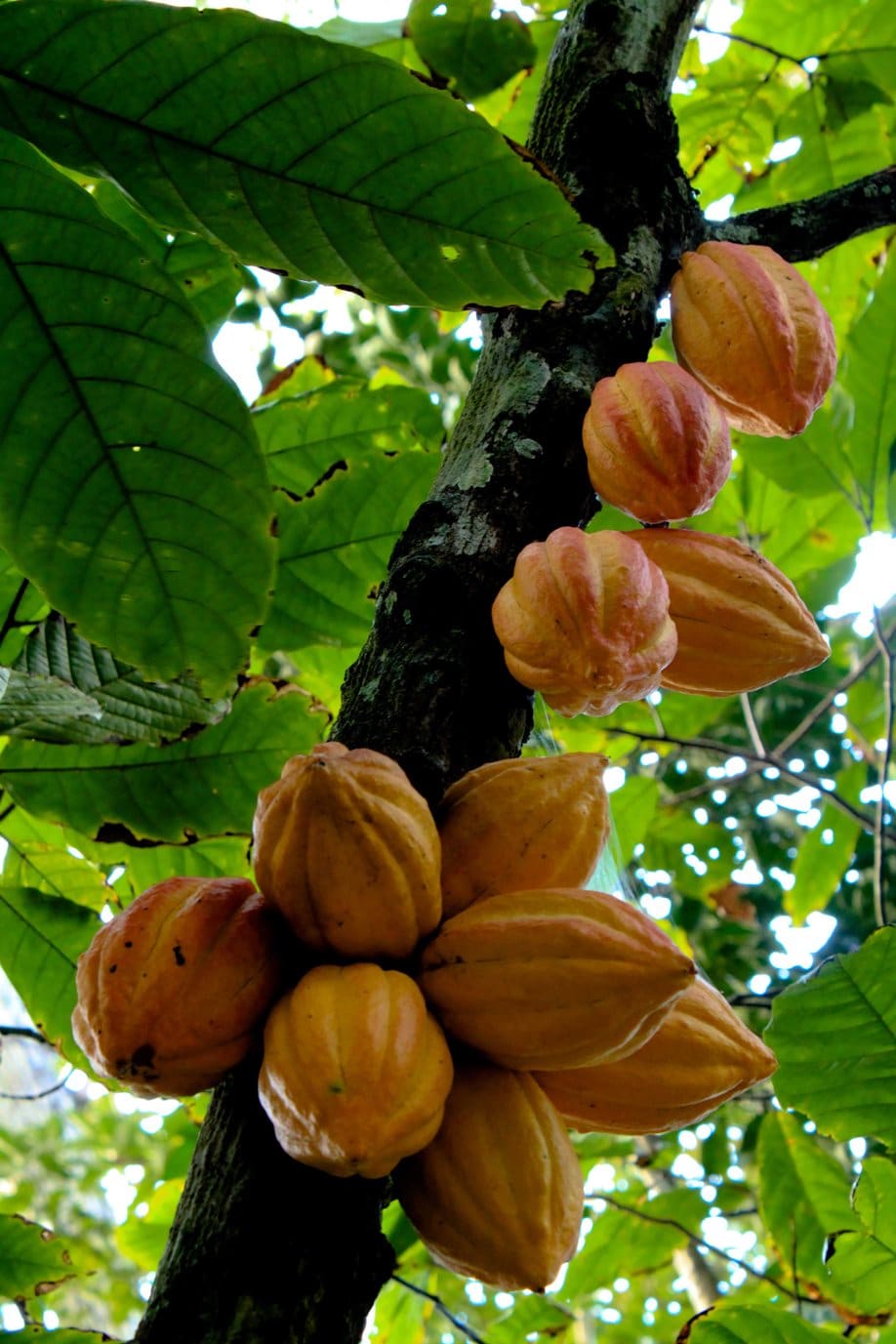 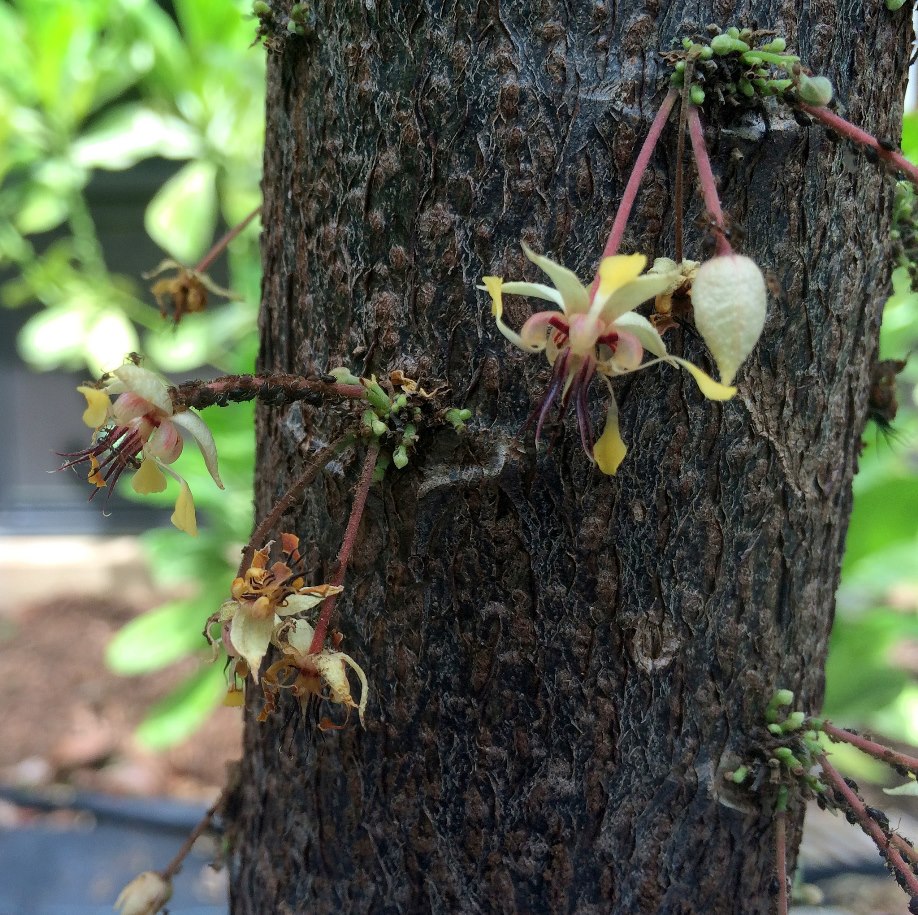 4) Cacao juice is a thing

And it’s soooo good! Not to brag or anything, but I’ve tried it. The precious beans are encased in the pods and around them is a white, fleshy, horrible looking pulp that was, for many years, discarded. However, some savvy farmers have started keeping it and selling it as beverages. I will try to describe it – it doesn’t taste at all chocolatey, but it does taste fragrant and exotic. It looks a bit like lychee juice and is a bit similar in taste as well, but it’s not as tart or sweet – it’s much less brash than lychee! It tastes well healthy. 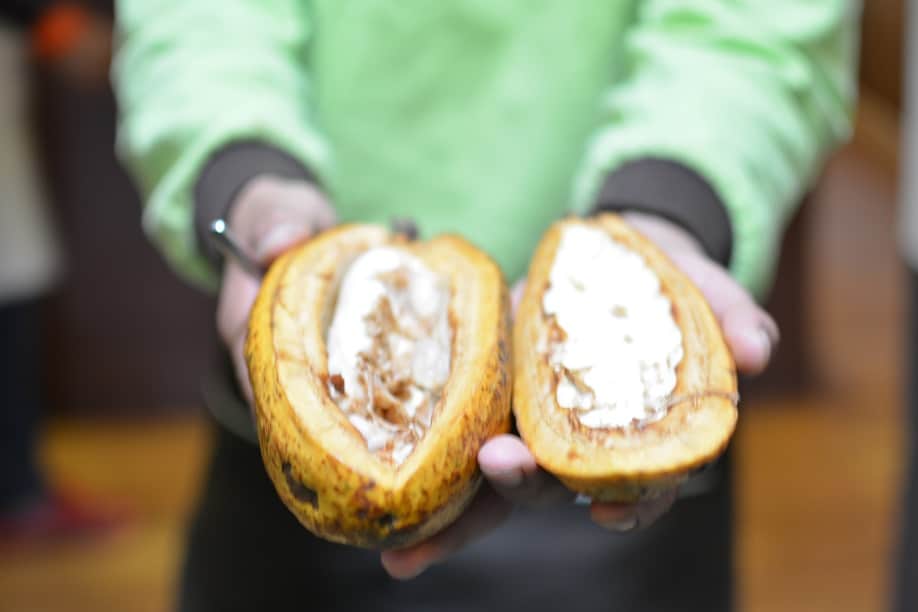 Fact. So why, then, is being a wine connoisseur considered socially acceptable – refined, even – but being a chocolate connoisseur is not held in such regard? In fact, when I tell people I’m developing my chocolate tasting skills, people laugh at me! Just like wine, a cocoa bean’s flavour comes where it’s grown. For instance, a bean grown in Java will have a smokyish flavour because the soil is ash-heavy (there was a volcano there, remember?). Different combinations of beans produce different flavours, and single estate bars can taste radically different to each other. Chocolate tasters have a wealth of descriptive words to use such as earthy, woody, spicy, citrusy and chocolatey (I added that last one). 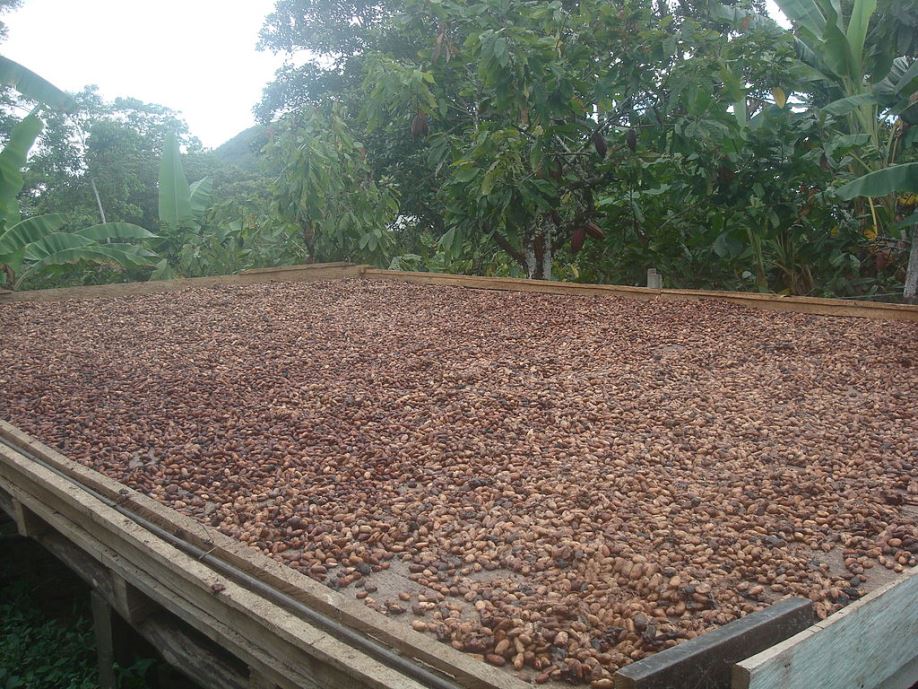 Check out this video of cocoa farmers eating chocolate for the first time. It’ll make you appreciate your Easter egg so much more! 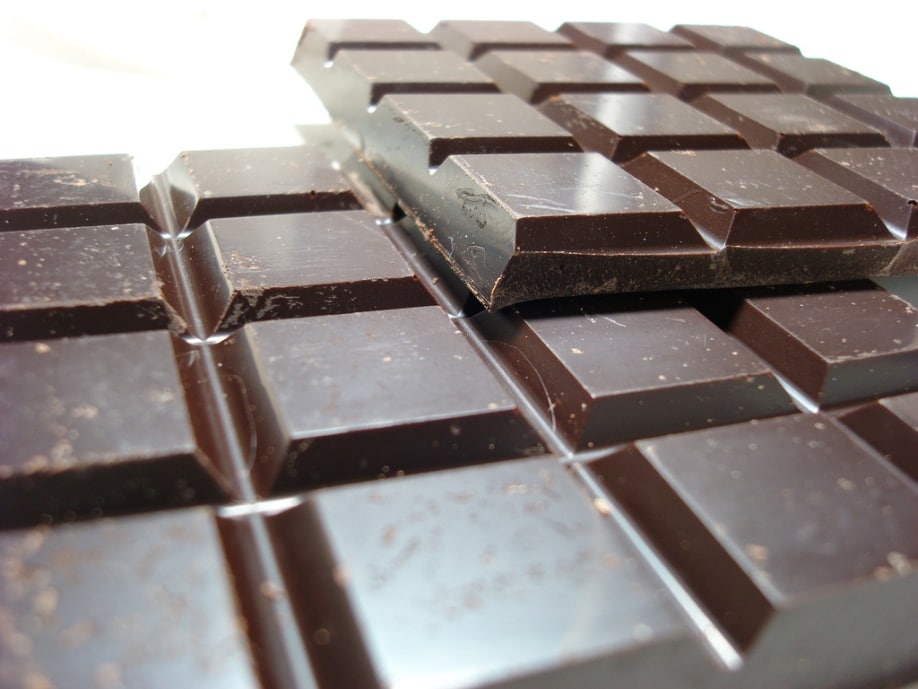 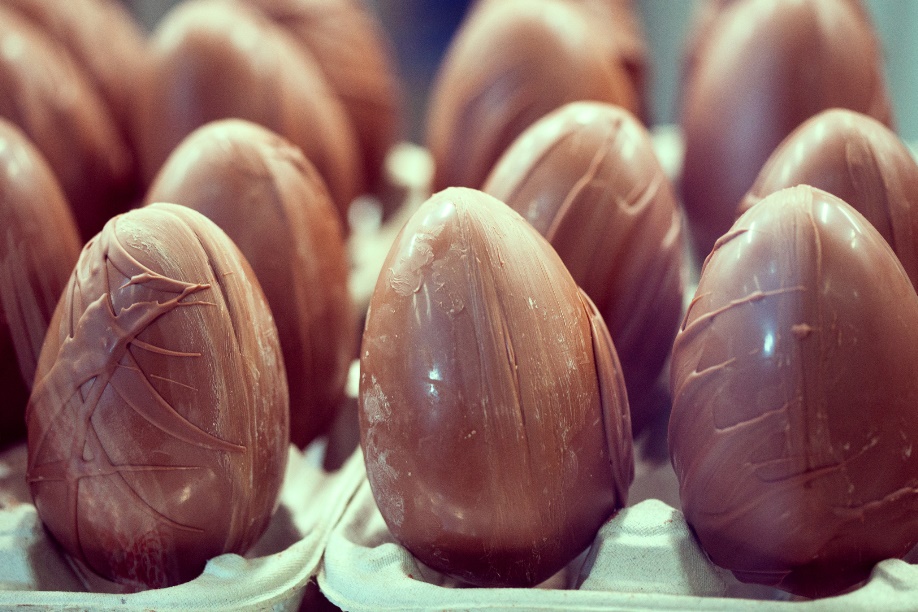