Christmas is obviously a time for great tradition; rolling out your “happy face” when you discover someone’s got you a new pair of socks, re-gifting a soap set from last year, and sacking off work early on Christmas Eve. But there are some longer standing traditions, too, of the food sort, many of which originate from Germany! Mmmm, köstliche deutsche Nahrung! 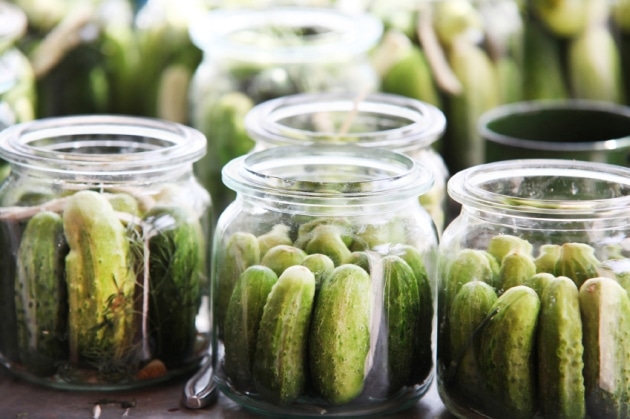 Pickles always seem to make an appearance around Christmas time (unless you’re pregnant, that is – apparently then, they’re acceptable all the time). And we can blame, or thank, the Germans for this. There is a very old German tradition of hiding a pickle – usually a gherkin – in the Christmas tree on Christmas Eve. 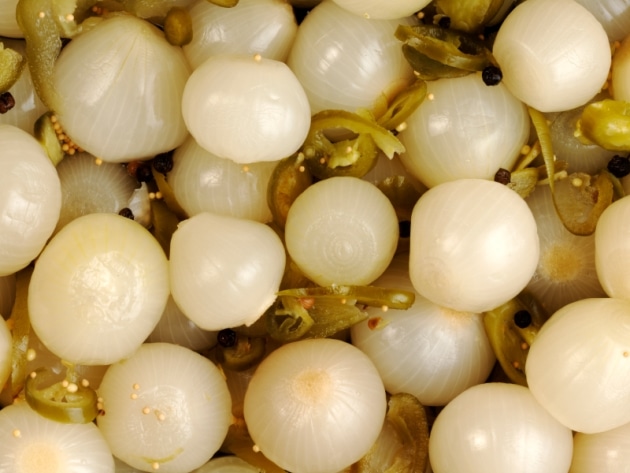 When the children wake up on Christmas morning the first one to find the pickle receives an extra present for being so observant. You’ll be pleased to know that no pickles are harmed during this hunting exercise; pickle ornaments are now used instead of the real thing.
The pickle represents good luck and good fortune for the coming year, so Christmas is the perfect time to indulge in pickley delights. Or even on New Year’s Eve, just before you go in for a kiss! 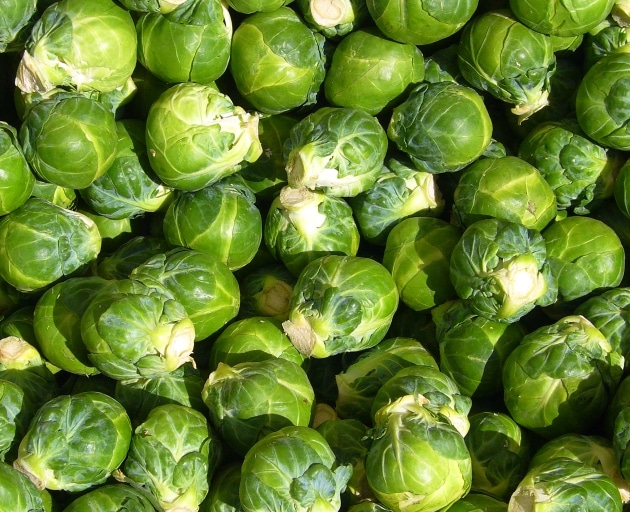 Why, oh why, OH WHY did anyone think that adding sprouts to a perfectly nice dinner would somehow improve things!? Supertasters are not grateful for this tradition at all.
The reason we eat sprouts at Christmas is as boring as the sprout is bitter – they can survive a heavy frost! So back in the day, when Europe was a lot colder in winter, sprouts were one of the few non-root vegetables that made it through unscathed, so they ended up on our plate. 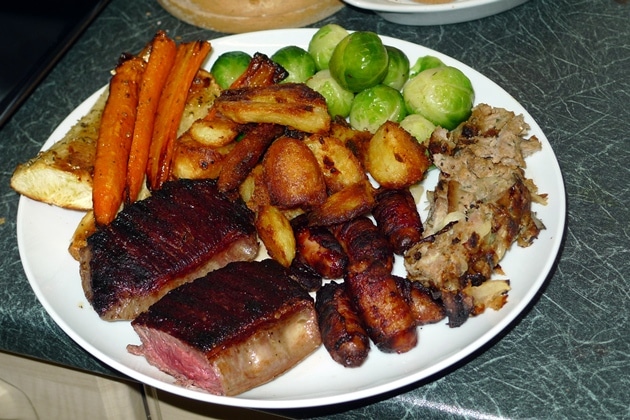 Sadly, this tradition remains to this day, despite us now having a wealth of other vegetables to replace the tiny evil cabbages with, how about a tomato? Or a cucumber? Or even a plantain? 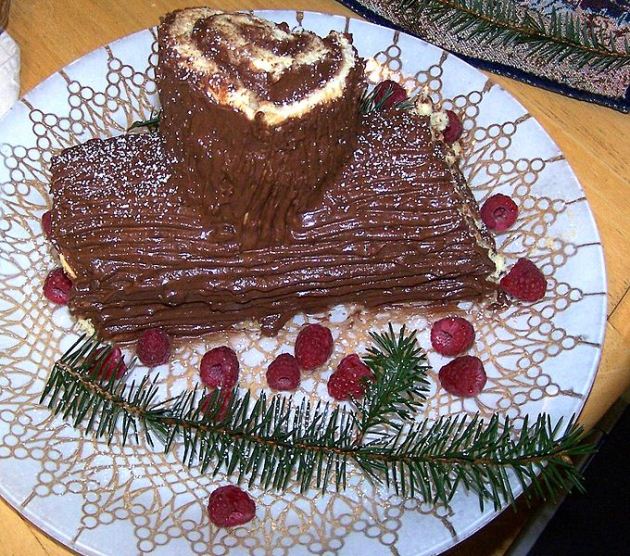 Yule log is by far the tastiest Christmassy cake type thing because it doesn’t have all that dried fruit and nut business in it. But why the log shape, eh? Well, it started as part of German Paganism. To herald the start of the winter solstice festival, a massive log (called the Yule log) was burnt.
During this festival, mistletoe was hung up, too – so Christmas has STOLEN these things from the Pagans. Shocking… Not that I’m complaining – it comes down to chocolate and kissing doesn’t it… Anyway, I digress. Once Christianity starting spreading across Europe, people started to celebrate Christmas, not solstice. 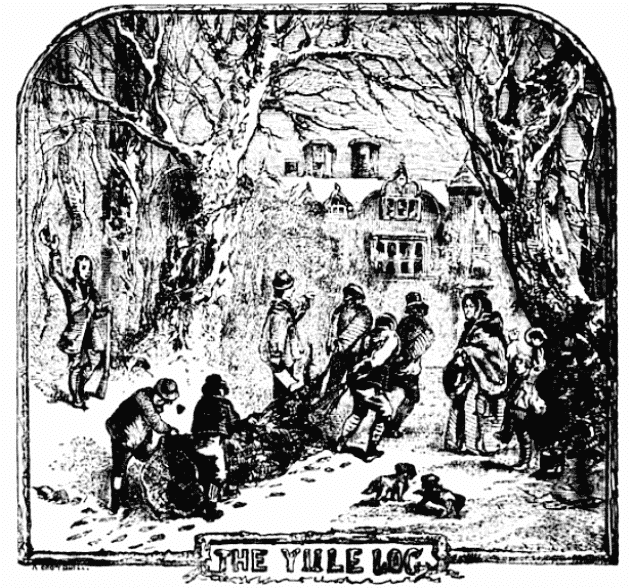 But, presumably because the Yule log kept them nice and warm (and they liked an excuse to kiss people), some traditions remained. Once the need for open fires died out – thanks to electricity and all that – the log took a new form, a chocolate form. And for that we are thankful! 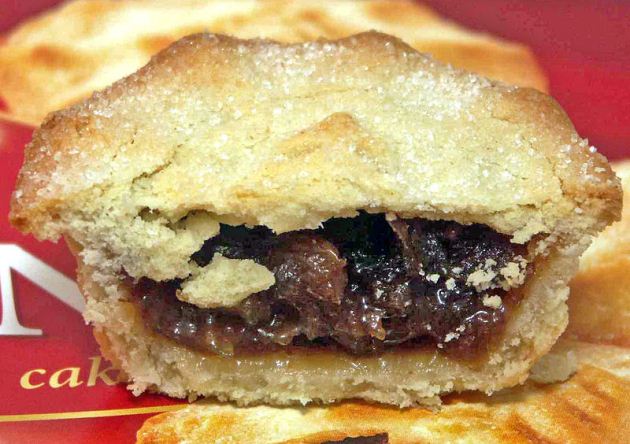 It’s the classic Christmas question – “Mum, why is there no actual mince in mince pies?” Well, once upon a time, there really was! Hundreds of years ago, a mice pie would have been a big old beast and oblong in shape.
It would have had all sorts of meat smooshed up in it such as chicken, partridge, pigeon, hare, capon, pheasant, rabbit, ox or lamb tongue, livers, and mutton all mixed up with some fruit and sugar. What were they thinking!? This dish was known as Christmas pye. 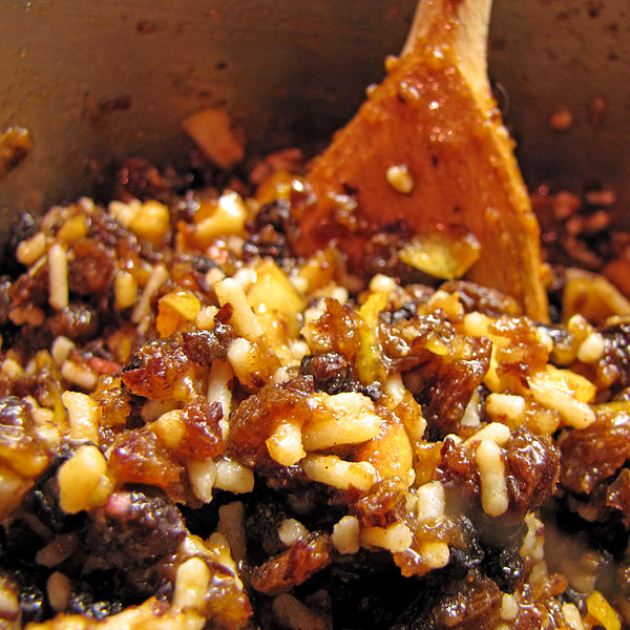 Another ingredient was added to this horror of a pie during medieval times. When the Crusaders returned to Britain from Jerusalem, they brought with them loads of spices, which were added to the pie as well. Gradually, over years the meat was replaced by the spices and the pie got smaller until it was made into individual servings, which were called wayfarer pies.
I would have assumed this was a pie of sunglasses, but apparently not. Although, the name was evidently a bit confusing, as it was changed back to mince pies again… but, as we’ve already established, that’s quite confusing too! 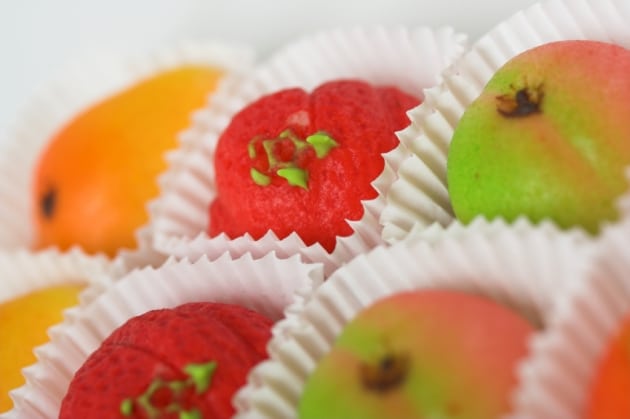 This confectionery delight is something of an acquired taste – if you’re under 30, you’re probably still waiting to acquire it. I blame the fruit cake for giving it a bad name. It is thought to have originated in ancient Egypt, where they simply mixed ground almonds with honey.
As time went on variations were created and eventually, marzipan as we know it was developed. But why is it linked with Christmas? Well, once again, the Germans have got something to do with it! Much like the pickle, the pig also symbolises good luck and good fortune.
This is because if German farming families had a pig at the end of the year, they considered themselves lucky as they could survive the winter. There is even a phrase, “Ich habe Schwein gehabt”, meaning “I have pig”, which equates to “I have been lucky”. Pigs began appearing on greeting cards and models were given as gifts. 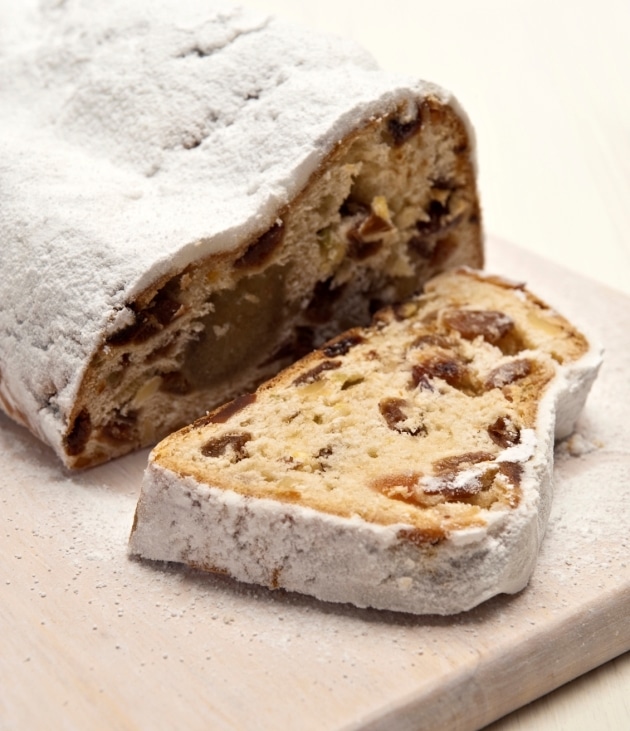 As marzipan is much like tasty, edible clay, it became very popular to mould little pigs out of it for Christmas gifts… which is where the Christmas marzipan tradition came from! Now it’s made into all sorts of shapes. It’s in Christmas Stollen cake and used to make decorative Christmas scenes for fruit cakes too.
Photo credits: Eric Hunt, Ewan-M, ABPend, Jmb and Stuart Caie