Let’s talk about Spanish drinks, shall we? No, not sangria. I’m not sure if anyone actually drinks sangria in Spain. I’ve never seen it being drunk by anyone other than tourists, but if you know different, let me know!

You may or may not know that InsureandGo is owned by a Spanish company. Well, as you can imagine one thing led to another and I’ve ended up with a Spanish boyfriend, and he has introduced me to a whole new world of beverages. 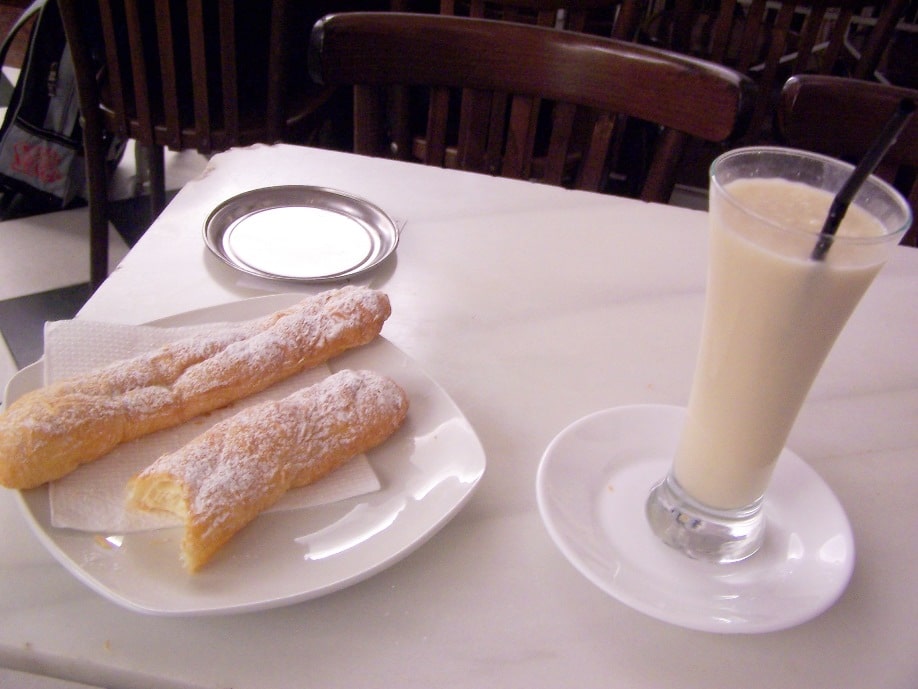 I first heard about this in a Spanish lesson and decided I liked it. It’s a milky drink (although non-dairy) made from tigernuts, served ice cold. I don’t really know what tigernuts are, but don’t they sound exciting?! Next time I went to Spain, I hunted it down. I found myself a little bottle of Chufi, a brand of Spanish horchata. I wasn’t really prepared for what I was about to taste. I was expecting it to be vanillary and cinnamony. It was not. It was sweet – so, so sweet. And it tasted of… well, I don’t know. Tigernuts, I presume. 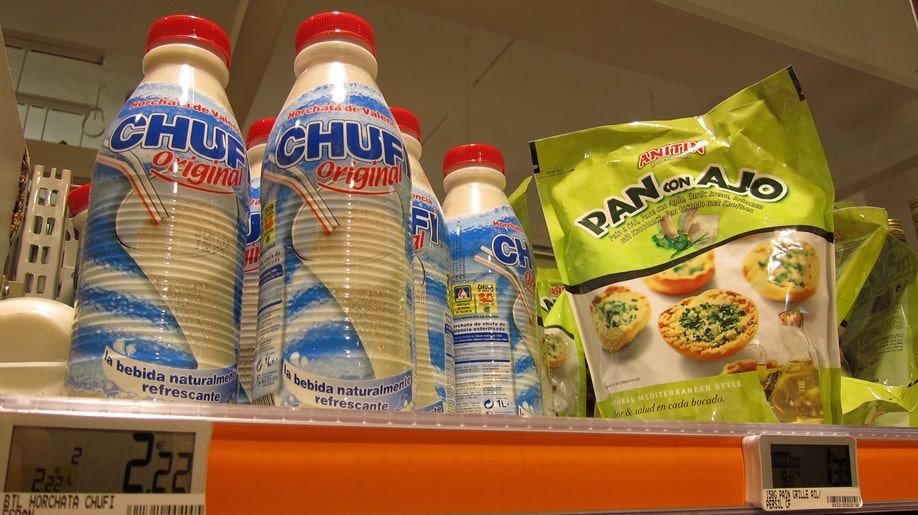 It turns out that tigernuts are the edible tubers (like a root) of a weed/plant. Mmmmm. Actually, it was pretty nice, I’d just never tasted anything like it before. Give it a try – you can buy it online. 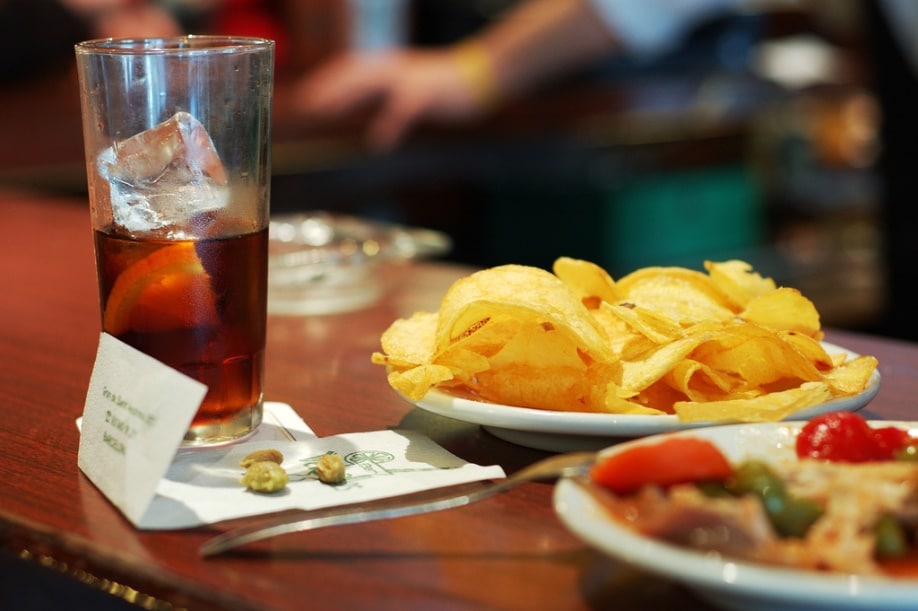 Vermouth, as we say here, is Italian but the Spanish have taken it as their own. La hora de vermut (the hour of vermouth) is very popular, especially on Sundays; you go out for a little snack and a glass of vermouth, poured from a tap, over ice and often with a slice of orange, before you have la comida. La comida is the equivalent to our dinner – it’s the main meal – but it’s eaten at around 2pm, which makes it a large, late lunch in my book. The vermut and snack are said to get the appetite going in preparation for what’s to come. 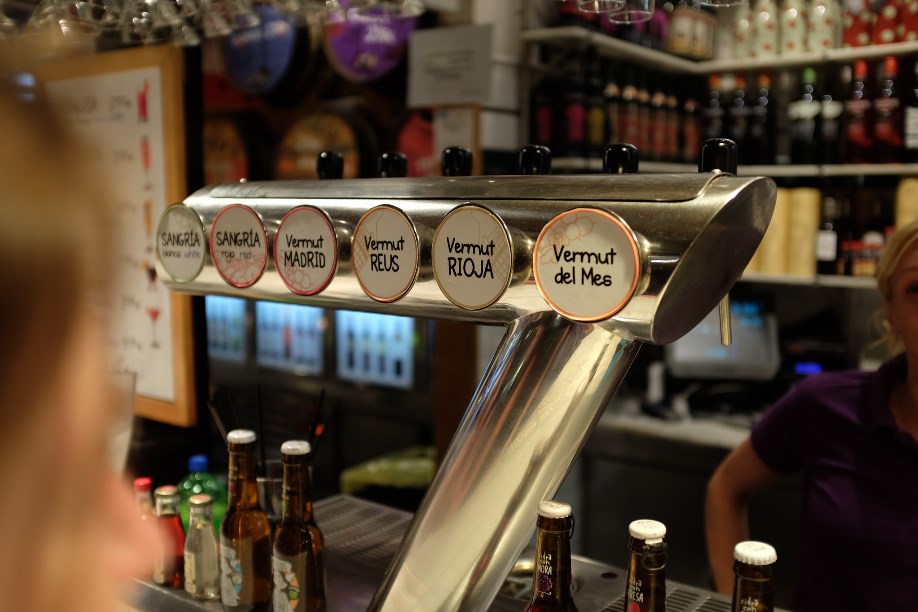 I was never keen on vermouth; me and my friends “borrowed” some from my Mum’s cabinet when we were about 16. We were not ready for that taste sensation. However, when in Madrid, I felt that I should do as the locals do. And I liked it! But that might have been because it was so cold. It’s possible I would have enjoyed anything colder than I was. It also helped that I was eating pickles on a stick with it. 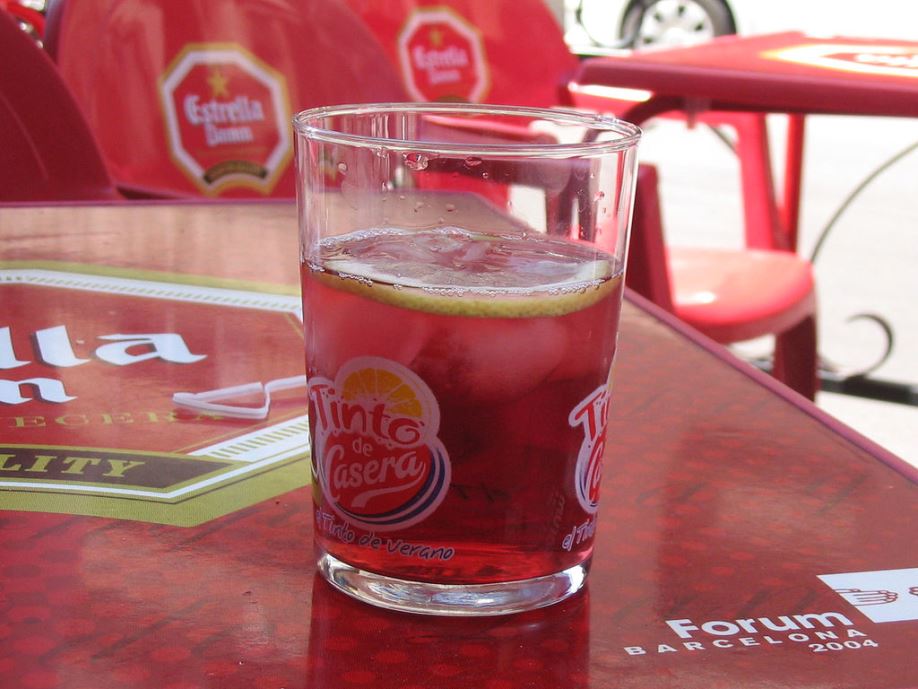 This is the only way to drink red wine in my book – cold, sweetened and diluted. It literally translates to “summer red” and I suppose this is a bit like sangria but without all the fruit, which somehow makes it seem classier. It’s one part red wine mixed with one part fizzy drink served with ice. The fizzy drink is usually a mild, low-sugar, lemonade called La Casera, but if that’s not available, a mix of soda water and Sprite (or similar) will do. 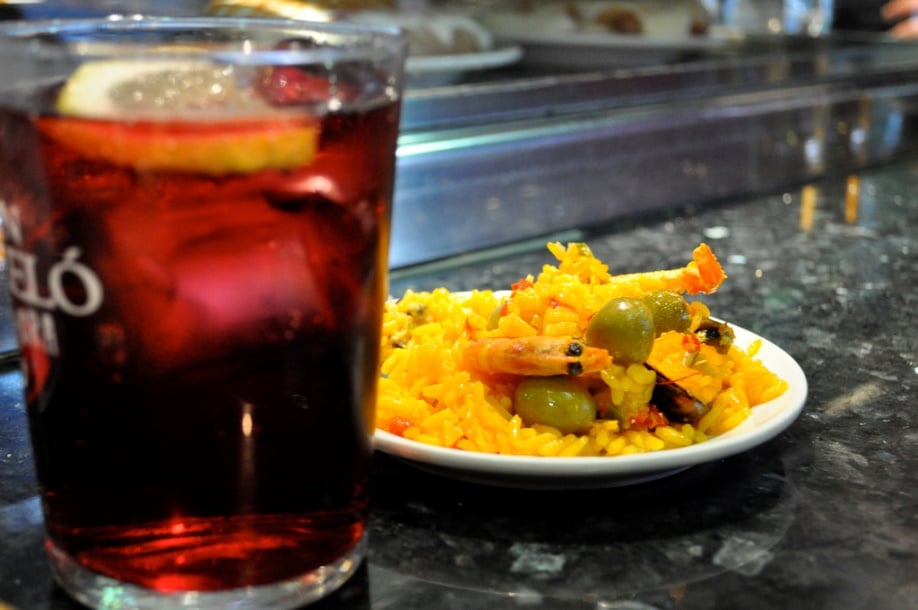 I can’t help but think this is like a red wine starter drink, to ease you into drinking red wine when you’re younger and your taste buds can’t handle it yet. I’m still waiting for the transition, aged 32. 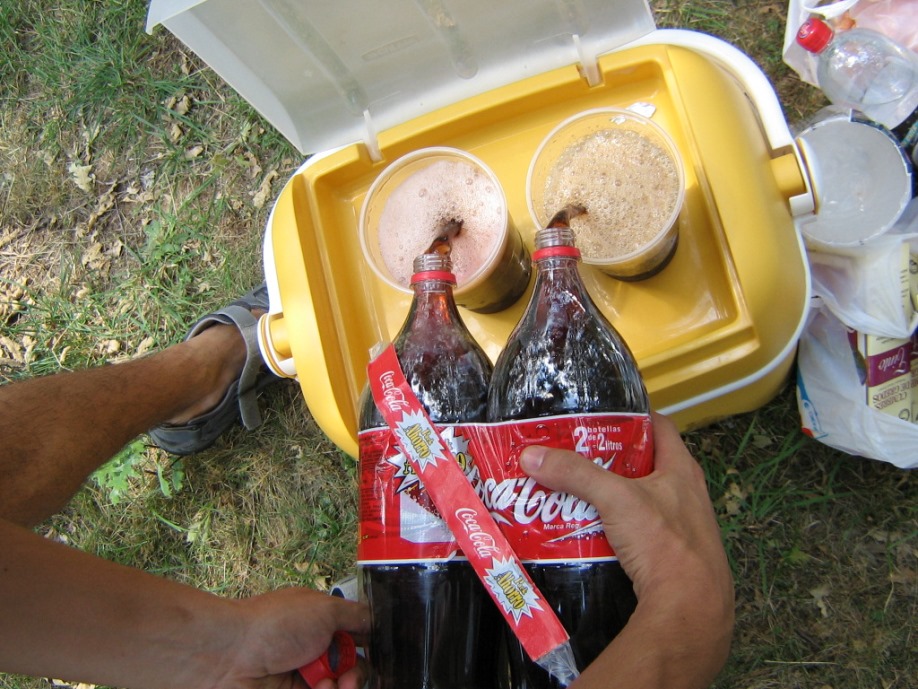 If you were reading the above thinking, “What a terrible thing to do to red wine!”, you may want to stop reading now. When my boyfriend told me that he drank this, in the street, with a group of friends, I wondered what sort of animal I was going out with. This is red wine, the cheap stuff – thankfully – mixed with coke. Just let that sink in for a moment. It’s one thing to mix it with lemonade, it’s quite another to mix it with coke. I haven’t tried this. I don’t think I will. When I think of it I start to feel hungover. 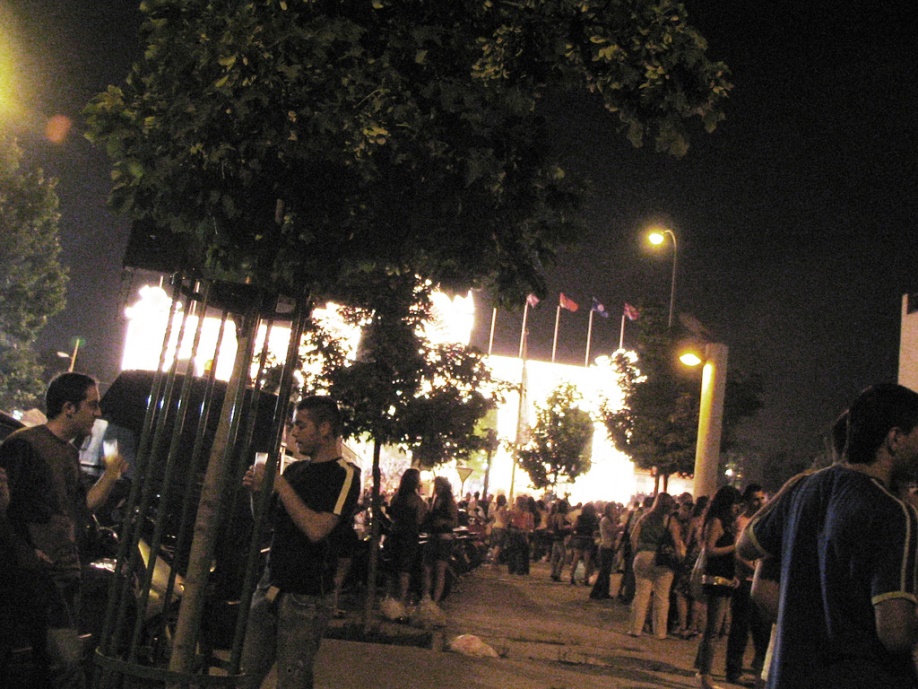 This drink is often shared around a group of young(ish) drinkers during a botellon (pronounced, to my amusement, “botty John”, maha!). It’s made in a large coke bottle and poured out into plastic cups. Botellon means “big bottle” and it’s a social gathering that consists of drinking in the street. I’m baffled by this. Surely that’s the sort of thing that gets you an ASBO? Apparently not in Spain; they know how to behave. Plus the weather is a whole lot nicer for outside drinking. 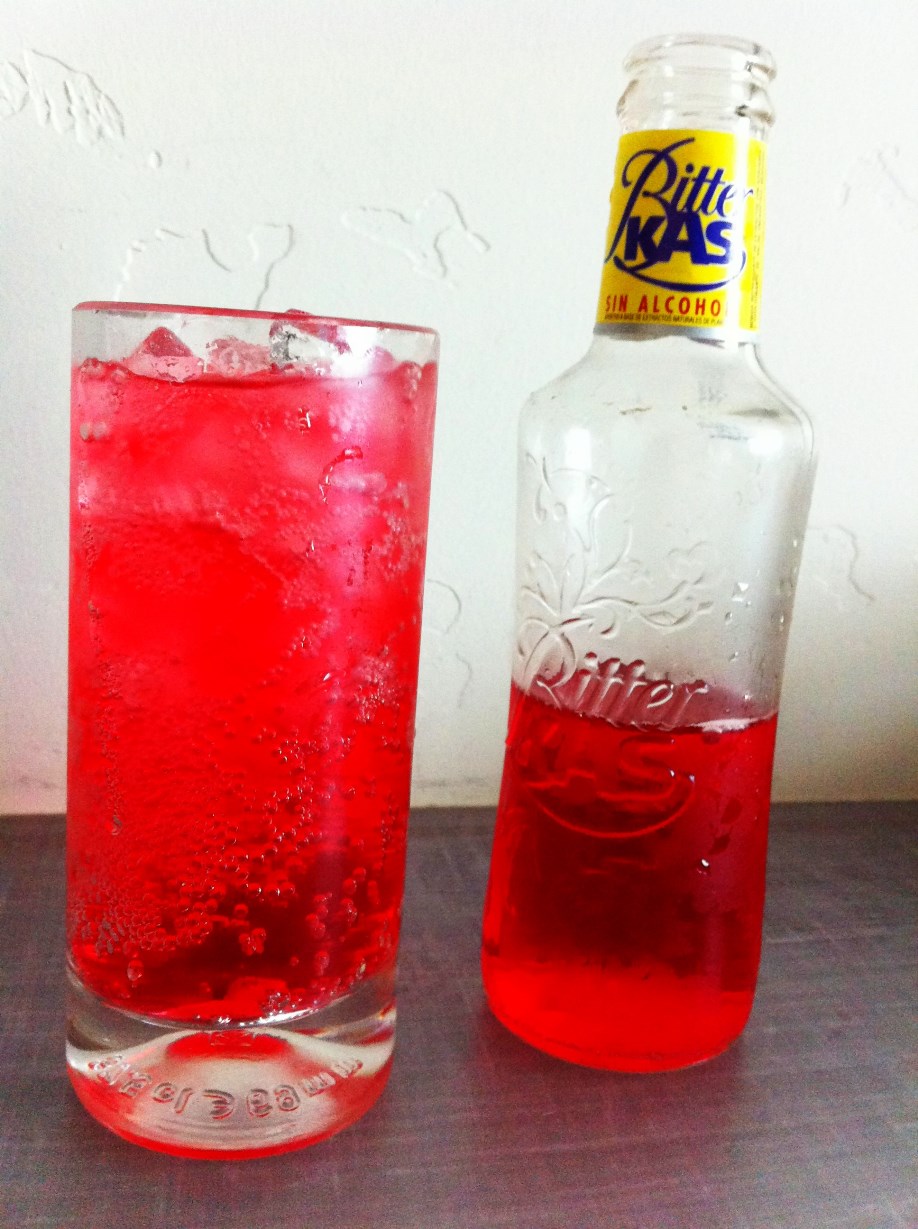 Bitter filth, more like. My boyfriend told me that this fizzy drink reminded him of his childhood. When I asked him what it was like, he struggled to describe it. So, thinking I was being thoughtful, I shipped in a box of 12 cans for his birthday in December. Not one full can has been drunk. It is the bitterest bitter thing I have ever tasted. I can’t imagine anyone ever acquiring the taste for this. 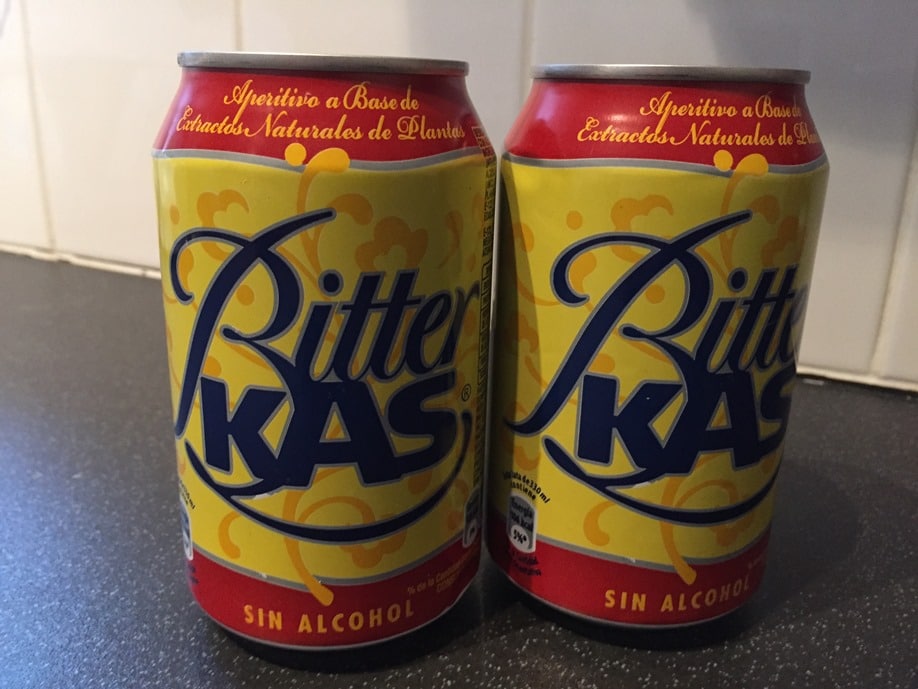 Kas do other flavours too; orange, lemon, apple and grapefruit, all of which I imagine are considerably better than the bitter “herbal extracts” flavour. I believe Kas is also available in various places in Europe and South America, if you are interested.