Home » Blog » 6 delicious cakes from around the world

There are some people that profess that they are “not big on cake”. Well, I pity them and their inadequate taste buds. Eating cake is one of my greatest joys in life, and it plays a large part of my holiday experience. I like to hunt down and assess regional cakes; I regard it as a hobby, a serious hobby. I haven’t yet tried all of the cakes below. But don’t worry… I will. 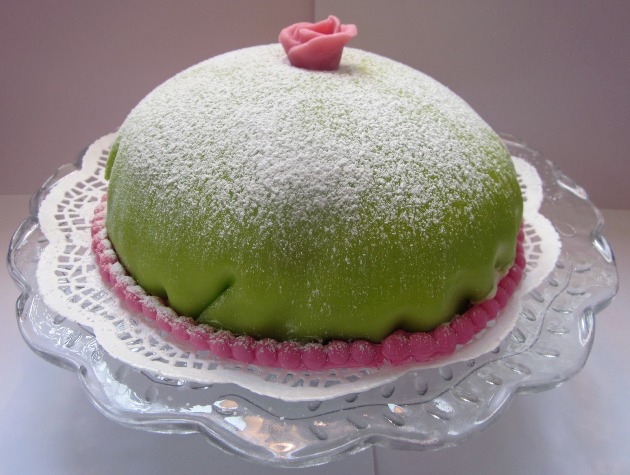 Photo credit: Cupcakesfluffan
I’ll admit it – this is the only cake from the list I’ve tried. But what a cake to try! No one is really sure why it is called a princess cake, although it’s believed it was popular with some Swedish princesses many years ago. Even if that wasn’t the case, the name really suits it; you couldn’t get a more feminine, elegant, tasteful cake. It is regal!
Made from layers of light sponge, raspberry or strawberry jam and custard cream, it’s domed-off at the top with fresh whipped cream and covered with a layer of thin, pale green marzipan and decorated with a tiny crown or a pink flower. The princess cake is a work of art as well as a delicate delight for the tongue. 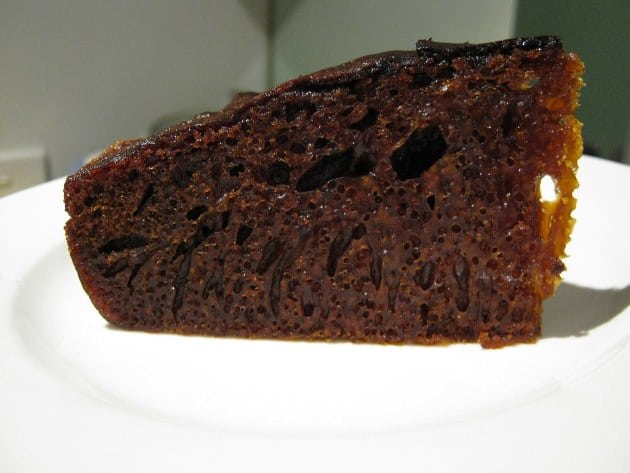 Photo credit: Passionatemae
The Malaysian honeycomb cake doesn’t actually have any honeycomb in it. It doesn’t even have any honey in it. It gets its name because of the way it looks; it has bubbles within it which makes it look like honeycomb. In the pictures I’ve seen, I think this is debatable. I can confirm it does look delicious, however.
Its texture is dense, springy and moist and its deep brown colour is due to the sugar being caramelised before it is added to the rest of the cake mixture. It’s this caramel that is said to give the honeycomb cake its distinctive rich, but slightly bitter, taste. 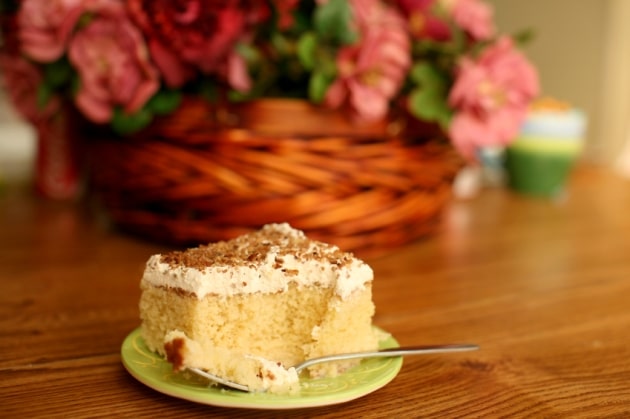 Pastel de tres leches, or three-milk cake is hugely popular in Mexico and many other South American countries. It doesn’t sound immediately appetising to me, but it isn’t quite as insipid as it sounds; the three milks aren’t just skimmed, semi skimmed and full fat. In fact, a moist sponge cake is soaked in evaporated milk, sweetened condensed milk and cream (and sometimes a dash of the good stuff – rum) and then topped with fresh whipped cream, making it extremely dense and moist, but not soggy!
The history of this cake is a bit of a mystery. It’s thought to have been printed on the back of evaporated condensed milk cans during World War II, which is what lead to its current popularity. Although where it came from originally isn’t clear, both Nicaragua and Mexico claim to have invented it! 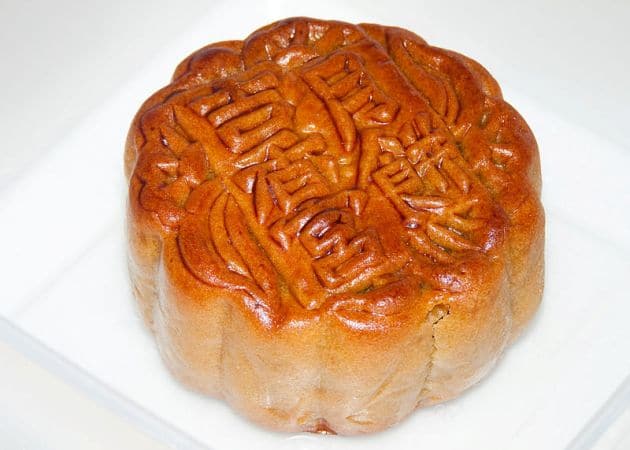 Photo credit: Lybil BER (CC BY-SA 3.0)
How exciting does a mooncake sound?! It’s what dreams are made of! Actually, it’s more of a moon pie and is eaten as part of the Chinese annual Moon Festival, held every autumn. The cakes are usually round and roughly the size of a palm. The filling is made of red bean paste, or lotus seed paste, and is dense and sweet.
There is a hidden surprise in the middle though; a salty, duck-egg yolk that represents the full moon. This, unsurprisingly, is said to be somewhat of an acquired taste! The innards are all wrapped up in a sweet pastry and pressed with a pattern. Sometimes the cakes show the Chinese characters for harmony or longevity along with flowers, sometimes they show the moon goddess Chang’e or a rabbit, which is a symbol of the moon! 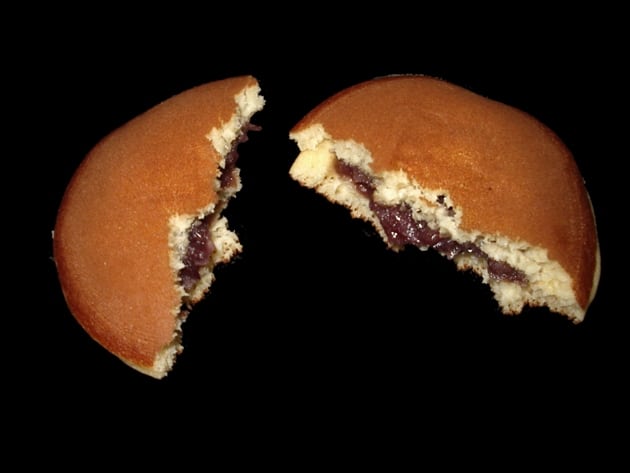 Photo credit: Moja (CC BY-SA 2.5)
Dorayaki is a type of cake that consists of two Japanese pancakes sandwiched together with sweet azuki red bean paste. I am reliably informed that they are the favourite food of Doramon, gadget cat from the future (a Japanese manga series) which may make them seem a bit childish.
However, these pancakes have a long history and go back much further than the gadget cat. Legend has it that the first dorayaki were created by a farmer after a samurai, who was hiding in his farm, left his gong there. Upon finding the gong (called a dora in Japanese) the farmer fried his pancakes in it, creating the first dorayaki! 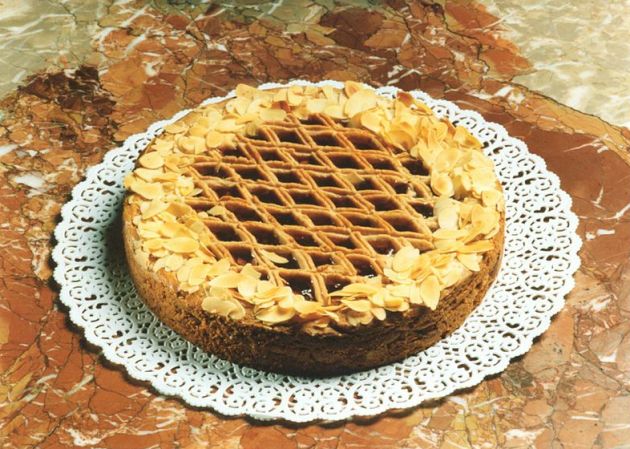 Photo credit: Leo Jindrak (CC BY-SA 3.0)
The linzer torte is considered the oldest cake in the world by some, although I have no idea how that can be substantiated. It was mentioned in print as long ago as 1653, but who’s to say there wasn’t an older cake that just hadn’t been mentioned before?! What we do know for a fact, however, is that it was named after the city of Linz in Austria, although I’m not sure why.
The cake, or tart, is made from an almond-rich pastry and covered with a thick layer of jam, strips of the pastry are placed over the top to give a lattice effect. It’s a bit like a big, pretty, nutty jam tart!

So ensure your travel insurance is up to date and get out there!