Home » Blog » 6 healthy eating habits from around the world

I did that post-Christmas double-take earlier when I looked in the mirror and realised that one just cannot breathe in that many mince pies. I know that we’re a couple of weeks in now but there are still toffee pennies left and it feels like it would be unfair to leave them out, you know?

And while I’m sure some of you smug, fit lot are already well into the swing of things (I know some boring dedicated people that even managed to stay perfect over Christmas), we normal people could do with some inspiration. So here are some healthy eating habits from across the world (warning, there may be some crazy fad ideas too!) So grab your travel insurance and let’s check out some healthy alternatives from around the globe. 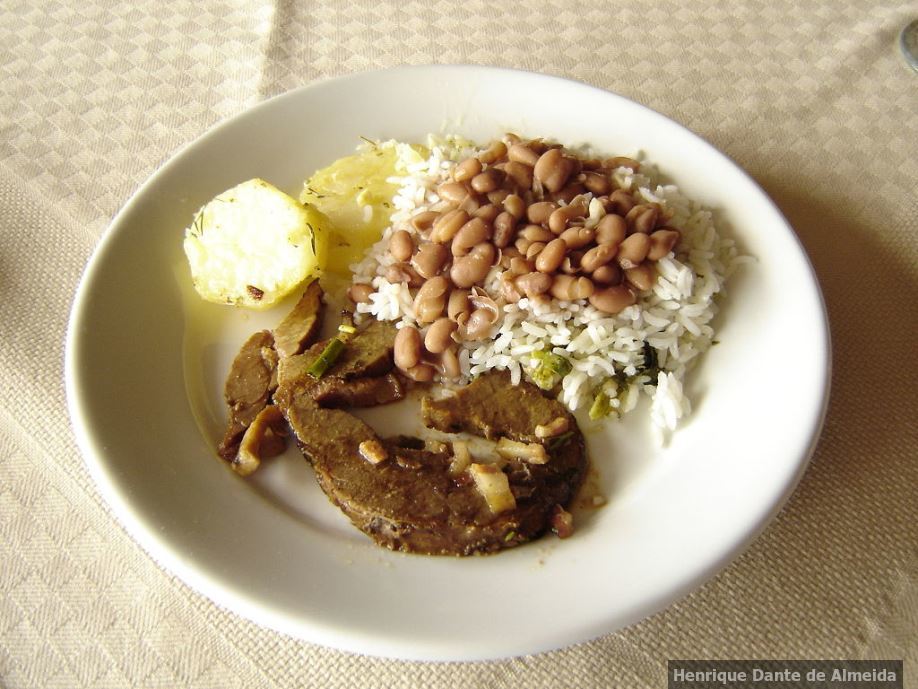 A favourite amongst celebrity jungle dwellers and, it turns out, a very healthy alternative to the Western diet. Relying on starchy carbohydrates seems like a sin in our protein-in-everything society, but using carbs such as chickpeas, beans, and lentils (which, we found out recently, signify wealth in Brazil) as a mainstay can stabilize blood sugar and promote fullness – i.e. stop over eating. 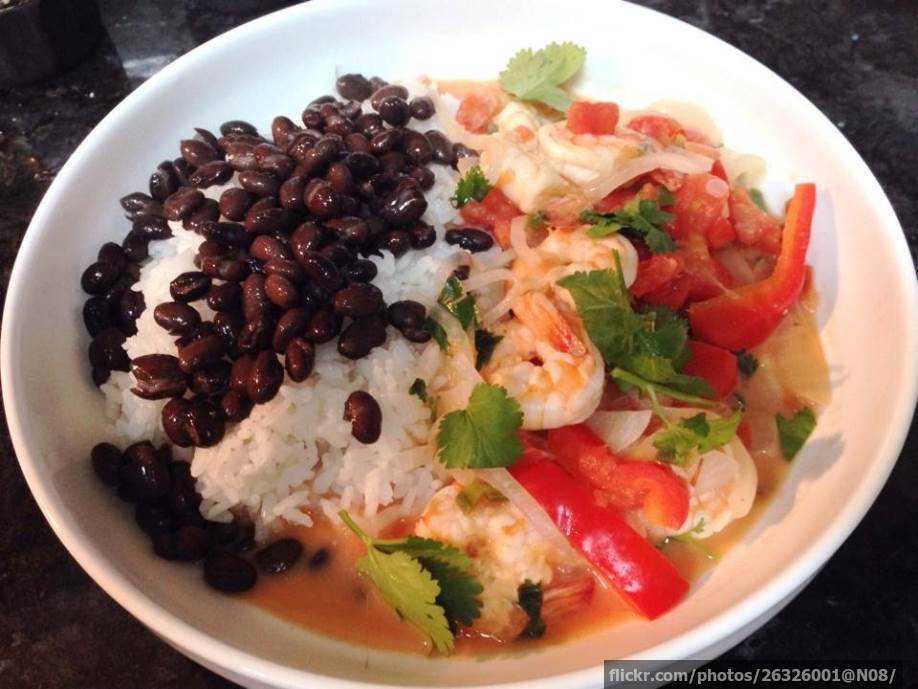 It has actually been found that a diet like this can reduce your chances of becoming overweight by 14%, versus your average US diet. Besides, anyone that crowd-watched last year’s World Cup will know that the Brazilians are an attractive bunch, so we’ll have some of what they’re having, please! 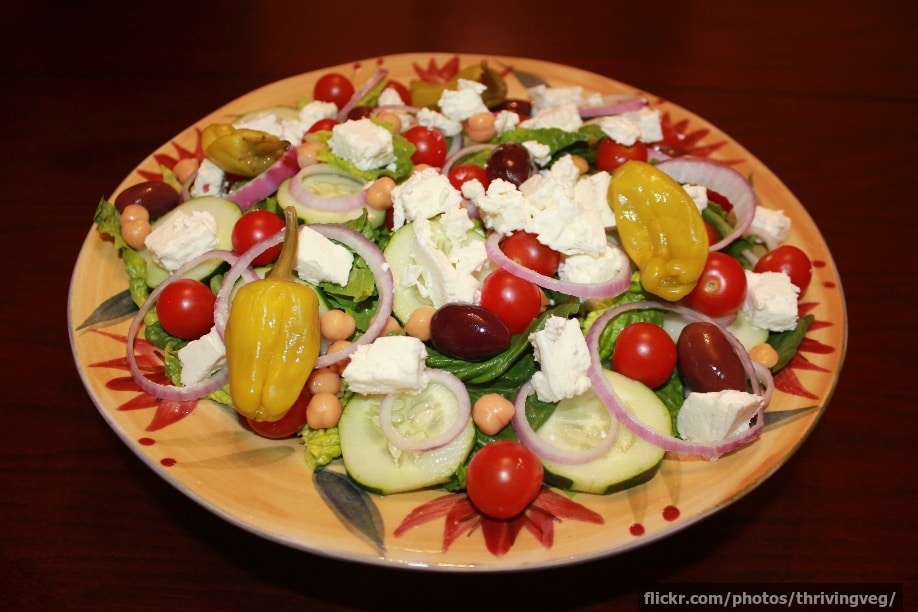 Growing up in the UK seems to harbour in us a common misconception that dinner must consist of some form of meat. Obviously, there are vegetarians, vegans and pescetarians among us, but for the most part, meat is a staple that we’d struggle to go without. Despite that, I know we carnivores have all looked down at our ham sandwich lunch and then at a vegetarian’s varied and colourful midday meal and been a little bit jealous… 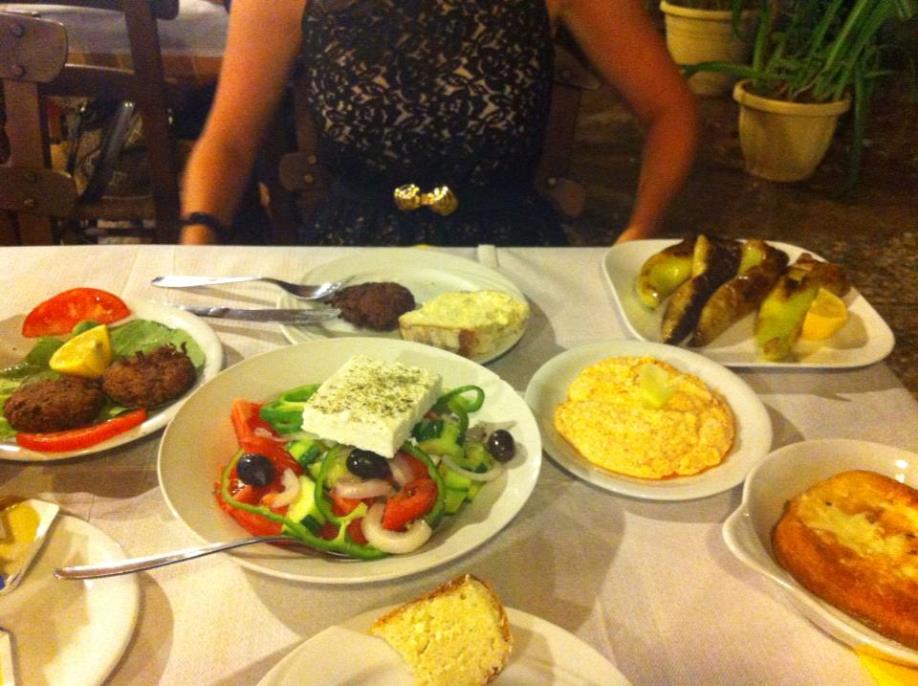 In this respect, there is much we can learn from the fabulous diets of the Greeks, where meat is often treated as a supplementary item. Using vegetables like artichokes, eggplant, tomatoes, and spinach, and obtaining protein from chickpeas and nuts – as well as using heart-healthy olive oil – can make for some wonderfully tasty, nutritious meals.

Bananas in the morning | Japan 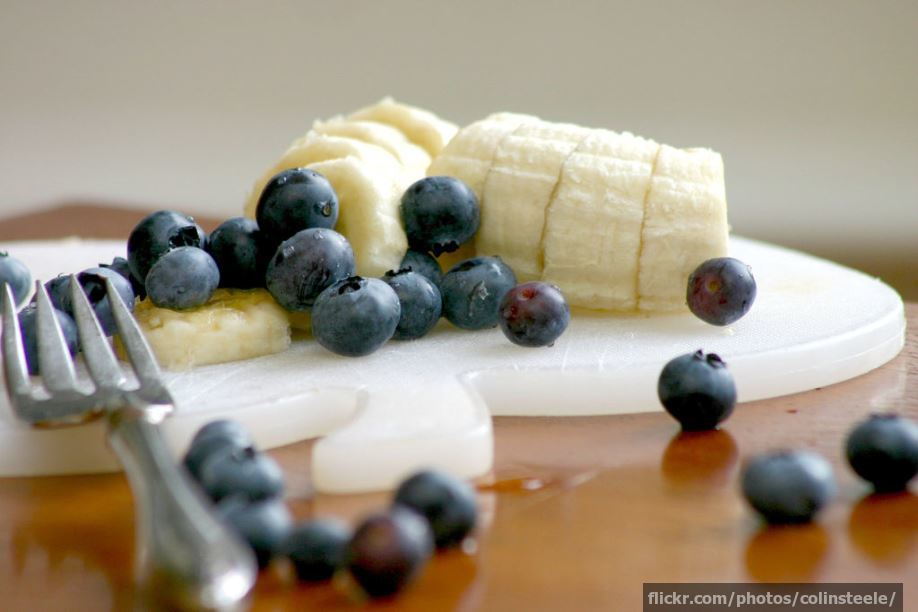 The morning banana diet is a weight loss diet that was popular in Japan back in 2008. So popular, in fact, that it caused banana shortages in food stores all over Japan (you could say that they went bananas for it…) The original plan was described by one Japanese university professor as being a “fad diet” due to a lack of nutrient balance, but less extreme versions of the original have been made that can help users lose weight as part of a more balanced diet. 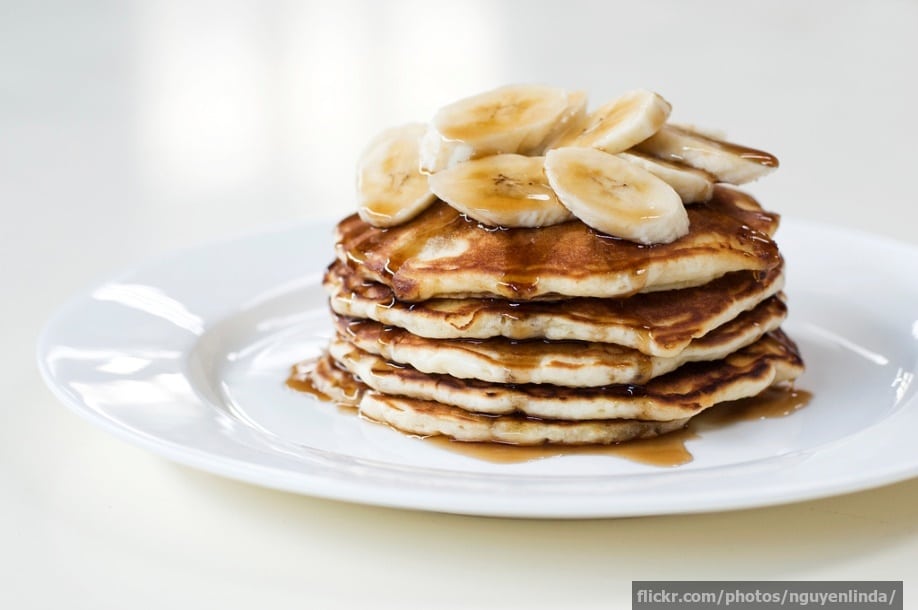 One such version allows dieters to have unlimited bananas for breakfast, so you can go absolutely potassium crazy if you wish! Although, too many bananas could be rather hazardous, as said potassium is radioactive. You’d need to eat about 400 in a day, though, so you should be okay! After your banana binge, you can actually have whatever you like for lunch or dinner with this diet, just as long as you drink plenty of water at room temperature, don’t eat after 8pm, and are in bed by midnight – I’m sure I could live with that! 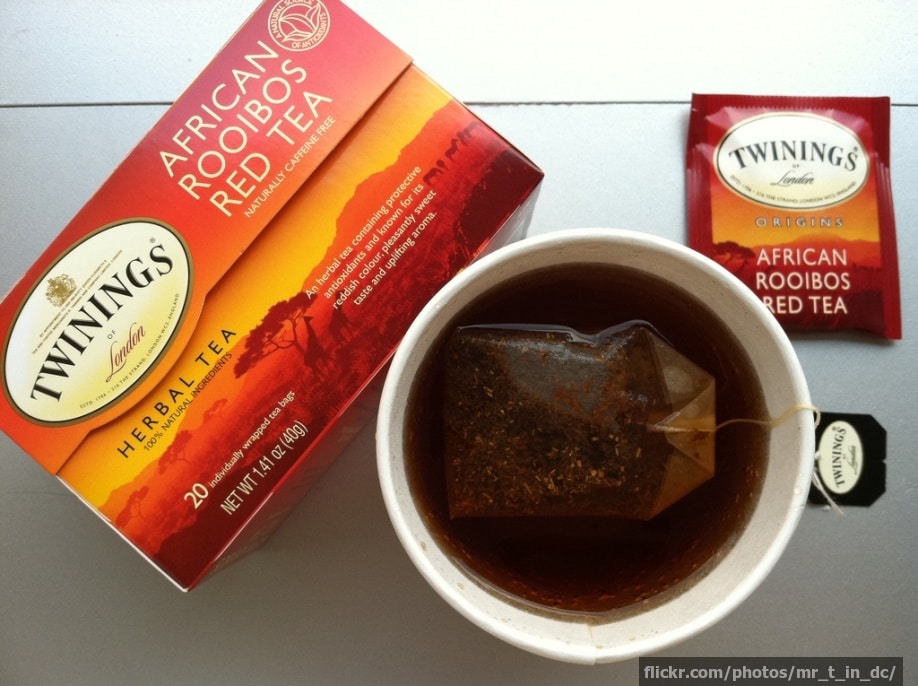 There are so many different types of tea out there and many of them are known to offer significant health benefits. Often, people look to the health fanatic’s favourite green tea for these benefits, but rooibos tea, hailing from the South African plant Calicotome villosa (no we don’t know how to say it either), offers some interesting health benefits too. 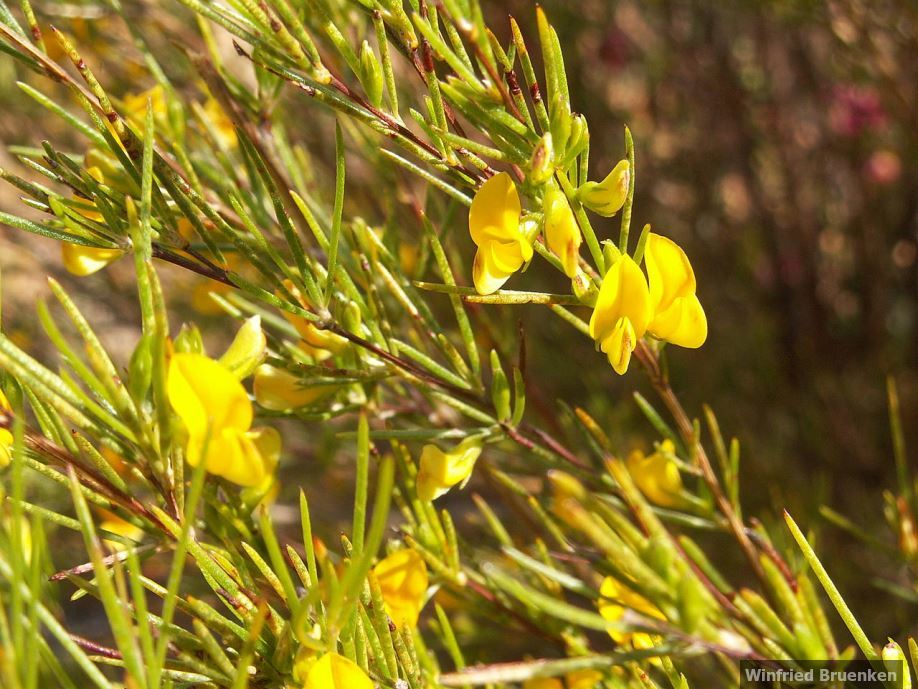 Rooibos tea has a fuller flavour than green tea which, let’s face it, tastes like a watery cabbage. Part of the benefit of rooibos tea works in the same principle as drinking other teas and even lots of water – keeping well hydrated can help avoid hunger pangs, as dehydration is often misinterpreted as hunger. In addition to this, rooibos is completely caffeine free, meaning that anyone can drink it, and in unrestricted quantities – some South Africans drink 5-6 cups a day. It also contains antioxidants, which are found to promote exercise-induced fat loss, improves circulation and – lastly but no means least – studies have linked it with the prevention of some cancers, and protection from Parkinson’s/Alzheimer’s disease. We’ll drink to that!

Spice up your life | Thailand (among others) 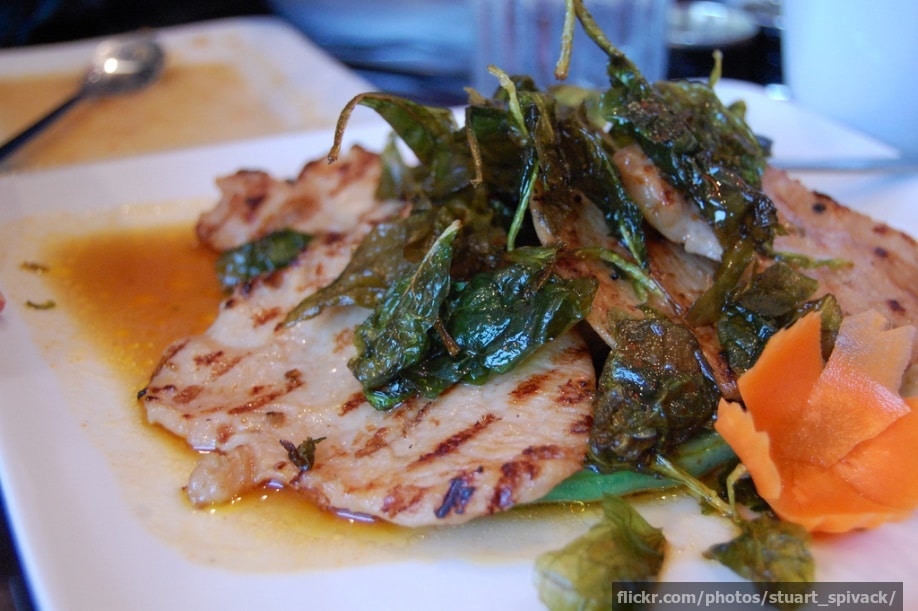 The cuisine of Thailand is famed for its use of exotic herbs and spices, some of which can be very spicy indeed. Among the beautiful lemongrass fragrances and lashings of creamy coconut milk, you will often find some pretty hot chillies. Chillies are known for being great at speeding up your metabolism. 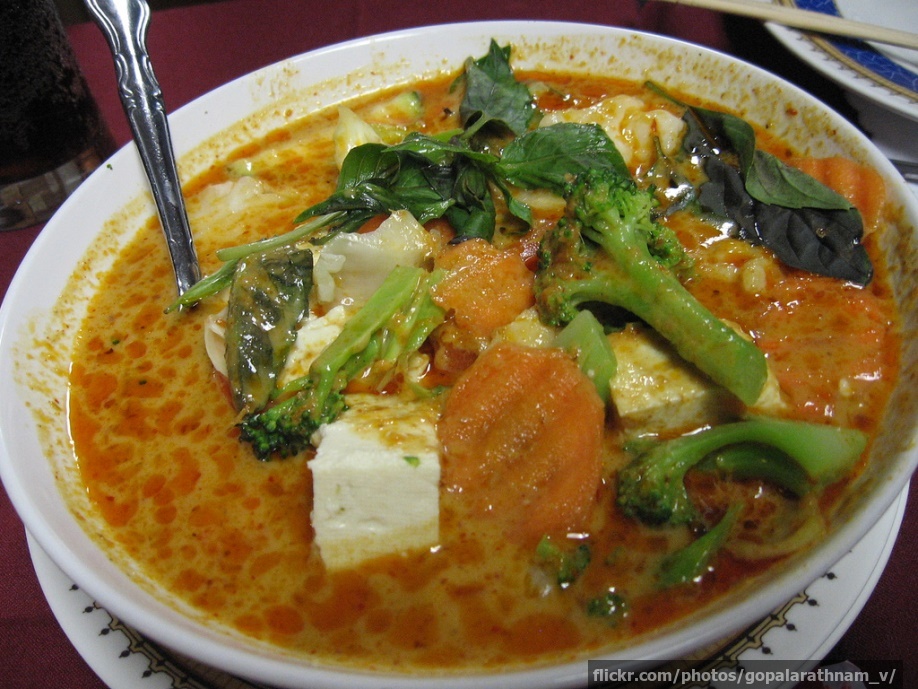 In addition to this, because you have to eat spicier food more slowly, you are more likely to stop when you are full. We can be guilty sometimes of scoffing our food down pretty quickly, and sometimes our brains don’t actually have a chance to acknowledge that we’re full, meaning we overeat. Personally, I don’t need any excuse for a green curry, but there’s a couple if you do!

Baby food | USA (do not try this at home) 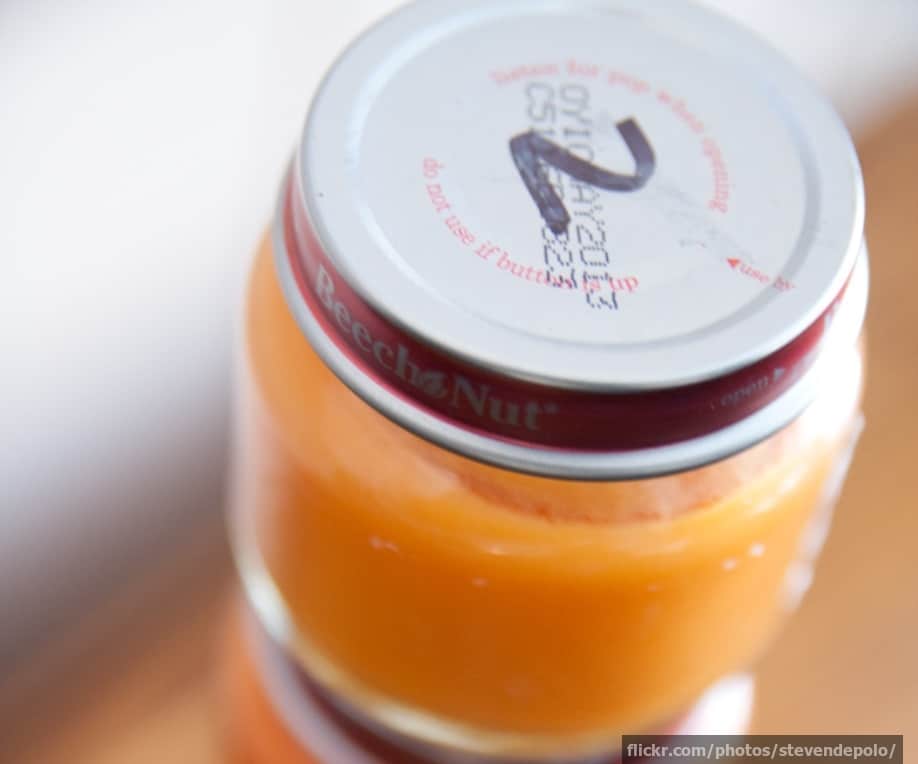 Fan of rusks, are we? Can’t help but redirect the carrot mush puree plane into your mouth? This weight loss diet plan was created by US fitness trainer extraordinaire Tracy Anderson, who has held the responsibility of training Gwyneth Paltrow, Madonna, and Jennifer Lopez! The idea is that you replace two daily meals with jars of homemade pureed baby food, yum!

The third meal of the day also has to be small, and your overall calorie restrictions are said to be 600 or less… It’s only fair that we tell you that there are many client testimonials that claim this to be a great way of “ridding toxins” and the like, if done for the suggested seven days. However, it’s not a regime that we would encourage people to try; perhaps we’ll leave this one for Tinseltown!