Home » Blog » 6 theories for the history of tapas

I can’t imagine you have ever really considered the history of tapas, have you? I mean, what’s to consider? Who doesn’t want a tiny plate of food with their drink? Actually, my 18-year-old self wouldn’t have; eating was cheating you see. It turns out, though, that there’s more to the history of tapas than “this seems like a nice idea”. 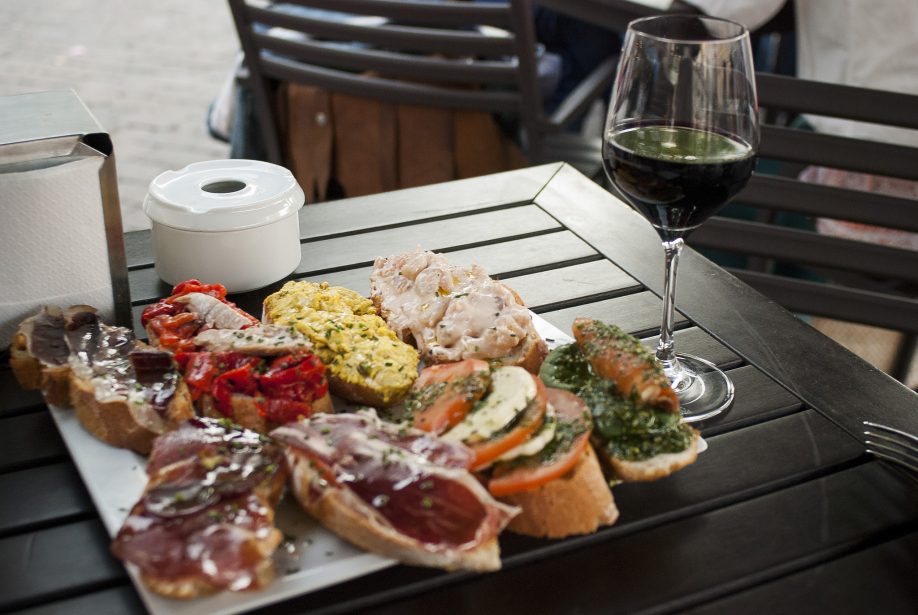 King Alfonso X (who reigned between 1252 and 1284 in those terrible days before travel insurance) became ill with goodness knows what. His doctor prescribed a small amount of alcohol, regularly. I immediately considered his doctor to be a charlatan, but I guess they didn’t exactly have many options in those days. Plus, sometimes when I feel sick, I really want a gin and tonic. Although it could only be the tonic part that I’m craving… Anyway, to stop the king getting absolutely battered they gave him little plates of food with his booze. The king recovered and believed that it was the tapas that cured him. After that, he insisted that wine could only be served accompanied with a snack, and to do otherwise was illegal. 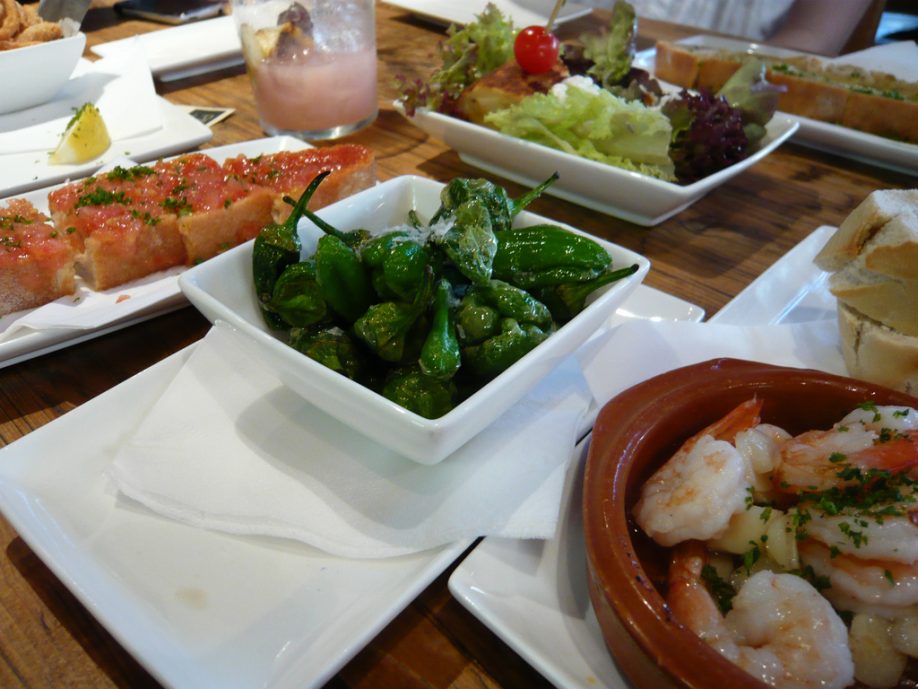 Before there was the variety of tapas we have now, there were just two options: a slice of bread, or a slice of meat. These boring slices were used to cover the sherry the customers were drinking, so that fruit flies wouldn’t get in and have a lovely time. Something that adds weight to this theory is that “tapas” actually means “cover” in Spanish, so it would make sense. The meat lid was usually chorizo or something equally as salty, which made people thirsty, which made them drink more. Soon, bartenders realised that giving away these bits of food raised their drinks profit by a long way. The tapas actually became more important than the sherry and that’s when all the exciting tapas came about.

This is another theory centred on the fact that tapas means “cover”, but in a different way. Apparently, tavern owners in 16th century Castile-La Mancha discovered that the taste and smell of mature cheese could cover up the taste of bad wine. That’s all very well, but wouldn’t it give the game away if you openly called the cheese a cover-up? Or maybe 16th century Spanish people didn’t care that the wine tasted bad; just as long as they got drunk. To be fair, I know people like that now. 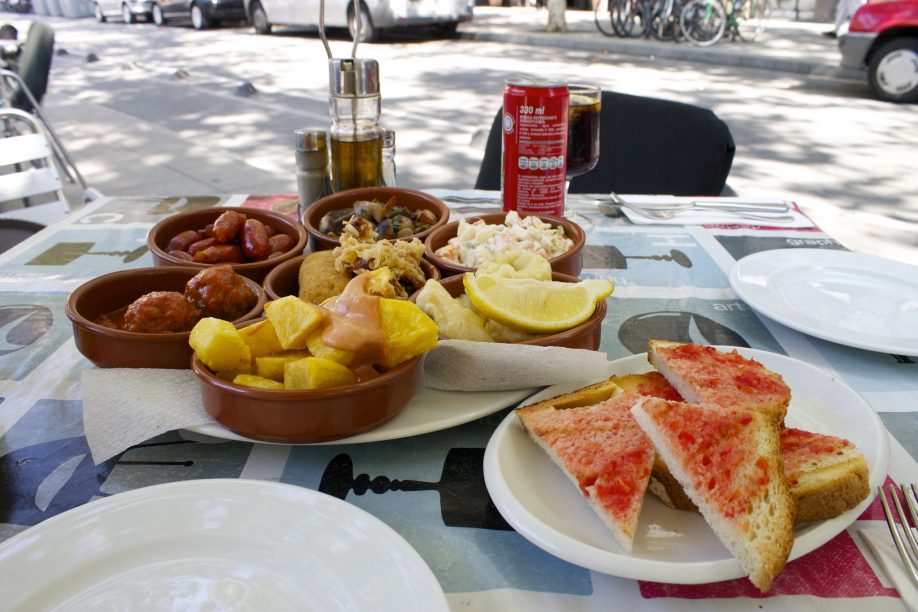 Back in the olden days (the 19th century), the roads in Europe weren’t very good. They aren’t particularly good now so just imagine what they were like then, without tarmac. So travelling across Europe was a slow and uncomfortable business. In Spain, there were plenty of inns that offered rooms, food and drink and somewhere for the horses to have a lay down for weary travellers. Since most people couldn’t read and write at the time, a menu would have been good for nothing. Instead, innkeepers would give their customers samples of food that was on offer that day, if they liked it they’d order it as a meal. 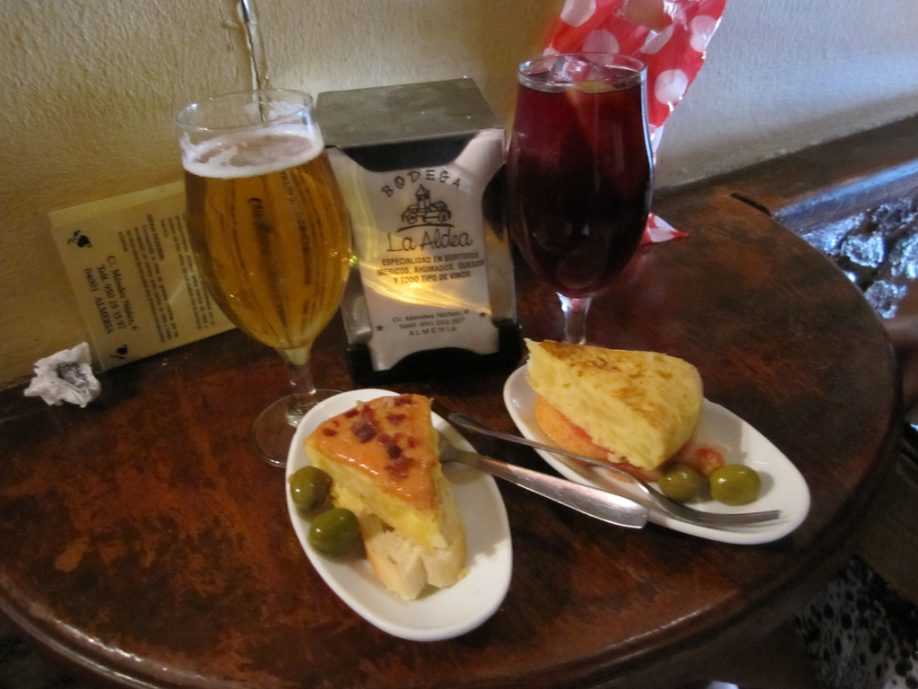 King Alfonso (another one) XIII who reigned between 1886 and 1931 stopped off at a tavern in Cadiz and ordered a glass of wine. Cadiz is very windy, so to protect the wine from getting sand from the beach in it, the waiter covered the glass with a slice of cured meat. The king evidently enjoyed this because after drinking his wine and eating his meat, he ordered another wine “with the cover”. 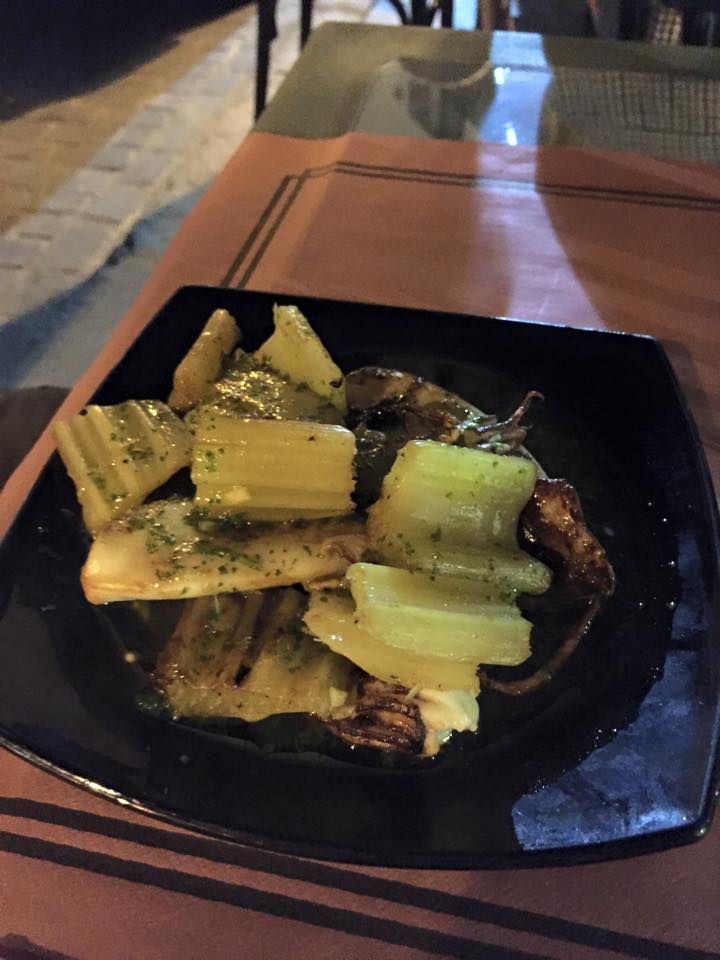 King Felipe III reigned between 1598 and 1621 and was known as the miserable monarch. Something that may have contributed to that nickname was the fact he couldn’t stand drunken behaviour. In an effort to curb such merriment, especially among soldiers and sailors, he passed a law which meant bartenders had to provide a small amount of food with the drink they sold, to line the stomach. If King Felipe wanted to stop people enjoying themselves, it didn’t work. He just made drinking more enjoyable.