As we’re so often reminded, breakfast is the most important meal of the day. It wakes you up after a night’s sleep, gets you ready for the day ahead and keeps you full until lunchtime. With such a vital role to play in our wellbeing, it’s perhaps surprising that so many of us leave control of our breakfast in the hands of a cartoon tiger.
Here in Britain, we consider foods as diverse as porridge, bacon and kippers to be specifically breakfast items. Around the world, people break their fasts with a bewildering range of different foodstuffs and seemingly nothing connects them other than the time of day they’re consumed. Let’s have a look at some of the more unusual ones: 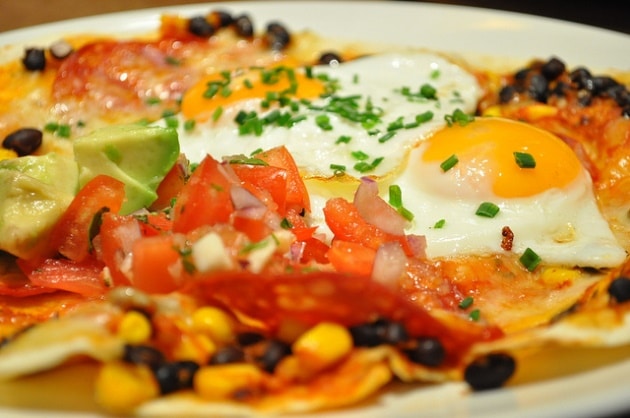 A popular breakfast dish in Mexico is huevos rancheros, which translates as ranchers’ eggs. Unsurprisingly, this is an egg-based breakfast in which the hen’s output is fried and served with tortillas, rice and a tomato and chilli sauce. 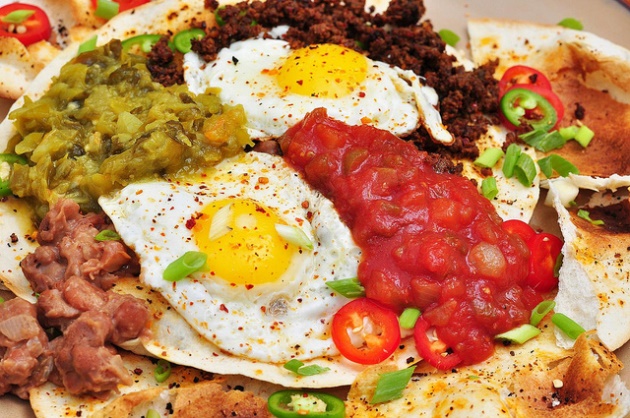 I’m no expert on Mexican food (I don’t even like Doritos), but doesn’t this sound exactly like every other Mexican meal? As far as I can tell the only difference is the eggs, but surely just adding eggs to something doesn’t mean that it’s suddenly transformed into an appropriate breakfast. If you’re friends with anyone from Mexico, please ask them about this (in detail) and let me know. 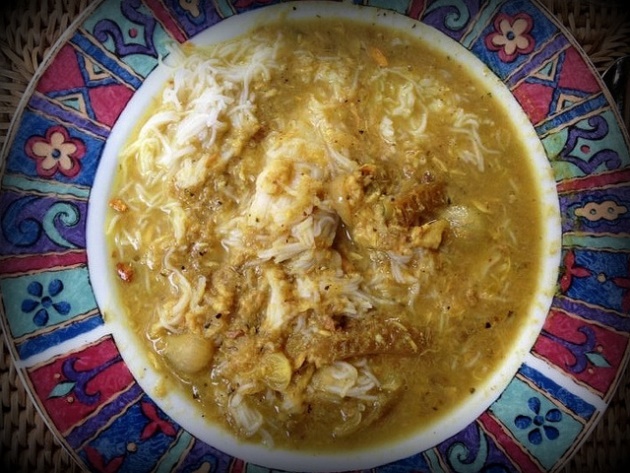 Burma’s favourite breakfast is mohinga – a meal so popular that it’s considered the country’s national dish. Like the full English, mohinga can be served any time as an all-day breakfast. However, rather than being normal, sensible breakfast foods (like sausages, mushrooms or black pudding), mohinga is noodles in a fish soup. 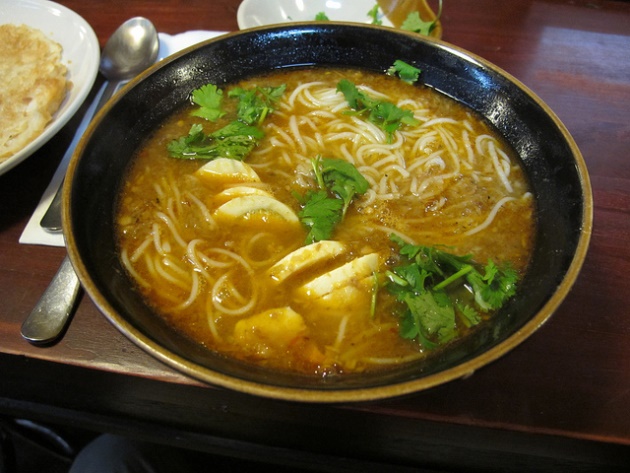 Along with the noodles, mohinga contains catfish, crushed rice and ginger. The fish soup is flavoured with lemongrass, chilli, coriander and lime. It might just be because I’m writing this at lunchtime, but it all sounds fantastic. I’d love to try it – just maybe not first thing in the morning. 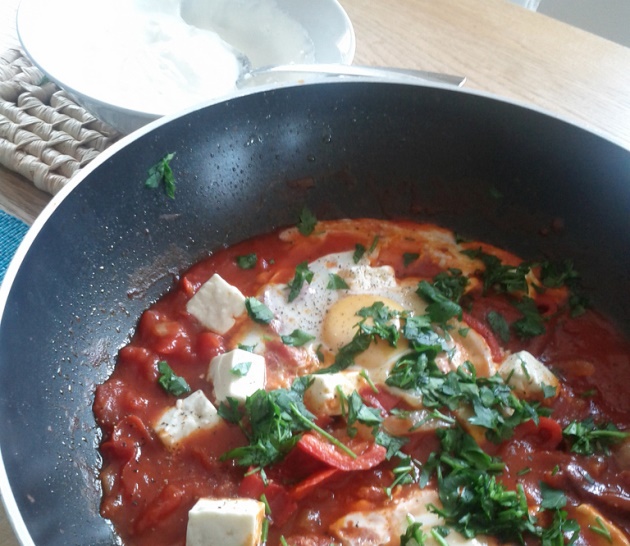 In Turkey, a popular breakfast is menemen – another dish where the addition of eggs seems to have turned a meal of onions, tomatoes and peppers into an acceptable morning food. In this case, the other ingredients are cooked in a pan and the eggs are scrambled in last. 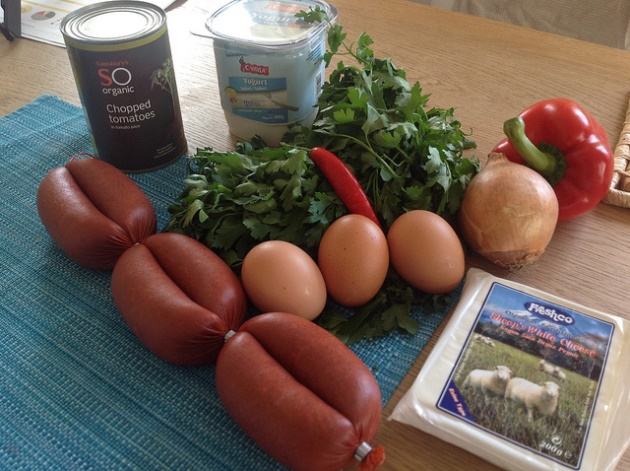 The word for breakfast in Turkish is kahvalti. This translates as “before coffee”, so perhaps menemen is best eaten before you’re fully awake. Whatever your level of alertness, if you’re going to try the oniony eggs, be sure to brush your teeth before getting to the office. 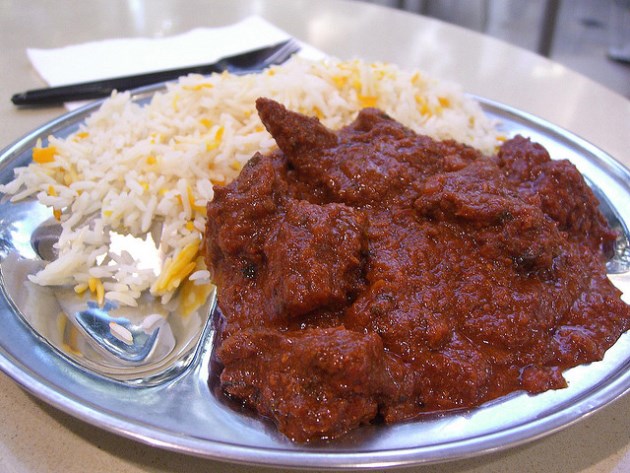 I had an Indian breakfast once. Well, I staggered into the lounge, found some congealed vindaloo on a plate, and quickly stuffed it into my hungover mouth before anyone could see me. As far as I remember, it was absolutely delicious. Feel free to take that as a recommendation. 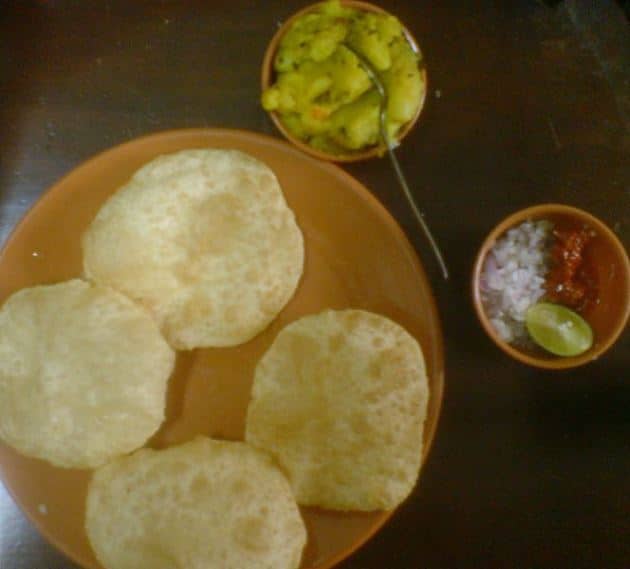 Traditional Indian breakfasts vary across the country. In the north, breakfasts are not too dissimilar to my own cold vindaloo experience (although usually vegetarian rather than containing lumps of dangerously ill-preserved chicken). A popular dish is puri bhaji – deep fried flatbreads with a spicy potato curry. It sounds yummy, although whether it would go well with a mug of hot tea is another matter. 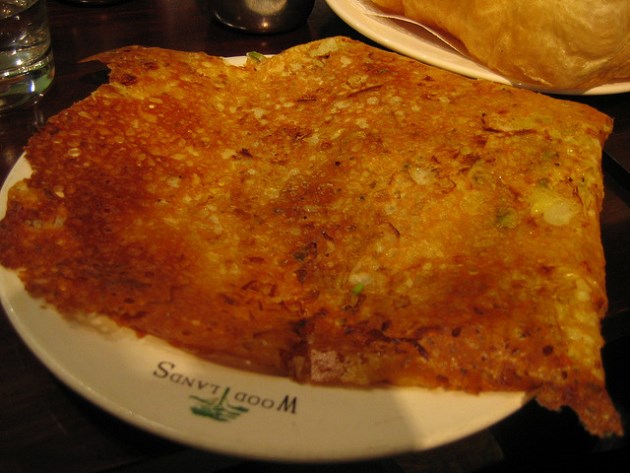 In southern India, breakfasts look more familiar and can consist of dosa (pancakes), idli (a type of cake) or vada (like doughnuts). However, fans of sweet, fatty foods should beware – the doughnuts contain potato, the pancakes are made of rice and the cake recipe includes fermented lentils. All three are savoury dishes and are usually served with chutneys or other spicy accompaniments. I’m sure they’re all lovely, just as long as you know what to expect. 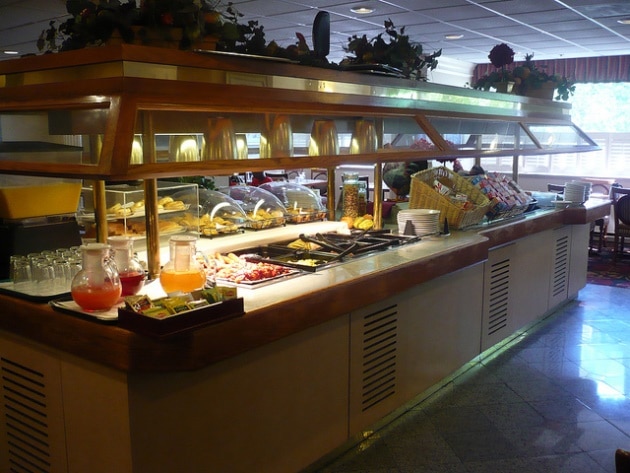 You may think the country that invented Golden Grahams would have breakfast sorted, but you’d be wrong. The Americans have continued coming up with crazy breakfast combinations and their morning meals now include a wide variety of sweet and savoury items, often on the same plate. 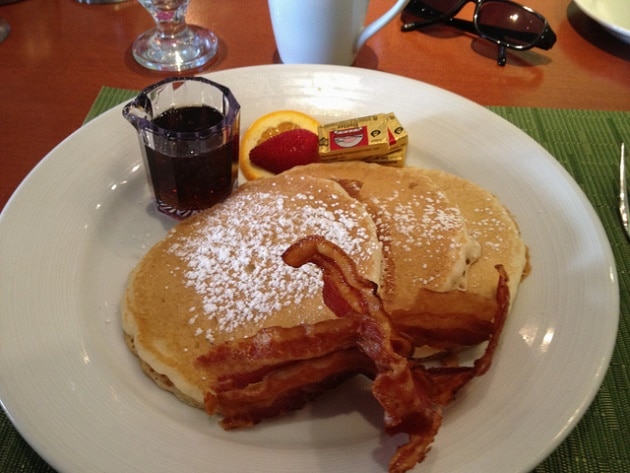 The breakfast buffet is popular in America and it seems likely that this has influenced their range of breakfast options. Whether or not you believe food can be kept warm and safe by a 100-watt lightbulb, there can be no denying that these buffets provide plenty of opportunity for experimentation. After all, there can be no reason for syrup-covered pancakes to be eaten with crispy bacon, other than as the result of a culinary mistake – apparently, American diners are unable to understand that foods served near each other shouldn’t necessarily be in your mouth at the same time.
Photo credits: London Chow, jeffreyw, kudumomo, Gary Soup, Joe Lanman, avlxyz, AroundTheGlobe, secretlondon123, linademartinez and simononly